Why is the Harper Regime Training Neo-Nazis in Ukraine? 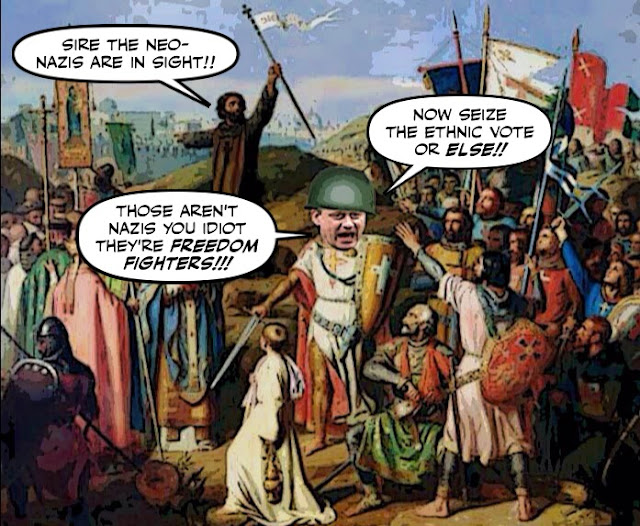 As you know Stephen Harper is leading the charge against the Russians in Ukraine, with his big mouth.

And to try to distract Canadians from all the other enemies he'd rather not face... 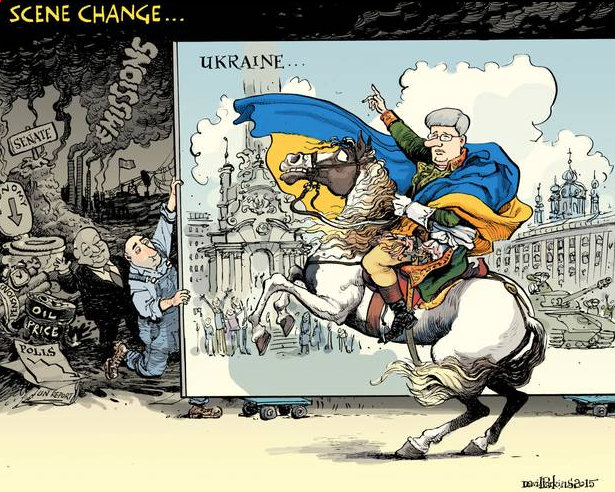 But if he is posing as a freedom fighter, why is he forcing our military to train neo-Nazis?

Last week, the U.S. Congress voted to explicitly prohibit American soldiers from training the Ukrainian militia unit known as the Azov Battalion. The reason the American lawmakers gave is the fact this rogue unit is openly rife with neo-Nazis in its ranks.

For while the Americans seem anxious not to back the Azov Battalion.

Originally funded by private donors, Azov drew into its ranks a large number of foreign volunteers, eager to fight for their fascist, anti-Semitic beliefs.

For very good reasons; they are more Nazi than the Nazis... 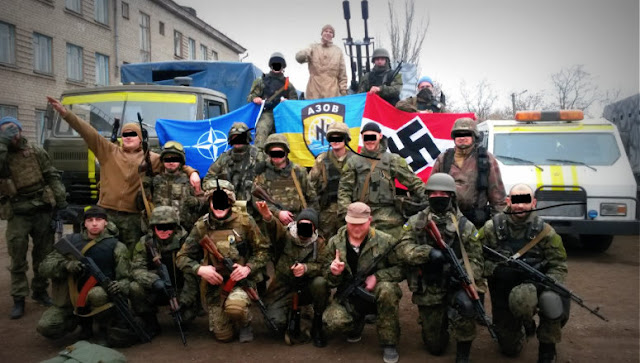 The Azov Battalion’s commander himself confirmed that as many as 20 per cent of his soldiers are, in fact, dedicated Nazis. For the record, at the height of Adolf Hitler’s power, fewer than 10 per cent of the population were actual members of the National Socialist Party.

Our hapless Defence Minister Jason Kenney just doesn't seem to get it:

When asked for a clarification vis-à-vis the possibility of our troops assisting right-wing extremists, the defence minister’s office stated that the Canadians would only be training the Ukrainian National Guard. Unfortunately for all involved, as of September 2014, the Azov Battalion officially became a member of that National Guard.

As loathe as the Canadian government is to admit that Ukraine’s security forces contain such unsavoury elements, it is imperative that we follow the U.S. lead on this and ban any and all support to neo-Nazi fascists, even if they are anti-Russian.

Or doesn't want to get it, for obvious reasons... 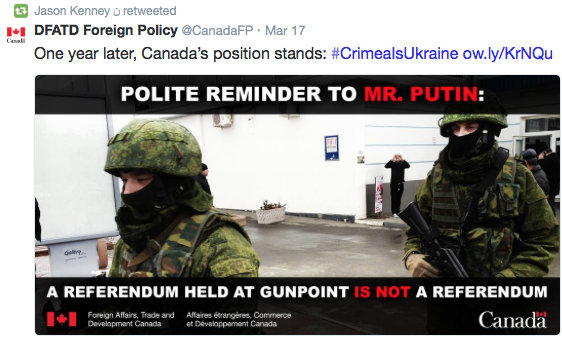 Because like Harper he too uses his big mouth as a howitzer.

One, how will Great Freedom Fighter Leader justify that decision to his VERY good friend Benny Netanyahu... 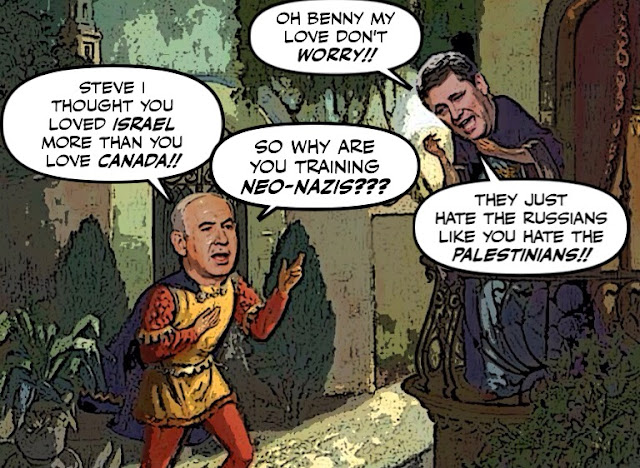 And secondly, and much much more importantly, how would he justify that decision to all the Canadians who died fighting the Nazis? 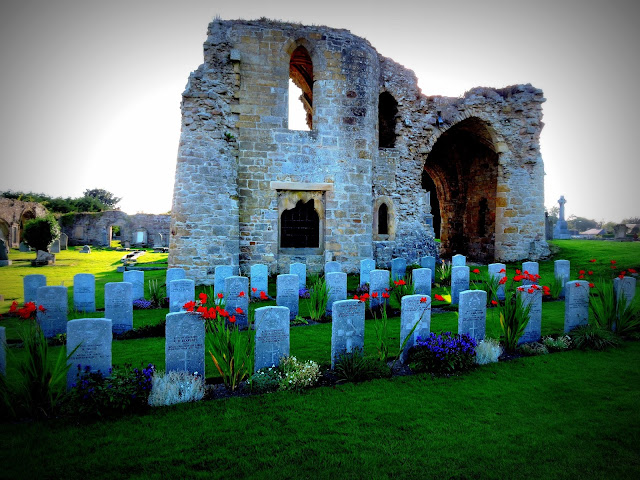 Or explain to them that he's just doing it for crass political purposes.

As one who tends their graves in small forgotten graveyards in the north of Scotland every summer, my guess is that they would be outraged as I am.

And all I can say is please remove the ghastly Con regime from power as soon as is humanly possible.

Before they betray our fallen heroes and our precious Canadian values as only Cons can.

Begone you foul un-Canadian monsters, your time is more than over...

Question is why Jewish Canadians are voting for a government that is supporting neo Nazis in the Ukraine?

Jewish Canadians get very offended if they perceive anyone speaking with disrespect of the Holocaust, so terrible an event it was. Thus, how could a community which has suffered such terrible treatment have no problems supporting a government that is supporting neo Nazis to win votes?

One would have to conclude either that some Jewish Canadian must have very short memories or they must feel their horrible experience entitles them to visit the same treatment on others (the victims of the neo Nazis in the Ukraine). Sad.

Thank you Simon for bringing this to our attention. It is indeed an important and exceptional question, given that the 'Strong, Proud, Free' Harperites have pinched their motto from the 'Free, Proud, Strong' (or whatever) from Canada's White Pride Nationalists.

Just like the US and UK supported Hitler prior to WWII, we're doing the same thing now in the Ukraine, all because we fear the 'communist menace' (ie. Russian socialism) more than we fear the repercussions placating the maliciousness of hateful Neo-Nazis.

Thus this becomes a double-win for Harper because so many of his messages are thinly veiled racist remarks and policies and it helps shore up the closet bigots that still roam this country.

Finally a more balanced picture of the conflict in Ukraine is starting to surface. A look at the population map of Ukraine shows that some of the eastern areas as well as Crimea are over 70% Russian speaking, its not surprising they would oppose the coup that transpired. Canada should be supporting the cease fire initiative rather than promoting further conflict. There are enough unavoidable conflicts in this world without deliberately promoting more in the name of some far right fundamentalist ideology. For Stevie and the Retro Cons fear, conflict, and the possibility of war are all means of control, much easier to play that game than actually deliver anything that improves the lives of Canadians.
RT