Why The Cons Are So Scared of the Emergencies Act Inquiry 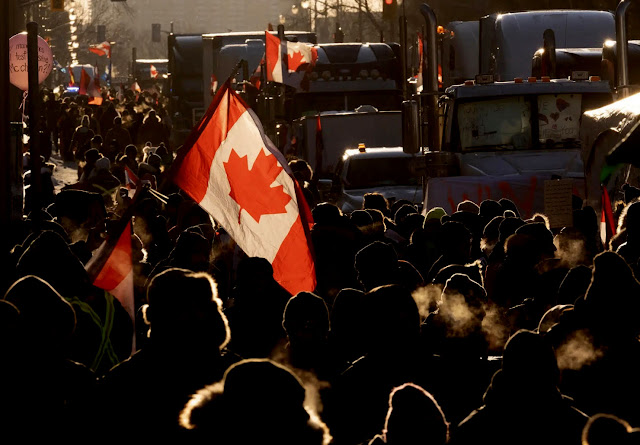 It was one of the ugliest protests in modern Canadian history. The invasion and occupation of Ottawa by far right truckers bent on overthrowing the Liberal government.

They blocked the streets around Parliament Hill for almost a month, honking their horns day and night, terrorizing residents, and along with their blockade of the Ambassador Bridge and other border crossings, they cost this country BILLIONS.

And if Justin Trudeau hadn't invoked the Emergencies Act, the nightmare would have gone on forever.

But don't remind the Cons about that horror show, because while they enjoyed the sight of the ugly mob going after Trudeau...

The Wonderful Humiliation of Pierre Poilievre 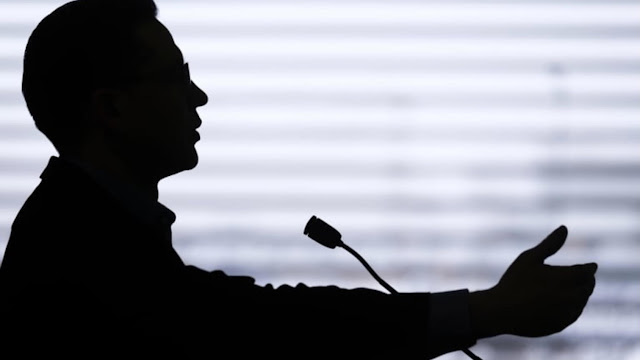 There are about a thousand things I would rather do than write another post about Pierre Poilievre.

But I feel I have no choice because our shabby Con media is letting that ugly fascist get way with murder.

And has not even bothered to challenge some of the dangerous nonsense pouring out of his every orifice.

But at last that could be changing.

The Grotesque Hypocrisy of Pierre Poilievre 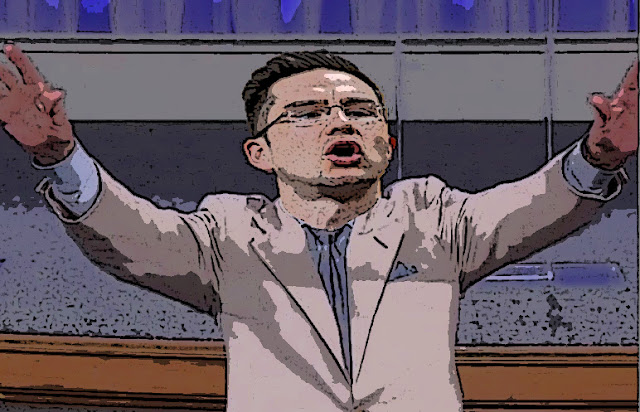 Pierre Poilievre has always been a grotesque Con man, who lies like a thief, and thinks he can get away with anything.

He claims he stands for FREEDOM or FREEDUMB.

Even though during the dark days of the Harper regime he tried to suppress the votes of millions of Canadians, and turn our country into a prison state.

His claim that he can give Canadians back control of their lives is equally absurd, and verges on the fraudulent.

But this is his biggest scam, and the most hypocritical. 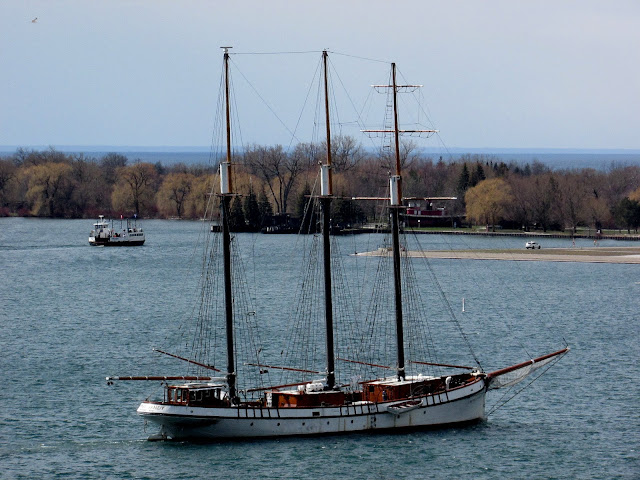 In the Toronto waterfront neighbourhood where I live, Spring is finally making its presence felt.
So I was feeling great the other day, and dreaming about the even sunnier days ahead.
Then I remembered that Pierre Poilievre was holding a rally that evening, just TWO blocks away. And my day clouded over quickly.
I didn't really want to check out his hideous rally,  but I felt I had no choice.
Read more »
Posted by Simon at 3:53 PM 12 comments:

The Ugly Truth About The Con Monster Pierre Poilievre 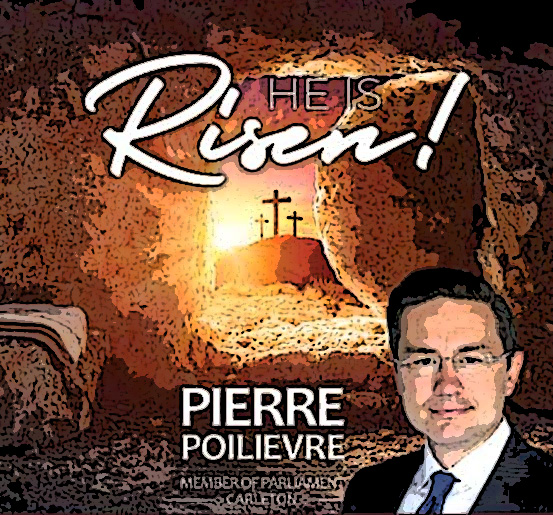 Last year this poster caused a bit of a scandal, when some people accused Pierre Poilievre of pandering to social conservatives by suggesting he could rise from the dead like Jesus.

So this Easter, he changed the wording to "Christ has risen."

But sadly for us, and Canada, the change came a little too late.

For some of his fanatical supporters really do believe that he is the Con messiah.

The Over Hyped Rise Of the Con Clown Pierre Poilievre 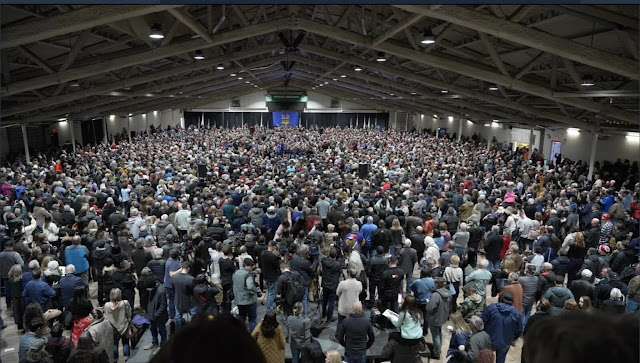 It was the largest Pierre Poilievre rally ever. About 5,000 people come out to support his kooky campaign to become Con leader.

And our shabby shuffling right wing media was so wowed, some of them are now even predicting that Poilievre could become Prime Minister.

But don't worry it was just Calgary. It was just a large crowd of mostly old white Cons, looking for a new Con messiah before they drop dead.

And Poilievre is not going to be able to play Crypto Jesus for much longer.

Pierre Poilievre and the Trumpification of Canada 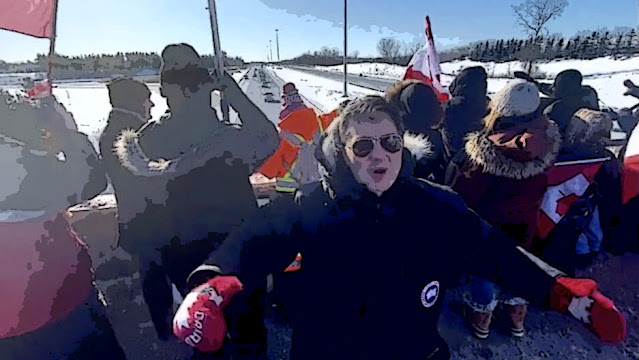 When the so-called Freedom Convoy invaded Ottawa Pierre Poilievre was there to welcome them with open arms.

He supported them, he defended them, he brought them coffee and donuts. He started using the word "Freedom" all the time, to let the hairy honkers know that *wink* *wink* they had a real friend in Pierre.

Now he wants them to return the favour, and help make him Con leader.

Only to have Jean Charest use that sordid relationship against him.

The Disturbing Gospel of Pierre Poilievre 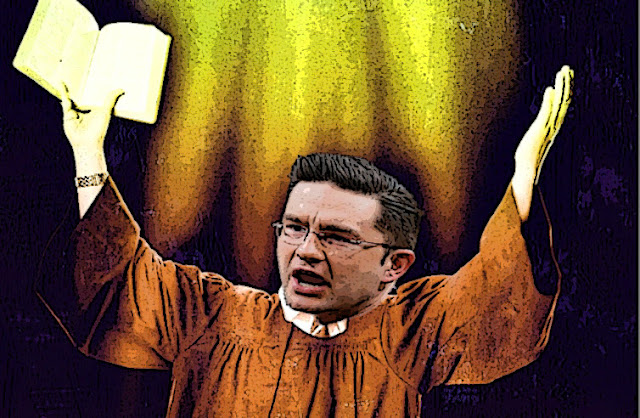 Pierre Poilievre has been setting a frantic pace in the Con leadership race, and seems to be easily outpacing the other candidates.

In case you hadn’t noticed, Poilievre has been pulling enormous crowds as he tours the country in support of his bid....To a Conservative membership fed up with losing, Poilievre is something akin to a religion.

But if it's a religion, it's a weird one, and the Gospel of Poilievre is deeply disturbing.

Putin's War and the Horror of Genocide 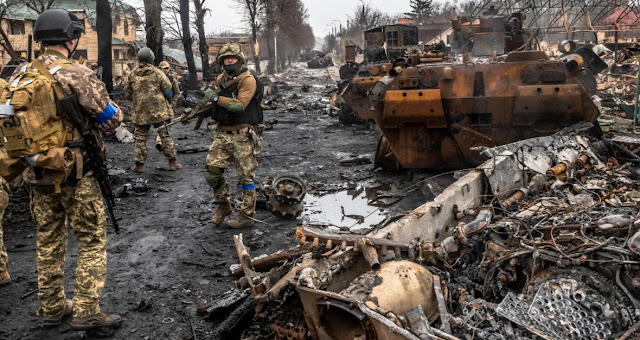 In the midst of all the destruction, it should have been a celebration. A moment to celebrate having driven the Russian invaders out of several villages on the outskirts of Kyiv.

But then the Ukrainian army discovered what Putin's beasts had been up to during their occupation of villages like Bucha.

And it's a real horror story

How The Toxic Trudeau Haters Are Poisoning Our Democracy 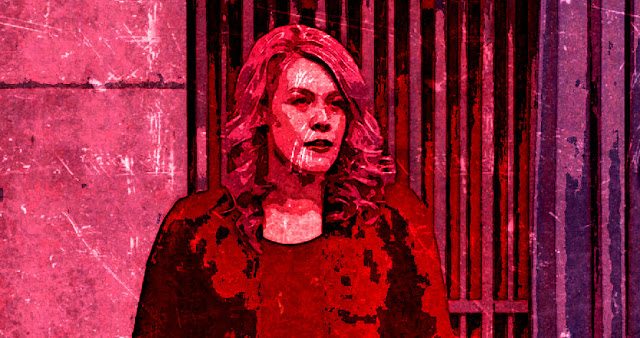 In my last post I wrote about how the far right religious fanatic Rachael Thomas had called Justin Trudeau a "dictator."

After consulting a dictionary and/or her Bible.

It was such a kooky comment it made her look like a SoCon Carrie, getting ready to set the House of Commons on fire.

But sadly, she isn't the only toxic Trudeau hater spewing crazy nonsense in every direction.