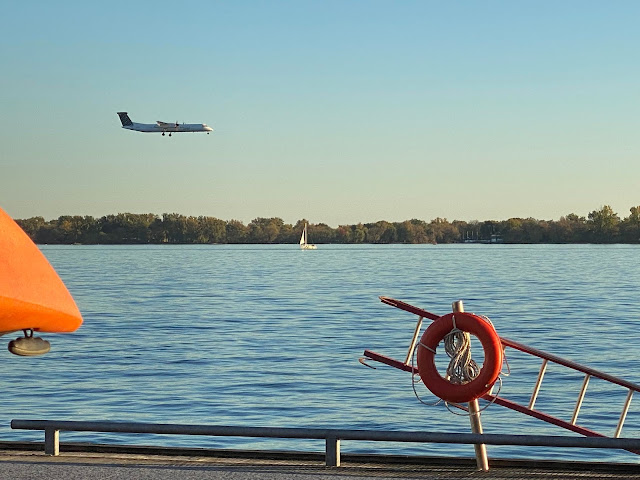 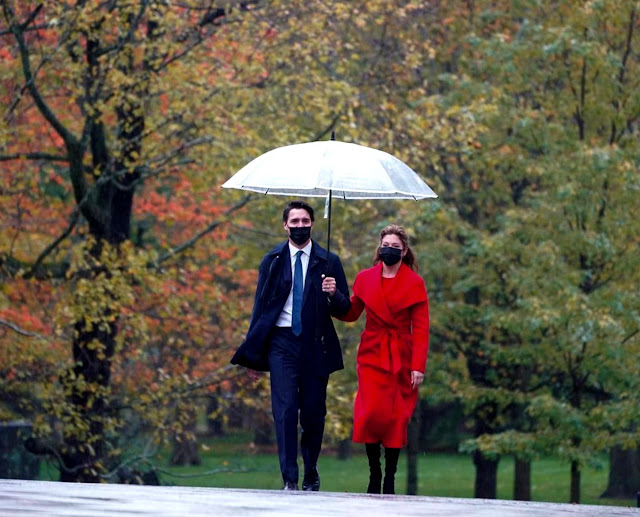 Justin Trudeau walked up the drive way of Rideau Hall yesterday, with his wife and a big umbrella, looking very calm and confident.

The Cons, the NDP, and the monkey media had been screaming that he was taking too much time to swear in his new cabinet.

But when Trudeau finally revealed who was in that team, it was clear that the wait was worth it.

For this is some cabinet.

Erin O'Toole and the Nightmare of Leslyn Lewis 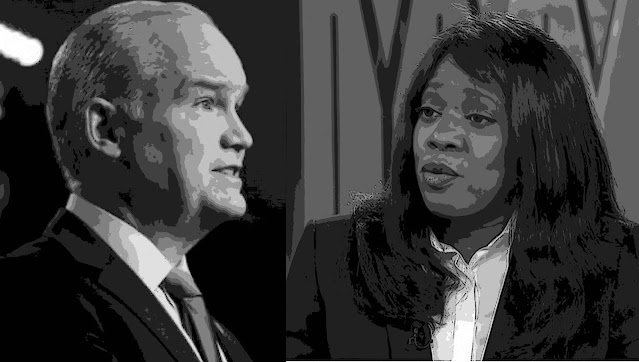 Erin O'Toole is trying so hard to make us believe that he's no longer the monstrous leader who flip flops all the time like a fish out of water.

For first he was against a House of Commons vaccine mandate. Then he changed his mind.

Conservative Leader Erin O’Toole says his party will respect a new ruling requiring all MPs who enter the House of Commons precinct to be fully vaccinated – even though some of his MPs have objected to the policy.

And now the fish is flip flopping again.

Erin O'Toole and the Moral Depravity of the Cons 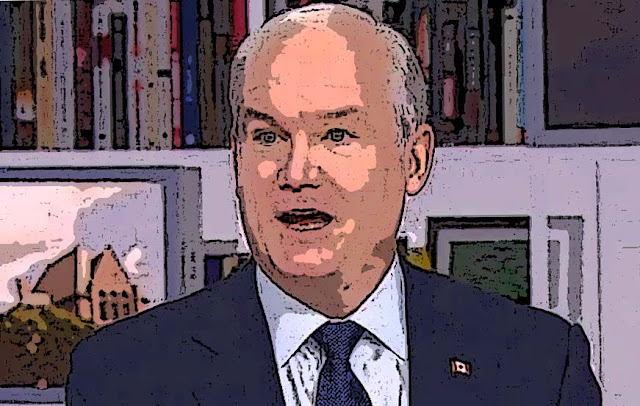 Well, Erin O'Toole finally crawled out of the place where he has been hiding, looking like a talcum powdered mannequin.

And in an interview with TVO's Steve Paikin tried to make Canadians believe that he wasn't humiliated by Justin Trudeau.

And that he would have won if Trudeau hadn't bribed people with CERB payments.

Are The Loser Cons Condemned To Destroy Themselves? 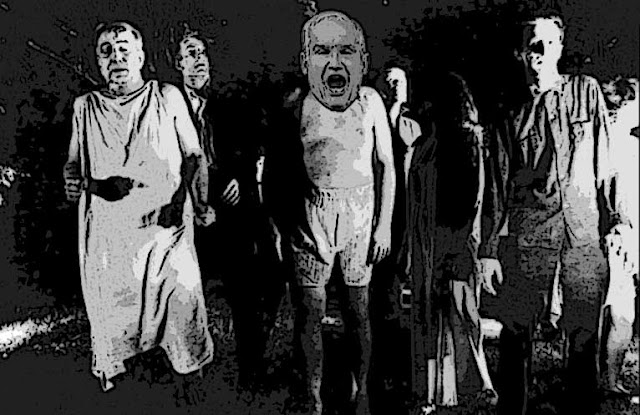 I've been waiting to hear from Erin O'Toole, after his humiliating defeat at the hands of Justin Trudeau, left him looking like a zombie from The Night of the Living Dead.

I wanted to know whether he would acknowledge that his relentless smearing of Trudeau got him absolutely nowhere.

And that just about everything his very expensive foreign advisers told him to do, was a total waste of money.

But it seems that neither him nor his loser Cons have learned a thing.

Thanksgiving Day 2021: And Some Reasons To Be Thankful 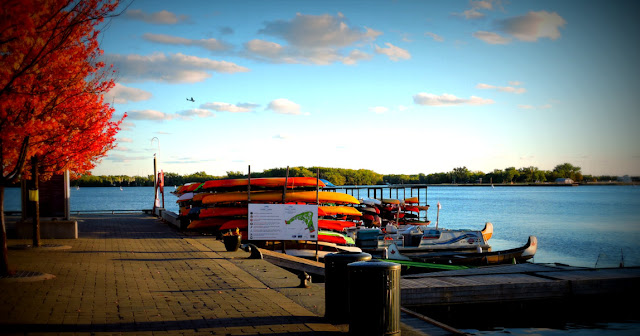 It's Thankgiving Day in Canada. In the place where I live it felt like a warm summer day.

And this year I have so many other things to be thankful for, I don't even know where to begin.

But let's begin with these heroes.

How The Liberal "Psychos" Are Pounding The Con Media 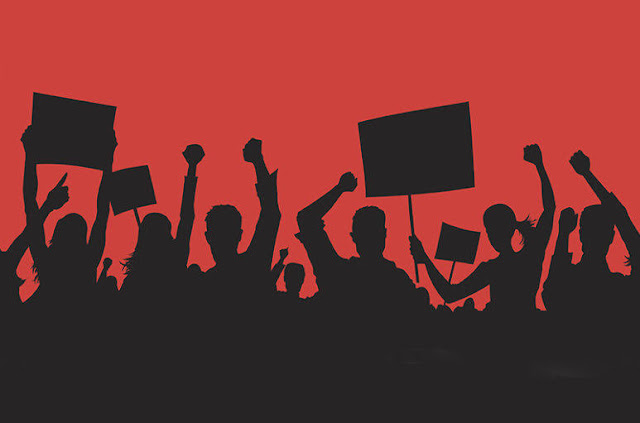 By Canadian standards it's practically a revolution. Tens of thousands of angry Liberal supporters going after our ugly Con media.

They are accusing them of trying to steal the election with their naked bias, and of using the Tofino fake scandal to try to get Justin Trudeau to resign.

The revolutionaries even have a Twitter hash tag #CdnMediaFailed that has been trending for days.

And has so disturbed the media conglomerate, the bullies are complaining that they're being bullied.

Justin Trudeau and the Shrinking Of Erin O'Toole

As you may have noticed Erin O'Toole has been keeping a low profile since Justin Trudeau whupped his Cons by more than forty seats.

The ghastly little Con hasn't dared say a word, lest he annoy his own supporters and make them even more determined to knife him in the back.

But yesterday he was forced to meet with his caucus, and when he emerged from that meeting he was declaring victory.

How The Tofino Farce Set Off An Anti-Con Media Revolt 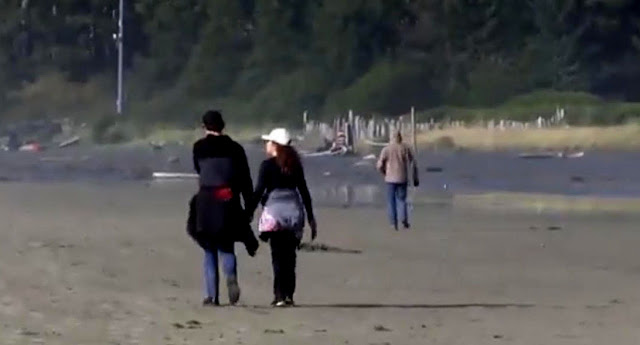 It was the shortest fake scandal this country has ever known, and the lamest.

It only lasted two days, before it fell as flat as the waves on the beach at Tofino.

And while Justin Trudeau must have been disappointed by having his well deserved holiday disrupted by the Con media.

Nobody was more disappointed than the Con fluffer David Akin.

Justin Trudeau and the Tofino Farce 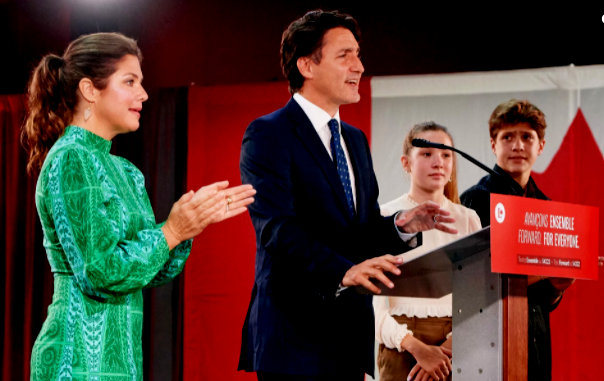 It's been more than ten days since Justin Trudeau won the election, leaving his Con and NDP opponents lying on the canvas licking their wounds.

And/or licking each other.

But still some in the loathsome Con media are refusing to accept that the election campaign is over.

And are still looking for fake scandals to try to bring him down.