The Cons and the Monstrous Con Convoy Show 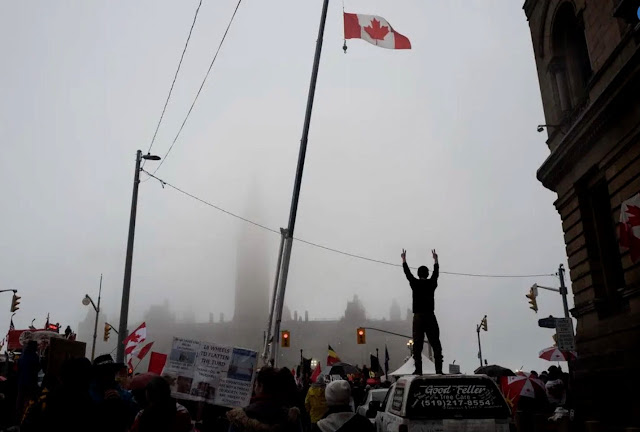 I never believed that the far right trucker's occupation of Ottawa was all about vaccine mandates, or bouncy castles, or as one kooky Con called it Canada's Woodstock.

And after watching the Emergency Act inquiry I see I was right.

That bestial spectacle wasn't really a protest, it was a Con attempt to overthrow a duly elected government.

And what made it even worse was that it had all the elements of a fascist conspiracy.