Pope Francis and the Moral Revolution to Save the Planet 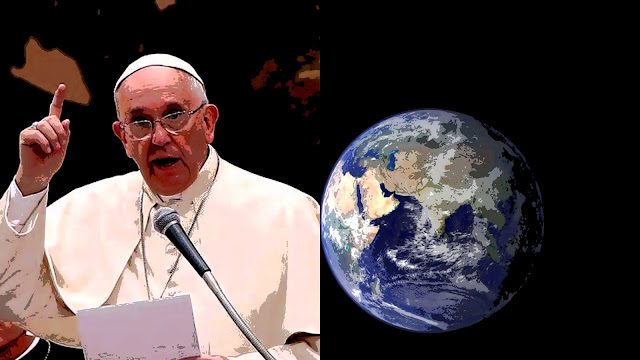 His enemies tried to undermine Pope Francis' encyclical on climate change by leaking it before it was officially released today.

But it's still an incredibly powerful document.

Pope Francis on Thursday called for a radical transformation of politics, economics and individual lifestyles to confront environmental degradation and climate change, as his much-awaited papal encyclical blended a biting critique of consumerism and irresponsible development with a plea for swift and unified global action.

And what makes it so powerful for me, is its call for a moral revolution.

Climate change, the mass extinction of species and the poisoning of the oceans have been unfolding like slow-motion disasters for decades and universally damage the lives of the poor for the benefit of the rich.

Yet for many people these planetary crises have not felt, deep down, like moral issues. They are too distant in time and space, affecting people we don’t know and creatures we have never heard of. As coal, oil and gas continue to be burned, and emissions rise, the risk of floods, famines, heatwaves and refugees that will affect us all rises. And yet so little has been achieved to curb the use of fossil fuels.

The pope provides the clearest and loudest moral case yet for action now, firmly rooted in justice for the world’s poor. 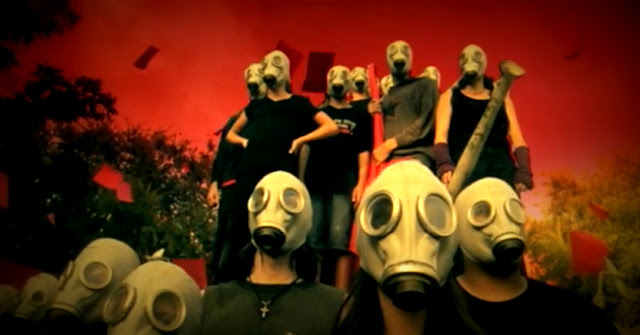 You know, my differences with Christianity, the religion I was raised in, have nothing to do with the message of love of its founder, which is one I share.

It is based on my refusal to accept the existence of a heaven, to which we can escape after having treated this planet as a mere waiting room for something better.

When my scientific beliefs tell me that energy cannot be created or destroyed. So all those who ever lived are still with us today.

In the trees and the flowers and all the other natural wonders that surround us. 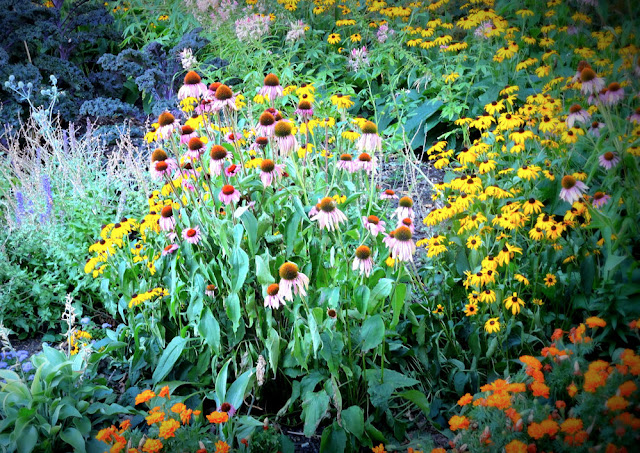 And my equally firm belief that this beautiful little blue ball is our heaven and our hell... 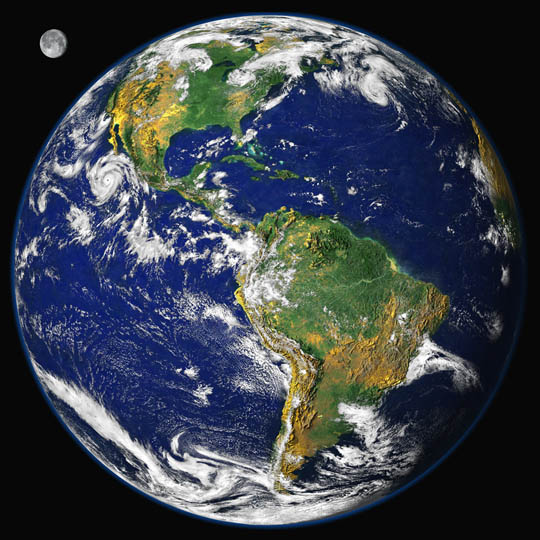 And the actions of those who have inherited it, will determine what it will become.

Which is something this monstrous climate change denier will never understand... 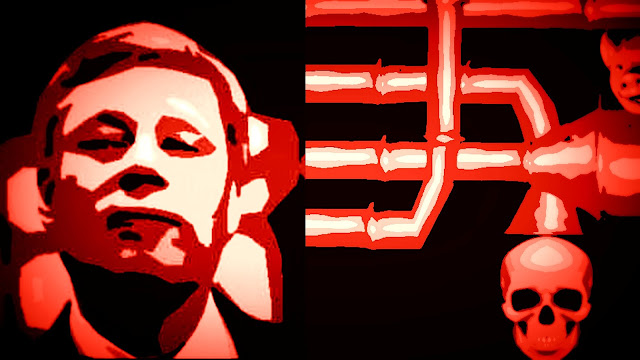 Who would help destroy our only home in the name of short term greed.

I also have my differences with Pope Francis because the Catholic Church is flawed as are so many other faiths, who still refuse to accept the equality of women, and the humanity of LGBT people.

But on this issue I am with him all the way. I welcome and share his call for a moral revolution.

And since I know he has many powerful enemies who will seek to discredit him, and even try to destroy him... 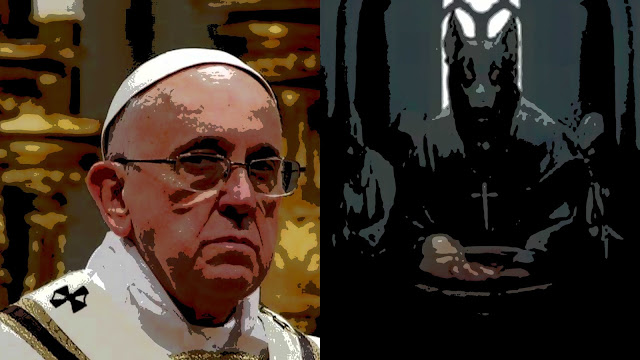 I will pray, in my way, for his safety.

And hope that he can take his message to the meeting on climate change in November, so all the leaders who have failed our planet so badly can hear him.

Or in the words of the Brazilian climate change activists who made this fun video.

As you can see, unlike so many in this country, including many in the blogosphere, I refuse to surrender to despair.

Because to do so would be to betray the future, and all those who will follow us.

I know we can do it because we must. And that the first thing we Canadians need to do is defeat the foul Harper regime. Because until that happens change won't stand a chance.

I want to live in a moral country.

I want my Canada to help save the world...

I firmly believe most Canadians want Canada to help save the world Simon. First we need to throw Harper to the curb and become a serious force in changing how the greedy live like kings while the planet burns. They need to start cleaning up the mess they created by pouring trillions into revitalizing this planet or somehow, someway, strip them of their wealth and do it ourselves. I know it sounds unrealistic but there is power in the people and power in numbers. This beautiful planet needs it now more than ever.
JD

That video is wonderful. Does it exist in any other languages? Portuguese of course, but also Frankie's mother tongues: Italian and Argentine Spanish. Of course a version in French for ecosocialists here would be a bonus,

I've actually been reading the encylical (in Italian). I never thought I'd read a contemporary Catholic document so seriously, except of course for ones by oppressed Indigenous Catholics in places like Guatemala.

I lived in Umbria, the original Francesco's country. I hope you get there some day; it has a particular grace, and always has been a leftie place.

In a few days, on the summer Solstice, it will be National Aboriginal Peoples Day, and I hope the drum will ring out for our planet and its creatures.

hi JD....yes, I have confidence in the decency of most Canadians. Many have slept for too long, but are now finally waking up. Surely most must realize that we're not dealing with a real Canadian government. That our country and its democracy have been hijacked by a maniac. And that if we can't save the world for future generations we will not be able to live with ourselves, and will live in shame forever...

hi lagatta....yes it is a great video, and what I especially like about it is that it doesn't make the situation look hopeless, which is all too common these days. And yes, I read the I read the encyclical myself, which is definitely a first. I was even thinking of quoting a prayer for humanity that is included in the encyclical. But I thought that might be a bit too much for an atheist like me.;) But yes it is a powerful moral message, and it couldn't have come at a better time. It needed to be turned into a moral crusade and now it has. As for whether there are other copies in other languages, I don't know. But here is the website with the Portuguese version.

.A pope for the 21st century, like something from Dan Simmions.

Thanks! Sending it to a Brazilan friend who is a prominent ecosocialist.

Separation of Church and State? So, we can ban abortions then right? No? Oh, you mean you didn't actually read Laudato Si, you just lied about it so that you could use the Holy Father to beat up on people you don't like?

And what of the separation of Church and State? How easily we abandon our principles when it suits us.

How about you stop using the Successor of St. Peter to beat up on people you don't like? How about, if you believe that this is a good document, you actually implement the things it says, and enter the Church? You won't do that, because ultimately, you aren't the giving generous person you believe yourself to be. Ultimately, you are a petty, selfish, unrepentant, arrogant, holier-than-thou Canadian.

And before your indignation causes you to reply with a snide remark, as is your way, yes, I'm the very same. That's exactly why I need the Church so desperately. The only difference before God is that I make it a point to deal with my sins in confession.

It's not too late for you. But time seems to be growing very short indeed.

"Real relationships with others, with all the challenges they entail, now tend to be replaced by a type of internet communication which enables us to choose or eliminate relationships at whim, thus giving rise to a new type of contrived emotion which has more to do with devices and displays than with other people and with nature."

And Simon's response to the Holy Father's exortation?

"We must unite all decent Canadians to defeat the monstrous Stephen Harper and his depraved Con regime."

Instead of you know... talking to us, trying to understand, come to points of agreement... It's all about bashing Conservatives.

Sing it with me now!

If it weren't for double-standards progressives wouldn't have no standards at all!

Oh Jeebus, what a nasty fellow!

Simon: The Bible says the founder of Christianity (Jesus) was beamed up into heaven from the Mount of Olives (Acts1:9) and will beam down to the same spot in the future (Zechariah 14:4). 8-)

If we could fast-forward to the Day of Judgment for Stephen Joseph Harper, I imagine we would see him tugging on Saint Peter’s robe and tearfully begging not to be sent down to Hell with the rest of the unrepentant global polluters.
I can see Saint Peter shaking his head in disgust as Harper tries to argue that balancing the budget was an overriding priority that justified the sacking and muzzling of Canadian environmental scientists.
Once Harper realizes that phony economic argument is not working, he will try to divert Saint Paul’s attention by launching into to a lecture about the imminent threat of jihad terrorists attacking Heaven.
Saint Peter, who will be aware Harper once wrote a book about hockey, will say with a sardonic smile, “Stephen J. Harper, I’m sending you down to play with Satan’s Sinners.”