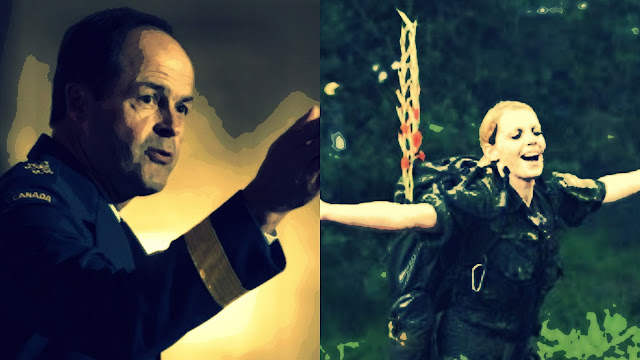 I've never had much time for Gen. Tom Lawson, our country's top soldier.

I believe he has helped turn our military into Harper's Army. And has not done enough to fight this hideous problem.

The Canadian Armed Forces perpetuates a sexualized military culture that is hostile to women and gay members, and harassment and assault are often tolerated by senior officers, according to a report released Thursday.

But this is the absolute limit. 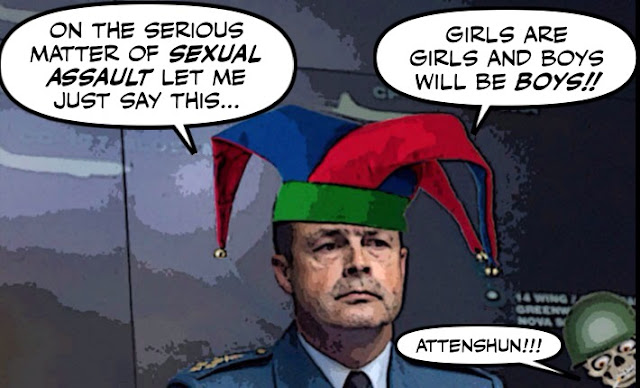 Sexual harassment is still an issue in the Canadian Forces because people are "biologically wired in a certain way," Chief of the Defence Staff Gen. Tom Lawson said Tuesday, drawing outrage from opposition politicians and on social media.

"Much as we would very much like to be absolutely professional in everything we do, and I think by and large we are, there will be situations and have been situations where, largely, men will see themselves as able to press themselves onto our women members.

Because firstly it helps explain why the military has been dragging its feet for so long, even though they have known about the problem for years.

And it will not give women who serve with distinction in the Canadian forces any confidence that anything will ever be done to correct it. 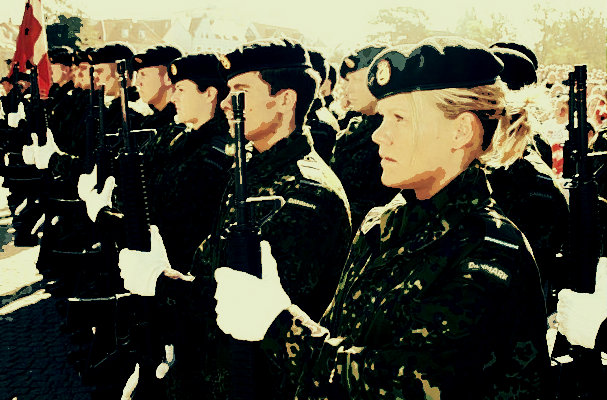 And secondly, does Lawson seriously believe that men are "biologically wired" to do this?

Participants reported of dubious relationships between lower rank women and higher rank men, and date rape. In extreme cases, sexual violence was used to enforce power relationships and to punish and ostracize a member of a unit.

The use of the word “cunt” is commonplace, and rape jokes are tolerated.

Because if he does he must be out of his mind. And has in addition to everything else insulted every decent male in this country.

Because while I will admit that many men, including myself, are wired to do stupid things like fight too easily. And that is something I have had to struggle to overcome when confronted by bullies or bigots.

My list of male stupidities, and those of every male I know, straight or gay, doesn't include sexual assault or rape.

And so outrageous is Lawson's suggestion, that this belated apology is worth NOTHING.

"I apologize for my awkward characterization, in today's CBC interview, of the issue of sexual misconduct in the Canadian Armed Forces. Sexual misconduct in any form, in any situation is clearly unacceptable," the statement said. "My reference to biological attraction being a factor in sexual misconduct was by no means intended to excuse anyone from responsibility for their actions."

And he should resign immediately.

And while we're at it, so should his boss Jason Kenney, for having remained silent about the problem for so long.

Which as I have pointed out before speaks volumes about him... 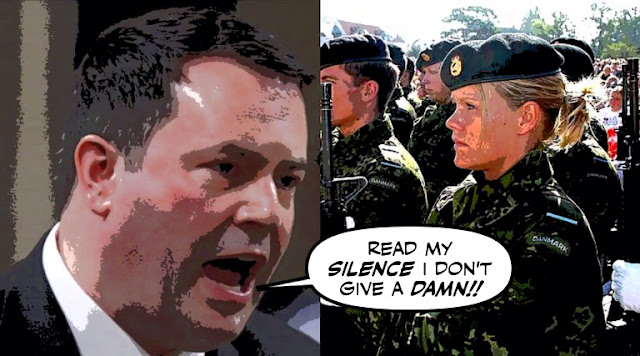 The Cons have corrupted everything they touch.

We need to declare war on sexual violence in this country.

And the day we take our country back, we'll take our army back as well...

This surprises no one..unfortunately, military culture in many ways resembles prison culture, and the sexism that is pervasive in the Canadian military is at berst, tolerated, and at wprst, the brass look the other way or are active participants..
Interesting, isn't it, that you wrote about the Pope, who is under siege for making a small effort to clean up the pervasive corruption and sexual exploitation so pervasive in the Church, not to mention climate change, and oh what a busy fellow he is, yet you draw no parallels..Pope Francis is much like Obama, floating into power with the promise of progressive thinking, yet stymied by those surrounding him..
The Canadian military isn't much different, power bases being what they are, those who have the power do not wish to be divested..ergo..2015, the year of coulda, woulda, shoulda....and the pope should probably watch his back. I wish his thinking were as liberal in regards to women, but we can't have everything...

Good blog, Simon!
Under no circumstances is this conduct of Lawson acceptable nor can it be dismissed. It is manifest of the rape culture that festers in the CAF.

Breeding tolerance for sexual violence in Canada starts with a criminal code that does not define rape. Rape culture in Canada is a serious problem and while a few people have raised their eyebrows in social media there still seems to be a prevalent view that "boys will be boys".

Meanwhile it turns out that actually women are better fighters. When motivated by the need to protect children and their families and to maintain their human rights, women are significantly stronger, no-nonsense, combattants as in northern Syria and Rojave. Is sexual violence being used as Archie Bunker would to "stifle" the women?

Males using sexual violence as a devices for power and control in the military may end up getting heir asses kicked if the same "boys will be boys" logic were applied in reverse. For example, if somebody touches you improperly, lady, shoot them.

In parts of the world we have now observed it has come to that. Men still hold the upper hand as one-in-four or more women are being raped, but look at recent escalation of penis amputations done by Thai women. ...'sayin.

It would be better that the Canadian Armed Forces quashed the rape culture and got down to business of executing their mandate which is primarily national defence and peacekeeping (the CAF is NOT a war-fighting military as is the US Armed Services) instead of being shot up by Peshmerga in Iraq whom they may be predictably but unwittingly training to fight the next civil war against their Kurdish brothers and sisters to the south--or the Iraqi government in a secession bid; and watching at home the rust drip from their sinking supply ships.

The Canadian military has become a disgusting rape joke because the brass believes 'we're biologically wired in a certain way that rape's Ok'. It's a top heavy military filled with misogynistic fools. Rape is no joke.

The RINJ Foundation urges the Prime Minister of Canada and the Minister of National Defence to immediately demote Tom Lawson to a rank below Colonel so that he does not retire as a member of the General Staff. The Government of Canada has lost control of its military, a dangerous thing to happen in a democracy. It needs to regain control and firmly condemn the rampant problem of rape within the Canadian Armed Forces.

hi mizdarlin....the most outrageous part of this scandal is that the military and the government have known about this problem for years but have hardly lifted a finger to correct it. And I don't accept the excuse about so-called military culture. I know enough soldiers thanks to my partner's former occupation, to know that they are not all like that. And that if there are rotten eggs in the force, it's because the rot starts at the top. I believe an army should reflect its nation's values, and I won't settle for anything less...

Not just the CAF but also in another male dominated federal 'force' the RCMP and most Police 'forces' in Canada...