The Con Clown James Moore Jumps Off the Harper Ship 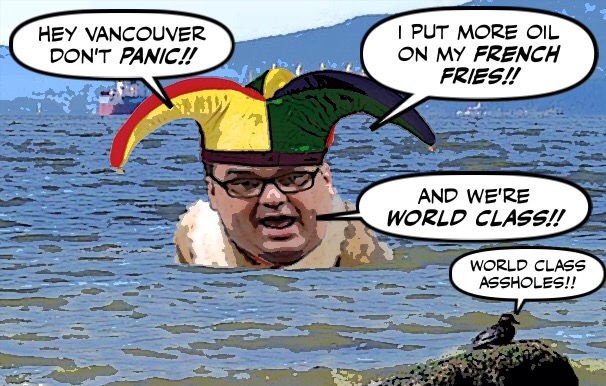 Well the last time we saw James Moore he was bobbing up and down in English Bay claiming that the Con's pathetic oil recovery effort was "world class."

But now I'm delighted to report, the Con beluga has spouted his last blast of hot air, slipped below the surface.

And become the latest high-profile Con to abandon Stephen Harper.

Industry Minister James Moore will not be running again in the upcoming federal election in order to spend time with his family and care for his young disabled son, according to a statement released on his website Friday afternoon.

"Balancing family responsibilities while in public life is always a challenge. This is particularly true when you have a child with special needs," the statement reads.

And although Moore claims he's leaving the sinking Con ship for family reasons, like Peter "Dumbo" MacKay and so many others have also claimed.

I'm pretty sure that he's also leaving so he can claim his pension before the law changes after the next election, and he has to wait until he's 65 instead of 55 to collect his pension.

Which considering he's only 39 could mean waiting a LONG time, and a BIG chunk of change. 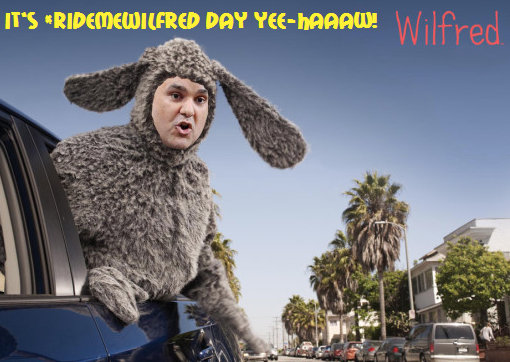 Of course, I don't give a damn what the Cons are alleged to do in their private lives.

Or who they ride.

At least most of them anyway.

So I've never mentioned that story before, even though it's all over Ottawa, that little Peyton Place on the Rideau.

And the only reason I'm doing so now, is because I've always thought that Moore's concern for children was somewhat limited. 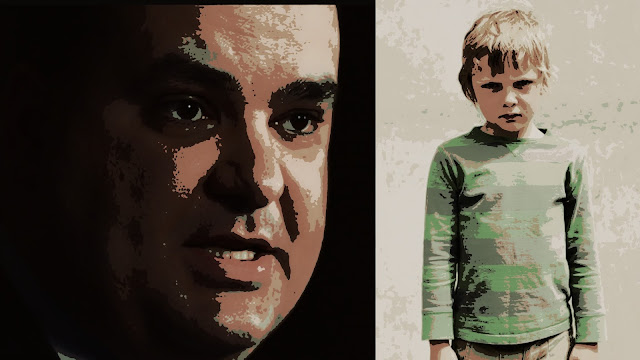 It appears the federal government won’t be helping BC get out of the top spot when it comes to child poverty. “Is it my job to feed my neighbour’s child? I don’t think so.”

That from Federal Minister of Industry James Moore who is also the Member of Parliament for Port Moody—Westwood—Port Coquitlam. He says it’s the responsibility of the provinces to deal with child poverty, and Ottawa has no plans to step in.

That comment really bothered me. And I really hate hypocrisy.

So while I wish his kid the best, and will wave at Moore as he rides off into the sunset,  because he wasn't the worst Con we've ever known.

I really won't miss him at all.

But you can bet six sixteen boxes of donuts that Stephen Harper really will... 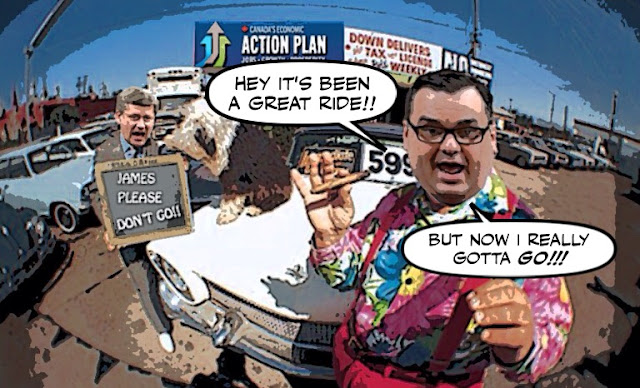 Because he's now lost so many big name stooges one really has to wonder whether his Con regime is a government in name only.

And who I wonder will be left behind? 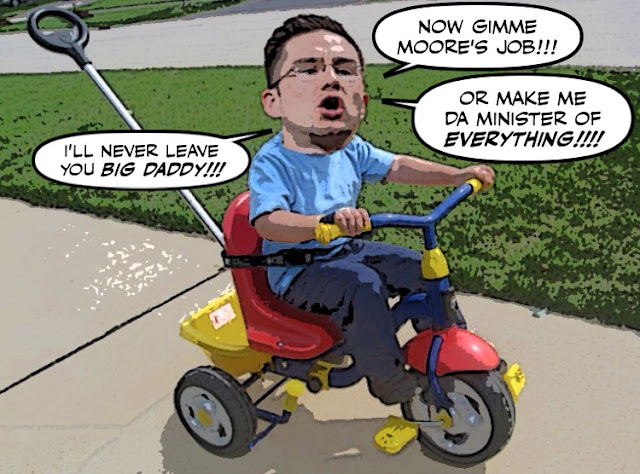 Yup. The Cons are all pedalling off into the sunset.

Their ghastly ride is almost over.

Don`t forget this from James Moore.."It`s not up to the federal Government to feed your children"

And this shocker, James Moore channels the dead in Lac Megantic Quebec....He claimed the victims wish they had an oil pipeline..Here is that viral post.

hi Grant....thanks for reminding me about the Lac Megantic coment. I was going to close comments to avoid having to censor any vulgarity, but I changed my mind. Especially since a friend also reminded me of what Moore did to the CBC.

I notice that some in Ottawa are crying crocodile tears over Moore's departure, but I'm not shedding any....

Wilfred, another purveyor of moral family values takes a walk. Even Conrad Black, a staunch conservative and no stranger to controversy has decided to distance himself from this rotten Con regime. Just waiting for Mulroney or another credible representative from the former Progressive Conservative party to formally disown them and pull votes away from them. They just cannot take a chance on a soft landing type election loss and regaining control afterwards. They need to speak out now, send the Neo Cons to a crushing defeat and then rebuild. Silence is tacit approval and whether the Cons win or loose the Progressives will be done for a very very long time if they continue to remain silent and let the few poison the traditional conservative family and everyone around them.
RT

If you compare the send-off the Con-Artist Party of Canada gave Dumbo MacKay to the one they gave Wilfrid Moore, there's a stark difference.

My guess is that James was somewhat encouraged to go for fear that attention on Dr Senator Man of God Don Meredith might extend to Free Willy..

After Baird resigned, I said to watch for MacKay, Moore, and Chong to resign. Two down, one to go.

hi anon...I hope that the supporters of the former Progressive Conservative party finally make their voices heard. For this is their chance with the Harperites never looking more vulnerable. But even if they don't polls show some of them have been transferring their loyalty to the NDP and the Liberals, and others may decide simply to stay at home and not vote. The Cons already have the smallest pool of voters, so any defections or abstentions could prove catastrophic....

hi Eager Beaver....yes I'm sure the prospect of another scandal weighed heavily on Moore's mind. For he couldn't have made a more sudden exit. And it is a huge blow to the Cons in BC who are already under pressure from the NDP. And as many in the MSM are pointing out, it leaves the Harperites with a peewee front bench....

Simon: I was curious why some commenters were referring to James Moore as "Wilfrid". So I googled "wilfrid james moore". And .... woh .... found the Frank Magazine allegations, which, if true, could certainly explain why "Wilfrid" has chosen to so hastily ride off (ha, ha .. ) into the west coast sunset, coming after the juicy allegations about Pastor Meredith, eh?

Now that Moore is leaving federal politics will he head into provincial politics. Well they do need someone to replace Christy and the rest of her caucus and he'll fit in. The B.C. Lieberals have ensured we are NO. ! in Canada in Child Poverty, with no poverty reduction plans. Moore will fit in very well. Perhaps he can get a job with one of the casino corporations and learn a tad more about money laundering through them.

There is talk they may run the former mayor of Surrey, Diane Watts, as a star candidate for the Cons. Well at least she knows cons. They have enough of them in Surrey and they shoot up the streets regularly. it all started on her watch.

hi anon....yes I didn't elaborate on the Wilfred story, because as I said in my post, I don't want to dwell on the private lives of the Cons. And the only reason I did was that I knew the story was all over Ottawa, and Moore's explanation for leaving in such a hurry struck me as outrageously hypocritical. But yes, that's our Cons, and I can't wait until they all leave Ottawa...

hi e.a.f... the speculation is that he will bide his time, and should the Reform wing of the Cons come to a sticky end, make a bid for the leadership of a more moderate party. Of course, as you know I am a strong supporter of Jason Kenney, in the belief that should he become leader there won't be any party left...