Stephen Harper, Don Meredith, and the Deathly Bigotry of the Cons 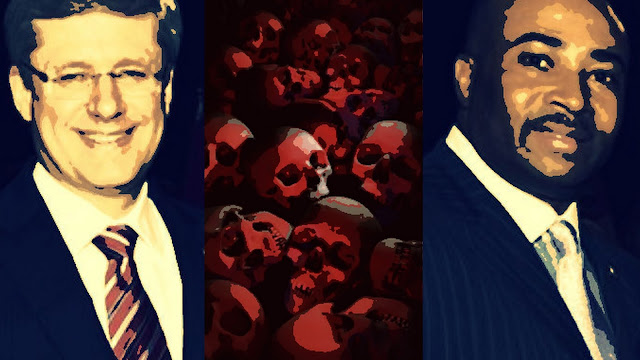 It's been two days since senator Don Meredith resigned from the Con caucus after being accused of having a sexual relationship with a teenage girl.

And since then the Cons have been desperately trying to distance themselves from yet another of Stephen Harper's stellar appointments.

But they cannot or will not explain why Harper would appoint a man to the Senate who was once rejected as a candidate by Ontario's Progressive Conservatives.

“We talked to him, we met with him, and we rejected him,” said a provincial Conservative insider, who spoke on condition of anonymity so as not to be seen questioning Harper’s judgment.

And with good reason. For it was all about pleasuring his rabid religious base, and all about bigotry.

To understand that you have to go back to October 2007, when the Cons dumped their candidate in the riding of Toronto Centre, a lawyer named Mark Warner.

And replaced him with Don Meredith.

And then read what Warner had to say about that, in a TV interview I recorded at the time, and saved the transcript in my archives... 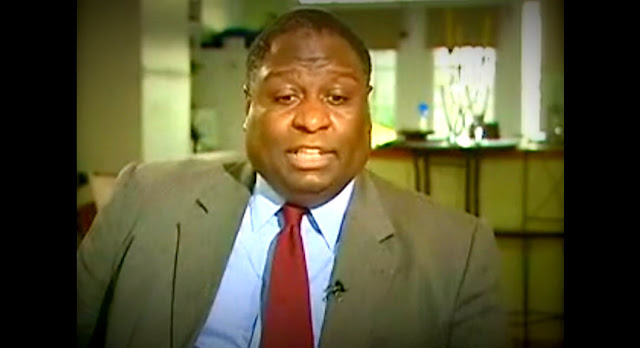 "On my bio it references the fact that I had attended the International AIDS Conference in August of last year. My riding has as you know a large population of lesbian and gay people...and also people across the board who are interested in that issue. And I felt it was important to signal to them that this is an issue I've done a lot of work on, and I think it's important.

For some reason when my bio went up to Ottawa it (the AIDS reference) was excluded when it came back down. I had heard at various times that they had objected to it. People had objected to it being in my literature.

Meredith finished fourth in the 2008 election capturing only 12% of the vote, but two years later was appointed by Harper to the Senate.

Where he was a ferocious opponent of LGBT equality, and two years ago said this about a bill that would extend human rights protections to transexual Canadians. 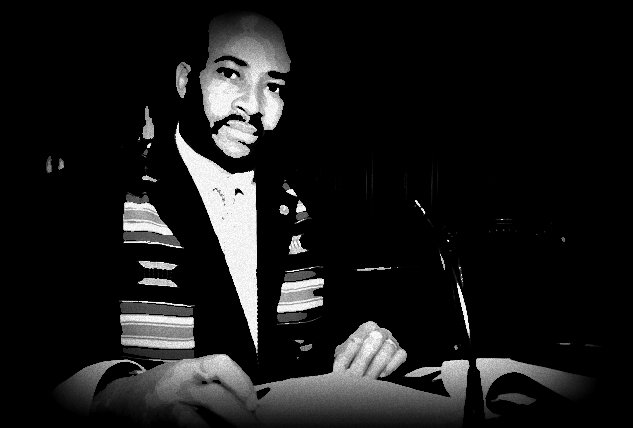 "Certainly not all transgendered people are sexual deviants, but it cannot be ignored that there are certain individuals who could use this proposed legislation to prey on society's most vulnerable - our youth.

Meredith ended his argument by saying it is "offensive that people would even consider putting women and children at risk unnecessarily. If passage of this bill results in the potential for exposure to harm of even one woman or child, that is one woman or child too many.

Which couldn't be more disgusting, or as it turns out more hypocritical... 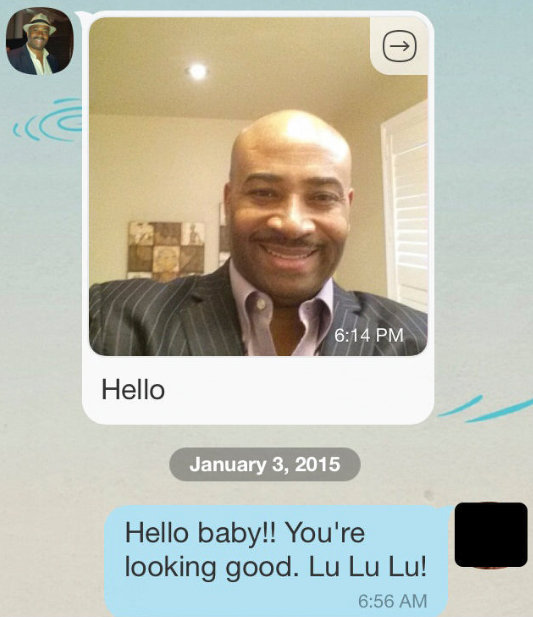 And if you thought that Harper's sleazy judgement and anti-gay bigotry was buried in the past, think again.

Because recently his bestial Cons have been quietly working behind the scenes to encourage protests against a plan to modernize Ontario's sex education curriculum, drawn up by the province's Liberal government.

In the hope of using that as a wedge issue against the federal Liberals and their leader Justin Trudeau.

And if you want to know what that protest is all about, all you have to do is check out this horrifying video...

So you can clearly see that it is nothing less than an assault on LGBT Canadians, and an attempt to sacrifice innocent children on the altar of bloody intolerance.

And the good news? If Harper was hoping to use that filthy bigotry against Justin Trudeau he appears to have failed miserably.

An internal poll for the Ontario Liberals has big implications for Justin Trudeau and his team of federal Liberals. It shows that Kathleen Wynne’s controversial updating of the sex-education curriculum is popular among Ontarians.

The poll of 1,124 Ontarians has 56 per cent of respondents saying they “strongly support” the change and 23 per cent “somewhat support” it compared to 20 per cent who were either “somewhat opposed” or “strongly opposed.”

And the bad news? Harper is still trying to use bigotry as a wedge issue. 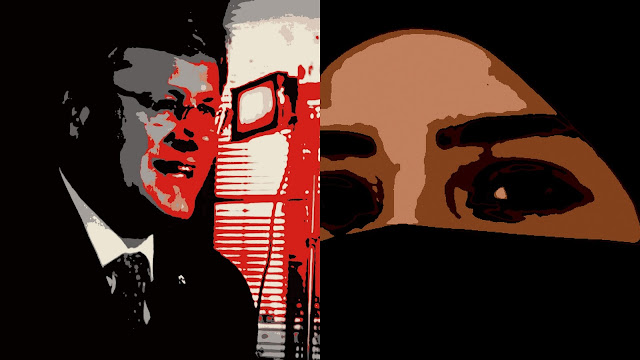 Minister of Multiculturalism Tim Uppal says Sikhs should not be asked to remove their turbans for airport security checks, but that Muslim women wearing the niqab — a veil over the face — must remove it for citizenship oaths.

As Parliament rose Friday for the summer, he introduced a last-minute bill banning the niqab at citizenship ceremonies.

With a bill whose reasoning has been rejected by the courts, and is nothing but baloney.

Whatever the merits of the government's arguments about Canadian values and gender equality, the contention that face coverings must be banned in order to verify identity does not hold up, given the multiple other ways in which citizenship applicants must prove their identity.

Or yet another attempt to stir up genocidal hatred against a minority group.

And all I can say is that I have been fighting for human equality from the age of thirteen, and I know a bully bigot when I see one... 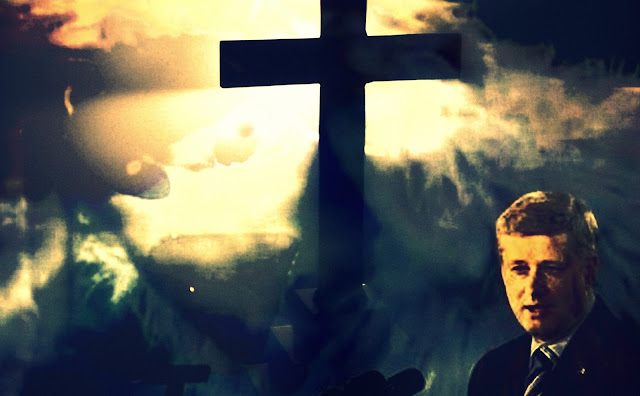 Stephen Harper is the lowest and most foul leader in Canadian history, a dangerous religious fanatic, and a diseased political pervert.

He is poisoning this country by trying to turn Canadians against each other, for crass political purposes.

And if he is not defeated, sooner or later he will destroy it...

hi David...I've never said that all Christians think like Harper. In fact, I consider myself to be more of a Christian than Harper, and as you know I'm an atheist. But as a humanist I despise bigotry more than anything. Which also explains why although I don't like the idea of niqabs myself, I'm willing to defend the vey small group of Canadians who wear them, from those who would whip up hatred against them for crass political purposes....

I'm not surprised a majority of parents want the schools to teach the new sex ed program. it saves them from having to explain it all.

Enjoyed the article and some background on the issues. We didn't see it in the MSM out here in B.C. Another reason bloggers are important.

Its like a blind Aryan nation took charge of our government and took a twit named Tim Uppal to preach nonsense about clothing. He's a hypocrite.

hi anon...thanks. I just thought that people should know the real background of the Meredith story, and be reminded is still playing his bigot games. Just thinking about him disgusts me, and the only consolation is that in a few months I'll never have to think about him again...

hi e.a.f....the old sex-ed curriculum was so outdated it didn't take into account such things as the internet, so the new one is definitely better, and was the product of enormous amount of consultation with experts and parents. So what you saw ion that video is for the most part just religious extremism. But as for Meredith, I'm surprised the MSM hasn't taken a loser look at his past....

hi anon...yes I thought Tim Uppal should be ashamed of himself. He wears a big turban, has a beard that hides his face, and show know all about the struggles against bigotry Siks have had to wage in this country. Stephen Harper really does corrupt everything he touches....

In the meantime, here's a spot of good news from a tiny speck in the South Pacific:

There is a long history of "hate/violence" between Muslims and Sikhs in India. I'm sure some of it has travelled to Canada.

In our society many do not see "an injustice to one is an injustice to all". I think Tim Uppal falls into that group. Its the old "divide and conquer" technique. Harper and his cons have used it well.

I can remember, not that long ago, the papers/news, etc. were full of screams of outrage that Sikh men would be able to wear their turbans while serving as RCMP officers, going into a Legion, etc. Now its accepted as normal.

Tim Uppal just doesn't get it. He ought to try reading the history of Sikhs in B.C. He'd understand what it actually means in the history of Sikhs to be able to wear his turban in Parliament, yet would refuse a woman the right to wear a veil at a citizenship ceremony. That man just doesn't get the irony of this at all, but I'm sure there are those in his Con party who are having a really, really good laugh. they are using one visible minority to restrict the rights of another visible minority.