The Liberals Fire Back at the Anti-Trudeau Con Ad 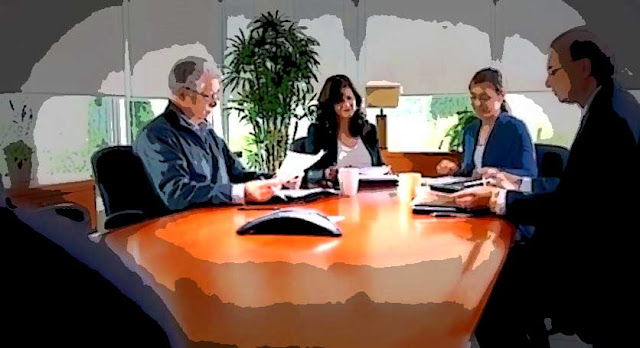 I'm sure that by now you've seen this Con attack ad at least a hundred times, because it's receiving massive air play on every TV channel.

And I have to admit that although I'm officially non-partisan, its smarmy script offends every bone in my body.

And if I hear that loon say this one more time...

"Legalizing MAREEJUANA is that the biggest problem we have to solve?"

I think I'll scream. Or throw something at the TV.

So I'm glad to see the Liberals have a new version of that ad.

Although I have yet to see an attack ad that truly reflects the horror of the Con regime.

For after all the ammunition they have given us it should look more like a horror show.

More like this one I made three years ago...

But good for the Liberals for firing back, and let's hope all the progressive parties do the same.

Because the Cons are already bombarding us with ads, and it's only going to get worse.

So let's fire back with everything we have

Because we'll never be more motivated.

Or have a better target... 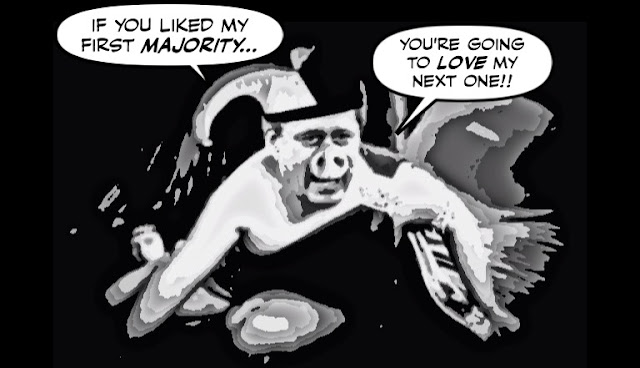 Let's attack the Cons like they deserve to be attacked.

And destroy that monstrous leader...

Fight fire with fire. Even firefighters sometimes use this strategy to extinguish fires which are out of control.

The new ad against Trudeau is absolutely sickening. I have never voted liberal but this time I might and it will be the conservative ad that did it.

The ad they ran about Trudeau not being ready, well if they are comparing him to Harper, he never will be and thank heavens he won't be. We just need to look at Harper's list of "accomplishments". Not even Mulroney got any where near harper's "accomplishments"

I don't believe any government led by Trudeau would have

a senator having sex with a teenager
a senator on trial for 31 charges of fraud
a party worker in jail for months
a "point man" in parliament in jail for a month
a bunch of senators under investigation for fraud
a CISIS appointment sitting in Panama awaiting export to Canada for a $22 M fraud
a Parole board appointee to vice chair at home being paid $160K a yr while being charged with harassment.
the list just goes on and on. if that is what the Cons mean about Trudeau not being ready, thank god. The guy looks like he might be honest and not into giving any fraudster in the party a job.

I don't know what type of P.M. Trudea would make, but I know he would come to the job with a better set of values than Harper did.

hi anon...I agree completely. Progressives have been far too passive. We need to answer every attack ad with one of our own. I know its decency that holds us back, but after a while that can look like weakness...

hi anon...I find every Con attack ad to be grotesque, but the smarmy passive aggressive nature of that one is particularly disgusting. And the fact that you can't escape them makes them even more annoying....

hi e.a.f...yes that is the great irony. The sleaziest most grotesque government in Canadian history would try to make other look bad. If I didn't see it with my own eyes I could never believe it. I swear we living in a crazy time, and I can't wait until it's over...