OK. Who Forgot to Invite Me to the Bilderberg Meeting??!!! 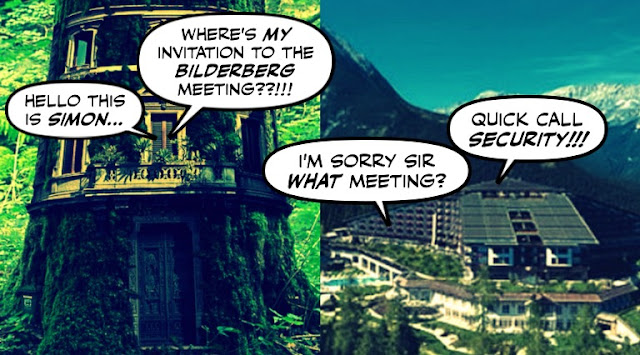 Well I wasn't really shocked that somebody forgot to invite me to the Bilderberg meeting at that luxury resort in Austria.

You know, the top secret conclave of the rich and the powerful, which has been called everything from the home of the New World Order, to the lair of the Fourth Reich.

But I must admit I was disappointed.

Because I've got three opinions on EVERYTHING, I absolutely LOVE shrimp cocktails, and I've always wanted to drive my Porche, or in my case my bicycle, into the lobby of a fancy hotel... 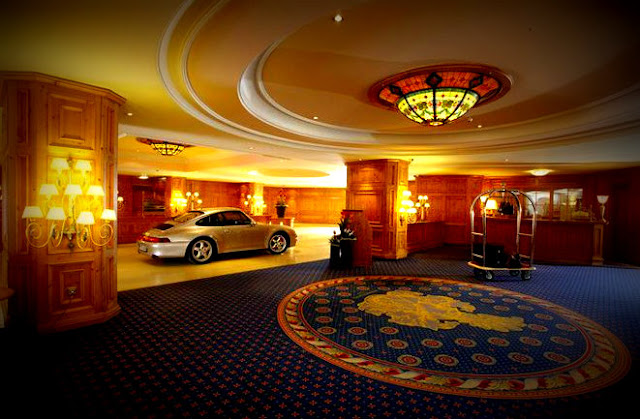 Disappointed that is, until I read this story.

I had three Austrian policemen in my hotel room last night. They stood there all grim faced with their fluorescent bibs, torches and sidearms. It was like the worst ever fancy dress party. I offered them a pilsner. They declined. They were too busy checking my ID that had been carefully checked 10 minutes prior at a police checkpoint. And carefully checked two minutes prior to that, at another police checkpoint.

A little while later, bored and a bit cold, I decided to point out to the officers that while they were treating a journalist like a criminal, there were actual criminals about to arrive at the hotel they were guarding. Convicted criminals. Such as disgraced former CIA boss, David Petraeus, who’s just been handed a $100,000 (£64,000) fine and two years’ probation for leaking classified information.

And then I thought NO.

If I want to watch criminals mingle with ministers all I've got to do is watch the Con regime. Because they've got enough of both of them to fill a conclave AND a large jail. 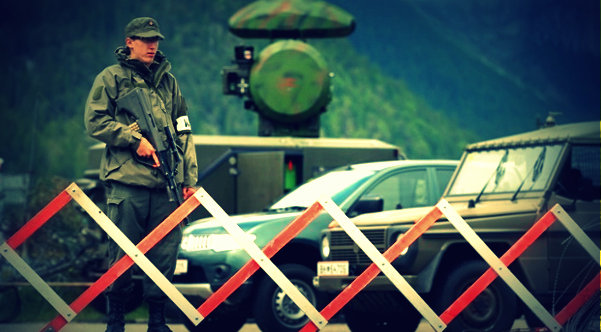 And besides who needs to be reminded by all that security of what it's going to feel like to live in Harperland after Bill C-51 becomes law?

Or for that matter who needs Surge Boy Petraeus, or Bribe Boy Benko, or even Killer Kissinger the war criminal? 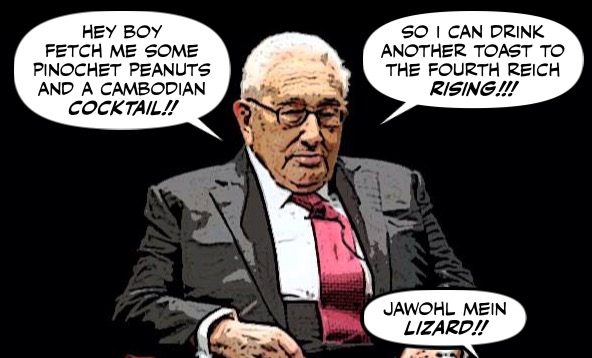 When we've got the dangerous Con artist Steve Harper? 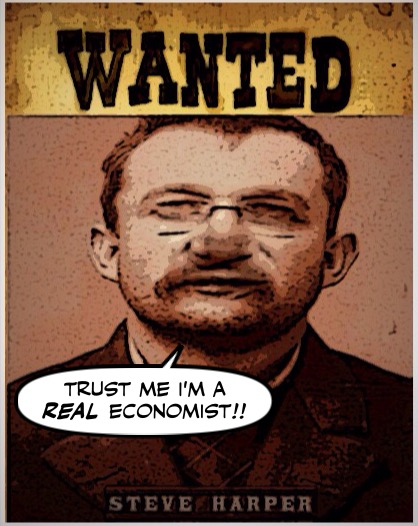 And what kind of meeting of "world leaders" would come up with an agenda like this one?

One that doesn't include climate change, the greatest threat the planet faces.

And I must say when I saw that, it made me feel a lot better about not being invited eh?

Until I saw who HAD been invited !!!!

Even though I write three two times as many words as he does every day, and although I'm equally mediocre, I'm at least four five times less BORING !!!!

But then of course Coyne is the son of a former Bank of Canada Governor, and was born with a silver spoon in his mouth while I was not.

And the last poor person to stumble accidentally into a Bilderberg meeting is believed to be buried in a barrel somewhere, like Jimmy Hoffa.

Who let's face it, might have been chairing that conclave this year, if he hadn't left us so suddenly.... 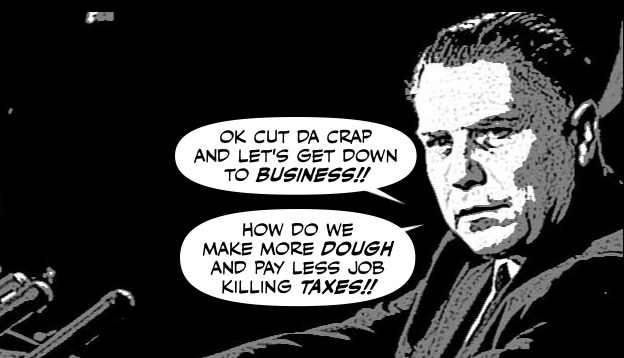 Because that kind of leadership is a Bilderberg TRADITION.

The first chairman of the group, Prince Bernhard of the Netherlands, was the biggest fraudster of the lot; he was caught back in the 70s organising bribes from Lockheed and Northrop for the same arms contract.

It was such a scandal that in 1976, Bilderberg had to skip a year out of sheer embarrassment.

But that's OK, because it only reminds me that if Coyne is going, someone should slip him this list to deliver to the evil lizard men or the illuminati. 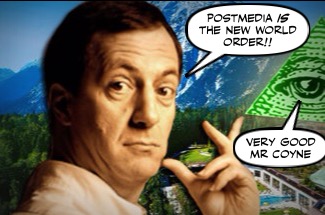 Because I can't think of a better one myself.

And all those capitalists and criminals at that absurdly self important conclave, really need a reality check.

The planet is burning, austerity policies are killing us, young people have no future. Globalisation is nothing but a plan to turn us into low wage slaves in a surveillance state designed to keep us in line.

While the greedy hogs of this world live it up, and get richer and richer... 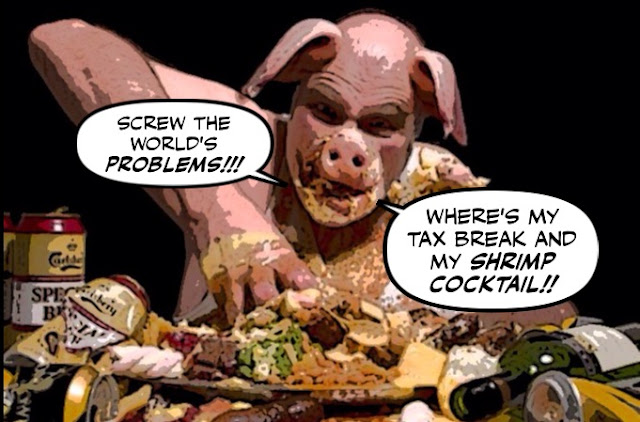 Between $21-32 trillion -- nearly one-third of the world's wealth -- is estimated to be held in the world's tax havens, thanks to the loosening of rules. And at the latest count, up to $199 billion of Canadian corporate cash is held in the world's top 10 tax havens. In fact, the tiny island nation of Barbados is now the second top destination for Canadian foreign direct investments.

And enough is ENOUGH.

You know it's funny, but the shape of that luxury hotel where the Bilderbergers are holding their meeting reminds me a lot of some of the Mayan pyramids I have explored.

And of what happened when the leaders of that civilization became disconnected from reality, and the people they ruled... 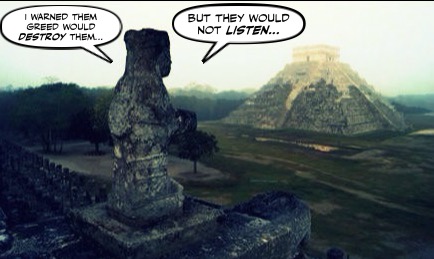 Only to wake up one day and discover their slaves had turned against them, or vanished into the jungle.

And the same thing will happen to those self styled Masters of the Universe unless there is real change, and soon.

Or there will be justice.

Or there will be trouble...

I doubt Coyne will write a detailed account of this meeting on his return or appear with Mansbridge,who was at the 2010 Bilderberg,to do a one on one.

Always the same old story down through the centuries. Landowners versus the serfs. Royalty versus the peasants. Now it's corporations versus huge masses of humanity. Off with their heads.

Coyne was probably invited to amuse the super-rich. He is, after all, a trained poodle who can dance on his hind legs, bark, whimper and roll-over on command.

please do forgive the Prince. he had money problems. it is alleged he had a mistress and 3 daughters with her. Given his wife, a Queen, was holding onto the family funds with a very tight fists, so Dutch, he needed to finance it some how. Those German princes never did have the type of money the Dutch royal family has. They don't call it Royal Dutch Shell for nothing.

Now, as to Coyne being asked to attend. It is most likely much like Mansbridge, they want insight into the Canadians and why we are the way we are. We have so much in natural resources, and if they want it all, they do have to get by the voters. I do mean if we turf Steve, the "partners" at Bilderberg may have a tad of a problem. its not like they ever invited Trudeau Sr., Renee Levesque, Stanfield, Joe Clark, or any true Canadians.

It may also be give Coyne's recent remarks regarding Steve, some of which were not all that flattering, Bilderberg may be wanting to get ahead of the change of government and how to "handle" it and plan for the return of their "friends" to office. How to deal with First Nations springs to mind. How to deal with that Supreme Court. The list goes on, not least is the election of Notely. Hell really did freeze over in Alberta this year. Organizations such as Bilderberg are long range planners. Its about 50 yrs out, not the here and now. They can plan and afford to wait to access what they want in Canada. Canada has changed since the 1980s, no doubt about that, as had the U.S.A. The working class which was the middle class in North America is being returned to its level of previous times, i.e. prior to W"W II, in terms of economics, etc.

Lets just watch Coyne when he returns from the B.B. event and see if his "views" have altered some what, ever so slightly.

There was I wondering why Coyne was missing from the CBC National's 'At Issue' panel last Thursday. Now I know. Doubt he will mention his adventures on the upcoming panel this week.