Stephen Harper and the Monstrous Cruelty of the Con Regime 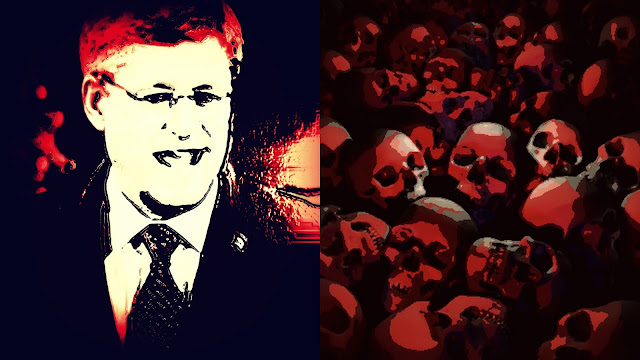 Sometimes when I'm writing about the atrocities of Stephen Harper's bestial Con regime ,I like to end a post by saying please unite to defeat that monster before he kills more Canadians.

And I'm sure some who read that probably think I'm exaggerating. But actually I'm not.

Because when you put ideology before humanity, and wage war on the poorest and most vulnerable Canadians, you will blight their lives further and kill many of them.

Bill C-2, the ill-named Respect for Communities Act, which is likely to pass third reading in the Senate imminently, changes section 56 of the Controlled Drugs and Substances Act, Canada’s blanket prohibition on drugs. It establishes 26 new requirements applicants must meet before the feds will even consider an approval to operate a supervised injection facility. These requirements are unwarranted and will be, in many cases, impossible to satisfy.

Because let's not mince words, that is a monstrous triumph of ideology over humanity, and it is MURDER.

In the summer of 2014, there were 83 severe overdoses investigated by the Agence de la santé et des services sociaux de Montréal, 25 of them fatal. A fentanyl epidemic is currently plaguing Calgary and Alberta’s Kainai Nation (Blood) reserve west of Lethbridge.

In other communities across the country, thousands of people have died by overdose and, under this new legislation, countless others will die, too.

It's murder because we know that clinics like Insite do work and they do save many lives. 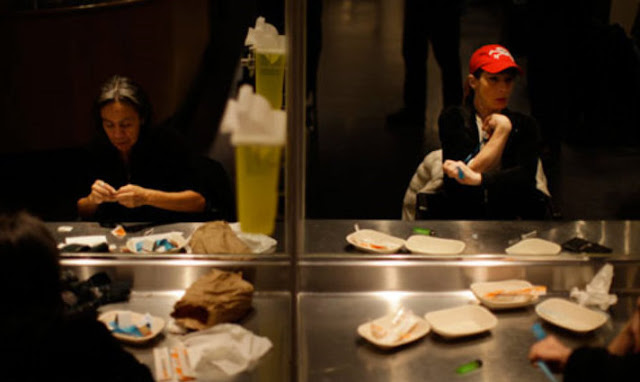 On Thanksgiving weekend last year, 30 people suffered accidental fentanyl overdoses at Insite. None of them died. In contrast, the lethal concoction took five lives elsewhere in the city. Between 2004 and 2010 there were 1,418 overdoses at Insite, but not a single death. Many of these overdoses could have been fatal had they occurred outside the facility.

The evidence couldn't be clearer. So to ignore it is nothing less than criminal.

But then of course we know what the Cons think about scientific evidence... 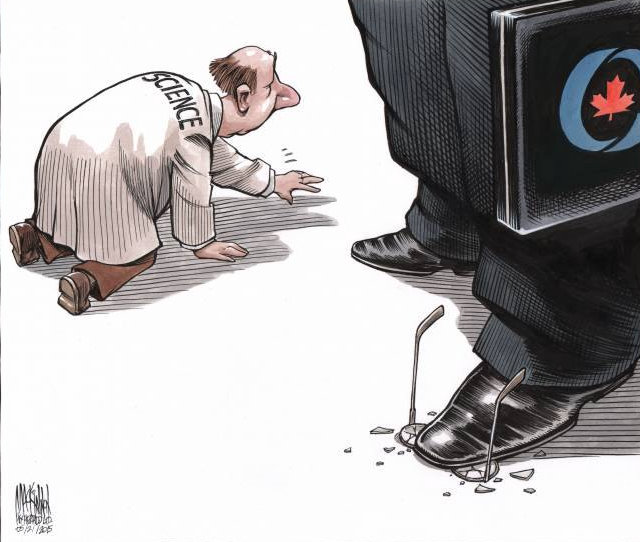 How they crush it like fascist bullies, or muzzle it, or ignore it in favour of their deranged and deathly ideology.

And we know what the maniac Stephen Harper thinks about people who use drugs... 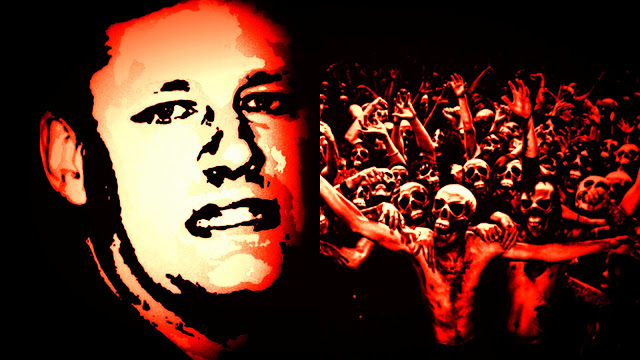 And how he would sacrifice them on the altar of his rabid base who want him to punish them not treat them.

Even though they are some of the poorest and most vulnerable citizens in this country... 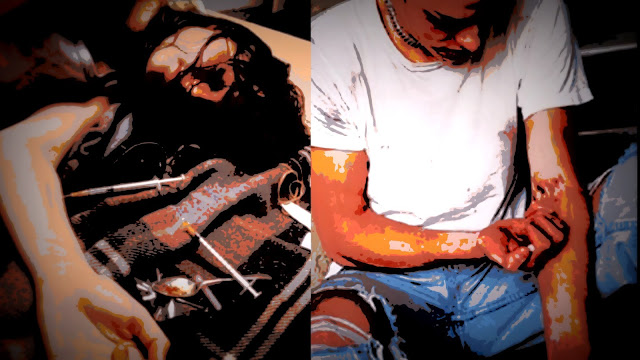 You know, I've written several posts on my experience with heroin addicts during a six-month stay in Vancouver. How what I saw both shocked me, and moved me, and filled me with admiration for those who work so hard to help them.

And how that experience only reinforced my belief in the sacred principles of harm reduction. Which means treating sick people like sick people not criminals. Seeking always to reduce pain and suffering by whatever means necessary, and without prejudice. And above all being kind, caring, and SMART.

Which when I think about it also sums up the Canadian values I believe in.

And needless to say I want them back. 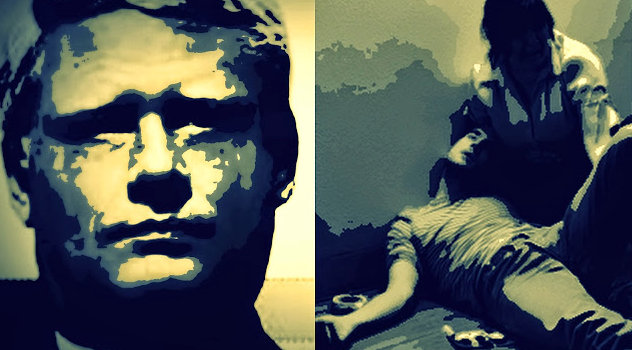 All of this and much more is easy when you have "right" on your side. Most democratic countries including Canada learned the hard way that religion and state are a toxic combination and separated the two over the past 50 years. It seems our progress took a 90 degree lurch down a dead end road into a swamp but then again evolution never runs in a straight line. This too shall pass for better or worse and hopefully we will be able to crawl out of the swamp again A short article dated 2013 in the Huffington post titled "Canada's Hidden Fundamentalism" is an interesting read and explains all we have seen over the past 2 years since it was written. Type Harper and fundamentalism into your search engine and this as well as others will turn up. Also a search for Wright Hawker Beechcraft F35 will produce articles that show just how entitled these people believe they are.

Perhaps we will become like Indiana which banned the sale of needles, and any other type of item associated with drugs. What happened? One town had a huge out break of HIV, Hep C, etc. (I think it came to 1 in 5) The disease was so great the governor had to repeal the legislation.

Bill C-2, is a bill to disrespect people's ability to stay health. It will make communities very unsafe, because as disease spreads, it will hit any number of people. People will die, but Steve doesn't care how many people die. He just needs to stick to his religion, remember the one which believes the bible is "inerrant" and the second coming is "imminent".

We can only hope some group or lawyer challenges this bill in the courts. it won't make communities safer, but then steve most likely doesn't believe addicts are people or part of a community.

This is a man who said 1,200 murdered women were not on his "radar". Now we have the Truth and Reconcilliation report out. We've seen the 400 women file a class action against the RCMP for sexual harassment and rape and we have heard the report about sexual harassment and rape in the military. what have we heard from Steve and his slimers? Nothing. Must be some thing about his religion which believes women ought to be subservient to men.

Steve only cares about Steve. Its time for Steve to go. He has wrought enough pain upon this country and its citizens.

OT but cruelty none the less.

I was disgusted with the cowardly performance at the truth and reconciliation presentation today. Lil steve was apparently too scared to come out of his closet to attend. Our own little Rhode Island red. Valcour sat there , like a Nueremburg defendant ,unwilling to accept the harm people like him have done. Mulcare's astonished look was right on.

Our government and Christian churches ( notice, no Muslims ) got their jollies torturing, raping and murdering little kids. It was as dangerous in a residential school as it was on the front lines of WW2.

We need clean water, adequate housing, decent education, real health care and more for first nations. These things will take time but there is something we can do immediately. Forget Harper's monument to victims of communism. Lets have a monument to murdered 5 year olds. You know ; Canadians.

hi anon...yes the role the religious base has played in the policies of the Con regime has always been underestimated. And its fanaticism mirrors the way those religious fanatics see the world in black and white. But hopefully we will soon crawl out of this Con swamp and rebuild our country...

hi e.a.f.....as I said in my post everything about that bill outrages and disgusts me. And yes, since its spirit is contrary to the spirit of the Supreme Court judgement on Insite hopefully it will be challenged and defeated. As far as I'm concerned if there was truly justice the Cons should be arrested....

hi rumleyfips...yes the Cons disgraced themselves again at the Truth and Reconciliation presentation. Their treatment of our native people is as shameless as it is for all poor and vulnerable people in this country. There couldn't be a less Canadian government, and we can't get rid of them soon enough....

Liked your comment about forgetting about Harper's monument to victims of communism, lets have a monument to murdered 5 year olds.

I do hope that becomes a demand in letters to the editor across the country and our politicians.

Drug addiction as well as other addictions are usually symptoms of trauma, pain or abuse. One of the most significant persons working in Vancouver clinics is Dr. Gabor Mate. He has in fact written a book titled 'In the Land of Hungry Ghosts' - all about the problems of addiction and how users are almost always trying to dull overwhelming pain and suffering. Most of these people are not depraved, or morally empty, but rather are human beings with souls and consciences with the same rights as anyone else. Maybe the drug dealers who deliberate look to take advantage of these users are the real criminals. Nevertheless, we should not be punishing the victims - they are facing enough hardship as it is.
I have met Dr. Mate. He is an angel of mercy and has a generous and understanding nature. For the CPC Neanderthals to be cancelling these merciful projects is the worst kind of torture...

Here is a good article
http://www.vivelecanada.ca/article/235930754-canada-s-ties-to-the-council-for-national-policy