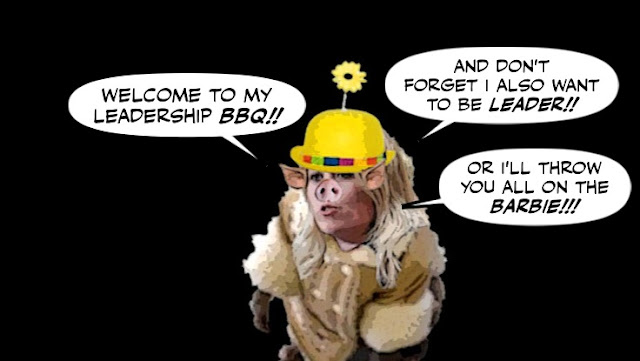 When I heard that Michelle Rempel had hosted a BBQ for declared and potential Con leadership candidates, I knew it would be a ghastly story.

I knew it couldn't have been a pig roast, for obvious reasons.

But who knew it was such a cannibal affair? 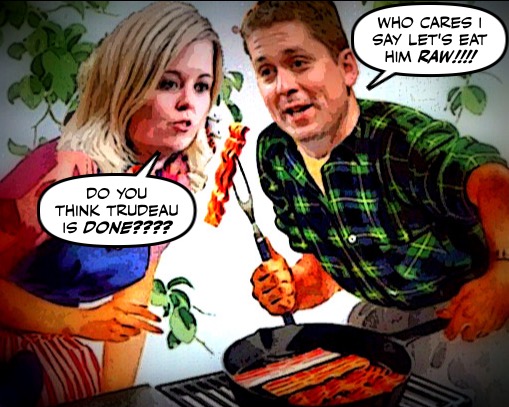 And that they would all be trying to cook, and presumably eat, Justin Trudeau.

But sadly for those Cons, they only succeeding in cooking themselves. Or revealing that it's still the Harper Party, and they're still his little monsters.

With Andrew Scheer trying to pretend he's a nice guy. While putting down the Liberals, the poor, and our aboriginal people.

Nobody doubts the sincere motives of all these do-gooders, these bleeding hearts. We think they’re misguided but we don’t think they’re bad people,” said Scheer. “In fact, their ideas are not full of compassion. There is nothing compassionate about getting people addicted to welfare or stuck on First Nations reserves.”

And revealing himself to be not only a religious fanatic, but also a right-wing extremist.

And making it only too clear why Stephen Harper made him his Speaker... 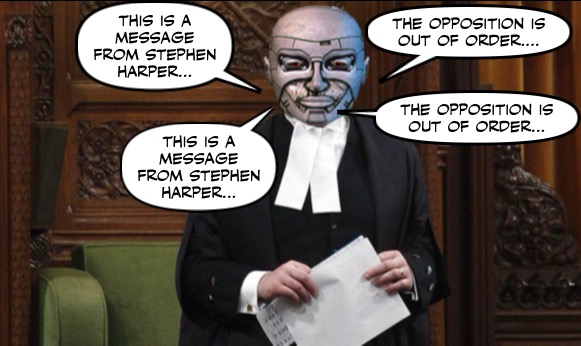 And why he was always Great Fallen Leader's faithful stooge or tiresome robot.

Then there was Tony Clement attacking the "liberal elites" for the handling of our foreign affairs.

“They’re cozying up to Putin, who invaded Ukraine and is threatening our north, they want to make friends with the Iranian government that supports terrorism around the world and bow to Chinese communists when they come visiting our country...”

Sounding like the demon child of Stephen Harper and Jason Kenney. And trying to make us believe that he knows something about foreign affairs... 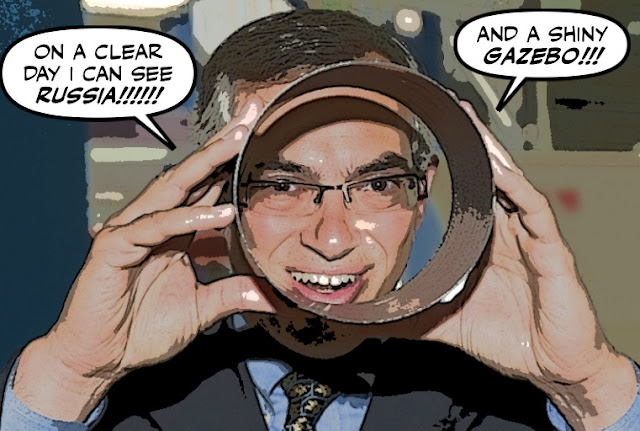 And even more absurdly, trying to have us believe that he's morally fit to run for office. Which coming from the Gazebo King of Muskoka couldn't be more ridiculous.

But despite that, I thought it was Kellie Leitch who REALLY made a fool of herself. By claiming that Justin Trudeau should have turned up sooner at the Fort McMurray fire.

And that because he waited until the fire was over, that only proved that his government didn't share the Con's Canadian values.

The former labour minister slammed Trudeau for not coming sooner to Fort McMurray in the aftermath of its devastating wildfire and said the prime minister doesn’t represent Canadian values of working hard and taking care of others.

“The Trudeau government does not have that same approach. They don’t live these values that we have,” said Leitch, a physician who is originally from Fort McMurray but is the MP for the Ontario riding of Simcoe-Grey.

When in fact if Trudeau had turned up too soon, the Cons would have portrayed him as they are doing today.


As only those PMO cretins could.

Trying to go after Justin Trudeau, only to make Rempel and Clement look even more foolish... 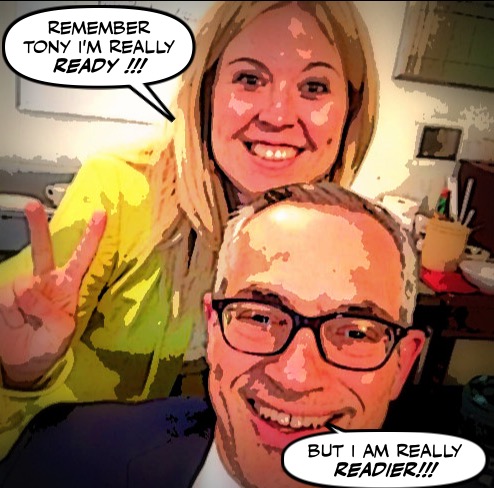 And Kellie Leitch is the LAST person in Canada to talk about our Canadian values... 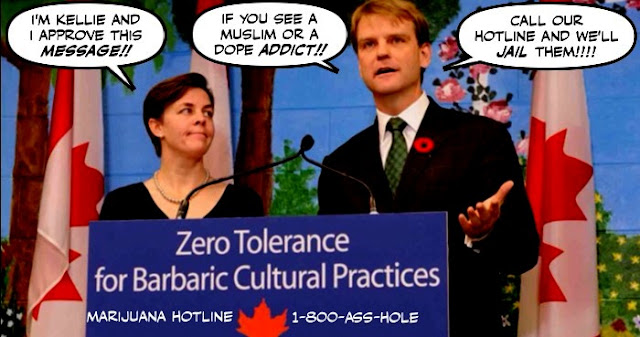 After violating them in such a barbaric manner.

But then course she's desperate, and would do ANYTHING to be Con leader... 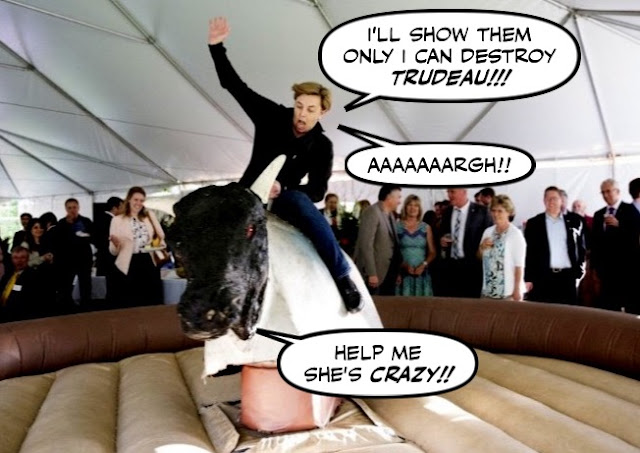 And all this BBQ proved was that the Cons have the most mediocre group of leadership candidates that party, and this country, have ever known.

And give them a little time, and they'll be eating each other... 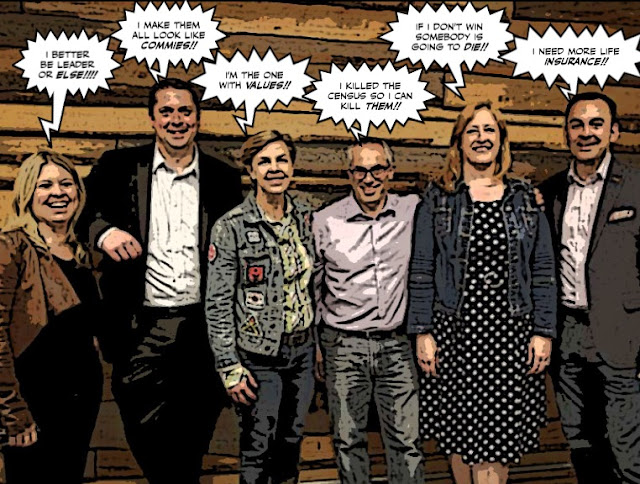 And was last spotted paddling happily down the Ottawa River in his father's buckskin jacket. 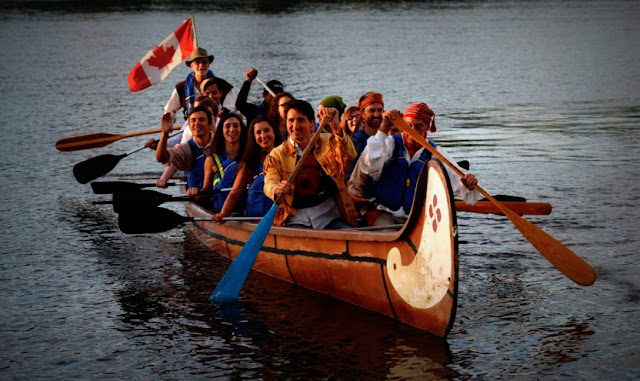 Honouring our beautiful aboriginal people, and heading for what even this Con scribbler admits will be a sunny summer.

And I dare say his old man would have been proud of him.

For if Justin hadn't defeated those ghastly Cons, they would be eating us alive by now.

But instead they're drowning in their own evil banality. The Trudeau haters are screaming with frustration.

And we're all paddling down the river of life, heading for a better, more Canadian, and almost certainly Con-free future.

Thank God almighty, have a great summer everybody !!!

Canada has an enlightened, progressive, young, dynamic government after ten years of undemocratic junk and all the media can do is to trash it. Not cover it, but trash it. Post media I understand because they are conservative stooges, but CBC should be shaken up really well.

MSM is the pits!

That's because anyone without blinders on can see what Trudeau really is, and frankly it isn't that flattering.

I hope the meat is as stale as their rhetoric and they all get the shits.
JD

would appear Clement forgot it was him and steve and the gang who signed that 31 year "free" trade agreement with Communist China. It was steve who went over to China for fun and festivities.

Tony seems to forget Saudi Arabia is much worse than Iran when it comes to Human Rights and suppression of women's rights and when it comes to funding terrorism, well S.A. does it so much better. Lets not vilify the Iranians when there are just so many other countries which far exceed their excesses. Did tony forget those "free" trade agreements Stevie signed with Hondurous?

I met him 9 years ago, didn't know who he was, and after 2 hours of his company, I call him a friend. So who's wearing blinders?
JD

Ah, don't you know that every politican wants to be your 'friend'.

Think he is that different? He isn't. Just a prettier version.

hi anon 3:20...according to the most recent polls, most Canadians don't share your views. Most, including many NDP voters and even some who support the Cons, believe Trudeau is doing a great job. And any objective observer can see that there is a huge difference between the Trudeau government and the discredited Con regime...

hi JD... thank goodness Rempel was the host and not the cook, or her leadership rivals might not have survived... ;)

hi e.a.f....the fact that Tony Clement thinks he is fit to run for the leadership of the Harper Party blows my mind. But he has been claiming the Cons need to adopt more enlightened views, and his speech at that BBQ should put an end to that....

Anon 12:46, He wasn't a politician then and he certainly didn't debase himself by judging people he didn't know or by how they looked.
JD