The Cons and the Never-Ending War on the Poor 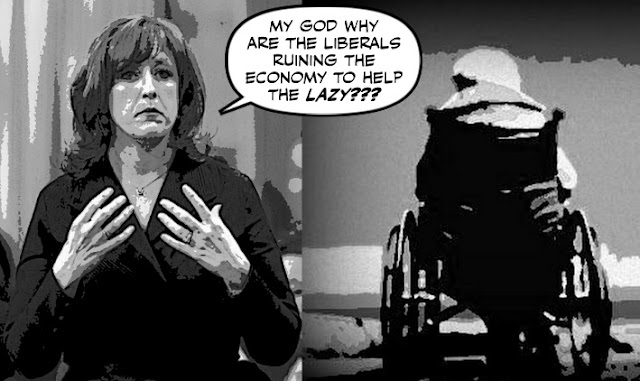 You might think Lisa Raitt and her Cons might stop attacking the agreement to enhance the Canada Pension Plan now that a deal has been reached.

But no, Raitt is still on the offensive...

Now suggesting it's the work of Big Brother.

While Big Business is calling it the road to economic ruin. 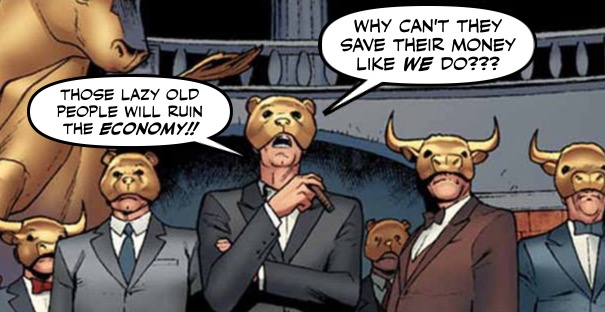 With groups like the Canadian Federation of Independent Business warning of catastrophe ahead...

And calling on Canadians to sign a petition to stop it.

But as Alan Freeman points out, not only will enhancing the CPP NOT devastate the economy.

There were similar complaints and dire warnings when CPP premiums were increased in the late 1990s to make the scheme fully funded. But unemployment rates continued to decline; the doom and gloom predictions turned out to be baseless, as they will this time.

For the CFIB, of course, it’s always a bad time to raise the CPP. To hear them tell it, we’re always in a recession, or just getting out of one, or anticipating the next one. Employees are considered just another ‘input’, like raw materials or rent. If you can save a few pennies in payroll costs or hire a foreign temporary worker instead, employees are clearly expendable.

For the most selfish of reasons.

And what those greedy hogs don't seem to understand is that they will also be the beneficiaries.

What they seem to overlook is the fact that an expanded CPP is good for small businesses. Enlightened employers should feel a responsibility to their employees that goes beyond their weekly paycheque. Smaller employers are already at a disadvantage when it comes to hiring and retaining staff compared with bigger employers who offer more benefits. But with an enhanced CPP, a small employer can tell an employee that his or her future retirement will now be more secure, thereby reducing the pressure to add costly private pension benefits.

Just like the Cons don't seem to understand is that by alienating seniors, who have always been some of their most loyal supporters, they will pay a price for that in the next election.

And are only helping Justin Trudeau... 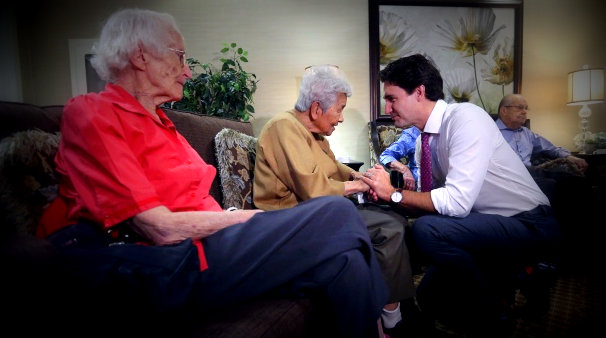 And making him even more popular. If that's possible.

56% approve of the job being done by Justin Trudeau and his government, the highest number achieved by the new government. Only 24% disapprove.

Among Conservative voters, about one in five (19%) approve of the government’s performance. A solid majority (62%) of NDP voters approve.

By alienating even some of their own supporters.

The Cons and corporate Canada, cutting off their noses to spite their faces.

As dumb as they are greedy.

And for waging war on the poor and the vulnerable.

Deserve to end up in the same place.... 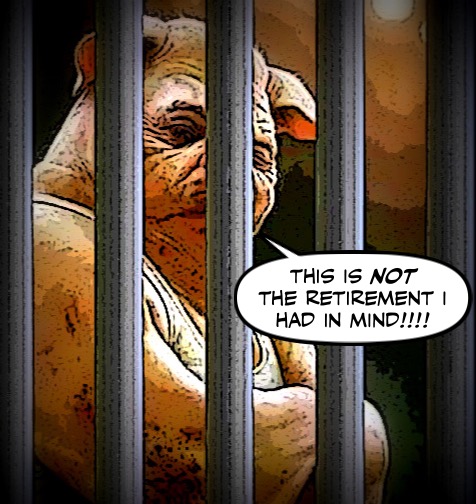 The Cons are perfectly willing to sacrifice the pensions of the private sector working class and likely the public sector as well just as long as no one touches their golden parachutes. If they were really concerned about placing undue burden on corporate Canada they could scale back their pensions to CPP/private sector averages and use the 10+ million annual surplus of taxpayer money to support pensions for small business employees during the startup phase where every penny counts.Unfortunately its nothing but a Con inspired blame game and there is no real interest in resolving pension issues.At least the enhanced fully funded CPP plan will provide some standardization and can act as a back stop when other under funded or over promised plans fail or are forcefully pared back for a range of economic reasons.
RT

hi RT...those hypocritical Cons, many of whom quit politics recently to make sure they could collect their fancy pensions at the age of 55, instead of waiting another ten years, seem to be offended by the idea of pension security for others. They are always pushing reckless schemes run by private insurance companies, where you must pay fees to have it administered, and if you're not lucky could see your investments evaporate. The CPP may be a humble plan, but at least you don't have to worry about it not being there when you need it. But the Cons will not accept reality, or understand that Canadians don't have enough savings, are in many cases burdened with debt, or they just don't care. Those rigid ideologues lack even the most basic humanity, and if it were up to them nobody, except themselves, would get a pension...

Funny how these bastards are always claiming that they are all about "small" government, unless of course, it has to do with a women's right to chose her own path concerning reproduction rights, or who someone chooses to sleep with, or which bathroom to use, or what you want to ingest into your body. They are nothing but a bunch of hypocrites.