Rachel Notley and the Hatred That Kills 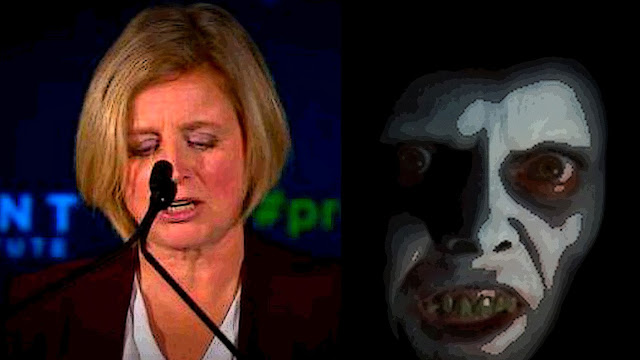 For years I have been warning that hatred kills. Like it did in Orlando last Sunday. Or like it did in Britain last Thursday.

When the gentle, decent Labour MP Jo Cox was shot and stabbed to death by a another cowardly bigot. 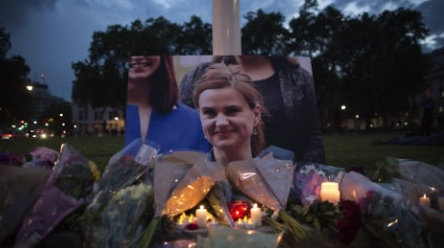 And I've also warned that the same poison was spreading in Canada.

Where progressive leaders like Justin Trudeau and Rachel Notley have been attacked by packs of rabid haters, and bombarded with death threats.

But it seems some people never learn. 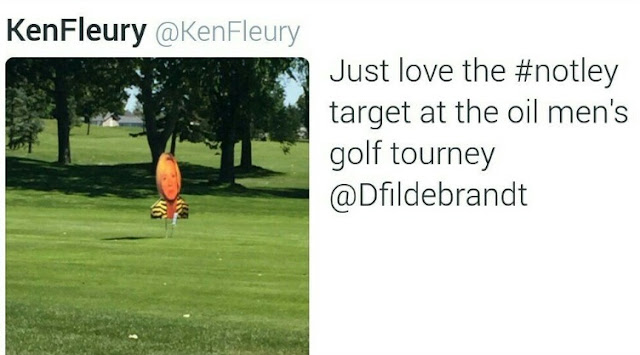 Or Ernest Bothi, the president of the Brooks Big Country Oilmen's Association, who thought that putting up a target of Rachel Notley on a golf course was funny.

And would like us all to know that he's not sorry.

He said the photo of Notley was placed intentionally and was meant to be a target.

"It's called freedom of speech. We're still living in Canada and as far as I know, it hasn't become a communist nation, not as of yet.

While claiming that the target was not hit. With a golf ball.

But somehow forgetting to mention that it was run over by some nutbars in a golf cart...


A video was posted on Facebook of a golf cart running down the Notley target.
Read more: https://t.co/5X7jtj8UFZ pic.twitter.com/Gpfaqyn89d
— CBC Edmonton (@CBCEdmonton) June 19, 2016


Who also seemed to think that was funny. And laughed like only Cons or hyenas can.

Even though the decent Rachel Notley has already been targeted in the most violent manner by sicko hate mongers.

In December of 2015 Brian Jean, leader of the Wildrose Party, made a statement calling for the rhetoric to be toned down after numerous death threats appeared online.

As has Justin Trudeau, seen here paddling down the Rouge River yesterday... 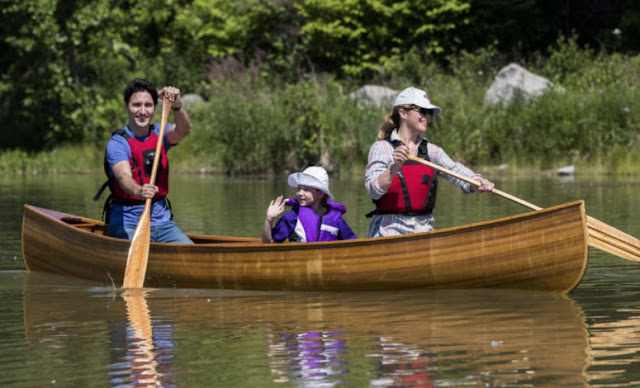 Who along with his family has been attacked in the vilest manner by the Cons and other disgusting Trudeau haters.

As well as deluged with death threats by the syphilitic followers of this smelly bigot... 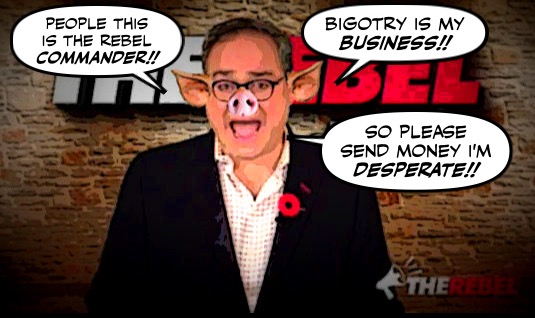 Who have all helped create a climate of violence in this country that should shock all decent Canadians.

But then who should be surprised?

When this is what the poor but oh so noble Brendan Cox had to say about the man who killed his wife , and left him alone to raise their two young children... 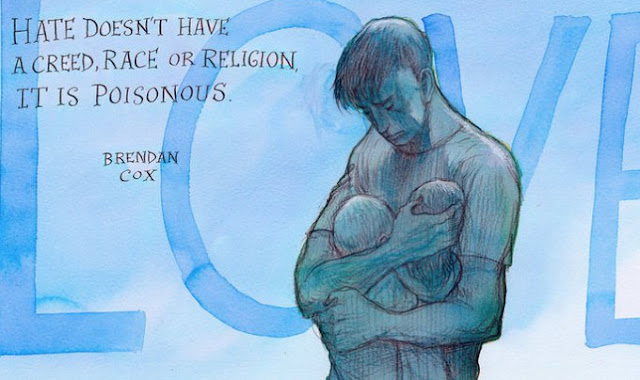 And as Jonathan Freedland writes, if you inject enough poison into the political bloodstream, somebody will get sick

We don’t yet know what was in the mind of the man who killed Jo Cox. But even if we cannot locate a specific cause in the nation’s political debate and claim this murder as its direct effect, we can say this: that if you inject enough poison into the political bloodstream, eventually somebody will get sick.

As those monstrous Notley haters, or Trudeau haters are doing in this country.

Ripping the fabric of this country apart, as that evil gay hater ripped the hearts out of so many of those who loved his innocent victims... 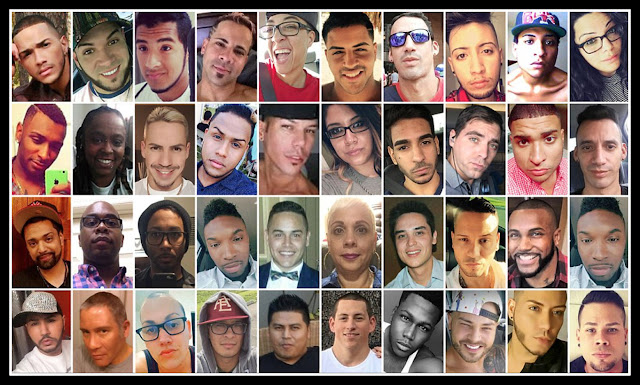 Who even after death could not escape the hatred that kills... 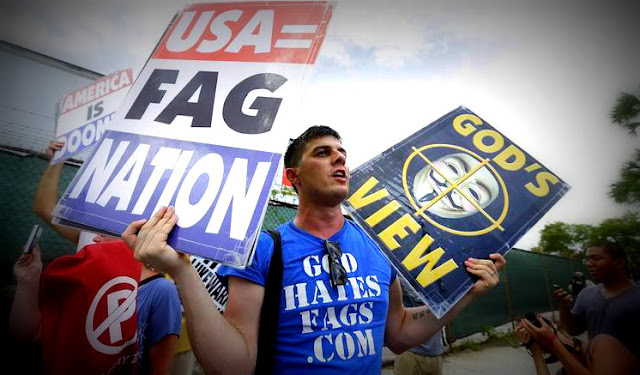 When some of the depraved members of the Westboro Baptist Church turned up to picket their funerals yesterday.

Only to be thwarted by gay people and their friends, who wore giant angel wings to block the view of the haters from those mourning the death of their loved ones. 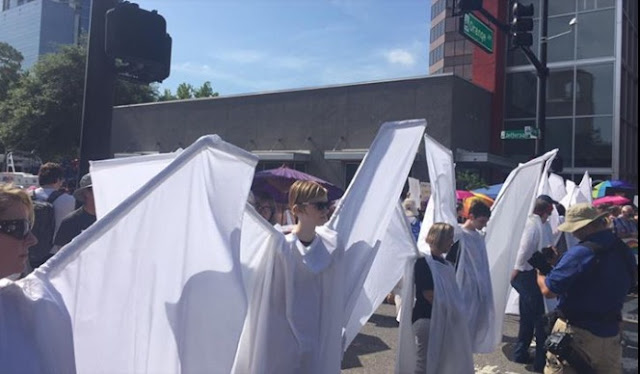 Drove the bigots off... 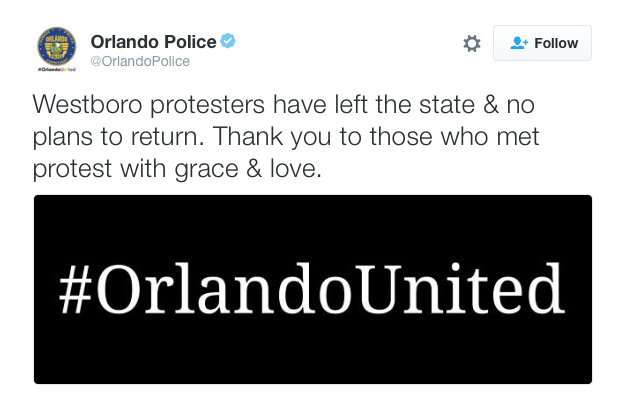 And made me so proud of my brothers and sisters. Who rather than scream for bloody revenge would rather rely on the power of love.

For it is our mighty weapon, and NOTHING can defeat it... 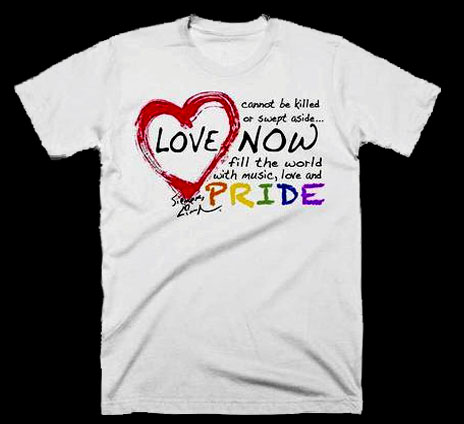 So to all the hate mongers who have been bombarding me with veiled death threats and other bigot excrement, I just want to say this:

I am not afraid. You could NEVER intimidate me in a thousand years.

I am going to fight you harder than ever, even if it kills me.

I'm tired of seeing good  people like Rachel Notley and my own gentle brothers and sisters abused and threatened.

And I am going to help DESTROY you... 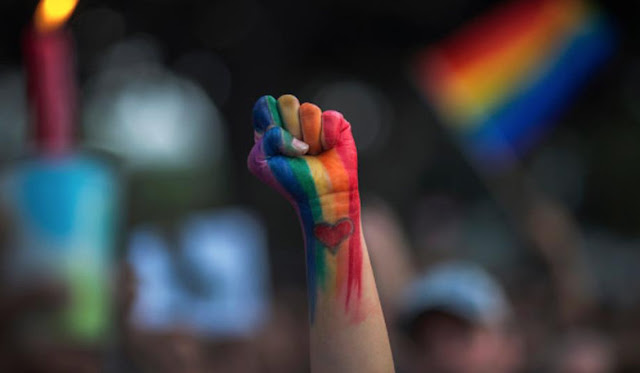 I was born and bred an Albertan and I am appalled at the hatred that is present in the province. Stay strong.

Alberta...... Maybe if Trump gets in we can trade that racist, bigot province for Vermont, Maine, New Hampshire.......? Such am embarrassment to the rest of Canada. Hard to believe that some of those racist bigot people came from Eartern Canada also. I have many relatives from NL out there and they are spreading the same racist comments!!!!!! Must be something raising from the dirty, Toxic tar ponds created from their dirty, toxic bitumen!!!!!!!!!!! FS

It's been a long sorrowful week.

Thank you for your posts. It's always refreshing to read Montreal Simon.

Simon, you conclude your post: "And I am going to help DESTROY you..."

Don't you think that kind of rhetoric can be interpreted as hate speech as well?

Please keep in mind that the vast majority of Christians in North America are not of the Westboro Baptist Church variety.

hi anon...I'm always reluctant to single out any place or province, because there are beasts everywhere. But I must say the abuse the decent Rachel Notley has received since she came to power has been absolutely appalling...

hi FS...well as I just said I don't want to blame all the people of Alberta because Notley wouldn't be premier if enough people hadn't voted for her. But there is a Reformer base that acts more American than Canadian, they are to blame and they are disgusting...

hi TS...yes it has been a long and sorrowful week, and I must admit I'm finding it hard to be my usual cheerful self. I'm over the shock, but now I feel mentally and spiritually exhausted. However, now that summer is here I'm sure I'll recover soon, I'm looking forward to the Pride Parade, and soon after that I'll be off to Scotland, so I really can't complain...

hi David...I don't think you need to remind anyone about that. I don't consider them Christians myself, just some kind of hate cult....

David, learn the difference between figurative and literal.

That wasn't freedom of speech, it was a suggestion they run a vehicle over the Premier of Alberta. the last time I checked running a vehicle over a person was manslaughter, so I'd suggest that oilperson was advocating manslaughter. there have been enough suggestions the premier of Alberta be killed. wonder how the guy would have felt if some one had taken him up on his suggestion. Just goes to demonstrate you don't have to be of any particular religion, cause, etc. you just have to be an uncaring nut bar.