What Does Lockheed-Martin Not Understand? 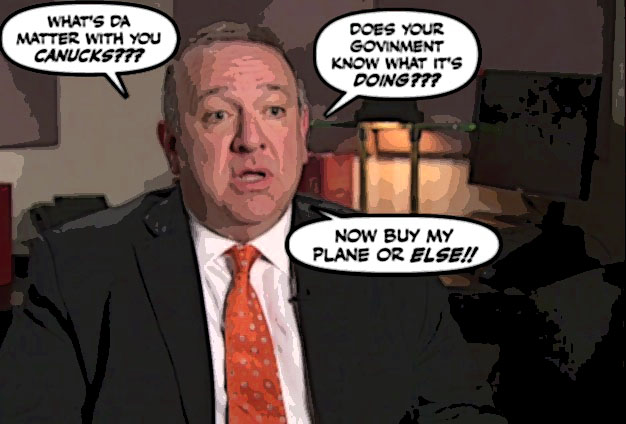 I must admit that Steve Over, Lockheed-Martin's chief flying vacuum cleaner salesman for the F-35 jet, is really starting to annoy me.

First he threatens to blackmail us if we don't buy his overpriced overhyped clunker or junker.

Then he lied, and said he wasn't threatening us.

And now he has the nerve to lecture our Canadian government. 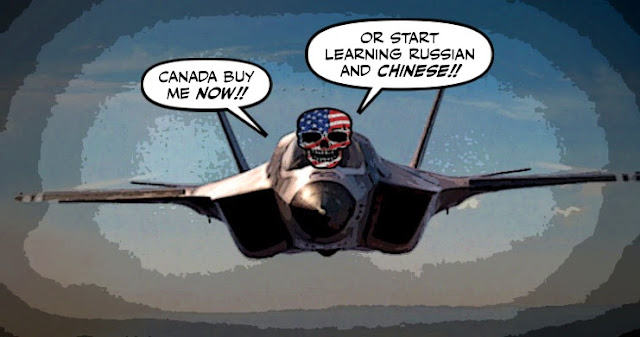 As if we were some kind of Banana Republic.

Lockheed-Martin is bluntly warning the Liberal government that it will make a mistake if it does not follow the lead of its allies and fails to buy the F-35 to deter Russia and China from threatening Canadian sovereignty.

“It’s not my prerogative to question your political leaders, but what do they know that these 12 air forces besides them don’t know?” said the Lockheed-Martin executive based in Fort Worth, Tex.

Instead of an independent country that needs his advice like we need a hole in the head.

Or for that matter, needs his flying turkey, or his Jurassic beast, like giant hole in our pocket.

He went on to quote a lieutenant-general in the U.S. Marine Corps who has referred to his current fleet of F-35s as “Jurassic Park.” “His logic is, ‘Anything that comes into my jungle, this airplane kills,’” Mr. Over said.

Although Over is right, they are dinosaurs.

Which as I pointed out yesterday will soon be obsolete, and will be replaced by a new generation of aircraft. 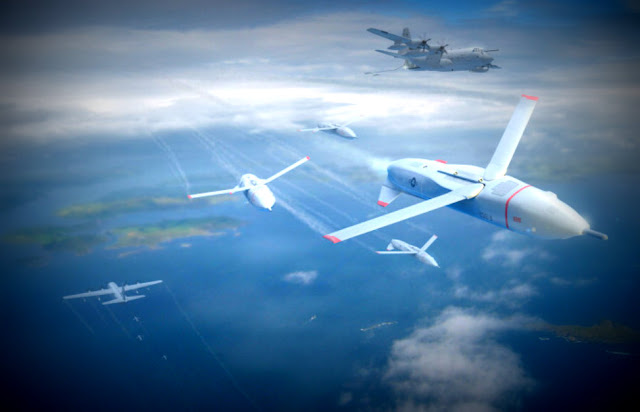 Drones that don't need pilots, are incredibly maneuverable , and much much cheaper.

And since I really don't think the Russians or the Chinese are about to invade us, unless Steve Over can arrange to start World War Three, which since he works for the CIA company Lockheed-Martin can't be completely ruled out.

I think it's time the Canadian government read the riot act to that flying vacuum cleaner salesman, which hopefully would go something like this:

Steve, Steve, it's OVER.

We're not all as dumb or as crass as Stephen Harper... 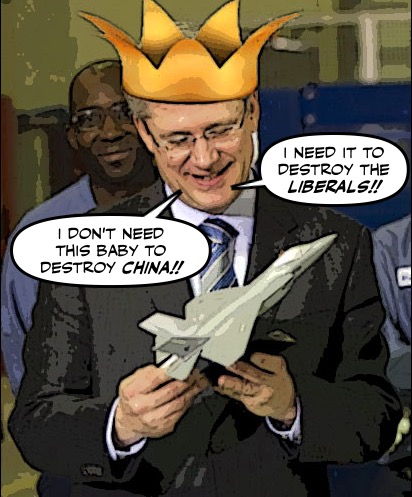 So please jump into your little junker.

And kindly buzz off back to where you came from... 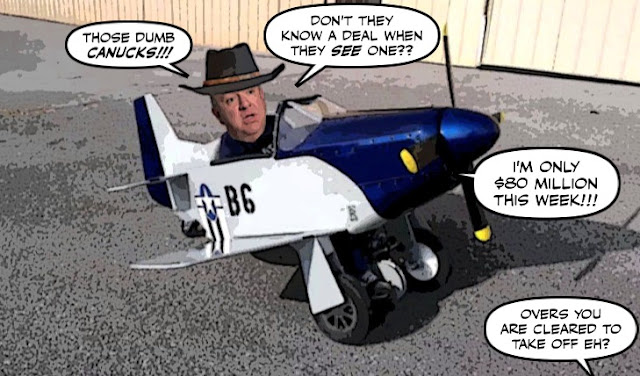 140. "The Liberal Party is living in a dream world if they think we can pull out of the development project of the F-35 and not lose business. The fact that its radar-evading stealth technology doesn't work against radar the Chinese and Russians have been developing, and failed to turn quickly enough to engage an older F-16 in a mock dog-fight, is beside the point."

Sounds like Overs is more concerned about his own skin. Based in Texas you say..... Well that sums it all up!!!!!! Another sake oil salesman. Just what we need when we already have our own slimy snake oil salesman by the name of Andy Scheer!!!!!!! FS

liked the carton at the end. sums it all up. we don't need the F35. we might do with some new jets but it is ever so doubtful anyone is going to invade Canada because our jets are old. It would be better if we got some new ones, but not these F35s they are simply to expensive.