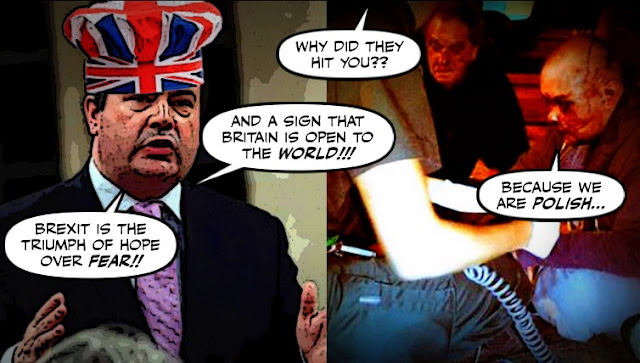 As you may remember the ghastly uber right-wing Con Jason Kenney couldn't wait to trumpet his joy at the Brexit result.

Calling it a triumph of hope over fear, even though it was exactly the opposite.

As well as a triumph of bigotry over decency.

So now I'd like him to try to explain this monstrous horror show. 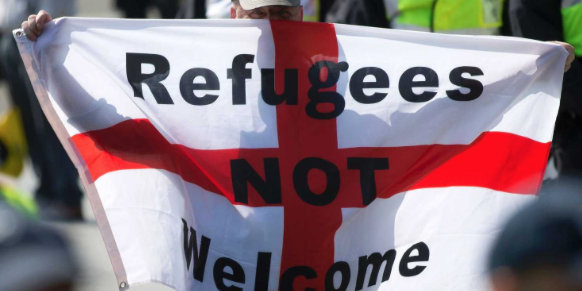 This explosion of ugly racism.

People have been reporting incidents of racism believed to be fuelled by the result of the EU referendum, including alleged racist graffiti and cards reading “no more Polish vermin” posted through letterboxes.

From the people Kenney was so eager to support... 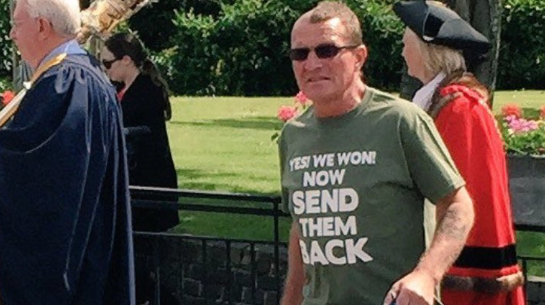 In Gloucester, Max Fras said he was in a Tesco supermarket on Friday night with his young son when a white man became agitated in the queue for the checkout and began yelling: “This is England now, foreigners have 48 hours to fuck right off. Who is foreign here? Anyone foreign?”

Fras said the man began quizzing people in the queue about where they were from. “He pointed at another gentleman in front of him and said: ‘Where are you from, are you Spanish? Are you Italian? Are you Romanian?’

The brutish thugs who seem to believe that the Brexit referendum gives them the right to demand that foreigners be deported, or insulted, or beaten up. 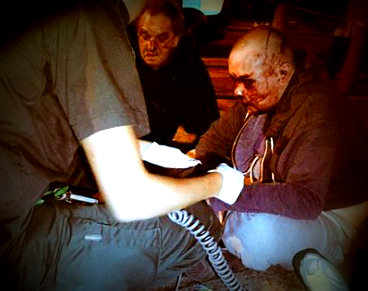 The ghastly old Little Englanders who knew exactly what they were voting for.


Even if many are as dumb as they are beastly, and can't seem to be able to tell the difference between Muslims and Poles... 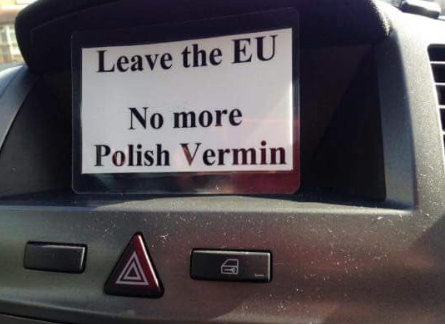 So now nobody is safe from their rampant bigotry.

Not even the children.

And with every passing hour this ghastly bigot show just keeps getting worse, and even more out of control.

Just as I warned it would.

The Brexit revolt had many causes.The failure of globalism, mounting despair, and a burning desire to stick it to the establishment. But at its heart is also good old fashioned bigotry, that is now terrorizing millions of people in Britain.

That's why Kenney was so happy at the result. So what will he say now about his obscene celebration of the LEAVE victory?

Whose real meaning is now revealed.

When will he apologize, and admit that he too is a ghastly bigot?

Or better still, when will that monstrous Con do the right thing and finally RESIGN? 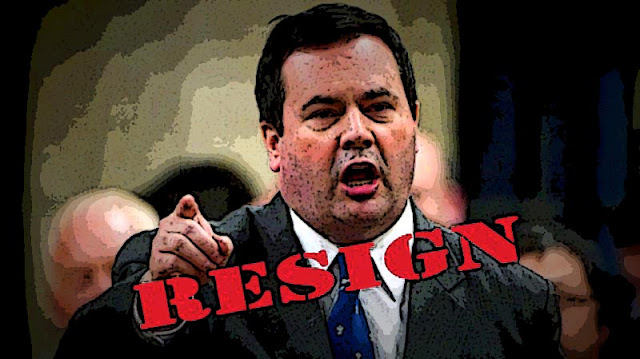 For a minute there Jason " Buffet World" Kenney confused Britain for Canada who actually did choose hope and acceptance over fear and loathing but still refuses to accept the decision of the majority of the country. The Harper Cons know their days are finished and are just milking the taxpayer now. LEAVE. Sunny Ways Simon. Can't wait for your posts from our Mother Land. Sunny Ways ❤️ Pamela.

They're pissed off and sick of the never ending flood of immigrants who make them feel like strangers in their own country. China for Chinese, Mexico for Mexicans, Japan for the Japanese. Japan said it doesn't want refugees and immigration because it causes problems and tension with the local culture. Why is it only "white" countries are targeted for massive immigration?

Then the Brits should be cleaning up their own trash and running their own convenience stores. The reason why "white" countries have massive immigration is because there are better opportunities for work. It's not because there is a nefarious plan to turn them brown, black or yellow.

The funniest part is that the children and grandchildren of these immigrants go "native" and pick up the culture and add their own to the local. A lot of fools like you only see the skin color and don't see beyond that.

BTW, China and Mexico are not homogeneous entities. They're made up of many different sub cultures. And Japan, despite their politeness, is still quite racist and long term foolish as their birth rate has plummeted below the rate they can sustain themselves. Their population is too old and need young people but refuse to allow immigrants to keep themselves going.

Simon, just an FYI...the photo of the man in the obnoxious "send them back" t-shirt was taken by the the blogger diamond geezer (http://diamondgeezer.blogspot.ca/2016/06/armed-forces-day.html). He writes an excellent blog for the most part about London and environs. This particular photo has understandably gone viral.

hi Pamela...yes I believe what we are seeing is an increasingly desperate Kenney. He's finally realized that he can't be the leader of the Harper Party, and both the Alberta Cons and the Wildhog Party are making it pretty clear they don't want him. So I wouldn't be surprised if this ends badly. And yes I will be taking you all along on my visit to Scotland, and hope to file some posts from rebel headquarters....;)

hi anon...I don't see the world like that, and I don't feel threatened by minorities. But what I do know is that diversity makes a country stronger, and richer...

Hi Martin...thanks for that info, it is an excellent blog, and that picture he took really sums up those scummy bigots perfectly. My god what is that haircut and who does he think he is? You know those angry white men are becoming a problem all over the world. In Canada they flock to comment sites flooding them with deranged nonsense. And even worse, they are becoming a real threat to medical staff and other patients in our hospitals where they can be dangerously violent. I truly believe that every ward and senior's home is going to have to be equipped with a tranquilizer gun...