The Con Plan to Hurt the Old Goes Down in Flames 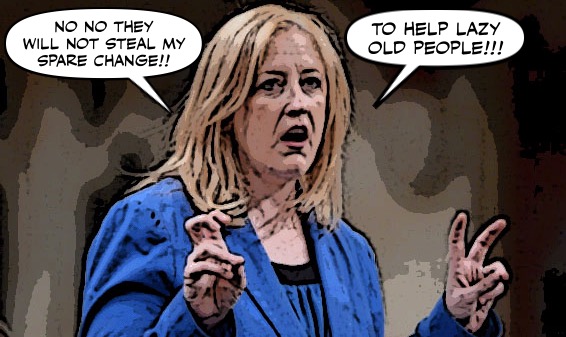 I can only imagine the frenzied state the scary Con Lisa Raitt must be in right now. But you can be sure it isn't pretty.

And she is no doubt still howling at the moon, like her miserable leader Rona Ambrose. 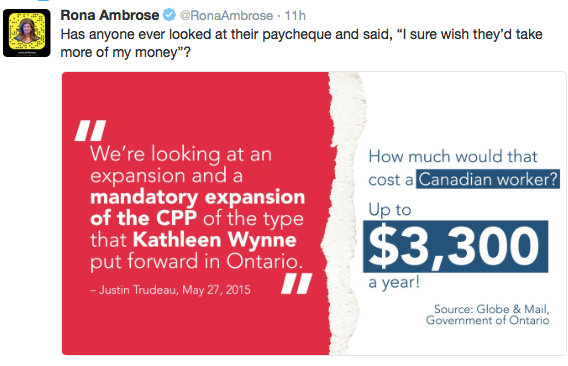 But it won't do those ghastly Cons any good, because their desperate attempts to sabotage plans to enhance the CPP have gone down in flames. 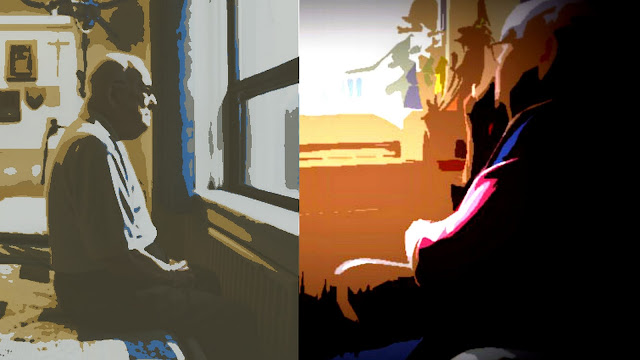 And millions of old and poor Canadians will be the big winners.

Most of Canada's finance ministers reached an agreement in principle Monday to revamp the Canada Pension Plan, although Quebec and Manitoba have not signed on to the deal.

Once the plan is fully implemented, the maximum annual benefits will increase by about one-third to $17,478.

For as I pointed out yesterday, enhancing the CPP couldn't be more necessary for all those seniors who are now living on less than a $1000 a month. And all the young Canadians who will one day be in the same situation.

And by opposing it the bestial Cons couldn't have been more greedy, or more cruel.

For it will spare millions of Canadians from lives of grinding poverty, and allow them to retire with at least a modicum of dignity... 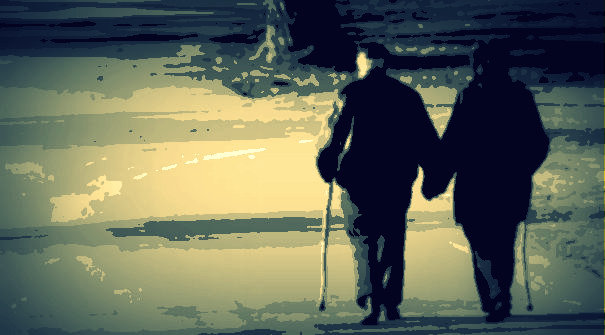 And if the Cons don't understand that it's only because they don't care about the wishes of most Canadians.

A new, self-commissioned, self-funded public opinion poll by the Angus Reid Institute finds the vast majority of Canadians enthusiastic about at least a moderate increase in CPP contributions. In fact, three-quarters of Canadians support an expansion is some form, with one-in-six saying contributions should be “significantly” bolstered.

Who understand better than them that contributing a few dollars a month to help some of the poorest people in this country, is the small price of being Canadian.

Even if the miserable Michelle Rempel doesn't...

And are grateful that we defeated Rempel and her hideous Harper Cons, and finally have a government that reflects OUR values.

Sources say Ottawa made a major 11th-hour push in hope of securing enough countrywide support to boost the CPP and suggest Prime Minister Justin Trudeau was involved in the extra effort.

Which is something this morally depraved leader could never understand... 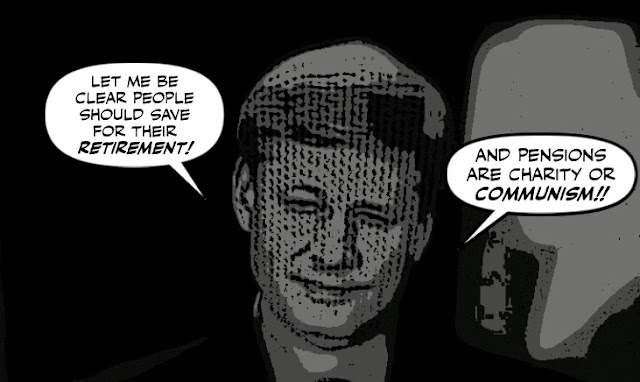 For he waged war on the poor and the vulnerable for almost ten long years.

And who must now be foaming like a rabid animal at the news that they are going to get a few more humble dollars, even as him and his cruel Cons prepare to live in luxury on their fat and juicy pensions.

But then that is who they are, the members of the worst, most bestial, and most un-Canadian party this country has ever known.

And why I keep repeating that in the name of human decency, we cannot fight them hard enough.

And do all we can to make sure that they NEVER rule this country again...

But Simon that money could have gone to deserving Canadians like Ezra Levant and the awesomely named "The Rebel"! At least he begs/pleads/will do stupid human tricks for it.

What have those seniors have done besides work all their lives and pay taxes as citizens of Canada?

Harper tried to make seniors poorer: Trudeau made them wealthier. Remember that.

"massive amounts". well lets see about massive amounts, that is what the MPs get paid on their pension. The few dollars increase in pension deductions will be more than compensated for by a better pension plan as people age. Pensions need to be planed 50 to 75 years in advance.

We know that $1K a month isn't enough to live on. It leaves seniors homeless, as we have seen in the Greater Vancouver area.

If the politicians think Canadians don't need such "big" pensions they can step up to the plate and denounce their own and have them lowered to what the average Canadian receives. Oh, they don't want to do that. good heavens why? Oh, not enough to pay rent on. got it. these politicians who receive solid gold pensions don't even want Canadians to have copper pensions. Guess the hope they all take the "exit" strategy and kill themselves. it would just save so much money.

There's just no excuse for the Reformacon stand on this. None whatsoever. Their confrere attack dogs at the CFIB also squawk about increased contributions as if it were the end of the world.

Of course. since every employer has to unclench their fist to release a few more bucks per employee, not a one of them is disadvantaged relative one to the other.

That basic truism is completely missed on purpose by Con pols, intent on commiserating with their fellow traveller entrepreneurs at the thought of actually having to pay any money at all for employee labour - why it should be completely free, right?

I hope someone at Liberal HQ writes down these Conservative wails at the minor good accorded employees, so that when some unimaginative troll Con candidate stands up during the next election and bellows horse manure, s/he can be reminded by others what the Conservatives think of their fellow citizens, as compared to the business sector. Nothing. They hate regular people, basically. It's obvious - not a Con today mentioned how much better off regular folk would be in future, it was all gloom and doom about specious business costs and how some poorly run businesses would, might, could fail by stumping up $7 a month extra per employee three years hence. Jeez, it brought a tear to my eye, that these poor benighted entrepreneurs could be losing their life's work for Seven Bux.

Corporate Canada pension plans were always on the frugal side unless you worked for a powerful union. Typical payout was 1% of salary times the number of years worked.For example 25 years at an end salary of $50,000 resulted in a non indexed pension of 12,500 at age 65. Add that to the CPP and OAS and life was "good" for a few years before inflation chewed a hole in it. All that has changed over the last 10 to 15 years. Instead of companies sponsoring a defined benefit plan the benevolent executives collapsed the plans and gave the employees approx 2% extra salary a year to invest for their own retirement."Here is an extra $1000 a year,save wisely for a happy retirement". Too bad if investment advisors,zero interest bonds and a volatile flip of the coin stock market leave you with little at the end of it. Meanwhile the defined benefit plans for the Con clowns continue to match their contributions dollar for dollar and pay out approximately 30,000 per year for 6 years of service and 120,000 after 20 years under the big top.Wonder what their reaction would be if the taxpayers took their plans away and gave them 2% extra salary a year and told them to save it wisely.
The government had to step in,we cannot put the private sector working class in the street in 20 years time and not expect that the public sector including politicians will have to follow.Responsible politicians should lead the way by example.The days of indexed plans at 60 to 75% of salary are gone but lets make sure that 5 to 10% self administered plans are not the norm at the other end.
RT

hi Dan...I know, I feel the same way. As I said in my post, if we can't take proper care of our seniors, the it's not Canada as far as I'm concerned. Polls show that most Canadians believe in enhancing the CPP. And what's even more encouraging is that young Canadians also feel strongly about taking good care of our seniors, even though the young face their own serious challenges. So enhancing the CPP amounts to enhancing our Canadian values, and I am very happy about that...

hi rumleyfips...I think seniors will remember that Trudeau sent more badly needed dollars that way, and since the Cons have counted on most seniors to vote for them, they could be in for a real shock....

hi e.a.f....the seniors won't be getting a massive raise, and Rempel and Raitt should be ashamed of themselves for making it sound like we all face huge tax raises to pay for it. And as you point out, politicians with gold plated pensions are the last people to be complaining about the humble pensions of others....

hi anon...I agree with you, and would add that the last time the CPP was enhanced back in the nineties there was no increase in unemployment. So it is just scaremongering. I think Canadians don't want to see their country turn into a jungle, with legions of senior citizens struggling to survive, and living in misery. The low tax mantra has worked for the business sector, but it has done nothing to help the poor and the vulnerable. So hopefully this will be a new beginning, and hat people will remember what cruel bastards the Cons are, and punish them accordingly in the next election...

hi RT...the business sector's elimination or trimming of pensions is probably the best example of their abandonment of social responsibility for the welfare of the communities they exist in. Why worry about Canadians when you can go exploit workers in some other country. It's a very shortsighted policy, it has broken the bonds that once existed between a company and its workers, and of course it has led to a situation in the U.S. at least, where demagogues like Trump threaten to overturn the apple cart. I think that Bernie Sanders has shown that the young want something better, so hopefully the future will be brighter and more human. Or there will be a revolution...

Raitt has been getting an awful lot of airtime the past couple of days to spout her outraged opposition to this entirely reasonable CPP agreement. The podcast isn't up yet, but check out the interview she did with Carol Off on As It Happens last evening. She literally comes across as unhinged in her ravings. lol

Even when getting their way, the elites' mouthpieces will find something to bellyache about (e.g., it still "falls short").

Even while they're actually swilling down oysters and champagne, they'll be moaning about making ends meet, the threat of becoming uncompetitive and the purported finiteness of money (in a fiat currency economy).

They know that the moment they appear pleased with any outcome is the moment they forfeit the prerogative of going after even more. And "more" is what they want. Always.

In this case, the "more" they're after is a more anxious and uncertain workforce that's even more ripe for exploitation. They're also looking to make out like bandits preying on hapless individuals trying to be their own portfolio managers via fee-laden investment instruments the real value of which is to provide liquidity for when the smart money (i.e., insiders) wants an exit.

An enhanced CPP interferes with that wet dream; so what do they do? Why, they bellyache, of course.