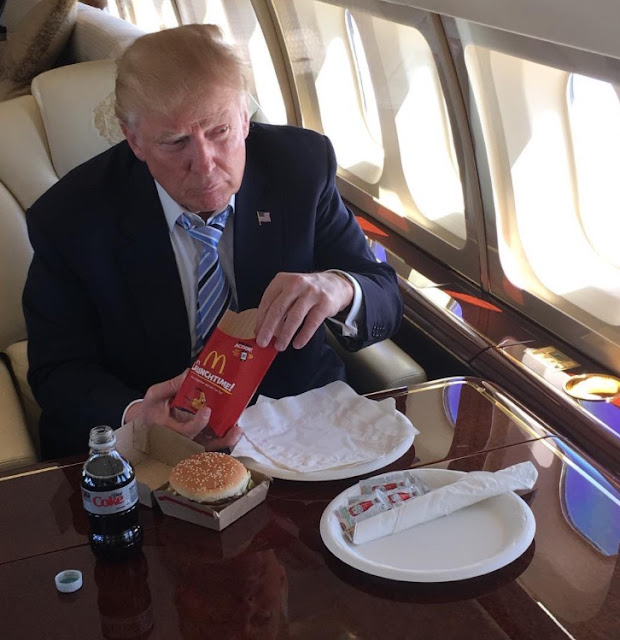 It was only a few weeks ago that Donald Trump promised that as soon as he won the Republican nomination, he would start behaving in a more "presidential" manner.

But last week when he finally did clinch the nomination, and sent out that picture of himself celebrating on his private jet, it became only too clear that he has no intention of doing that.

Instead he declared that he's never going to change.

And in the last few days he has been on an absolute rampage. 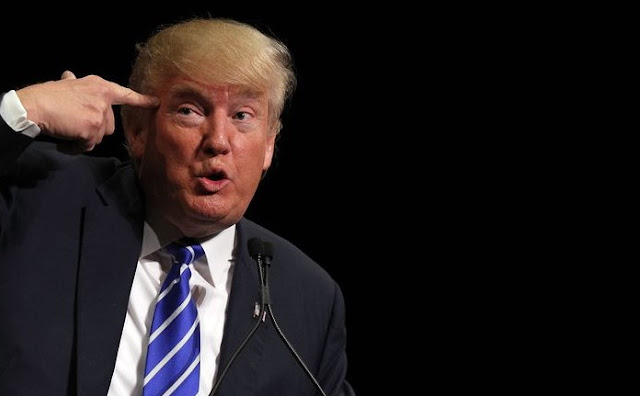 First he went after the media at a news conference, calling them sleazy and dishonest.

Which had one columnist describing his epic meltdown this way.

Donald Trump: crazy or evil? That's the question that has loomed over his presidential candidacy from the start. But we now have a definitive answer. He is a raging tsunami of both qualities. Without one or the other he would just not be the Trump we know.

All this became blindingly obvious Tuesday, which by any reasonable standard should have been doomsday for his White House aspirations. A news conference about his fundraising for veterans causes was the site of the scariest meltdown since the Fukushima nuclear disaster.

Then Trump went after the judge who is hearing the case into the fraudulent activities of Trump University.

Last week, a judge hearing the lawsuit against Trump University ordered testimony unsealed that contained damning assessments from former employees of the now defunct enterprise. Trump University was a “fraudulent scheme,” a former sales manager said, that “preyed upon the elderly and uneducated to separate them from their money.”

Trump responded with his usual dignity, maturity, and dedication to American ideals of fair play: he suggested that the judge must be against him because he was “Mexican.”

Calling him a Mexican, even though judge Gonzalo Curiel was born in the United States and has served his country with distinction.

Curiel was born in East Chicago, Indiana, in 1953 and attended Indiana University Law School. He is the son of Mexican immigrants. A 2002 Times article credits coöperation between Curiel and his counterparts across the border with bringing down the murderous Mexican cocaine cartel headed by Benjamín Arellano Félix.

Which had many of Trump's opponents calling him a bigot. Angered Latinos in California even more than they already were... 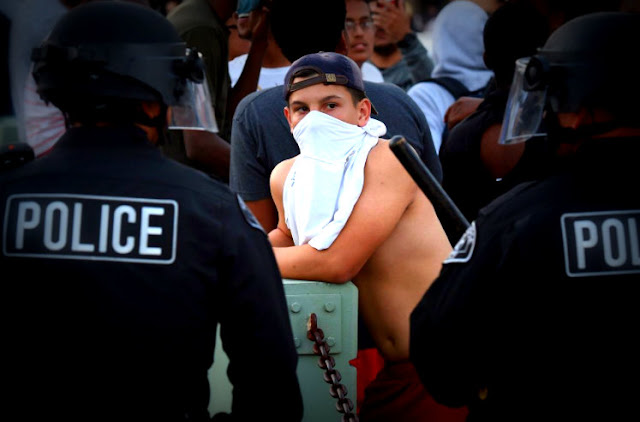 And had some of them going after his supporters...

Which although I can't blame them for being angry, can only play into his hands.

But here's the thing, Trump is a bigot and a so-called birtherist of the lowest order. But what's fuelling his popularity is an even deeper sense of resentment.

As the comedian Trae Crowder, who performs under the stage name of the Liberal, Redneck warns in this video.

What's fuelling Trump's rise is the collapse of an economic system which only exists to export jobs, make the rich even richer, and make most people poorer.

And until that economic system is radically transformed nothing will ever change.

So even if Trump fails in his quest to become President, he will be followed by one right-wing demagogue after the other.

And the really bad news is that the only man who could bring about that needed radical change in the United States is Bernie Sanders... 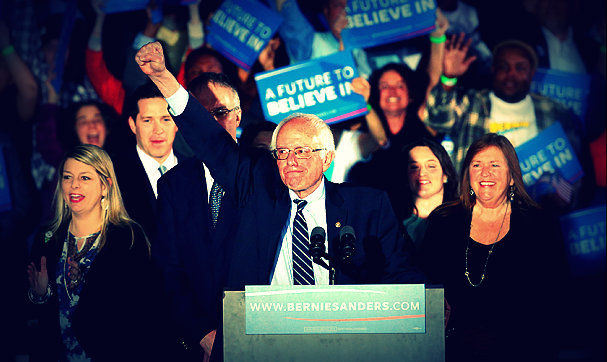 But although he is in a tight race with Hillary Clinton in next Tuesday's California primary.

He is almost certain to lose the nomination next week.

Leaving Clinton, the good friend of the Wall Street bankers, to try to deal with those demands for radical change, 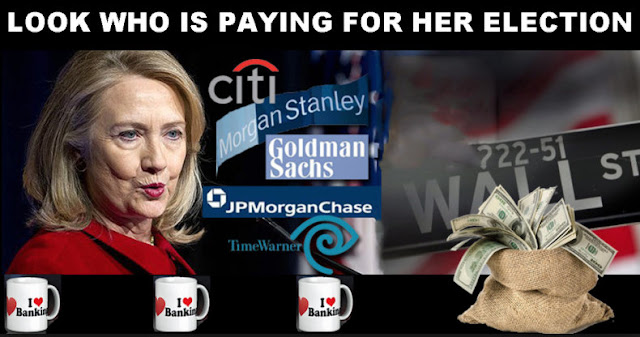 She may yet beat him, for Trump is his own worst enemy.

But all I can say is, where are our neighbours going?

And may the gods of truth and reason save us from that bigot maniac...

I read an article a few days ago and the author is predicting that Donald Trump will not be 'around' come November 2016! Planting thoughts as to where he will be......scary!

If I actually believed in the fictional guy in the sky, I would be praying for our friend the USA. I hope they are ready to dump Trump in November. Certainly a case of bigotry going on with that fool!!!! FS

Canadians are facing the same challenges. Good manufacturing jobs are disappearing at an alarming rate due to automation and off shoring. Automation, self driving vehicles,intelligent computer systems will push this even further in the future. In the past the wages from industrial workers went back into the economy, now the "robotic and offshore wages" go the the 1% who made the investment with the profits are squirreled away in off shore accounts or paid in huge tax sheltered bonuses.In short the money does not make it back into the economy so the government is forced to raise taxes, borrow more and create make work projects to compensate in a self defeating spiral.Defining the problem is easy, creating solutions that reverses the process while keeping our personal freedoms and entrepreneurial spirit alive is an entirely different matter.Squeeze corporations and they go elsewhere, set up trade barriers and its the consumer that pays or more likely goes without; not easy solutions.
RT

So on one hand there's Hillary, who I believe will do anything to quench her insatiable thirst for power. She's the status quo candidate, backed by the elites and I like many others do not trust her. On the other hand, Trump. I think Americans screwed either way unless Bernie can pull off a miracle.

Donnie just told us why he loves the uneducated ; they are easier to steal from. He also sees the elderly as prey. CLASSY !

its not the lesser of two evils, its the evil of two lessers

that comedian is funny and smart. they need to put him on the road to help defeat Trump. He speaks the language of those who support Trump. Loved him!

People have under estimated Trump and the disengagement of disenfranchised Americans. Trump has their number and he is dialing it up every day. Promising to bring jobs back to America. we know it isn't going to happen. Walmart isn't going to permit it. Wal-Mart was able to reduce the amount of container inspections the American Customs dept. wanted to do. it impacted their operation. So if Wal-Mart can stop American Custom inspections of containers, do you really think Trump is going to bring jobs back to American. those people are dumper than a sack of hammers but they want to believe their lives will get better.

America has started the long decline. It is doubtful Clinton will improve things, but she will be beter than Trump. If Trump is elected and the Senate has a majority with Republicans the world is in trouble, especially Canada. If a bomb missed the Americans it could hit us. Moving a little further away from the border may be a good idea.

respectfully disagree, Trump is the cure for what ails us, snake medicine.
Hillary is just more soma till the end.

Keep in mind that the following article is from a conservative, not progressive, website:

A billionaire eating McDonalds on a private jet... That's not much of party.

What colour is Trump's hair? It seems to change colour depending on the lighting.