Will the Brexit Referendum Lead to a Generational War? 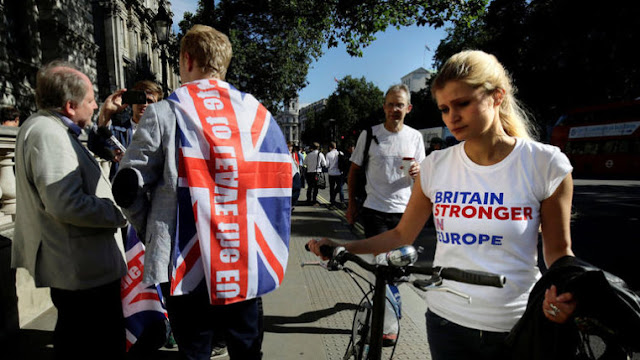 I thought it was a reckless move, that amounted to throwing out the baby, and the future, with the bath water.

I hate the way it has triggered an explosion of racism.

And I also hate the way it has driven a wedge between the young and the old in Britain. 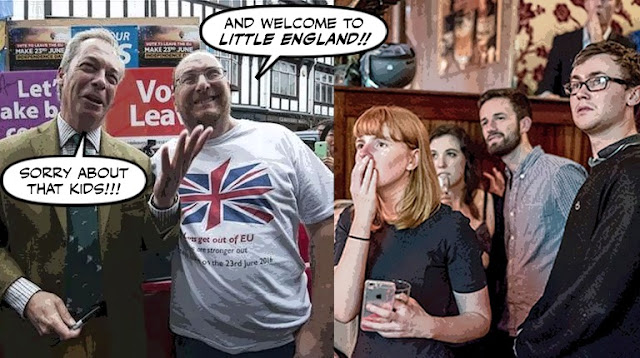 Because many young people were very disappointed that although most of them backed the REMAIN side, the LEAVE side still won.

And more than a few, like this 21-year-old writer, feel betrayed by the older generation.

I am broken by this result. As a young person, I cannot help but feel betrayed. In fact, it’s somewhat hard not to take it a little bit personally.

Despite young people having to live with the decision of the referendum for an average of 69 years, it has been decided for them by people who will only have to live with it for an average of 16 years. Put simply: The long-term effects of Brexit will not be felt by those who overwhelmingly voted for it. Because they will be dead.

And are really angry.

But although I can understand that bitter disappointment, because the EU does offer young people greater economic opportunities than they might find at home. My generation will not enjoy the free movement to 27 different countries and the workers’ rights that rescued Britain from the "sick man of Europe" era of the 1970s. For us, there will be no golden age of economic hope and glory.

A better chance to find a job, as well as a chance to expand their horizons, be introduced to different cultures, and make new friends.

And it does pay for projects in areas that Con governments are notoriously reluctant to subsidize.

In the University of Oxford’s official statement, it acknowledged that it received £66 million a year from the European Union. Not only will Oxford lose this money, potentially, but it will also risk losing out on pan-European collaboration on research, an invaluable asset when forming ambitious research projects.

I find all the stories about a coming generational war to be somewhat exaggerated.

For when I spoke to some of my younger relatives and friends in Britain Little England, I didn't pick up any trace of bitterness, or desire to smother their parents in their sleep.

Just despair, and a tendency to blame the result on things like the incidence of mad cow disease or BSE... 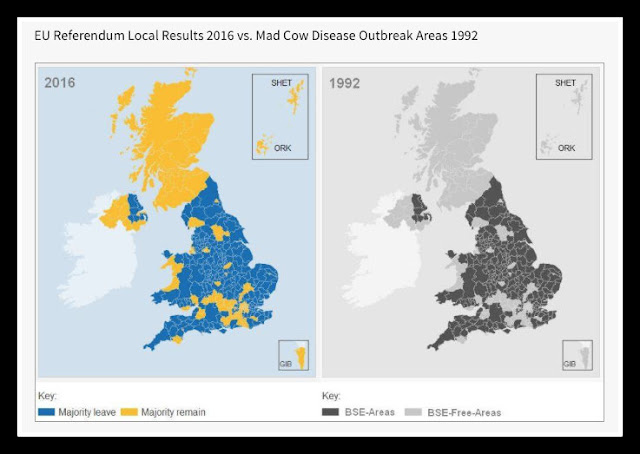 Which sadly turned out NOT to be true.

And when my parents voted NO in the Scottish referendum, despite all my efforts to convince them to vote YES, like so many others I was horribly disappointed by the result.

But it never crossed my mind to blame them, or any other older people... 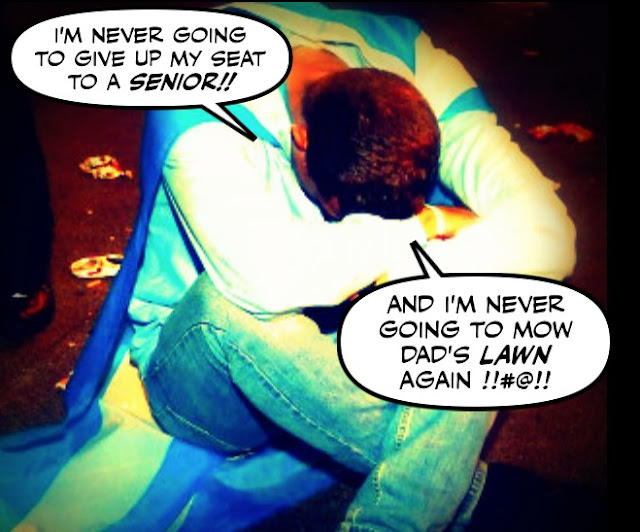 I just sulked for days, and vowed to work even harder to persuade them to vote YES next time.

So I figure the young will get over it, there won't be any lasting bitterness. And I'm glad somebody agrees with me.

There is a growing generation gap but it has more to do with the speed of technological change. 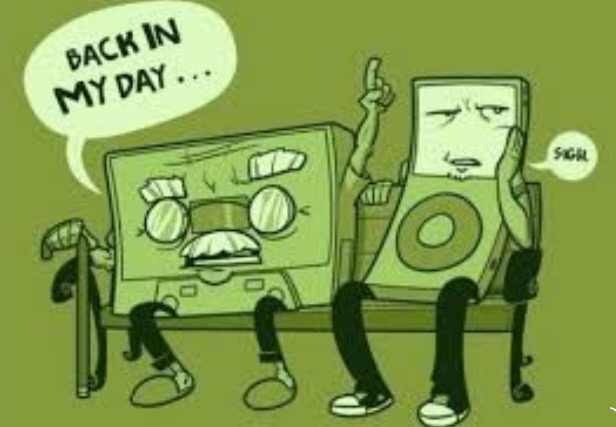 Generation expert Jason Dorsey from The Centre for Generational Kinetics argued in his 2015 Tedx talk, that there is some truth to the idea that the gaps between generational experience are widening. Due to the rapid pace of change, Dorsey suggests generations will in short order go from being 20-year spans of identities rooted in common experience to 5-year spans.

The rate of change is speeding up, and a child today raised with an Ipad in their hands will likely have a significantly different experience than a one born five years from now who comes of age in an era when virtual reality is omnipresent.

And the young are unlikely to hate their elders for long, because they like them too much.

Having grown up in households that involved more democracy than hierarchy when it comes to child and parent relationships, kids these days have more of a say than children did in past generations. And this means that they actually really like their parents and grandparents.

Economics may be a driving factor behind why 42 per cent of Canadians in their 20s still live with mom and dad but Taylor would also argue that the option of staying in the family now is more likely because young people these days like their parents and see no reason to break up a good arrangement.

Which is what I like to hear. For as you know on this blog I fight for the rights of Canadians of all ages. 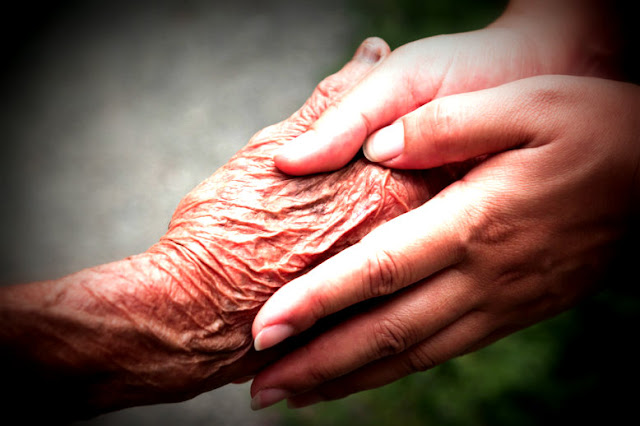 I have no time for those who would divide us.

And as I like to point out when the young and the old finally joined forces in the last election.

We did give the Cons a real generational problem... 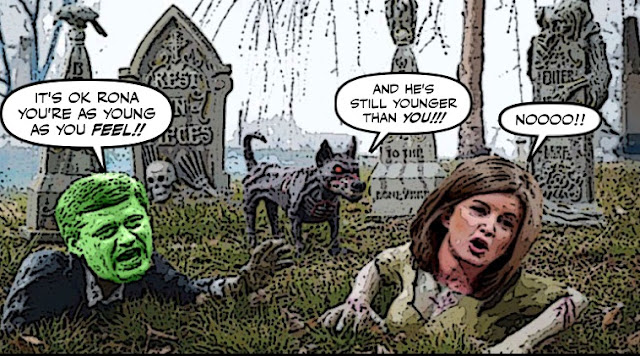 So let's just keep on doing that. Let's learn from each other, march on together.

And finish the job we started...

After being stuck in traffic for over an hour last night for Obama's motorcade, I watched his speech in The House. It was so inspiring. Made the wait worth it.

I think you are right about Britain, am hoping that there is some peace and reconciliation between the generations.

As I pointed out in my Blog, I think the generational shift is becoming ever more evident and Brexit was just another example. My oldest daughter is 27 and she and her younger brothers (both of whom are in their 20s) have testified to the degree to which their peers actually see government as an important factor in creating a better future for them. Few of them seem to buy the "low taxes" bunk, and their social attitudes are decidedly liberal. But I don't think we need to see it as a "generational war." It is just an inevitable changing of the guard (so to speak) and the even though such transitions are often rocky, the difficult times pass relatively quickly.

Any bill to trigger Brexit may lead to another surprise. According to the BBC , before the referendum, 479 MPs supported stay, 158 go and 13 undeclared. Of the Tories, it was 185 stay, 138 go. This means that if only 35 Torys vote against the bill it fails.

Boris isn't as dumb as he looks: he doesn't want to walk into a buzz saw. It remains to be see if Theresa allows herself to be trapped.

now Boris doesn't want to be P.M. either. Guess it was fun giving all those speeches and having people applaud you, but actually doing all the hard work of running a country, which is going to go down the tubes, not so much.

don't see any generation war happening. Just a difference of opinion and how people see the future.

people headed to retirement and not much saved for it, will not be interested in anything which may cut into their pensions. many saw the influx of new comers as cutting into their end of the social programs.

Young educated people saw a different future, also, when you're young, you're hopeful. I'm sure young people with few skills voted much the same was as older workers headed to retirement.

hi TS...I hope I'm right and this generational divide can be bridged or healed. But in my attempt to be optimistic I may have understated how deep is that divide right now. A lot of the young are feeling betrayed, and unless a new generation of leaders can bring the two groups together, we're going to see the same kind of political alienation we are witnessing in the U.S. where Bernie Sanders had most of the young people in the Democratic party, and Hillary Clinton is having a lot of trouble winning them over. It's a bad situation and it can only help fascists like Farage and Trump....

hi Kirby...yes, a new political generation is rising, and it is becoming more and more evident as Bernie Sanders' campaign made only too obvious. The old will soon have to move over and let them take over because they are the only ones now who can save this world. Or work with them which is my position. As I said in my post, I have not known young people to be hostile to the old, even though the old can be hostile to them. But the young are already finding it hard to survive in an era of low wages and high housing prices. So if the capitalist system can't be reformed that alienation can only grow, and it could result in something resembling a generational war. Which would be tragic, and poison societies as bad as racism can. Let's not kid ourselves, we are on the verge of an apocalypse or a revolution, and anything can happen...

hi rumleyfips...well since you wrote that Boris has walked into a buzz saw of his own making. And while he may have regretted his actions, because as many believe he never thought that his side win. If people like Michael Gove take over Britain will be in real trouble. Because he is a religious fanatic and a LEAVE hardliner, and don't forget the man who famously declared that "there are too many experts in this country." He practically destroyed the country's educational system, so goodness know what he could do to Britain....