Victor Jara: The Gentle Singer and the Fascists 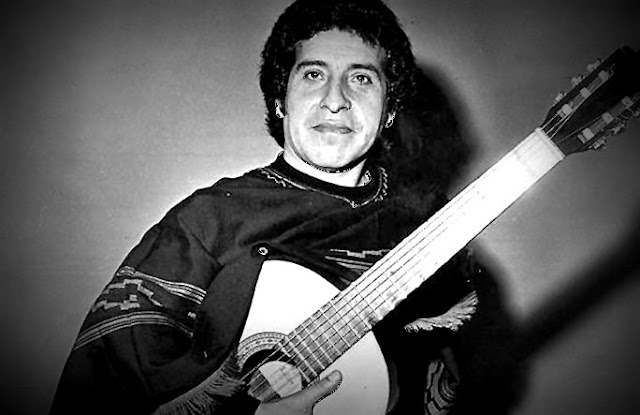 Victor Jara was a well known Chilean folk singer who sang songs about poverty and injustice.

And for that when Augusto Pinochet and his fascists overthrew the government of Salvador Allende, he was one of their first victims.

And was tortured and murdered in a soccer stadium where the military were holding thousands of prisoners. 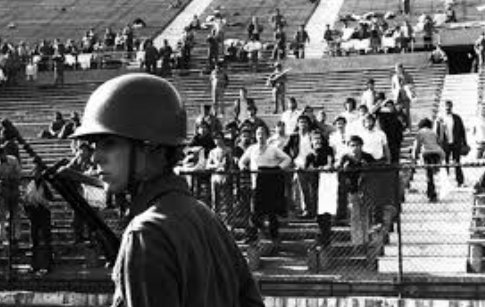 But now at last, forty-three years later, it seems that his killer may finally be brought to justice. 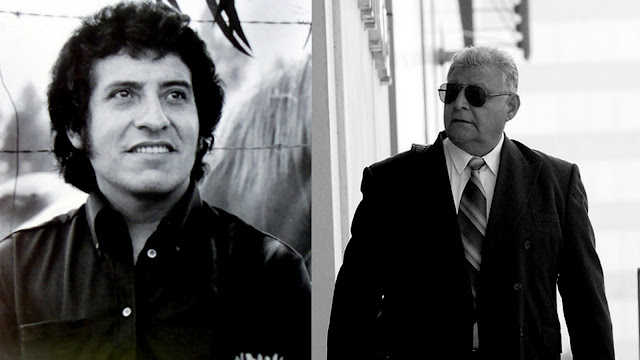 A Florida jury on Monday found a former Chilean army officer liable for the 1973 torture and murder of the folk singer and political activist Victor Jara, awarding $28m in damages to his widow and daughters in one of the biggest and most significant legal human rights victories against a foreign war criminal in a US courtroom.

The verdict against Pedro Pablo Barrientos Nuñez after a two-week civil trial in Orlando’s federal court could now also pave the way for his extradition to face criminal murder charges in Chile related to his conduct during a CIA-backed coup that led to Augusto Pinochet’s 17-year military dictatorship and the deaths of almost 3,100 people.

And hopefully after so long it will provide his poor wife with some measure of closure.

Joan Jara Turner, 88, testified during the trial that her husband’s death in a stadium locker room had “cut my life in two”, and has previously spoken of the horror of having to identify his tortured and mutilated body in a morgue after he was dumped outside the stadium with 44 bullet wounds.

For that is what that fascist bastard did to the gentle Victor Jara, for the "crime" of being a singer. First he broke his fingers, and then he shot him over and over again.

At a concert in Peru, two months before he was murdered...

It's a beautiful song, and one of the first I learned how to play on the guitar to help keep his memory alive.

And later to remind me that from Cons come fascists.

May his killer be extradited and jailed for the rest of his life.

And may there finally be justice for Victor Jara... 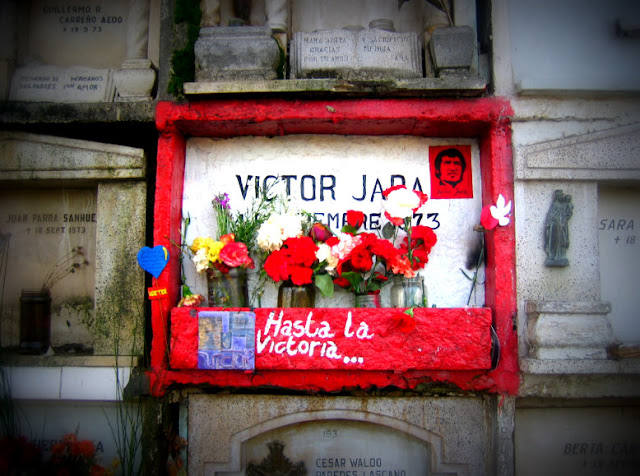 The sad horrible irony is that Pinochet pushed for Friedman style economic policies (low taxes especially for the rich, budget cuts, austerity, etc) with a mix of torture and oppression and it failed miserably. It wasn't till he implemented policies similar to what got Allende in trouble with the CIA that the economic miracle of Chile happened.

I think it is important to relate the message that the CIA backed coup of the democratically elected Allende government was a planned social experiment instigated by the neo-Liberal (Don't let the name fool you, it's Orwellian in nature) idealogy policies of the Chicago School of Economics and more specifically, Milton Friedman. Stephen Harper was / is a believer in Milton Friedman's twisted economic policies.

Thanks for keeping Victor Jara's memory alive Simon.
It is a period in history which is forgotten or unknown to many young North Americans.
For myself, a ritual I do every few years, is to borrow and view some Costa Gavras movies from the Edmonton Public Library.
One of the finest political filmakers of all time, Costa Gavras' movie Missing with Jack Lemmon and Sissy Spacek captures the terror and horror of the Pinochet CIA assisted coup that started in Vina del Mar, Chile.

As a prelude to watching "Missing", I recommend watching his movie "State of Siege" with Yves Montand playing a character based on real life USAID/CIA worker Dan Mitrione which details US involvement in the Latin America of the 1960's, 70's and 80's.
The "planned social experiment" was not just about free market economics, it also extended to the training of most of Latin American police and military in advanced torture and interrogation techniques.
https://en.wikipedia.org/wiki/Dan_Mitrione
And they are still doing it.

Great to see Karma in action. Love to see him jailed!!!!!! Now if we could jail some of the CIA involved that would be a Karma bus!!!!!!! FS

hi Dan...yes the story of the Pinochet years is a tragedy in every sense of the word. And the fact that Pinochet spent so little time in jail, and was never properly punished, will bother me until the day I die...

hi GreazedLitenen....yes the list of Pinocht's accomplices is a long one. The CIA, Henry Kissinger, Margaret Thatcher etc etc. I thought of mentioning them but I wanted to keep the focus on Victor Jara and his killer on this day of at least partial justice...

hi hinofan...when I was in university I did a paper on the Dirty War in Argentina, Chile, and Uruguay, the so-called Operation Condor. I learned Spanish so I could read original documents, I even visited Argentina and heard some horrifying stories that I will never forget. I stood in the tiny chapel of a cemetery where a young student was held down on the altar while somebody injected poison into his heart. What happened in those countries with the full support of the Americans and others must never be forgotten...

hi FS...yes it is encouraging, even if it has taken such a long time. As I told hinofan I have studied the Dirty War in that country, and I memorized the faces of a long list of war criminals, but I so much wanted to see some justice for Victor Jara and all those who loved him. So I'm extremely happy that killer has finally been held accountable for his bestial behaviour...

What a wonderful victory. Let this be a lesson to all those who want to participate in such torture. Sometimes your day will come. these types of crimes can never be forgotten.