The ISIS Crazies Threaten To Attack the Toronto Pride Parade 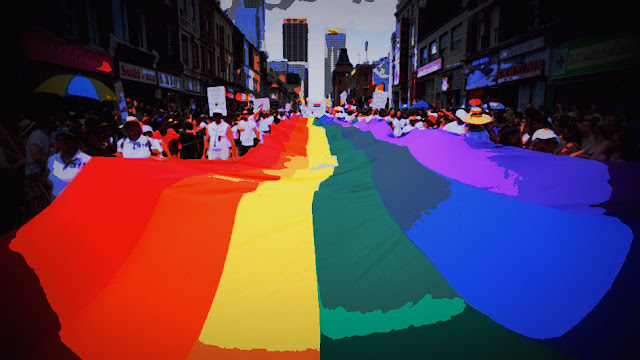 The other day I told you that I'm planning to attend Toronto's Gay Pride parade, even though I'm recovering from knee surgery.

Because I want to honour the victims of the Orlando massacre, and show the hate mongers of this world that we are not afraid.

Even if I have to hobble through that crowd on crutches, or ride majestically through it on the shoulders of my companion.

Well now I'm even more determined to go, because it seems some ISIS crazies are threatening to ruin the party. 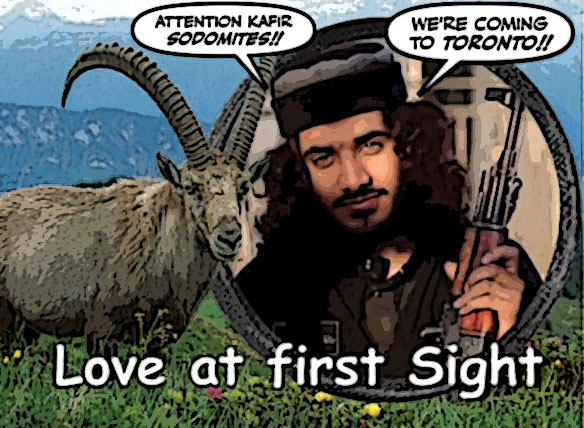 Toronto police say they are aware of a possible threat from a German pro-ISIS group that identifies the Toronto Pride Parade as an “excellent target” for an attack.

And although I'm not sure whether they will be bringing their favourite goats, and although I know that Justin Trudeau will be marching in the parade, so I'm sure the police will take the necessary precautions.

I'm not taking any chances. I'm sending in the Con Brigade...

I mean they're always talking about fighting ISIS, so this is their chance.

But seriously, what everybody needs to know is that the ISIS crazies are about as Muslim as those porkers. They are the Kafirs or unbelievers.

And judging from the murderous activities of their latest self declared recruit, they may even be sodomites.

So if they try to rain on the gay parade, they will end up in the hell of their own choosing... 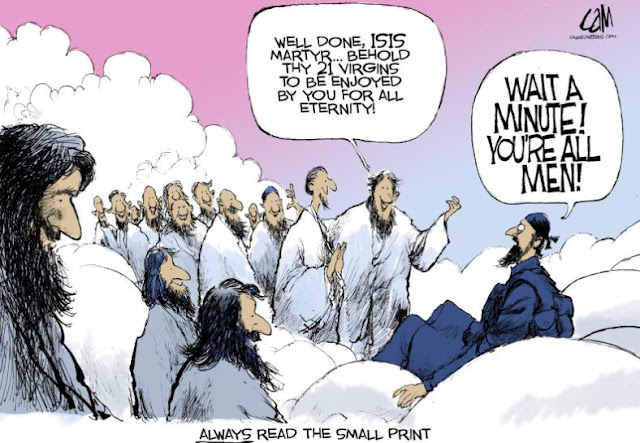 And what those losers, or that loser, needs to know, is that the LGBT community is a fighting community.

The Gay Pride parade is a celebration of the three-day Stonewall Riots in 1969, and the official beginning of the Gay Liberation Movement... 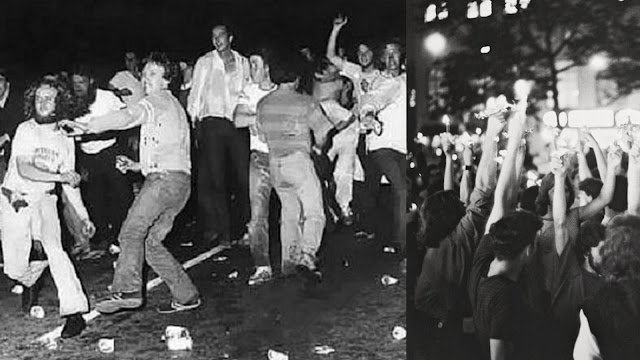 We hate cowardly religious bigots with every bone in our bodies, and have been fighting them for over forty years.

And what they also need to know is that we are joined every year by tens of thousands of straight people, of all ages, and ethnicities. Who bring themselves and in many cases their children, to join in the fun and celebrate diversity, and tolerance.

Which is what makes us all strong. Or makes us Canada

And while we're marching on to victory.... 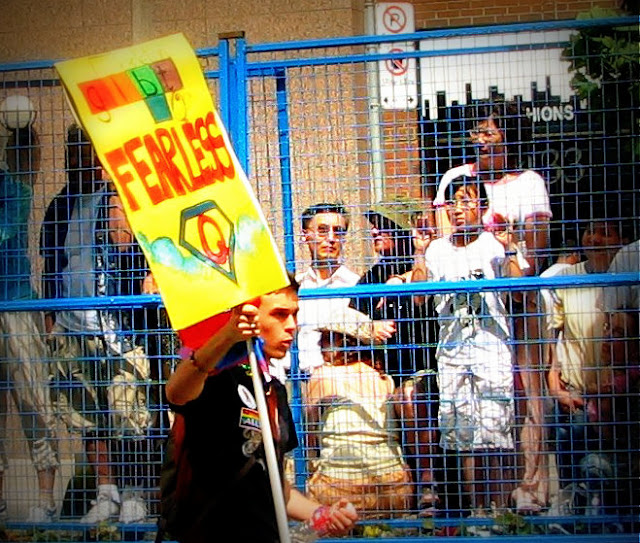 They're heading for oblivion.

So if I was them I'd stay at home, and shove this absurd message where the sun don't shine... 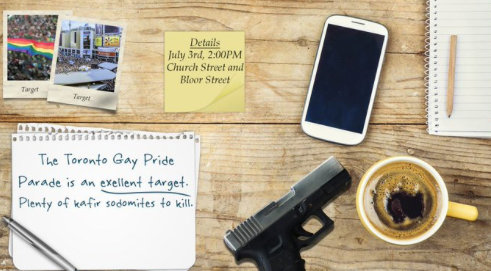 Before I lose my temper and confiscate that deadly cellphone, and that toy gun. And ask the authorities to administer a random drug test.

But if they do insist on coming, I do hope they introduce themselves to me and my buddy Sébastien.

Because with more than twenty years of martial arts training between us, we'd LOVE to have a chance to welcome them to Canada.

For one thing is for sure eh?

The LGBT community will honour its dead.

And we are not afraid... 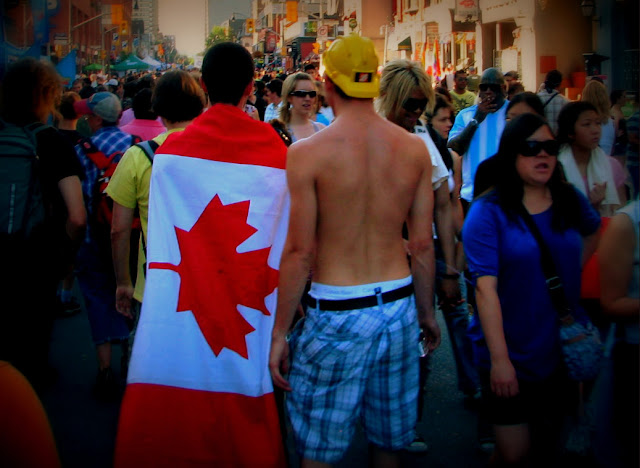 So you can't fight for one, without fighting for the other...

"And what they also need to know is that we are joined every year by tens of thousands of straight people, of all ages, and ethnicities. Who bring themselves and in many cases their children, to join in the fun and celebrate diversity, and *tolerance*."

Tolerance is not good enough. Not even close. To simply tolerate something or someone is woefully inadequate. Full on understanding and 'acceptance' is what is required of people. Mere tolerance is insulting.

Such charming people threatening the gay prides with a verse from that peaceful book the quran (verse 2:191-193): 'kill them, wherever you can find them.' Maybe we should kindly ask these losers go play in the desert with their suicide vests so they can leave the planet they so much hate and get their heavenly virgins without harming anybody else. Good luck to the virgins though! Most of these freaks are horrifically ugly. Maybe they are angry because they can't get a nice boyfriend?

It's all well and good to say that we're not afraid but what good is 20 years of martial arts training against a hail of bullets from a rooftop aimed at thousands of revellers below?

The police force better be doubled or tripled with a focus on the rooftops and the windows where people normally hang out with feet dangling. The sketched-out boys might never notice the shark in their midst as a lone gunman or gunwoman could blend in easily with some rainbow glitter and a festive attitude.

we don't need more anonymous people like you. Coward.