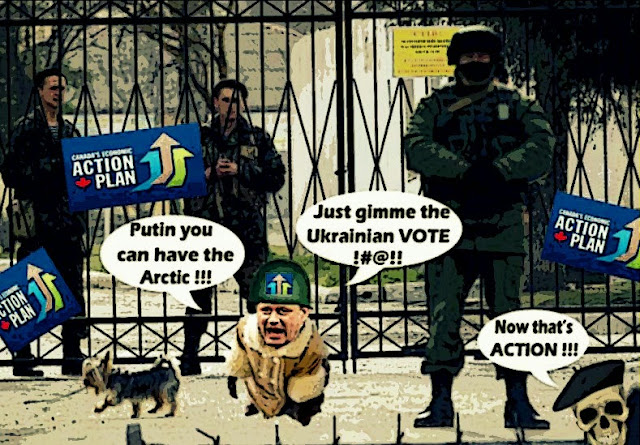 You'd think Stephen Harper would know better than to visit Ukraine a few days after Crimea votes to separate, as it almost certainly will on Sunday.

And the last thing the world needs is some foreign leader inflaming what will almost certainly be a dangerous situation.

Prime Minister Stephen Harper will visit Ukraine next week to express support for the interim government in the midst of its unfolding crisis with Russia.

Harper is the first leader of from a G7 country to announce plans to visit Ukraine during the current unrest there. With Russian troops conducting exercises on Ukraine’s border and the country wracked by political tension and violent demonstrations, Harper could find himself in the midst of a chaotic situation next week.

Because he will do ANYTHING to win the Ukrainian-Canadian vote, even if he causes World War Three.

And he will pose as a champion of democracy, even as he tries to strangle it at home.

This bill, C-23, is a monstrosity that perpetuates the worst flaws of the system the Conservatives introduced in 2008, and makes the situation worse by removing the safety valves. What is at stake is nothing less than our right to vote, clearly guaranteed by our Charter of Rights.

But then he also likes to pose as a Great Warrior Leader who would spend millions and millions celebrating old wars to make himself look like a patriot. So he can more easily sell us out to foreign interests.

Even if that means sticking the military with the bill.

The cost of six years of military commemorations surrounding Canada's 150th birthday is to come out of existing Canadian Forces operational budgets.

A January 2013 "Planning Directive" from Gen. Tom Lawson, the chief of defence staff, makes it clear the mission comes straight from the top, with input from the Privy Council Office (PCO) that serves the prime minister and cabinet, the Prime Minister's Office (PMO) and the PM himself.

Even as he's closing down veterans centres across the country, betraying wounded soldiers, and the real military leaders think he's INSANE.

Emails among senior DND planners refer to the commemoration program as "a beast" and a "steaming football."

Now think of all of the above. The beast and the steaming football, the muzzler, the maniac, the man who would corrupt our democracy and torch the planet.

And ask yourself these scary questions: One, do you think he's still sane? Or has all that stress driven him over the edge?

Two, do you think he likes this power thing? 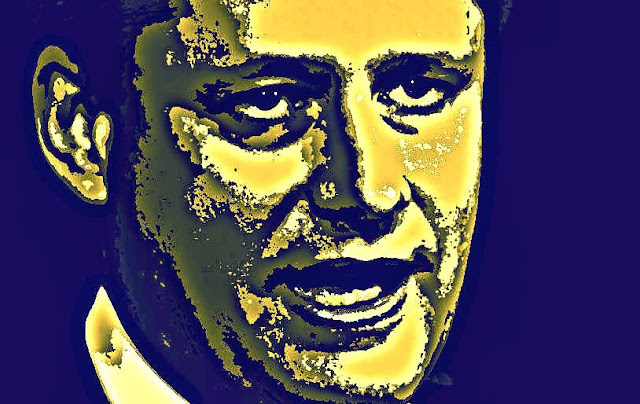 For you, Canada, and for your future—Stephen Harper is willing to selflessly take on the burden of absolute power.

For you, he is willing to abandon his fundamental principles and stack institutions, agencies and court benches with his loyal supporters and flunkies.

For you, he is willing to change the Elections Act to make it harder for you to vote and easier for you to give him money.

And three, what have we done? How could we have given such a freak of nature the power to destroy Canada?

And threaten the world... 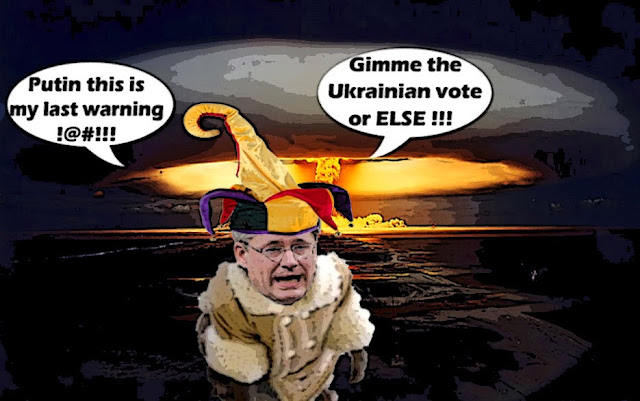 Because let's face it eh? The idea of Harper in the middle of a civil war and/or a superpower confrontation, taunting the fascist dwarf Putin for crass political reasons, IS a scary thought.

And the only thing we can hope for is that he riles up Putin so much, that he forgets about taking Ukraine.

And takes Harper instead...

Even if we have to change a few street signs to confuse the invading Russians.

But if that doesn't work we will just have to stop our Putin ourselves. By whatever legal means necessary.

For now there is no choice. Because he is a beast. His Con regime is a steaming football, or a steaming heap of something else.

And we really must work harder than ever to defeat him.

Before he turns us into a police state.

And his monkey madness destroys us all... 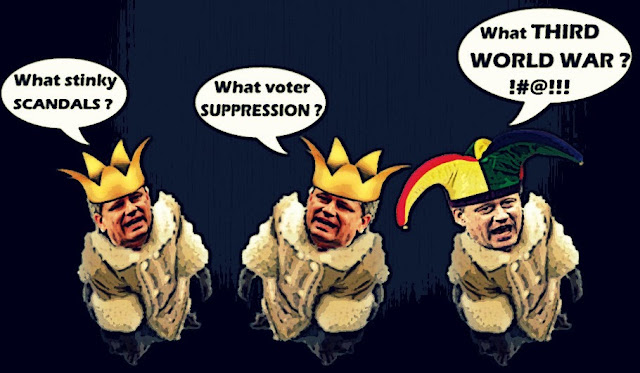 Wow! First delegation to Ukraine and now first G7 Leader. Wow!
Here's a suggestion Dear Leader, take your band(minus your drummer who is an alleged fiddler) and go to the border and serenade the Russian soldiers. Once they hear your off-key wailing they'll either turn and run or hopefully put the wounded animal out of its misery.

We can always hope the Russians keep him there. He and Putin will find they have a lot in common. What a grand standing asshole, wasting our tax dollars on this trip. Use the money for more mental health workers for Veterans suffering from PSD.

hi anon...you know once upon a time we might have played a useful role in this crisis. Back in the time when we were skilled peacekeepers and people trusted us to help bring them together. I don't object to the Cons supporting the Ukrainian government, but playing cheap politics in a crisis as serious as this one is simply irresponsible....

hi e.a.f....It's not too well known but Stephen harper is apparently a great student of Stalin, so him and Putin could have a glorious time together. They certainly have the same views about democracy, so they should get on like a house on fire...

I will change their election laws to be as right oriented as I want ours to be.

Why Why Why is not offical oppositin making the case?

It's very sad that Harper should be backing near fascists in what really looks like a CIA style coup. But Harper is very much an American. Scary but true. Is he a traitor? We'll find out in time I suppose.
The fact is that the coup in the Ukraine is illegal.

I've written to most of our MPs and I got only two answers from one MP. They will not discuss their position with me at all. The Liberal and the NDP MP's have sided with the Conservatives and the USA on this as if completely controlled by the party leadership. My representative in Ottawa its very much clued out. Heaven knows how she got elected. Joyce Bateman.