Will Vic Toews Be Appointed to the Supreme Court? 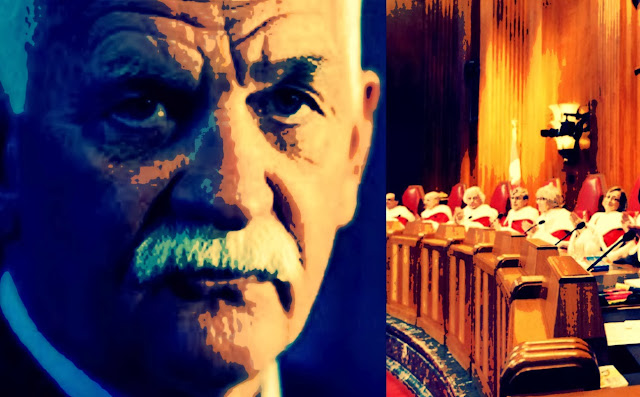 Oh boy. Talk about a roller coaster of emotions eh?

Yesterday I wrote a post about Vic Toews being appointed as a judge in Manitoba's top trial court.

And although it's a horrible story, about an appalling choice, I had a little fun with it... 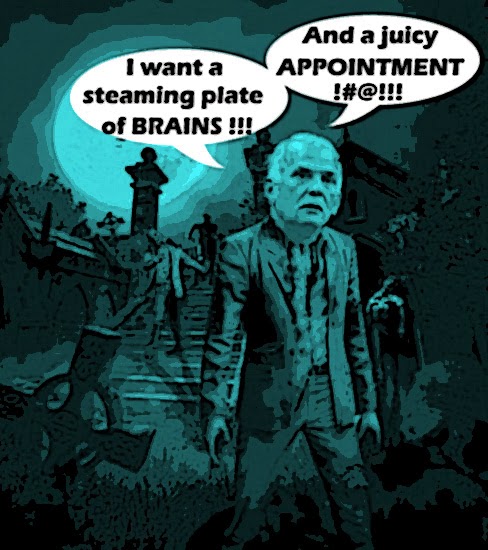 Because I like to mock the Cons as well as criticize them.

And because politically speaking, Vic Toews does exist somewhere in the dead zone between neanderthal and right-wing zombie.

So you can imagine how stunned I was to see this story.

Vic Toews, a former Conservative justice minister, has been appointed to Manitoba’s top trial court, setting up a possible candidacy for the Supreme Court of Canada, which will have a vacancy from the West within two years.

Which wiped the smile off my face, and had me staring at the story in disbelief.

Because I can hardly imagine anything worse than the idea of Vic Toews as a Supreme Court judge... 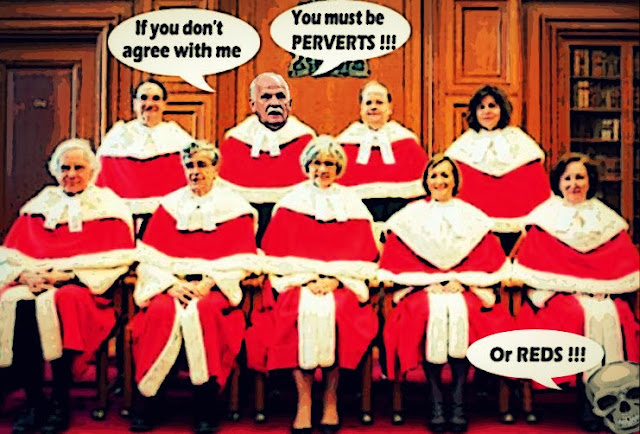 I've always thought of that court as one of the last bastions of our precious Canadian values. Toews' values speak for themselves.

Mr. Toews, 61, who retired from the government last July, is known for tough-on-crime legislation and his criticism of activist judges. Ten years ago, in a speech called “Abuse of the Charter by the Supreme Court” at an anti-abortion conference in Winnipeg, he praised the work of the conservative U.S. scholar Robert Bork, who said judges were imposing a set of values upon the American people.

As does his ghastly record... 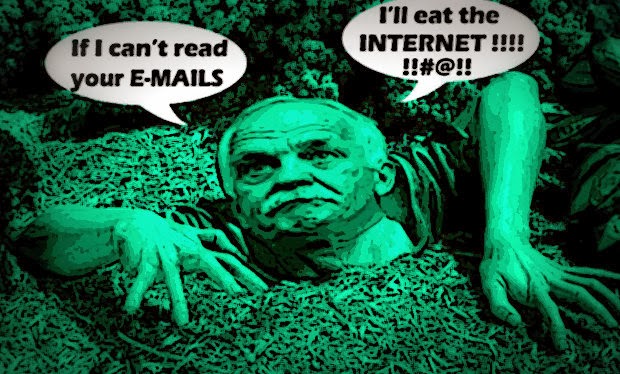 Which is only made worse by the way he ignored the convention that politicians wait two years before being named judges.

He was once a relentless critic of patronage appointments to the bench, pummelling the Liberals for choosing Grit-friendly judges. Now, after nearly six years of speculation, former Conservative cabinet minister Vic Toews has been named to Manitoba's Court of Queen's Bench, thanks to a vetting system he helped create and a committee stacked with his supporters.

And the way he changed the process to favour his candidacy.

Because while he might be technically qualified to be a high court justice, no sane person could "highly recommend" Vicky as a "superior legal mind."

And certainly not when the driving force behind his appointment seems to be that he needs the money.

Much of the response to former public safety minister Vic Toews‘ ascension today to the Manitoba Court of Queen’s Bench will concern his suitability for the job, the apparent cronyism in appointing a long-time Conservative flag bearer, or a combination of both. But one angle likely to be glossed over: how the new job will allow Toews to continue to meet onerous court-ordered support payments to his ex-wife.

For having posed as a champion of family values, while failing miserably to live up to them.

But what offends me the most is the thought that Stephen Harper is planning to debase the Supreme Court, like he has debased so many other Canadian institutions. 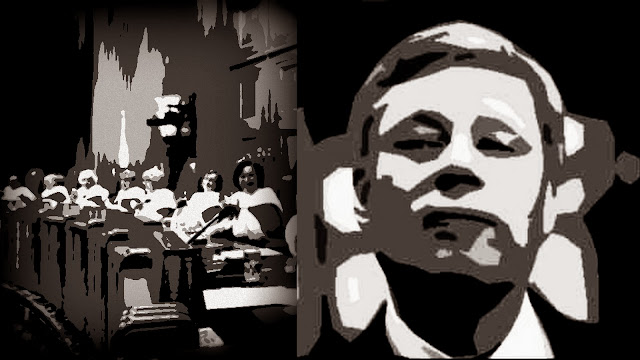 Because he has always hated the Supreme Court. He has already thrown it into confusion with this controversial appointment.

In a case with no precedent in the Supreme Court’s 139-year history, seven judges were put in the extraordinary position of having to judge a prospective new member, Justice Marc Nadon, a 64-year-old judge with a conservative bent.

And nothing would amuse him more than appointing Vic Toews to destroy it from within.

The next election could come before he has a chance to do that, so we still have a chance to stop him. And the choice couldn't be clearer.

Or we get deadly serious about defeating him and his foul Cons, or he will destroy or debase everything we hold dear.

And leave us living in the stinking rubble of a country we don't recognize...

Unbelievable, why are the people not in the streets. You have the unprecedented ad buy for the economic action plan, the Republican style re write the elections laws and change the number of seats in Tory favour nonsense, and now you have both Vic law on the internet comming back for a re try but much worse the actual possibility that Vic could be on the Supreme court of Canada. Oh the Horror, the horror, the horror.

Canadians are too lazy. It has to become like Egypt. Or possibly Syria even. Time to buy a 12 gauge just in case, trust me you are going to need it eventually.

another good reason to vote for anyone but the cons and oil can. if vickie makes it to the supreme court of Canada, harper will have screwed with this country for a long time. we really don't want vickie on the supreme court of canada, like do they really allow men on that court if they were having sex with a 17 yr old babysitter?