Pierre Poilievre and the Slow Destruction of the Fair Elections Act 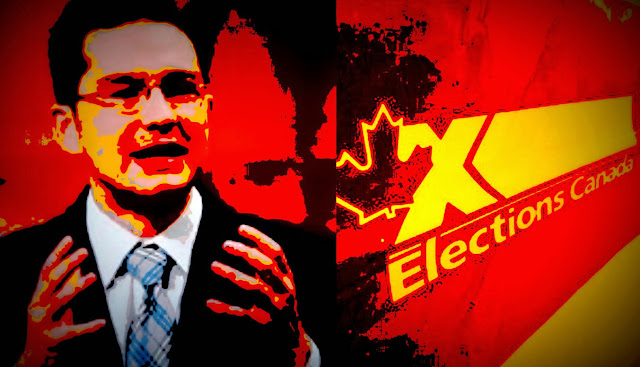 Uh oh. It looks as if Pierre Poilievre's demagogic defence of the foul Fair Elections Act, also known as the Voter Suppression Bill, is going down in flames.

Because now that sinister Con fanatic is batting ZERO for FOUR.

First he told us that he had consulted the Chief Electoral Officer, but that turned out NOT to be true.

Then he claimed he was strengthening the Elections Act when in fact he was weakening it.

Then he tried to make us believe, that the Chief Electoral Officer shouldn't encourage people to vote, because it hadn't worked in the past. 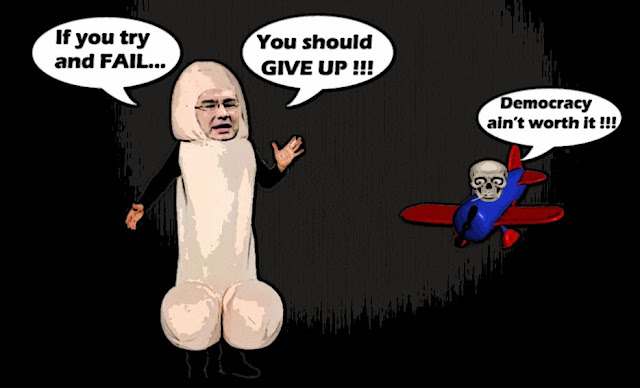 One who would stop educating kids about democracy, muzzle the Chief Electoral Officer, give the Cons an unfair fundraising advantage, AND invade our privacy.

Canada's top election official is raising concerns about privacy, pointing out that the government's proposed changes to election laws include letting parties have lists of who cast ballots.

So the Cons can make robocalls all year round, instead of just when they're trying to steal an election.

And if all of the above wasn't bad enough, now comes the final blow.

The author of a report Poilievre keeps quoting like the Bible to back up his wild claims that voter fraud is out of control, says it's the Cons who are out of control.

The author of a report cited repeatedly to justify cracking down on potential voter fraud says the Harper government is misrepresenting his report and ignoring his recommendations.

Indeed, Harry Neufeld says there’s not a shred of evidence that there have been more than “a handful” of cases of deliberate voter fraud in either federal or provincial elections.

Misrepresenting the facts, can you believe it?

And so soon after the Con clown Brad Butt claimed he had "personally witnessed" voter fraud.

Only to admit he hadn't.

All of which has propelled even Andrew Coyne to conclude that the more you look at the Con Election Act the worse it looks.

The treatment of Mayrand, like the misrepresentation of Neufeld’s report, is unfortunately of a piece with this government’s approach generally, in which secrecy, deception, and brute force are very much the watch words.

But what is objectionable in ordinary legislation is intolerable in a bill such as this, one that touches upon the very heart of the democratic process.

Or as I would put it less delicately eh? The more you smell it, the more it STINKS.

Because it should be obvious to everyone that the Cons are trying to steal the next election. As well as trying to defang Elections Canada, to protect themselves from any fallout from the robocalls scandal.

You know, the kind of stuff that could send them to PRISON.

So there couldn't be a greater scandal.

Or a greater FARCE... 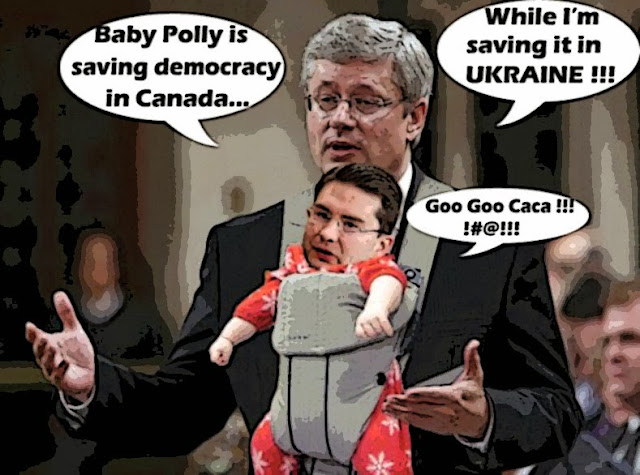 This is rapidly turning into an issue that we can use to bludgeon the Cons, do them devastating damage, and destroy what's left of their credibility.

We should use the cross-country hearings the NDP is preparing to organize, to sound the alarm.

We should organize loud and angry protests wherever they go. We should sign petitions like this one.

On Power and Politics tonight, Greg Weston said he thinks the bill is so flawed the Cons will have to withdraw it. It's THAT bad.

So let's make sure it's dead on arrival.

Let's make sure that beastly bill kills the Cons.

Before they kill our country... 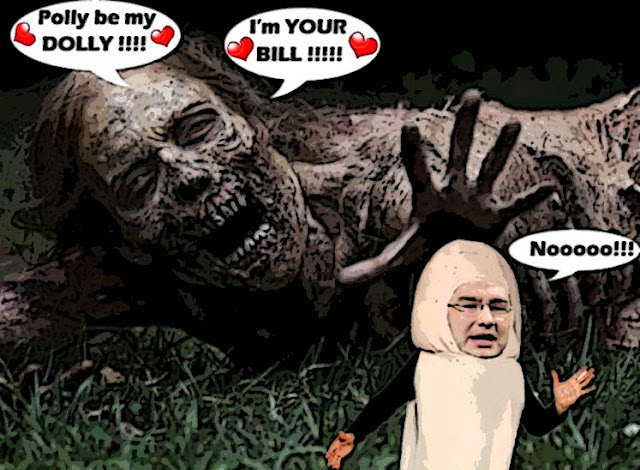 .. Having grown up on a beef farm, this Harper Government constantly reminds me how gravity works.
Things go downhill from Czar Harper... fall to the ground.. are known as manure
Pierre Poilievre is an excellent example of The Harper rear end.. and what comes out

Canada and Canadians feed and have supported Harper, a millionaire ..
and the byproduct of that trust in our senior public servant..
is shite.. pure steaming partisan shite

The Cons have borrowed Republican tactics such as personal attack ads, and now they are borrowing their voter suppression tactics:


What's next? Are the Cons going to introduce a bill that would allow citizens to carry a concealed weapon?

It wouldn't surprise me at all.

The Chief Electoral Officer, Marc Mayrand, says the government's Fair Elections Act will disenfranchise voters and give some political parties an fundraising advantage over others. We ask the Minister of State for Democratic Reform, Pierre Poilievre, for his response to the latest criticism of the proposed changes to election laws.

excellent!
love this synopsis. I am glad the NDP are fighting back for canadian democracy.

hi salamander...I see you're in a shitty mood. ;) But yes, Pierre Poilievre is the product of the Reform Party cow, and yes it is all partisan shite...

hi David...yes they are taking what they want from Neufeld's report, ignoring the bad parts, and counting on the fact that most Canadians won't read the report, and hoping that if they repeat a Big Lie over and over again enough people will believe it. As I've said before, I wish I could be a fly on the wall at one of those PMO meetings, to see how people can operate in a world devoid of political morality...

hi Deb...Thanks, I'm glad you liked it. And I hope that Liberals and other progressives can join the NDP effort to publicize that foul bill. It sounds like an excellent excuse to hold demonstrations from coast to coast to coast. And let the Cons know what we think of their plans to try to subvert and corrupt our democracy...