Will the Voter Suppression Act Help Bring Down Stephen Harper? 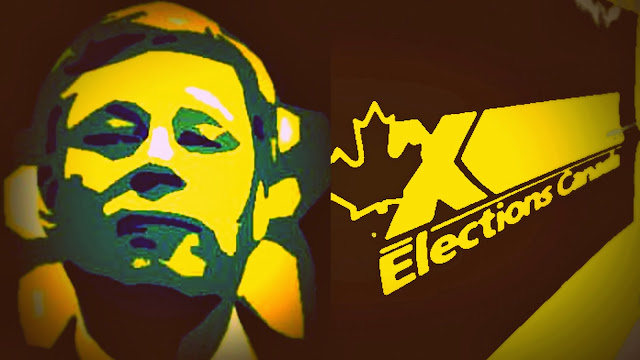 If Stephen Harper thought he could get away with his foul assault on democracy, by ramming his so-called Fair Elections Act through Parliament, after this weekend he must be having second thoughts.

Because first he got spanked by the Godfather of the Conservative movement, Preston Manning, for trying to muzzle the chief electoral officer.

And now a former chief electoral officer has pointed out yet another flaw in that anti-democratic bill.

Harry Neufeld, who wrote a report on problems in the last federal election, is warning of the potential for more abuse at polling stations if one part of the government's proposed fair elections act goes ahead.

He says Section 44 of the government’s new legislation would allow all central polling supervisors to be appointed by a riding's incumbent candidate or the candidate's party.

One that would make it easier to commit electoral fraud.

Even though the Cons tried to steal the last election. 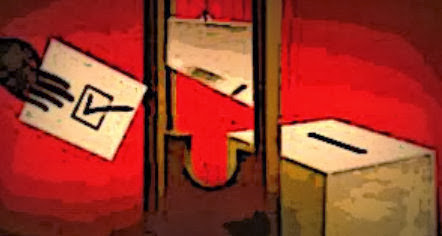 And even as the Cons place the investigative arm of Elections Canada under their control.

Deny the request of the chief electoral officer for more powers to compel suspects to testify.

And are now trying to suppress the vote of those who would vote against them.

And going after the very future of our democracy... 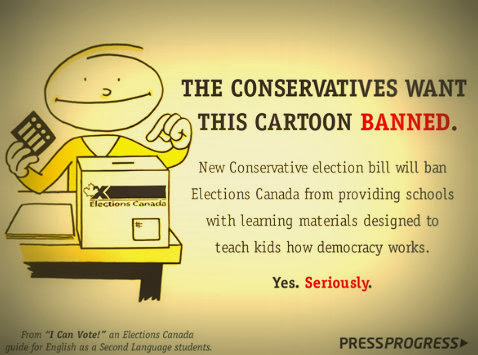 It's almost unbelievable, the greatest assault on our democratic system this country has ever seen. And for that alone the Cons should be removed from office, or JAILED.

But the good news is it looks as if their foul plan is backfiring.

Because polls already show that more than sixty percent of Canadians don't trust the Con's election bill. These latest revelations will only fuel that distrust.

As Thomas Walkom pointed out the other day, Stephen Harper is playing with fire.

Prime Minister Stephen Harper is keen to ensure a legitimate, democratic order in Ukraine. But his government is curiously casual about ramming through changes to Canada’s election act that this country’s opposition parties claim are illegitimate.

People often accept governments they didn’t vote for. But they do so only if they view the process as legitimate. Allowing the election law itself to become a partisan issue is playing with fire. Ukraine provides an extreme example of what can happen when a government loses legitimacy.

Brad Butt has already incinerated whatever was left of the Con regime's credibility...

And of course the return of Ol' Duff can only burn him further... 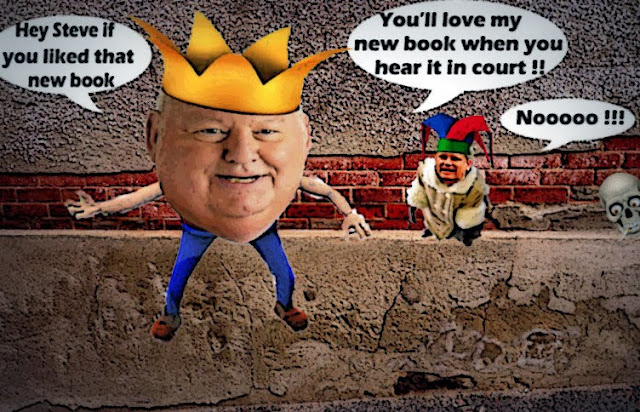 Embattled Sen. Mike Duffy vowed that if he ever faced trial over his questionable expense claims, he would bring down high-ranking members of the Conservative party, according to a new book.

“Duffy seemed determined that, if he were to go down, he would have company, telling friends that, if charged, people high up in the Conservative Party would be called to testify to what they knew,” Leger writes in the book.

By reminding Canadians that they can't trust that corrupt scandal ridden Con regime as far as they can SPIT.

It's all a perfect storm, it couldn't come at a better time. Just as the Cons are desperately trying to repair their image.

And when everyone from Preston Manning to Rick Mercer is going after them...

You KNOW they're in trouble.

And wouldn't it be ironic eh?

If the bill they were counting on to win the next election, or steal it.

Turns out to be the straw that breaks the back of the Con regime.

And the one that finally destroys him... 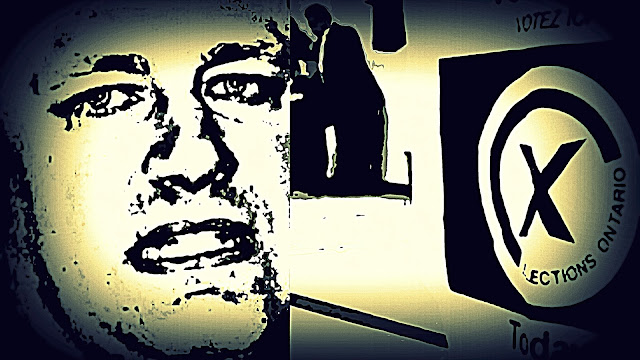 Harper as a fascist dictator, controls absolutely everything. Elections Canada, Judges, Courts, Police, his team in Parliament and out of Parliament. Harper ordered the Police? They are not permitted to speak to his team unless he approves. The members of Harper's team that refuse to be one of Harper's trained Seals, leave.

Harper as a fascist dictator, has lied his way out of all his crimes. Canada is no longer a democracy either. We are far too used to, the good, decent and democratic Canada. We have to change our mindsets and expect the worst from Harper because, worst is all we are going to get from Herr Harper and his evil henchmen.

What are the odds Mike Duffy will publish a book on his version of events just before the next election?

Duffy be the subject of next Friday's "Fifth Estate" (March 7, CBC)

From the promo, Paul Wells (Maclean's) comments: "And if you become inconvenient to Stephen Harper, you have a very short shelf life in this town."

You sound so defeated. Like you don't have any fight left in you. There are a lot of powerful people out there who are working against him to defeat him. He's only as powerful as his own people will let him be. Have you thought of that? And from the looks of it, his people are starting to turn against him. So, please cheer up! All is not lost!

hi anon...I share your feelings about Harper, but rather than dwell on the horrible things him and his ghastly Cons have done to Canada, I want all of us to focus on how we can defeat them...

hi David....thanks for alerting me to the Fifth Estate doc on Duffy. And I must say I love the promo.
The Con mob in action, scarier than the Sopranos... ;)

Well said Simon. Harper is keen to put on a show for democracy in Ukraine, but he's Putin-esque here at home.

The Rise and Fall of Mike Duffy
http://www.cbc.ca/fifth/episodes/2013-2014/the-rise-and-fall-of-mike-duffy

Yes, it would not surprise me a bit if oil can had a picture up of Putin, with my hero. What oil can is doing to Canada, Putin has already accomplished in Russia. Of course will oil can try to take over parts of the U.S.A.
The act, if passed, will be the end of our democracy as we knew it.
Elections Canada is simply with out powers once it has passed and oil can putin can do what he wants.