Pierre Poilievre and the Invisible Video 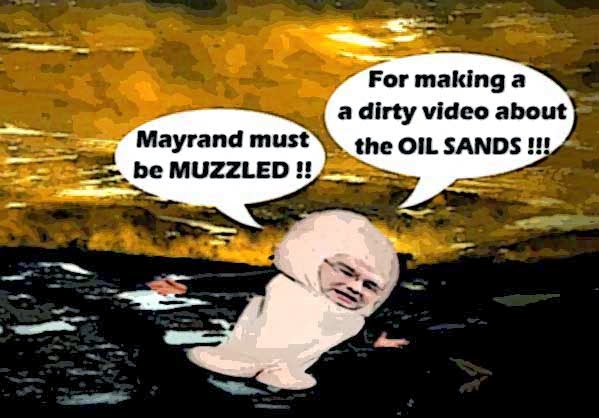 And his career is deflating faster than even I had predicted.

Yesterday, his office dug up a YouTube video to try to show why the Cons must muzzle Mayrand.

Suggesting that the ad he aired to encourage young people to vote, was biased against Big Oil...

Only to have Elections Canada reveal today that the video never aired.

Elections Canada says a video ad the Conservative government cited as the type of advertising campaign it wants to prohibit the elections agency from using under the proposed new election law was never actually aired.

The ad—a 25-second video that contrasts urban pollution and emissions to an evergreen forest as it urges youth to “vote, shape your world”—was created for Elections Canada but cancelled in 2007 by the newly installed chief electoral officer that year, Marc Mayrand.

Can you believe that eh? First the Cons came up with the invisible criminals, in their ghastly crusade to try to jail as many Canadians as possible.

Now they're using invisible videos to try to destroy our democracy.

So soon after Brad Butt came up with his wild story about the invisible fraudsters...

And so soon after this outrage.

That had the entire Con choir singing "It's My Party, and I'll lie if I want to."

As Bullet Train 2015 thunders down the tracks toward the washed-out bridge high above the canyon floor of Canadian politics, what’s that song coming out of the Harper Express? No, it can’t be. Wait, yes it is! They’re singing It’s my party and I’ll lie if I want to.

Apologies to Leslie Gore. I like that song. But the version coming out of a Conservative MP in the House of Commons doesn’t make anyone want to dance — just throw up in the parking lot.

And trying to make us believe that voter fraud is a huge problem in Canada, when it too is INVISIBLE.

There is absolutely no proof of widespread voting fraud in this country to justify the legislation — unless, of course, Pierre Poilievre gets special dispensation from on high to tell us more about the robocalls.

And the only invisible fraudsters running loose out there are Poutine and his Con gang.

Great eh? I don't know about voting, but when the time comes to denounce the Cons, remember to bring photographic evidence, a valid I.D. and a letter from your doctor pronouncing you sane, or the cops will think YOU'RE crazy.

When the NDP starts holding its public hearings into the voter suppression bill, Poilievre is going to be made to look like a fool over and over and over again.

The bill intended to bury our democracy is going to end up burying the Cons instead.

Because Mercer's right.  A Parliament that would allow the Cons to get away with this crime against democracy isn't much of a Parliament.

But it is an issue than can really hurt them.

So it's up to us to make sure those two Con clowns don't get away with it.

And neither does their leader... 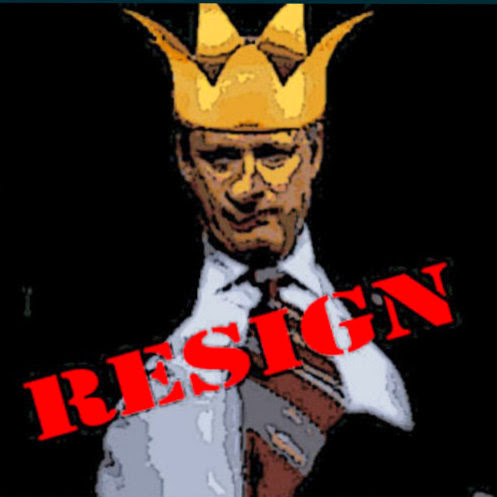 Problem is. If we don't get rid of Harper like yesterday, there won't be a Canada left. Canada will no longer be sovereign. Harper is using every dirty tactic in the book, to stay in office. Harper is rabid to be a big shot dictator, on the International scene.

Harper is a Fascist Dictator from way back and all dictators are control freaks. Then we have such as, Poilievre and Brad Butt, obeying their monster Harper's corruption, lies and deceit.

We will never be rid of Harper in a democratic manner. We have to be as vile as Harper is, to kick him out as PM of Canada. We will have to be as other countries and, have an armed rebellion. However, as Canadians used to democracy, honor, decency, ethics and morals, we would never march on Ottawa and chase Harper out of our country. Make no mistake? Harper is in the lowest form, of the human species. Harper is a monster.

I loved the "its my party......" Like the song a lot and using it in this context is great. Might make a catchy slogan for campaigns. Its my party and I'll lie if I want to. It could happen to you: then list the "achievements" of the oil canners.

It may counter the ads they are currently running about Trudeau. Now the first one, had Trudeau taking his shirt off as he walked into a room. Now I'd really have to thank the cons for that one. The kid looks hot. He's got style, he's funny. Best looking male politician today. Compare him to old, fat, stuffed oil can, well its a no brainers. That is so sexist, forgive me. We can only hope the NDP and federal Liberals don't attack each other. or oil can maybe re-elected. They need to think, Toronto style