The Two Issues That Could Bring Down Stephen Harper 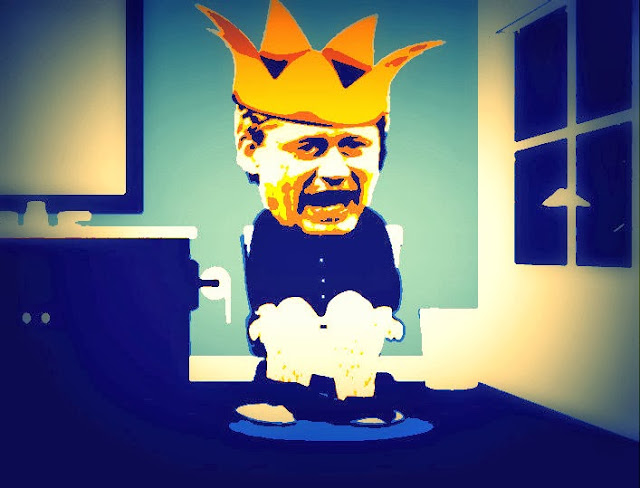 There are many issues that could topple Stephen Harper off his throne.

His party could get tired of him like so many other Canadians. The sordid scandals could engulf him. The police could arrest him.

But the two issues that could probably do him the most damage are trust and taxes.

And right now he's failing both of them.

Because at a time when his social conservative caucus has forced him to do a double flip flop on his ill considered income splitting plan.

Which his own Finance Minister has called bad policy or more fantasy than reason. 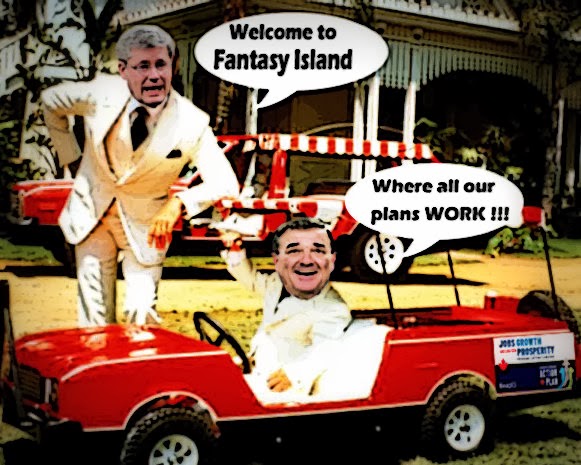 The key weakness of income splitting, whether for seniors as it exists now or for families as the federal Conservative platform proposes, makes it a good fit with the party’s political strategy, however. It’s another in a long list of selective tax breaks — a list that includes everybody from soccer moms to, most recently, search-and-rescue volunteers — that benefit a few lucky taxpayers at the expense of the rest.

For not only will it benefit very few Canadians, it's also very expensive.

The cost to the federal treasury of pension splitting for seniors, introduced in 2007, is approaching $1.2 billion a year, according to a study by the Canadian Centre for Policy Alternatives. The projected cost of proposed income splitting for families with children is more than double this.

And at a time when Great Economist Buffoon Leader is seen to be promoting bad tax policy, for narrow political purposes, this shocking story can only be devastating.

How much income tax do you pay? Forty per cent? More? Lately the government has become obsessed with making everyone pay their fair share. It set up a snitch line for tax cheats just last month, with Revenue Minister Kerry-Lynne Findlay announcing she would “aggressively” pursue those who aren’t paying every penny they owe.

That is, if you’re a person. If you’re a corporation, it’s a different story. Because quietly, while the government has been clamping down on regular taxpayers, it’s been busy creating new tax loopholes for business. The result? According to an exclusive Canadian Business investigation, some Canadian corporations are now paying virtually no taxes at all.

For it makes him and his foul Con regime look either grossly incompetent, or stooges of Big Business, or tax CRIMINALS.

Which can only undermine the public's trust in them... 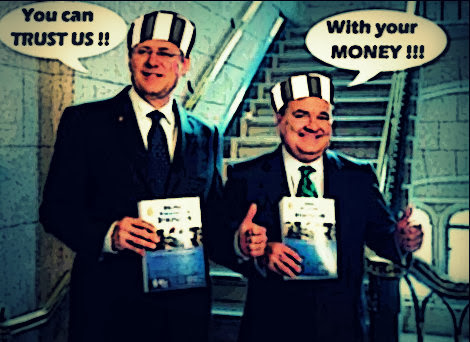 At a time when most Canadians don't even trust them with the running of our democracy.

Nearly two-thirds of Canadians believe that the ruling Conservatives are settling political scores with their Fair Elections Act, a new poll has found.

“The more Canadians are aware of the Fair Elections Act, the more they oppose it,” is the headline on the poll findings, which were shared with the Star in advance of their release on Friday.

Which in the short term will embarrass them greatly.

And when the robocall trial starts will make a lot of Canadians wonder whether it was the act of a rogue operative, or a giant conspiracy to suppress the vote.

And needless to say, all of this will make it even harder for Harper to claim that he knew NOTHING about the senate scandal, or what was going on in his own office.

And almost impossible for him to boost his polls over the next year, before he must decide whether he's good to fight the next election. Or good to GO.

Before his caucus revolts, Jason Kenney lunges for his job, or a Trudeau defeats him.

His demons are coming home to roost.

And sooner or later they will consume him... 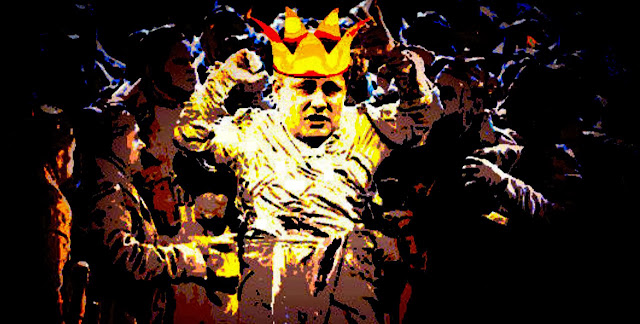 Where's his trapperkeeper, in the first photo?

This weekend there are at least 40 Lead Now meetings happening across Canada. A year from now I predict there will be local Lead Now chapters all across the country, just like there are Kiwanis clubs, Lions clubs, and other service clubs. Lead Now does not endorse any one political party. Their main objective is to build a grassroots movement, with the number one goal being the defeat of the Conservatives in the next election. Whether or not that happens, they vow to keep certain issues before the public.

I felt I was witnessing something historic. A true progressive grassroots movement, unlike the bogus (top-down) Tea Party movement dreamed up and financed by far-right Republicans such as the billionaire Koch brothers.

trust may become an issue, but it is doubtful Canadians will vote against him on the basis of selective taxation. People don't pay that much attention, to things. The income splitting issue, isn't an issue for them. It benefits those who will finance his re-election campaign. He needs that money. The corporate tax breaks, have never made or unmade an election. people simply forget about it and the opposition parties haven't made an issue of it since the days of the NDP using the "corporate welfare" phrase. The opposition parties aren't going to make corporate taxes a major campaign issue either, except for perhaps The Greens and Elizabeth May. they have nothing to loose. The other two major parties don't want to upset the corporate group until after they get elected.

If Harper does anything which effects national health care to such a degree it will hurt seniors, it could loose him an election. Getting arrested could loose him an election, but don't see that as an issue.
What could derail harper and the cons is a nice book by Duffy and/or Wallin about the "senate scandal" and a few other things, but right now I don't see them doing that. Their cases will not see day light until after the election and until then neither of them will write a book. its their bargaining chip.
What will work well for the opposition parties is a very good campaign which simply lists the cons sins against the people of this country and keep hammering. They ought not to be distracted when the cons start their own attack campaigns against Mulcair and Trudeau. They would be wise to simply ignore the attack ads and just focus on their own attacks on Harper and his cons.

Andrew Coyne said that if charges are laid against Duffy, Wright, or anyone else, that the RCMP won't do it until after the 2015 election! Good grief! How much time does the RCMP need??? Or are the higher ups in the RCMP prepared to keep quiet until after the election at the behest of "He-Who-Must-Not-Be-Named"?

hi liberalandlovingit...his trapper keeper is just outside the washroom, and no it's not Cartman it's Kenney, waiting for his master to shout "I'm done !!!!" so he can wipe his bum... ;)

hi David...good for you. That's very encouraging news. I know Leadnow is on a roll, and making a real effort to create a grassroots movement. I've always believed that only a movement can stop the Cons, and ensure their defeat. So I will do whatever I can to help spread the word. And of course cook the Kochtopus in its own own juices... :)

hi e.a.f...I'm not sure you're right when you say that Canadians won't be annoyed by the income splitting plan. Because if they see that a small wealthy group is getting a tax break and they're not, they will be pissed. And we can work with that. I do agree though the we should forget about the Con attack ads since they are not likely to be as effective as they once were, and focus on hammering the Cons with our own ads. As soon as as I can get a bit of time, I will release a few of mine....

hi David...how does Coyne know that? But if he's right it would be a scandal, because the RCMP must have enough evidence by now to decide whether to lay charges or not. But I wouldn't be surprised if there is some high-level interference. The Cons have politicized everything, and the plan to place the Election Commissioner under their own control is more evidence of that. The RCMP needs to reflect, and understand that its own credibility is at stake. And that if it is ever shown that they were manipulated like puppets, the force will go down with the Cons...

Coyne, with or without sources is most likely correct. It isn't about the time the RCMP need to make the case. Most of the work has largely been done, I am sure. The case won't go to court, if it does go to court, until after the 2015 election because the RCMP report to the Cabinet. Now you really think the Cabinet is going to approve a trial of Duffy and Wallin before an election? Not so much. Its Duffy and Wallin's bargaining chip. They have been exceedingly quite of late. Most likely trying to work something out with the government. My bet: No books written, no jail time.

People maybe upset now about income splitting and well off people having another tax break, but in 18 months that will be old news.. As long a oil can doesn't increase taxes for the masses prior to the election, they will forget all about it. After oil can is re-elected, then the taxes will be raised for the masses.

Trudeau lost my vote after he bent over, looked at it, judged it, compared it, and then decided it was easier to suck on it. ABC green

e.a.f. I may agree with what you say and all . But do, proof read your stuff just a bit. This is just for you Simon!!! A little bit of venting over the language ignorants .

We are so close to living a parody of Mussolini's Italy ( I hear that the trains ran on time). But he took instruction from Hitler!! I cannot believe that the Canadian popoulace is bending over and lubing it up for harper even though I hear that from him it's rather unnecessary!!!