Is Stephen Harper Trying to Protect Himself From the Robocall Scandal? 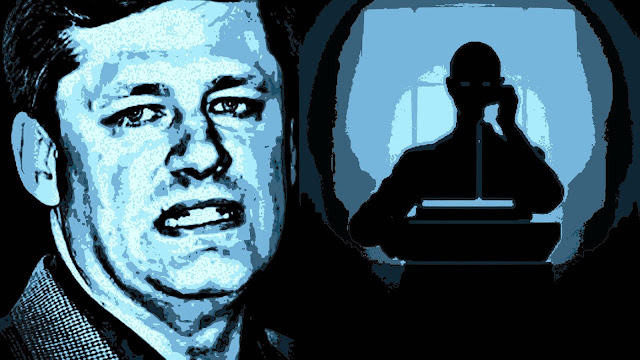 For some reason I've always assumed that the Cons were rushing their foul voter suppression bill through Parliament, so they could try to steal the next election like they tried to steal the last one.

But now Lawrence Martin has reminded me of another possible reason. They're trying to cover their asses from the fallout of the robocall scandal.

There is a rather high-stakes matter at hand, namely the Elections Canada investigation into allegations of electoral fraud in 2011. The probe, which has the Conservative hierarchy very much on edge, is scheduled to conclude at the end of March, with results likely to follow shortly thereafter.

Because although there are several possible damaging scenarios, one could be DEVASTATING.

A third possibility is that Elections Canada comes forward with strong evidence that the party hierarchy was behind a concerted and widespread effort to subvert the voting system. This would be far bigger than the Senate expenses scandal – all hell would break loose. The Harper team’s fate would be sealed.

Which might explain why even though the next election is at least a year away, they are in such a hurry to ram the bill through Parliament.

Some see the bill, with its downgrading of powers and many rule changes, as a bid to give the Conservatives an escape hatch from any culpatory findings by the agency’s investigation.

James Sprague, a former Elections Canada lawyer, says the new act can be interpreted as forbidding the Elections Canada commissioner from disclosing any information that comes to the agency’s knowledge as a result of an investigation. Instead, it would be up to the director of public prosecutions to include the information in an annual report to the justice minister.

And why Harper appointed such a hardline Con as Pierre Poilievre to be his Minister of Democratic Reform. 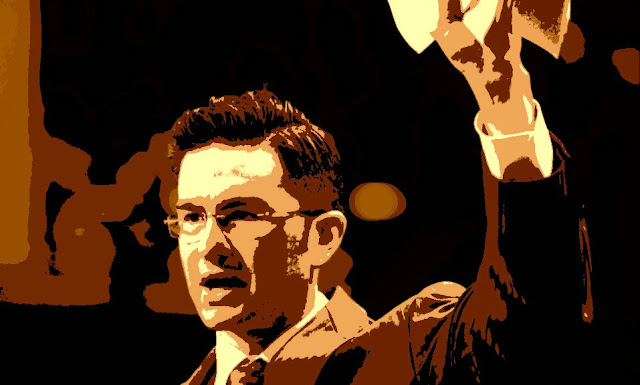 A bad joke if ever there was one.

Maybe the Prime Minister felt he had little choice but to appoint an Elections Canada slayer. Maybe he fears what the robocalls investigation might turn up.

And what all this tells me is that the Harperites could be desperately afraid.

Even before Michael Sona's robocall trial starts, and one Con operative after the other is dragged into court to testify under oath.

Because although it's sometimes hard to remember the robocall scandal. It seems so long ago, and it has been buried by so many other scandals.

It has been ticking away in the background like a time bomb. And if it ever explodes.

It will DESTROY them... 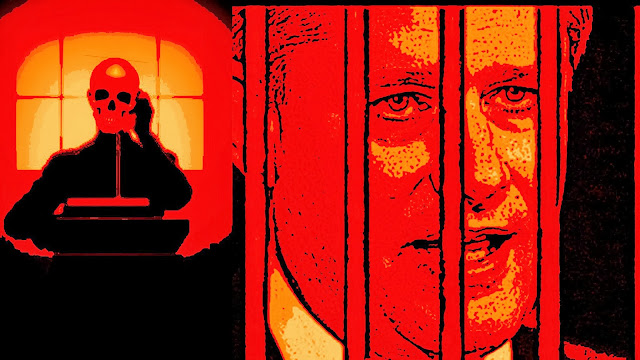 Look for brown envelopes. Lots of people at Elections Canada are angry and feel betrayed. Lots of conservatives want Harper gone and have been leaking. And don't count out leadership hopefuls ( the no-hopers will be the worst)

There is no doubt in my mind that Sona will be found innocent, on his robo-call election fraud. Even Preston Manning called Harper a dictator. People are not too sure, if Manning also admitted to being a dictator too? Harper will use every dirty tactic in the book, to stay in office.

We need to get rid of Harper yesterday. If we don't, we are going to lose our country because, of an evil madman.

What's the likelihood Pierre Poilievre and Pierre Poutine are one and the same? a) impossible c) not likely
d) likely e) very likely f) extremely likely?

hi rumleyfips....you're absolutely right, Harper has been making a lot of enemies at Elections Canada, and I'm pretty sure that if they can find a legal way to screw him they will. And of course I'm thinking of firing off a letter to the Chief Electoral Officer to inform him if they need any help, I'm available.... ;)

hi anon....I don't know what will happen at Sona's trial, but the way I see it we can't lose. If he gets convicted you can be sure he will take others down with him. And if he isn't it will only make it look like some larger conspiracy, and tarnish the Con regime further....

hi David....Although Poilievre was once involved with a robocall company I doubt he's our guy. Whoever Poutine is he's technically savvy, and Polly is too dumb for that. I'm going with Lawrence Martin's theory, the Cons are shitting bricks and they need a hit man...

David, I think there are a lot of people asking that question. There were only two MPs in the conservative caucus with the initials P.P. at the time and one of them crashed and burned (Penashue). Funny how psychopaths always like to attach a trade mark signature to their deeds. Poilievre's appointment as Minister of State for Democratic Reform should have raised more eyebrows than Clement's appointment as President of the
Treasury Board after misappropriating 60 million for his private election slush fund.

excellent summation!
I just hope the robocall fraud does blow this party to smithereens, as this election bill is a multipronged attack on canada's democracy.