Stephen Harper and the Stealthy War on Medicare 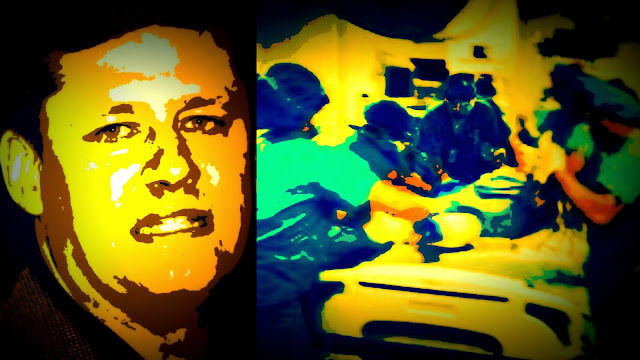 On Monday the Health Accord between the provinces and the federal government will expire.

There will be no longer be a signed agreement to enforce the five principles of the Canada Health Act.

The Health Council of Canada, the independent agency charged with monitoring our healthcare system, will cease to exist.

And although roughly the same amount  of money will continue to be transferred to provinces until 2017, it will mark the beginning of a new stage in Stephen Harper's stealthy war on medicare.

The Canada Health Transfer – the money the federal government transfers to the provinces, $32-billion this year – will continue to increase at a rate of 6 per cent per annum until 2017, then the increase will be tied to GDP growth plus 3 per cent. The money comes with no strings attached, meaning the provinces need to deliver nothing specific in return.

In short, Ottawa will gradually reduce its financial contributions to healthcare while washing its hands of any policy-making.

For not only is he planning to reduce those transfers:

What we do know is that the federal contribution to health spending, which started at 50 per cent, fell to about 35 per cent in the EPF era, then to roughly 25 per cent in the health accords. Now, Ottawa contributes a little less than 20 per cent of publicly-funded healthcare and, according to the Parliamentary Budget Office, that will fall below 12 per cent in the next 25 years.

Even though the creators of medicare warned it could only survive if the federal government paid half the cost.

And even though the system is gearing up to deal with a flood of aging boomers.

He's also abdicating the federal government's responsibility to ensure that the quality of healthcare Canadian receive doesn't depend on where they live. 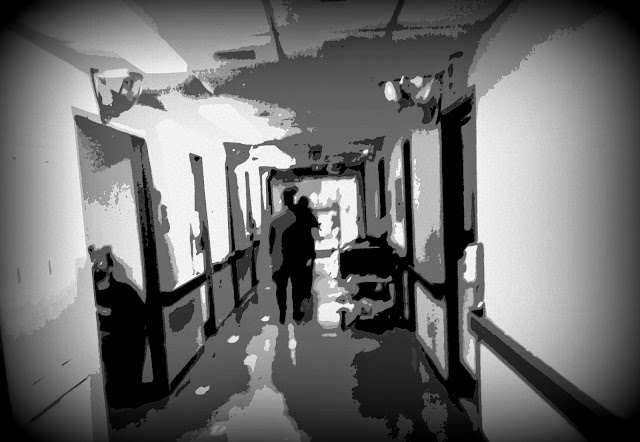 And the question Canadians must decide upon before it's too late is this one:

Are we happy to have 14 autonomous health systems – the provinces, territories and the federal system (for indigenous peoples, the Canadian Forces and RCMP) – or do we want some semblance of a national system?

For if we don't want 14 separate systems now is the time to speak out.

A fundamental choice awaits us: Do we want a national medicare system or not? It’s not a decision that should be made in the backrooms or, worse yet, by default.

Because Stephen Harper doesn't want one national medicare system. He's made that abundantly clear over the years.

Knowing full well that if medicare is reduced to a patchwork of unequal systems, the poorer provinces will be forced to reduce services or privatize them.

Something he also supports.

“We also support the exploration of alternative ways to deliver health care. Moving toward alternatives, including those provided by the private sector, is a natural development of our health care system.” (Stephen Harper, Toronto Star, October 2002)

And after eight years of trying to cripple it by benign neglect, if he is now left to his own devices he will destroy medicare as we know it. 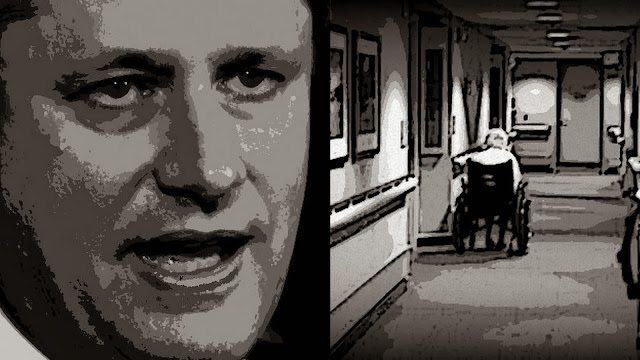 Which is why I want to remind everybody that Monday is a Day of Action.

And to invite all of you to join in and help spread the word.

For as I always like to say, as someone who loves our medicare system and believes it helps define us as Canadians.

Or we will stand up for the Canada we believe in, and its values.

And tell the monster to take a hike.

Or we will end up one day in a place of pain. 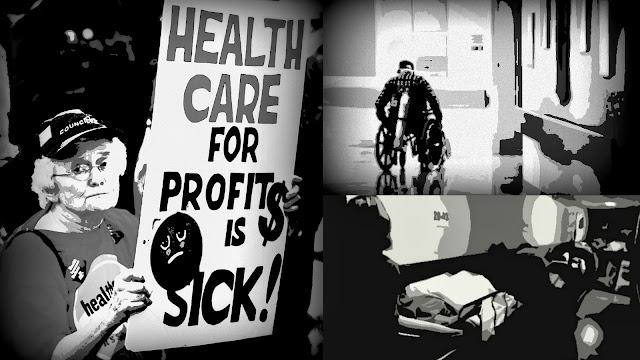 Harper is not destroying our health care by stealth. It is just, Canadians don't pay attention. Harper has to bring our health care, in line with Obamacare. We have American Police operating in Canada, exempt from our laws. Flaherty was going to bring our cost of living, down to the U.S. cost of living. Harper has been sneaking behind our backs and working on the TPP with the bottomless pits of greed, corporations. This gives corporations, a hell of a lot more power. The 3 Amigo's have been meeting for years to, plot the NAU.

Did everyone miss this too?
Kerry signals advance of the NAU Plan.
01/28/2014
www.wind.com

Have people not read of? Harper gives a speech in New York at the, Council of Foreign Relations. This was Sept 25/2007? Harper fully endorsed the NAU.

The end of Canada's sovereignty as a Nation and security perimeter.
07/19/2012
www.globalresearch.ca

Harper was chosen as the front man for the NAU. They knew Harper as a sociopath and evil enough, to betray his own people. Ex BC Liberal Premier Gordon Campbell was the other sociopath chosen, to work with Harper. Campbell was rewarded the post as, High Commissioner to the U.K. Campbell did a lot of dirty work for Harper and still does. Christy Clark also works for Harper. All 3 of the motley crew are all accused of, cheating to win their elections. As hard as the BC people tried to warn Canadians, Harper is a snake in the grass? No-one listened.Canadians also slept through Harper's fascism and dictatorship evil plots, since 2002 and before. Harper counts on Canadians sleeping through everything and accepting their fate.

So did Hitler and Goebbels count on the German citizens, accepting their lies and deceit too. The people that did see through Hitler's evil, left the country.

The Cons are not stupid, we are. If you watched todays Question Period it should make you sick, but for 28% of the population it was filled with truth. They are masters at group pscyology and bet they have spent tens of millions perfecting the message. It is all conditioning. No democratic goverment would practice these dark arts.

hi anon...oh sure it takes two to make something stealthy these days. Those who would skulk around like thieves in the night, and those who are too blind to see them. But it does astound me that so many Canadians would declare medicare to be their top priority, and not understand what the Cons are doing to it. But that's why the Canadian Health Coalition and other good Canadian groups are trying to educate them. And that's why it's so important to support them....

Hi Steve...the Cons are not stupid, they focus group everything to death, they know what lines move and or confuse people, the whole operation is nothing but a propaganda machine, trying to brainwash us with our own money.
But it's an intelligence devoid of morality, and like it does to even the smartest criminals, it will eventually lead to their downfall...