Con Confidential and the Downfall of Dimitri Soudas 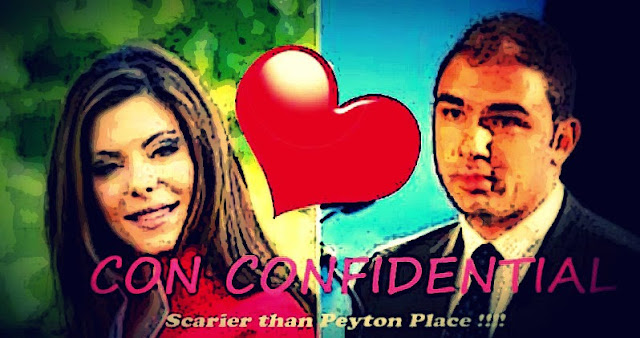 OMG. When I heard the news at first I was stunned. And then I was shocked.

And then I was FURIOUS.

This wasn't how my new Harlequin HarleCon romance "Con Confidential" was supposed to end.

It was supposed to be a torrid Con love story not a tacky Con SCANDAL !#@!!!!

And then all I could think of was Dimitri, Dimitri, we hardly knew you.

Dimitri Soudas has been forced out as the Conservative Party of Canada's executive director after trying to interfere with his fiancée's Conservative nomination battle.

Soudas, who was Prime Minister Stephen Harper's director of communications in 2011, has been the party's executive director since December.

I mean gone after only THREE months?

Could anything be more humiliating?

And of course at first I blamed Eve... 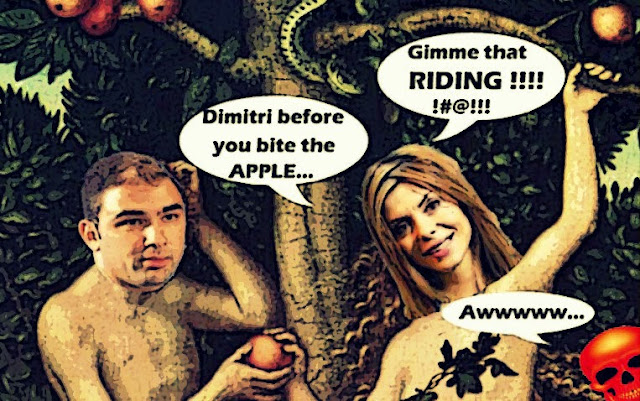 Soudas's fiancée, Eve Adams, is fighting local chiropractor Natalia Lishchyna for the Conservative nomination in Oakville-North Burlington, a newly created riding that technically won't exist until the next election.

The Canadian Press has reported that tempers flared when Adams showed up at a riding board meeting March 19, and was asked to leave after an unpleasant exchange. Two separate Conservative sources said one board member threatened to call the police when she stayed on.

However after I read this Biblical boondoggle again, I had to admit that at least Eve had a good excuse to explain her outrageous behaviour.

Adams has been recovering from a concussion from a fall last month in Ottawa.

But who could forget how Dimitri treated poor Wally?

In an email to Conservative headquarters, longtime party organizer Wally Butts expressed frustration with the situation in Oakville-North Burlington.

Or the torrid Tory reaction, or the disgusting way those tongues were wagging.

Butts's departure sent tongues wagging in surrounding ridings. One Hamilton-area riding association president penned an open letter saying Soudas had "let the bedroom get in the way of the boardroom.

Or how I had to hide THAT chapter from my Mum eh? Gawd.

And then I slowly came to the conclusion that they were BOTH to blame.

Because Eve has had her troubles. 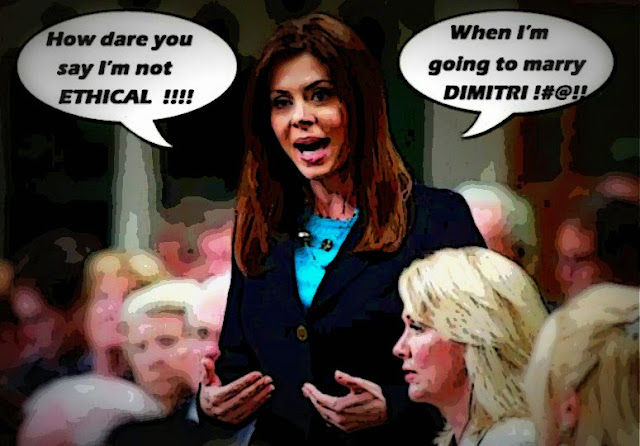 It's not the first time Dimitri has been accused of trying to influence a nomination process.

And who could forget it was him who first started the practice of limiting questions from reporters to those on his list? 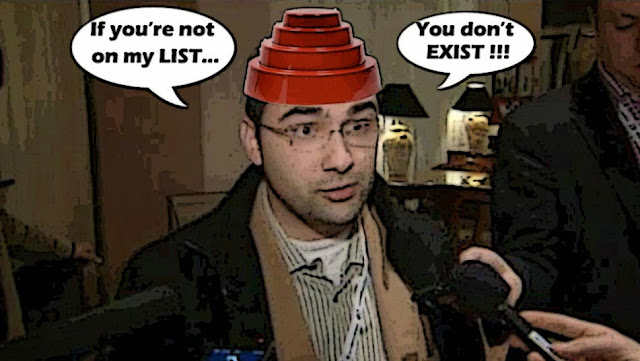 Which was the beginning of the muzzling of the media, and the Age of Con Propaganda and Disinformation. Or the age when they thought they could get away with ANYTHING.

And then I had to agree it couldn't have happened to a nicer guy.

And that it couldn't be a bigger slap in the face for Stephen Harper.

Because let's be clear eh? Dimitri is HIS guy. He brought him back to try to save the party.

The combative Soudas was Harper's choice to run the party in the lead-up to the 2015 federal election. Soudas was appointed over the protests of cabinet ministers and national council members who pushed for other candidates.

Now the party is revolting. The whole thing is just ANOTHER Con scandal.

Dimitri is just ANOTHER of Harper's REALLY bad appointments.

And just one more sign that the Con regime is crumbling or IMPLODING..

Hey, who said my HarleCon romance was cheap and tawdry? It's a wonderful morality play !!!!

First they corrupt themselves, and everything they touch.

Then their Great Leader loses his judgement, and his mind, and threatens to drag them all down with him.

Then they get desperate, and start fighting themselves.

And then we DESTROY them... 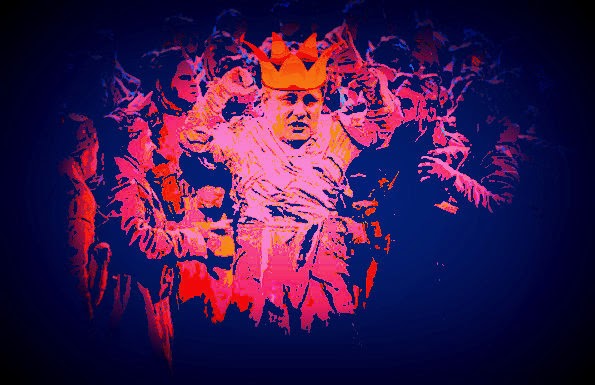 but will Eve still run in Mississauga? Will she win? Please NO! dimitri will be back, I have stopped counting how many times he has been fired.

True Story for Dear Leader, karma is a bitch. Yesterday a cop was shot in Brampton Ont courthouse. He is bleeding out, a bystander Linda Hunt (not the little actress) applies direct pressure until paramedics come. Saves his life. Why was she in the courthouse? She was facing a possession of pot charge. Harper has ordered the cop executed because this story does not fit the narrative.

Seems, Harper and his Cons are now up to, a scandal a day. What else do they have to do before we can rid ourselves, from this vile Harper government?

The Fair Election Plan? Even other countries say, this is not fair to Canadian citizens. It stumps me how Harper's team are still supporting him? All of them should be damned ashamed of themselves.

You would think, Harper would be out of degenerates by now? The list of degenerates has to be longer than Harper's arm. Who will Harper dig up to replace Soudas? Rumor has it, Harper's team were against Soudas however, Harper insisted?

Will Boss Harp' bring back Flanny- are they still buds? Or is he under the bus? I lose track.

They won't run out of con men and women, ever, as long as there is a N.A. TEA Party.

They all need to take a flying leap into Lake Perfidy.

of course no con is going to complain about the unfair elections act. they want to be re-elected to those nice high paying jobs, with all the perks and the big fat pensions. not one of them will get up and say anything.

of course the big d wanted his girlfriend to win the nomination. With their two salaries and all those benefits, life would have been ever so good. You know the good life they are entitled to, not the ones we live but the ones where you fly around on the taxpayers dime and do what you want and just keep going. I'm even surprised that oil can fired the little dam dick. Now if oil can would just fire himself and the rest of the country would fire the rest of the cons.