Stephen Harper and the Dirty Secrets of the PMO 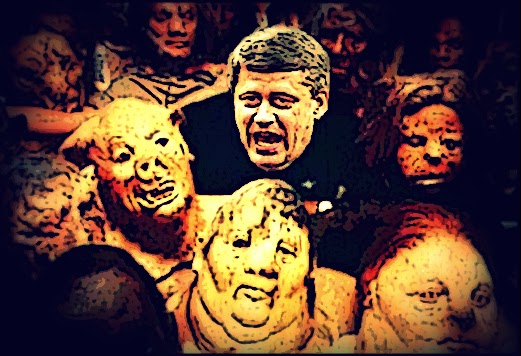 Well they're not pretty, but they are fanatics, they'll do anything for their deranged leader.

Dark and dirty things that have turned our country into a horror show.

But don't bother asking how much Stephen Harper pays his grubby PMO gang, his little monsters.

Because that's a state secret.

The prime minister's office is refusing to reveal how many staffers make more than $150,000. In reply to a written query filed by Liberal MP Scott Andrews earlier this year, the government claims that providing details on how many PMO staffers make between $150,000 and $300,000 per year, broken down by $50,000 increments, would constitute the release of "personal information."

And if you ask that question, up pops the Con clown Paul Calandra to tell us it's none of our business. 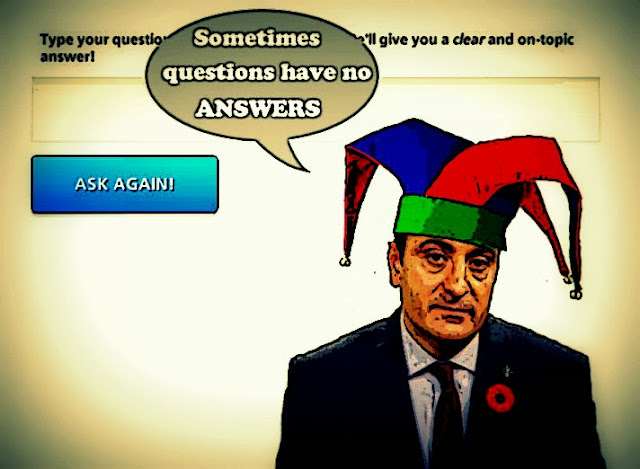 When in fact the Access to Information Act doesn't apply to Orders Papers or the business of Parliament, and what the Cons are trying to do is shutdown ALL information.

The question on PMO salaries is among a number that departments are routinely refusing to answer in Parliament through Order Paper questions. Order Paper questions are tabled in the House by opposition MPs and give cabinet ministers 45 days to respond. They're one of the few methods provided for opposition MPs to draw information from the government.

Departments routinely sidestep specific questions entirely on the grounds that the requested information "is not readily available," or "would require manual search and analysis," and is therefore "not feasible to produce."

In a country where scientists are muzzled, books are burned, the Big Lie RULES.

And the Con regime is rushing its foul so-called Fair Elections Act through Parliament to try to hide the fact that it makes no sense. 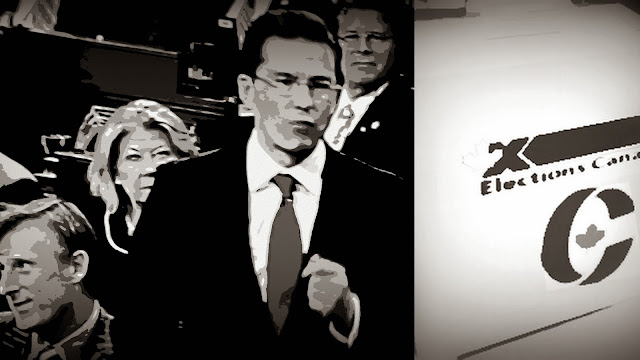 The Harper government’s continued focus on the threat of voter fraud in federal elections is approaching absurdity. Everyone with any expertise who has examined the question in detail has arrived at the same conclusion: There is no threat.

And yet the government insists that controversial provisions in its proposed Fair Elections Act are needed to eliminate this non-existent terror – even at the risk of disenfranchising thousands of legitimate voters. It makes no sense.

It's just a sinister conspiracy to try to steal an election, and try to protect themselves from the scandal of having tried to steal the last one.

And all of the above is being orchestrated by the PMO gang that won't even tell us how much they are being paid with OUR money to defile OUR democracy.

And really what more can I say that I haven't said a million times before in this monstrous Harperland where even the most basic questions go unanswered?

Except that we need to shine the bright light of truth into every corner of that filthy Con regime, and expose their ratty activities. By whatever legal means necessary.

Before they gnaw our democracy down to the bone.

And leave us all blind in his darkness... 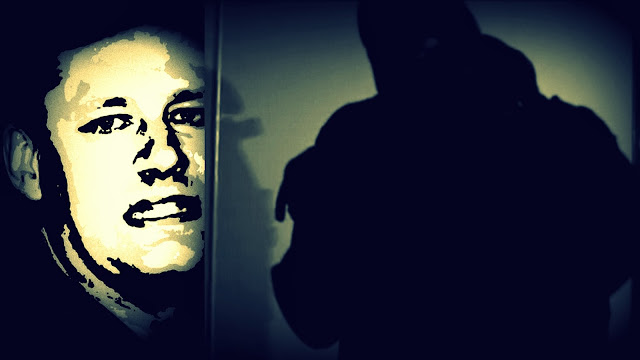 Simon .. .. when the rats are infesting the granary...
its time for mean, hungry barnyard cats released from burlap bags into the granary
equally mean dogs roaming outside the barn..
and clear eyed men and women with stomping boots and pitchforks ..
followed by high pressure hosing ..

oh boy, the opposition is asking for numbers not names. Its not privacy, its piracy.

How can anyone with, self respect, decency, honor, ethics and morals support the evil Herr Harper? Calandra reminds me of Harper's Goebbels. Harper is a fascist dictator, from way back. Even Manning called Harper a dictator. Why are decent Canadians forced to put up with Harper and his evil cabal?

I have given up on the opposition too. They have done nothing regarding, Harper sneaking over foreigners to take Canadians resource jobs. The thousands of Chinese that will be brought over, to take BC mining jobs. Harper will have the votes of the Chinese along with, the Jewish votes and the votes of, the people from the Ukraine as well.

Harper has all his ducks in a row, to cheat the next election as well. The Fair Election Act? Convince me.

if they are only asking for numbers, its not a violation of anyone's privacy. the slimers are simply trying to hide how much they pay the attack rats. Its our tax dollars which pay their salaries so we are entitled to know. We know the pay of federal government workers, right up to deputy ministers so these people ought not to be expempt. time to man up, o.k. oil can and his ilk don't have much in the way of guts so lets forget about them and this will be another thing we can hold against them come election time.

hi salamander....I don't know about a high-pressure hose, although I must say I find the idea appealing. ;)
But there will come a day when the PMO machinations are finally exposed, and I'm hoping it will be enough to keep the Cons out of government for at least a generation...

hi Deb...yes they want everybody to be transparent except themselves. Those pirates have lost their compass and they're heading for the rocks... ;)

hi anon....I have no idea how any decent Canadians can support the Harper regime. But don't despair, the Cons are already very unpopular, there are more scandals to come, so they're going to have to steal a lot of votes to win the next election, and the more they steal the greater the chance they'll be caught and end up in prison....

hi...e.a.f....of course it's not a violation of privacy just a blatant attempt to avoid embarrassment. But yes we can and will use it against them. Lordy. We have so much ammunition to attack them with we're going to have to flip a coin to decide what to use and when... ;)

hi Hugh....yes, in a respectable democracy that would be the normal practice. But those Con hogs are right out of Animal Farm, so we can't expect them to do the right and honourable thing. They might be walking on their back legs but they can't fool us... ;)

See Calandra stood up today, with a tearful apoligy! To late to little, maybe Harper will have to find another puppet to pull the strings. See my facebook page : Anyonebut-Harper. I just activated a few days ago