Senategate 2: The Duffy Scandal is Back in the News 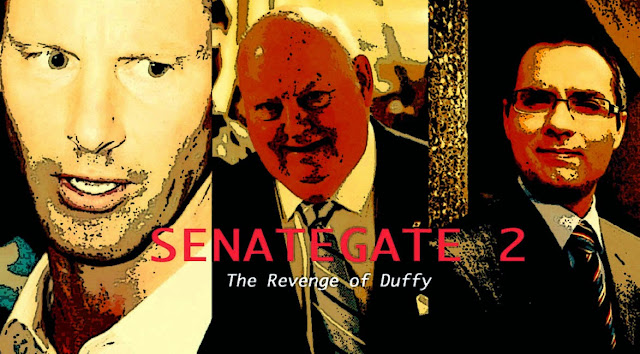 It seems like such a long time since Senategate was Canada's hottest and most scandalous show.

And I've missed the cast of shady characters so badly.

The faithful fanatic Nigel Wright, the old scoundrel Mike Duffy, the shadowy lawyer Benjamin Perrin, and all the other members of the Senategate gang.

Along with all kinds of new and used talent from Stephen Harper's PMO.

Some of Prime Minister Stephen Harper's closest former advisers will appear as Crown witnesses in the trial of suspended senator Mike Duffy, CBC News has learned. And the list of those subpoenaed to testify against Duffy will include several Conservative MPs, according to multiple sources familiar with the Crown's witness list.

So we'll finally get to hear from the boys in the short pants, and Ol' Nige.

Court documents show Wright was consumed with managing the potential political damage of the Duffy expense scandal for weeks in early 2013, and, after trying to convince Duffy to reimburse the Senate for improperly claimed expenses, finally decided to give Duffy $90,000 to repay them.

So he can explain what Stephen Harper meant when he said the plan was "good to go." 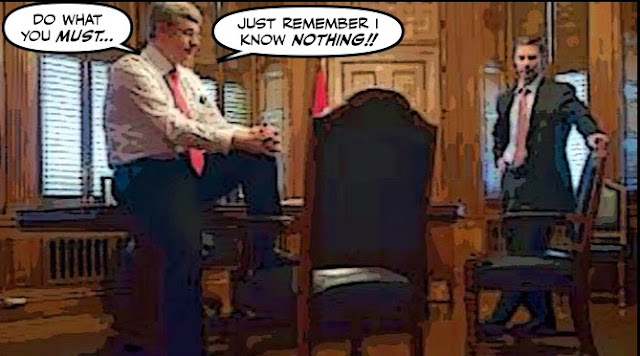 According to documents filed in court by the RCMP, Wright at one point suggests he wants to speak to Harper before "everything is considered final," and then later emails, "We are good to go from the PM."

But still claims he knew NOTHING.

And of course it will be great to hear from Benjamin Perrin, or at least get a chance to read all those e-mails between him and Duffy.

Emails obtained by the RCMP say Perrin acted as the go-between for the PMO and Duffy’s lawyer to try to end the crisis. Perrin’s emails have not been released publicly, but there are questions about one of Wright’s emails to him and others during negotiations around Duffy's repayment of the expenses, which at the time were believed to be about $32,000.

The ones that were "lost" until the Cons "found" them.

So we can finally understand how this cash for silence plan went down.

And goodness knows what the boy wonder Ray Novak, Harper's Chief of Staff,  might tell us?

Because as you know the two men are very close... 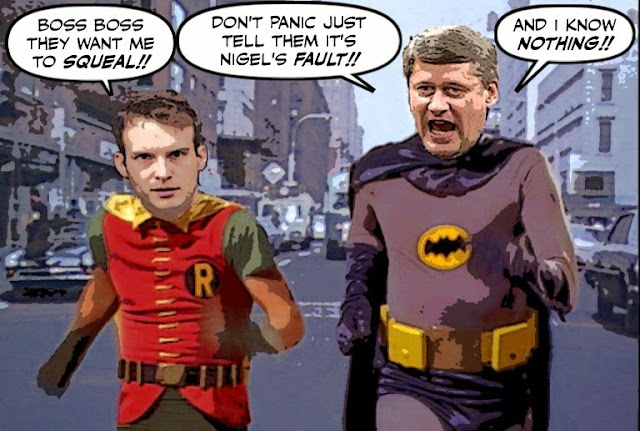 And while Harper's Robin may not live in his depraved master's Batty Cave, he did once live in his garage.

And they say nobody knows more about the real Harper and his secrets, than he does.

And then of course there's Ol' Duff himself.

Who although he is facing an impressive cast of witnesses for the prosecution, will no doubt have something to say in his defence.

Especially since he's said to be determined to clear his name... 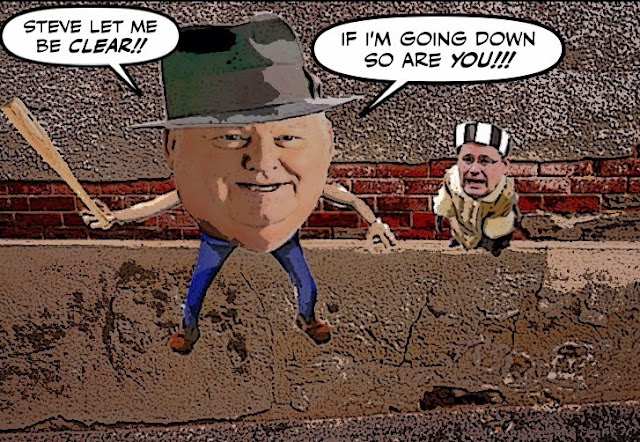 And/or take Stephen Harper down with him.

And since he knows a lot of secrets, and dirty stories. 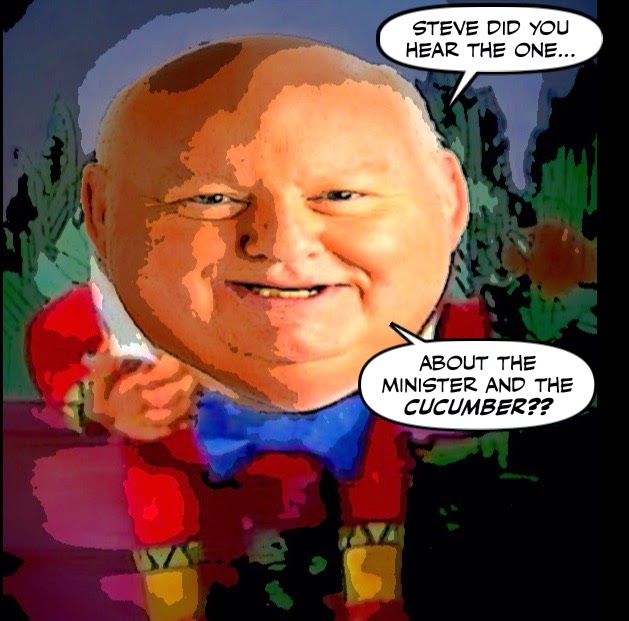 But I think it's safe to say it's NOT what Stephen Harper wants to hear.

Not when he's in full election mode, and would rather have Canadians focus on his Great War on Terror, than on his sordid record or his terrible judgment.

Which makes me wonder whether all those rumours in Ottawa last week, claiming that Harper could call an election as early as this week, had anything to do with the long list of Cons the crown has subpoenaed.

But it doesn't really matter what he does now. If he does call an early election it will look as if he's trying to dodge the trial. And if he decides to soldier on through it, it will almost certainly destroy his chances of winning the next election.

So he will not escape his sordid record.

And he will not escape Ol' Duff... 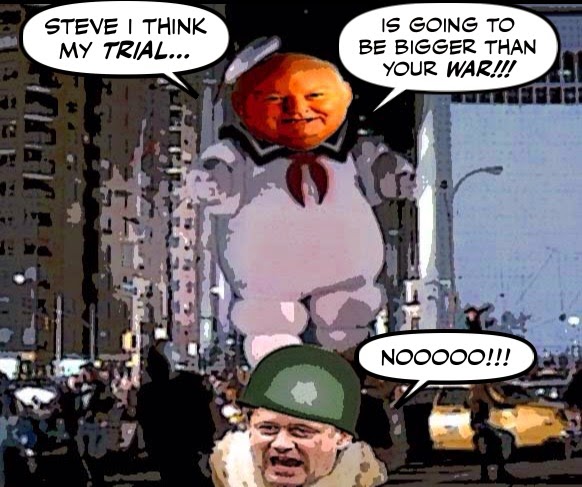 Okay you gave me my humor for the day. And I also wonder what the outcome of Duff's trial is going to be I'm betting it is settled out of court. That would be for the reason of having Harper not to be grilled eh?

Sordid is a good word.

It'll be interesting to see who gets their "story" straight and who cracks on the stand. These bloated egos will hopefully expose their inner Dean Del Mastro by showing their contempt for the court process which will make them all the more guilty of trying to protect their Dear Leader. This whole sordid affair doesn't just stink, it reeks, and Harper is the rankest of them all.

I Hope these bastards get the full force of the Canadian Justice System!

Totally Awesome graphics Montreal Simon! This is the best material in Canada!

Mr. Speaker, that is more obfuscation.
Chris Woodcock appears at the centre of a cash for repayment cover-up that involved Duffy, Wright, Gerstein, Perrin, Hamilton, Byrne, Rogers, Novak, van Hemmen, LeBreton, Tkachuk and Stewart Olsen, the Prime Minister's entire entourage, for more than three months, yet the Prime Minister noticed nothing, was told nothing, asked nothing, did nothing to head off a criminal conspiracy right under his nose? It is still going on.
Why is Chris Woodcock still being paid by taxpayers?

The Truth will set you free! Maybe, maybe not!

There is more to this Big Mess then WE will ever know! Integrity is not a word found in their dictionaries!

It maybe that Duffy simply tells the court, he was told he was good to go on charging his travel expenses to the Senate. It was an accepted way of doing business.

when you look at the whole thing, Duffy was out fund raising for the Cons. He charges his expenses to the Senate. Now Duffy isn't so stupid as to think that is how business is legally done. He must have charged his expenses to the Senate for a reason. Once that reason is known by the Canadian public, we can all be happy that harper and his cons passed 81 crime bills.