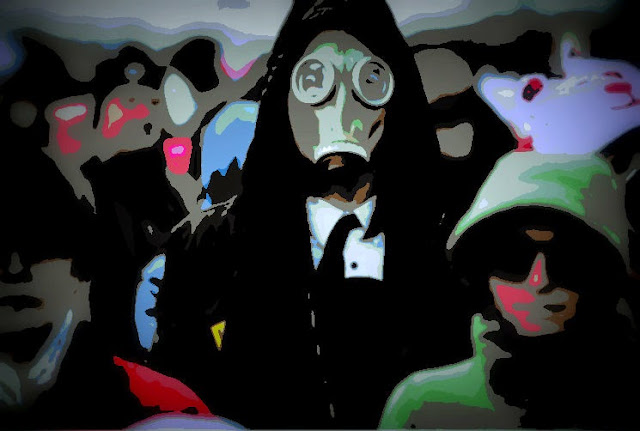 I never understood how the U.S. State Department could conclude that building the Keystone XL pipeline would not substantially increase carbon emissions.

And sure enough it turns out somebody didn't know how to count.

Because now it seems the pipeline's impact could be FOUR times higher than estimated.

An economic analysis of the proposed Keystone XL pipeline's possible climate impacts has concluded they could be up to four times higher than previously estimated.

"It didn't appear that they looked at the market implications," said co-author Peter Erickson. "If the Keystone pipeline were to enable a greater rate of extraction of the oilsands, would that not increase global fuel supplies, which might then decrease prices and therefore allow a little bit more global consumption? "That's the analysis that we did here and we found that it could be the greatest emissions impact of the pipeline."

I have no idea how the State Department analysts made such an elementary error, because it seems so obvious to me. The more oil you pump out, the lower the price, the more people use it, and the more Big Oil produces. It's a vicious circle.

Even as the planet burns.

But what I do know is it puts another spike in Stephen Harper's pipeline dreams. For it will surely make it even easier for Obama to spike the pipeline.

And after all of Harper's frantic efforts.... 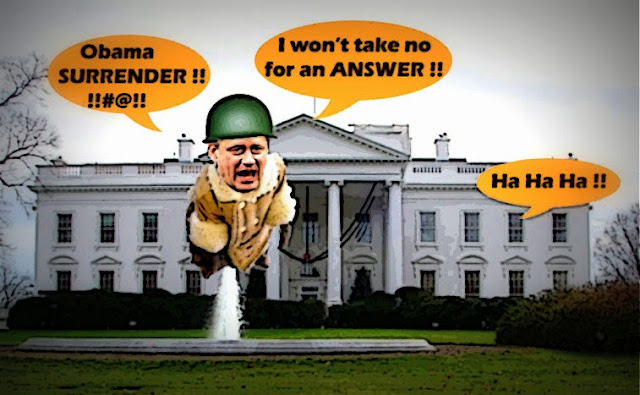 And of course it could't have come at a worst time.

With his job creation numbers tanking.

And his poll numbers going south.

You know, the Cons can't seem to stop trying to portray Justin Trudeau as in over his head.

But with his job creation machine stalled, his pipeline dreams going up in smoke, and his popularity falling like a stone, maybe it's time to say the same thing about Harper.

Because the gap between the way he sees himself... 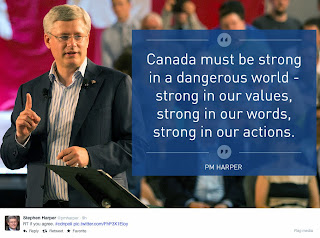 And the sad reality... 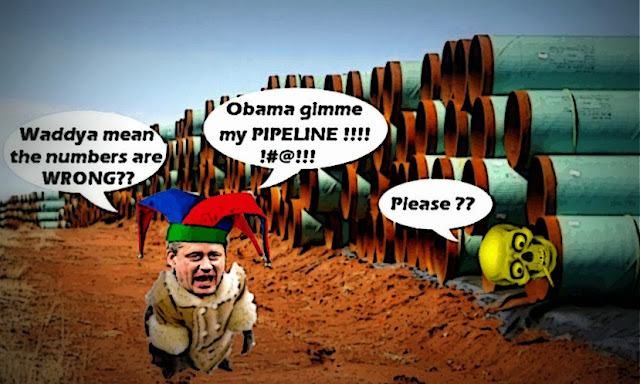 Has never been greater.

Not a strong leader. Not a real economist. Not a pipeline prophet.

Just a tiny little man, way in over his head.

Yes, yes, yes.... but come the October 2015 election will Trudeau or Mulcair outshine Harper? Let's not underestimate the Con attack ad machine slapchopping Justin and Thomas to bits in the RoC while both of them are fighting it out to the bitter end in Quebec.

A dis-united centre-left cannot defeat a united right because the centre-left is tearing itself apart. I'm worried!

hi anon...Who knows what will happen in the future. But I don't think the election campaign will make much difference. I think at this point time is Harper's biggest enemy. He has been in power too long and polls show Canadians are hungry for change. They also show that because Harper himself is so unpopular his attack ads are bouncing off his opponents and doing him more harm than good. The disunity of the left is a problem, but I have a feeling that when the day of decision comes people will do what they did in the last Ontario election and vote en masse for the progressive candidate most likely to win...

I agree with you Simon that the campaign won't make a great deal of difference in regards to attacking Trudeau, but I can only hope that the left will in fact get their shit together by the time it comes around and work toward the same end...
Great news re Keystone, but I am the eternal pessimist when it comes to the Harper agenda, and i worry that if Keystone is refused, that will put even more pressure on a 'successful' outcome for the Cons if Enbridge were to succeed..of course, according to the those affected in BC, it has already been refused, but when have laws ever stopped Harper?

If Trudeau appears invulnerable to attack ads look for the attack ads to get even more vicious... both from the NDP and Cons. Mulcair isn't going to go down in Quebec without a bitter fight and that will bruise Justin not only in Quebec but in the RoC.

Look at this video where a younger Justin says "Quebecers are better" and the Cons will use Justin's many Quebec supremacist views in the next election if it looks like Justin is winning.

Then there is his comment about working for an independent Quebec rather than living in a Harper Canada! Warren Kinsella said that comment was "poison" and will be heavily exploited by the opposition.

I wonder what the Mulcair NDP will do and say about Justin's popularity in Quebec and the RoC. Harper may be dead meat politically, but Mulcair must do something drastic to survive politically.

He needs to be arrested for inciting genocide.

Well if Trudeau, the younger, actually said "working for an independent Quebec rather than living in a Harper Canada", I'd agree. Living in B.C. is no picnic and Trudeau is correct. In the end Quebec maybe the province which retains its "Canadian values" longer than any other province.

Given the latest environmental disaster in B.C., with the dam breaking and billions of gallons of poisoned water flushing away all sorts of land and trees, can we really count on this "self regulation" of resources? harper and his herd and Christy and her clowns are destroying the environment in Canada and is best to stop this resource extraction while we are still alive to do so.