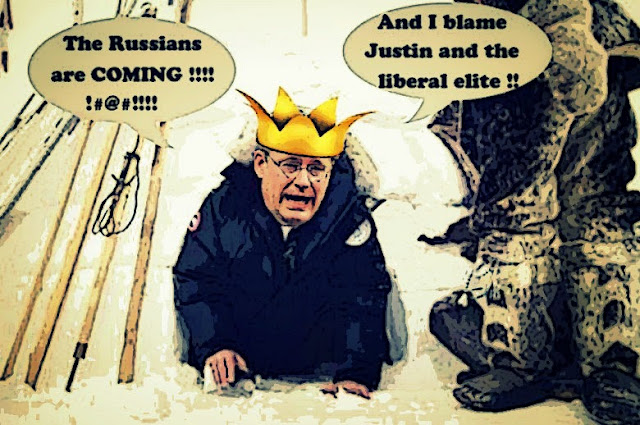 Well it's hard to know what exactly Stephen Harper is doing up north.

Whether he's there to make more promises he never keeps. Or hide from the media.

Or warn us the Russians are coming.

Or just share a quiet crazy moment with his wife Laureen... 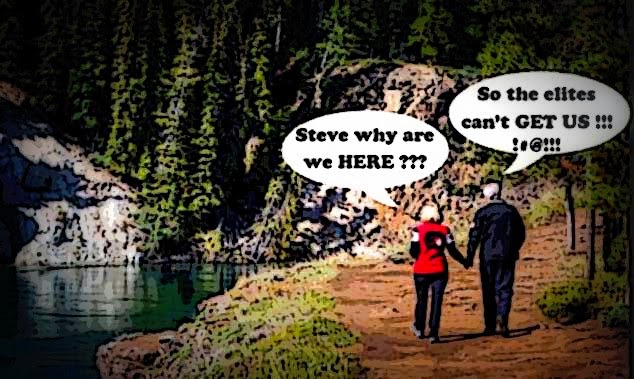 He's using the trip, and our hard earned tax dollars, to attack the opposition parties.

It sounded very much like the 2015 election was already underway outside Whitehorse on Thursday evening, as Prime Minister Stephen Harper took aim at opposition parties and boasted of the Conservatives’ accomplishments in a speech to party faithful.

Harper singled out Justin Trudeau for particular derision, mentioning the Liberal leader a half dozen times over the course of a 30-minute speech. Trudeau’s comments on wanting to understand the root cause of terrorist actions, his admiration of the Chinese government, and his thoughts on expanding the economy to balance the federal budget all made it into Harper’s speech.

He is sounding more crazy desperate every day.

And he's been reduced to trying to convince us that "new and exciting" is bad possibly dangerous.

And by implication that his old is GOOD.

Which as I've pointed out before, is almost certainly not going to work... 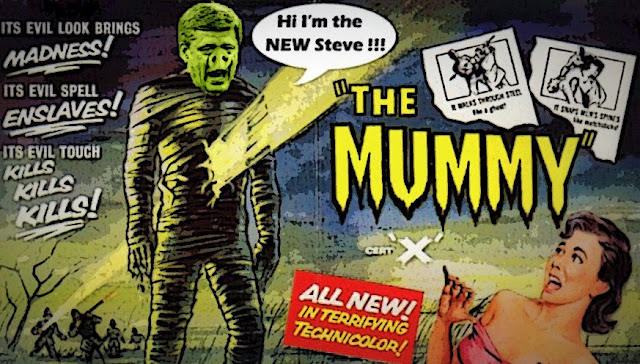 Not when so many Canadians are sick of his tired government, and are so desperate for change.

But then you know how Great Ugly Leader has always believed he can bend reality to his will.

And as Michael Den Tandt points out, it's probably his last chance to try to improve his image by elevating his tone, and posing as a Great Leader, before an early election.

It may be, as the government has said, that there will be no vote until the fall of 2015, as scheduled. But it may also be that PM decides to pull the trigger early for tactical reasons, as he has done before. A spring election is not out of the question.

Therefore, this northern round may be Mr. Harper’s last, before election season. Certainly it will be the last that occurs under more-or-less routine conditions, as opposed to the hothouse atmosphere of an imminent campaign.

And of course before Ol' Duff catches up to him... 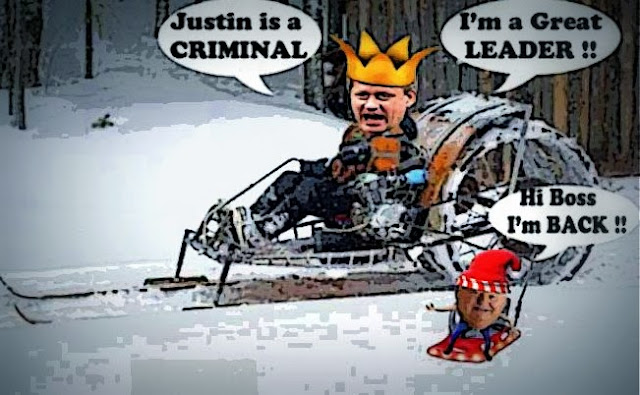 When his trial begins on the same day Parliament returns.

And all I can say is if that is how Harper is planning to elevate his tone, by going on and on about the great elitist conspiracy that is out to get him.

He definitely is desperate.

And I wouldn't be surprised if he's talking to his glove...

About that sinister break in at Justin Trudeau's house, and this creepy suspect.

And telling the glove he knows NOTHING.

Because he is slowly going crazy, and he is capable of ANYTHING.

And the best news about Harper's Great Paranoid Tour of the North?

He's finished even if he doesn't know it. Yet.

The ice is melting under his feet. 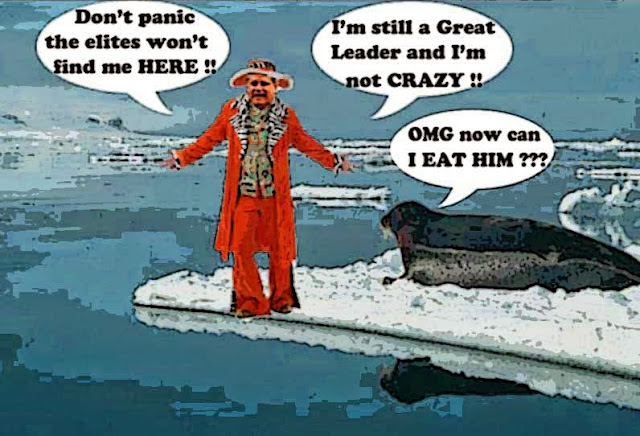 I think the biggest problem Steve has is not with Trudeau, but his corporate sponsors. He has screwed up his biggest file, the keystone and northern gateway, and they want their money back. Steve's future will be decided in the corporate boardrooms, not in the CPC HQ.

There are, at least, two possible scenarios. The corporations will force Steve out of the CPC leadership and hope someone else can win the election, or they will support the probable winners, the Trudeau liberals, and leave Steve to twist in the wind.

Harper is doing his, same old, same old tiresome, whinging and sniveling attacks on Trudeau. Harper is a repeating liar, deceitful monster, corrupt, a thief, uses dirty politics, dirty tactics and he cheats to win. Harper will cheat, to win this next election too. Harper is someone I was taught to despise. Six members of my family, served in WW2. We didn't want fascism and dictatorship in Canada.

As for China, it is Harper who is very pro-China. Harper and ex BC Liberal Premier Gordon Campbell gave much of BC to Communist China. Fadden of CSIS warned of China's huge inroads into Canada. BC was specifically mentioned as, Campbell had already given much of BC to China. BC mills, raw logs, mines and resource jobs. Campbell is Harper's favorite henchman and Harper rewarded Campbell, the post as, High Commissioner to the UK. Harper's other favorite henchman, Nigel Wright is also there. Then there is, Harper's FIPA deal with Communist China. Harper and Christy Clark gave the Chinese, the jobs building the LNG plant, near Prince Rupert. Petro-China put in a bid to*help* build the Enbridge pipeline. Nathan Cullen and Greg Rickford got into it over the Enbridge, in Parliament. Harper and his Cabinet are, mulling a massive Chinese resource project in our High Arctic. So why indeed, is Harper not concerned about having the Canadian military up there? NATO suggested their military, to defend our Arctic from Russia. Harper point blank refused.

Harper is a traitor to Canada and is doing acts of treason. Why is that monster still in office, lying his face off?