Joe Oliver and the Reckless Incompetence of the Con Regime 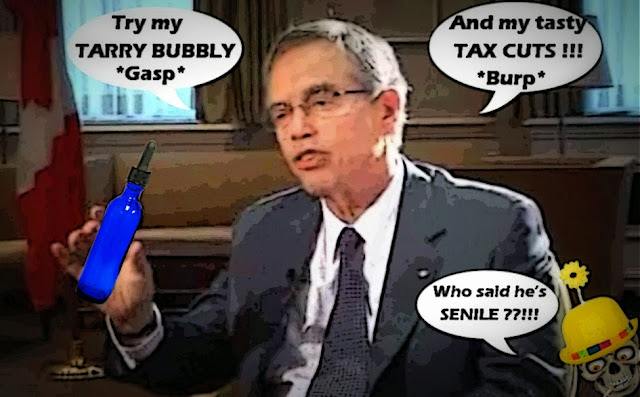 Well I'm sure Joe Oliver is feeling pretty good about the way Statistics Canada was able to fix his lousy job numbers.

And must be toasting his success with some of that water from the tailing ponds he once tried to convince us was clean enough to drink.

While making plans to win the next election by bribing some Canadians with tax cuts.

For the jobs he is creating are still mostly lousy part time jobs.

The revised figures were a clear improvement over what had been a surprisingly grim report, but there is still plenty of concern over the fact that July’s gains were entirely due to a rise in part-time employment. Full-time jobs were still down, though only by 18,000 and not 60,000 as the agency had originally reported.

And his plan to create good jobs, by killing them to eliminate the deficit, just so he can get the bribe money, makes absolutely no sense.

Say this for Joe Oliver: he’s nothing if not consistent. The federal finance minister was back at it this past week, banging the drum for the Harper government’s drive to eliminate Ottawa’s deficit at all costs while tempting voters with tax cuts just in time for next year’s election.

But from the point of view of the national good, the Tory fixation on the deficit makes little sense. And nowadays it’s not just left-leaning economists and social activists who are making that point. Some well-credentialed fiscal conservatives are also chipping away at the Tory case.

In a widely discussed paper for the business-oriented C. D. Howe Institute, McMaster University economics professor William Scarth concludes the Tories have it all wrong. He says we’re in “non-normal” times, when interest rates are very low and growth is low or non-existent in many countries. So the government should use fiscal policy to take a more active role in getting the economy moving.

But of course, as the Star editorialists point out, the plan is purely political. The Cons are once again putting their own interests before the interests of Canadians.

It’s an old game, and who knows? It might even work one more time. But it’s far from the best approach to dealing with what ails Canada’s economy.

Joe Oliver is not the REAL finance minister... 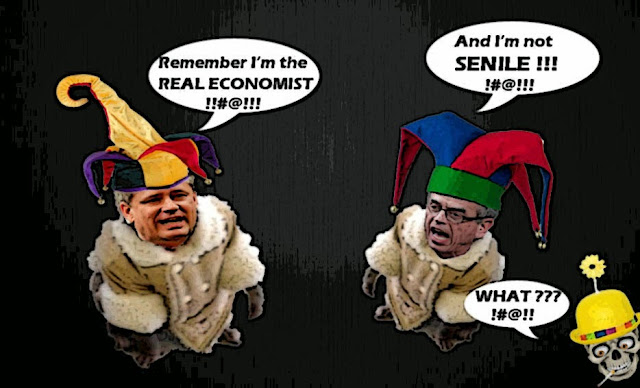 And Stephen Harper would do ANYTHING to win the next election.

If we take the time to explain to Canadians what those tax cuts are costing, good jobs now, and the death of government and medicare later.

The Cons will pay a heavy price for their reckless incompetence.

Stephen Harper will be exposed as NOT a real economist.

And Joe Oliver can go back to his old job... 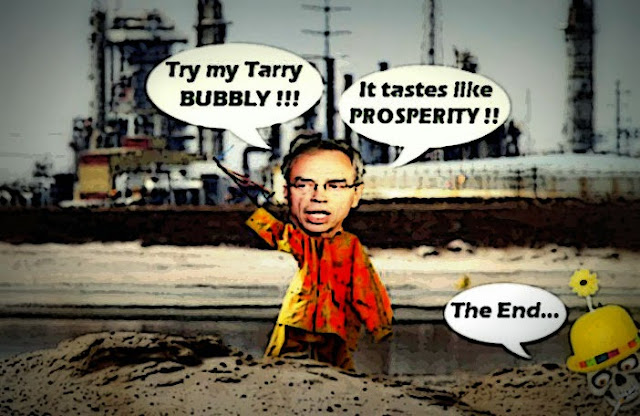 Yup. Cons and economics are a toxic mix.

And we can't get rid of them soon enough...

with no income the government can not deliver services it is supposed to. when people think they are getting a tax decrease, what they really are getting is less in services. We can start with insufficient services for military Veterans. Yes, if there is no money, because of tax cuts, how will their benefits and health care be paid for.
If there is insufficient monies to pay customs and immigration officers who will deal with that?
If there is no money for food and drug inspectors, who will ensure our food and drugs are safe and clean?
The list goes on. Before people all jump at a chance to save $100 a yr because of some federal tax cut, they ought to have a good look at what they won't be getting and how much that will cost them and society.

Apparently the CONs just cut back on the $7 a day that federal inmates get by 30% or so, which must make things that much safer for the guards.
Selfish, Stupid and Mean: the Stevie attitude.

hi e.a.f...it's called starving the beast. It's right out of the Republican handbook. You keep cutting taxes, and then cutting services, until the government is so shrunken you can drown it in a bath tub. Standing up for the benefits of taxation, in a greedy grubby country like Canada, is one of the biggest challenges progressives face. And getting that message out will be vital in the next election...

hi Edstock....you're right it is stupid and mean, and it comes from the cruel freak Stephen Harper. I only hope that one day he is convicted of some crime, and gets a taste of his own medicine...

Seeing that continues to be accepted previously, The us work are fundamentally expertise centered work. The us is hoping to build an understanding centered industry which in turn is not just developing from rapidly speed but difficult the other gamers furthermore, for more information click here emplois à montréal.