The Harper Cons: Still Killing the CBC and Still Lying About It. 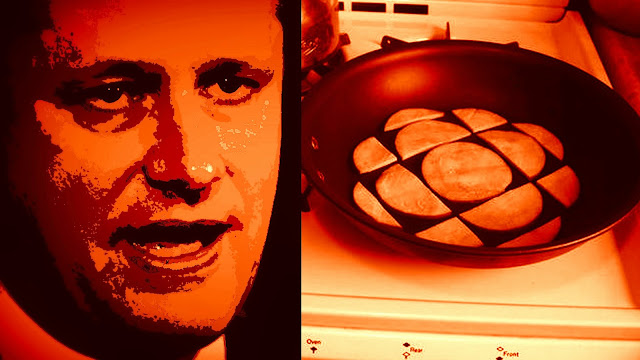 About two months ago, I told you how Stephen Harper was killing the CBC,

Chopping it into pieces, frying it in its own blood, and washing it down with a glass of Chianti.

While instructing Con MPs like Joyce Bateman to deny it.

"We are not making cuts to the CBC… They have stable funding. I guess their crisis is their viewing is going down significantly. Hence, as a consequence, advertising revenue is going down, so that may be what you're referring to but from a government perspective, we are giving them as much taxpayer money as they ever have received."

Even though the facts couldn't be clearer. 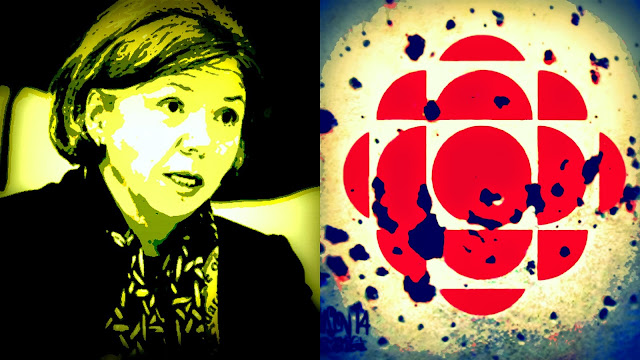 Well now Bateman is back. On the radio.

And you  can hear her whopper.

And really, what more can I say that I haven't said before?

As if it isn't bad enough that they are gutting a great national institution, and throwing thousands of mostly young employees into the street.

They are too cowardly to accept responsibility for what they are doing.

OMG. How low can those Cons go?

How low can that critter crawl? 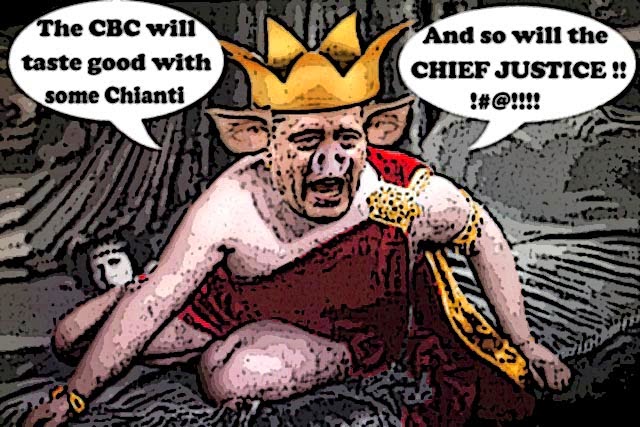 If the Cons are so desperate to cover up their bloody fingerprints, it must be because they are afraid their murderous actions will cost them votes.

So we can use what they have done to the CBC to really hurt them in the next election. 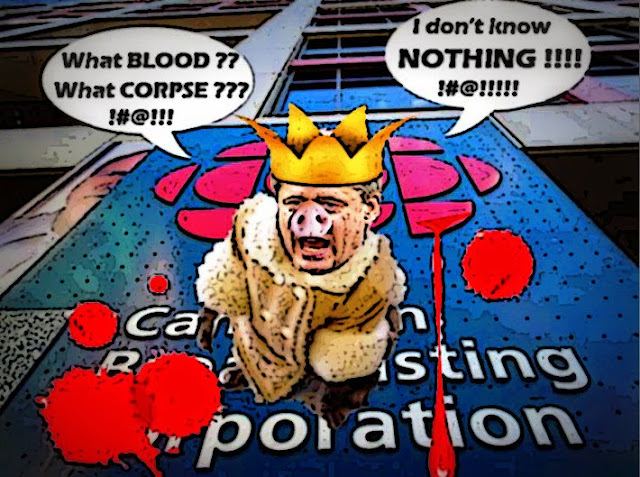 And of course, I'll keep doing my part eh?

By making it absolutely clear what I think of those lying Cons and their hoggy leader...

Yes indeed, there never was a grubbier bunch, or a more depraved Prime Minister.

And for the sake of our wonderful Canadian institutions, and our decent Canadian values.

Labels: Con Klowns, Joyce Bateman, Stephen Harper, The Big Lie, The Death of the CBC, The End of Con Canada

I love listening to CBC radio. Many times on vacation or driving long distances CBC radio was the only channel worth listening to.
CBC tv is like all the other tv channels now on tv. Irrelevant.
ALL tv channels are suffering from lost audience, lost advertising, falling revenues.
The public doesnt watch tv like we used to.
Who's fault is it?
Blame the internet. Blame people too busy to spend hours in front of a boob tube. Blame lousy tv( how many cop dramas, medical dramas, and God help us.....lawyer "dramas can we watch ad nauseum ) . Blam e the endless shitty "Reality' tv shows. Blame govt cutbacks. Blame the other private tv stations which complain bitterly to the CRTC about the CBC recieving govt money while they starve. Blame the CRTC with its myopic "Canadian content" rules.( How many times does reruns of the "Fresh Prince of Bel Air" have to run on the CBC before it becomes "Canadian"?)

Personally I couldnt care less about CBC tv. They havent done much of a job for Canadian unity if Quebecs' Never-end-dumb referendums are any indication.
But CBC does keep bilingual francophones employed. When I was walking through the CBC Vancouver headquarters a few years ago .The average age of the employees looked to be over 40 so young people arent being hired, nobody is being hired ....French and only French was the language of choice. This is in a city of 40% chinese........ The CBC tv is becoming increasingly irrelevant in the internet world that is passing it by

Dont blame Harper and his lickspittle lackeys hired to do the dirty work. Blame the Canadian taxpayer that is fed up shoveling wheelbarrels full of cash into what Frank Magazine so affectionately calls the CBC......
"The Corpse".

hi anon....I really don't know where to begin, or why I should bother. I happen to believe that the CBC is a valuable institution in a country as big as ours. It may be flawed but it still produces better news programs than any other TV network. And if you don't agree that's your problem. But get your facts right eh? The CBC gets a pittance from the tax payers compared to other developed countries. Only in the U.S. does public broadcasting get less money. Television viewing in this country is actually going UP not DOWN. And as for the anti-French stuff you know where you can shove that....

My, my how eloquent "eh".
Apparently your own beloved CBC disagrees with you about tv viewship "rising". The younger population are "cord cutting" with alarming regularity. And young nonviewers grow up to be.......you guessed it........older nonviewers.
So when the cranky old farts like me start dying off. That will be the end of CBC tv.. :)-

And as for the "anti" French "stuff". I stand by my observations.
The majority of the full time employees in CBC tv Vancouver were French. Oui, French. But if you walk to the nearest bank machine around the corner from CBC at Robson and Hamilton your language options are "English" and "Chinese". French is irrelevant anywhere west of Manitoba...........BUT you will be happy to know the taxpayers of Canada spent $7 million dollars a few years ago to build a French Language tv studio in the CBC Vancouver building to keep the 4000 French only speaking people of BC happy.
Tax dollars well spent?????????

Hmmmmm, Tonights CBC news.
Ian Handsomemanthing announces that Rogers and Shaw are creating a new cable channel called "Showmi" to combat Netflix..
Some stats on the same show. More people watched internet video game "championships" ( eGames) last year than the Stanley Cup finals AND the Grey Cup combined.
Pray tell,..... is CBC even paying attention to the internet juggernaut bearing down on them?
CBC .......like an ostrich with its head in the sand in the middle of a pride of lions.
Everything seems ok until your eaten..........

Chinese people immigrate here and the vast majority of them learn at least one official language. The stereotype about Chinese is certainly NOT that they aren't committed to higher education.

Perhaps there aren't enough people of Chinese and other Asian origins in the Vancouver studios, but that is another issue, quite different than your anti-French bigotry. Mange de la marde!

The CBC "pizza" had me laughing, and I would make one as a joke and have it with Chianti (not to "wash it down") but I'd make a proper pizza. There are vegetarian alternatives (mmm, eggplants) if you don't eat salami. But wouldn't a Canadian wine be more appropriate?

I'm a radio person. The alternative is commercial crap, and often the quality of the language, whether English or French, leaves much to be desired.