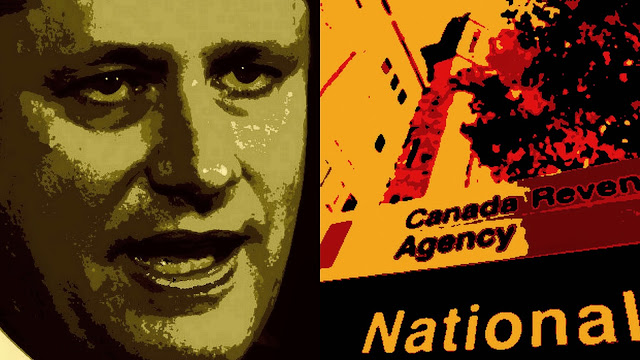 He is the foulest bully this country has ever known. He muzzles scientists, he has terrorized the civil service into submission.

He says he likes to see fear in the eyes of his subordinates.

He gave the Canada Revenue Agency millions of extra dollars to audit the political activities of charitable organizations.

And now the CRA is claiming it's not afraid of him, and that it's not biased?

The Canada Revenue Agency says it pays no attention to pro-government or anti-government political leanings when it chooses which charities to audit for their political activities. But charities targeted in the first wave of agency audits were largely opponents of the Harper government’s energy and pipeline policies, an analysis shows, suggesting bias in their selection.

Even though the evidence suggests the opposite.

The agency does not publicly identify which charities it targets, citing confidentiality provisions of the Income Tax Act. But information gathered by The Canadian Press shows at least half of the 10 political activity audits slated for 2012-2013 were conducted on charities in one narrow category: environmental groups, all of whom oppose government energy policies.

Even though this timeline speaks for itself.

And even though some well known, and very political conservative groups are being given a pass.

Some well-known conservative think-tanks that are registered as charities have confirmed to The Canadian Press they are not being audited by CRA for political activities, including Toronto’s C.D. Howe Institute and the Macdonald-Laurier Institute in Ottawa.

And what I want to know is how many other conservative groups are being spared from these outrageous politically biased audits?

Why has the Fraser Institute not been audited? 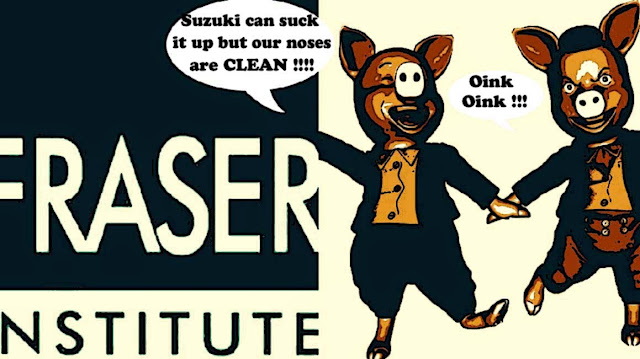 When almost everything it does is political?

Why has this homophobic organization not been subjected to an audit?

An evangelical organization that describes homosexuality as a "perversion" and a "sin" is receiving funding from the Government of Canada for its work in Uganda, where gays and lesbians face severe threats.

Why does this group of bigoted quacks even qualify as a charity?

Why has the wealthy Heseg Foundation apparently not been audited?

HESEG Foundation (HESEG) funds full academic scholarships and living expenses for former soldiers who served in the Israel Defence Forces (IDF). Many of these are Lone Soldiers who are young men and women from all over the world who come to Israel to volunteer in the IDF.

When considering the situation in Gaza, it's support for those who fight for Israel couldn't be more political.

And why after confirming the charitable status of all the above groups this afternoon, did I return to the CRA website tonight to find this instead of all the links I had saved? 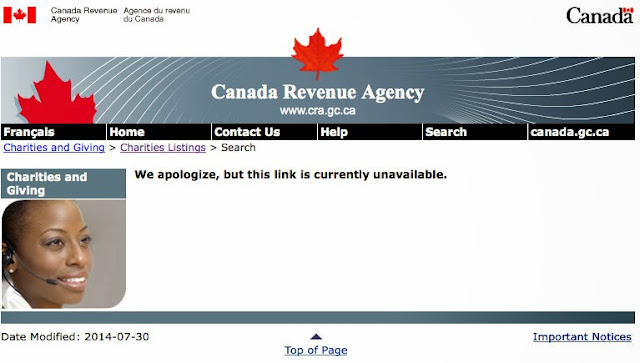 What's going on? What are they trying to HIDE?

And of course then there are the really Big Questions:

And do they have any idea what could happen to them when a new government takes over, and the investigators become the investigated?

Because a lot of decent people in this country are going to want justice, or revenge, and it won't be pretty.

But of course we are going to save the big audit for the big bully himself... 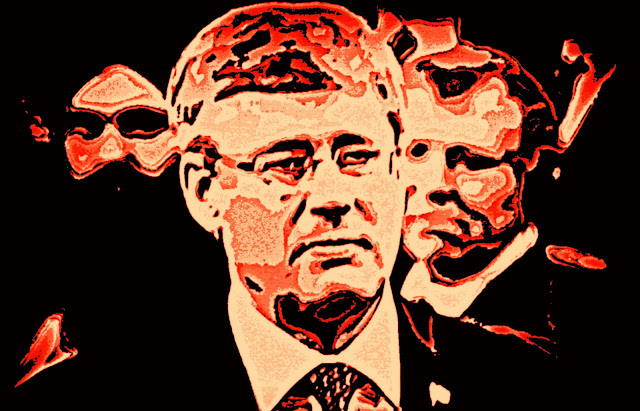 The monster who would use the instruments of government to try to intimidate, cripple, or destroy his opponents.

And who by so doing is guilty of acting like a would be dictator, or a political terrorist, and will be shown no mercy.

This outrageous witch hunt against some of the most decent groups in the country must end immediately.

Those who are guilty of collaborating with the foul Con regime, and perverting the democratic process, should confess publicly and resign, or prepare to face the music.

And as for Great Bully Leader he should also prepare to face the verdict of history, and the anger of Canadians, first at the ballot box, and then in the courts.

For enough is ENOUGH.

His punishment must be exemplary.

And for corrupting our country beyond belief.

He must go where he belongs... 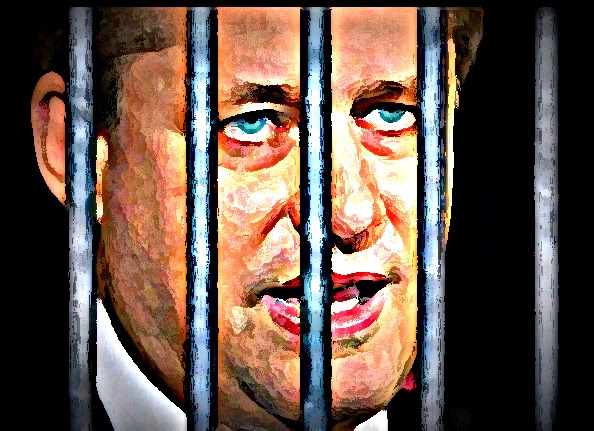 But the most egregious examples of political activism by charities are those on the Left. Then there is that charity run by ex-London Liberal and criminally convicted mayor Fontana that issued Million$$$ of phony tax receipts, and that has now been unregistered as a charity?

CRA is auditing the low hanging fruit and that means all the phony Left-leaning charities promoting anti-Canadian communism and eco-terrorism.

Once more, Simon, you have presented compelling evidence that the name Harper is synonymous with hypocrisy. Judging by some letters I saw the other day in The Toronto Star, it appears that more and more Canadians are catching on to that fact. Let's hope a critical mass is soon achieved.

Your comment would be valid if not for the fact that it shows you haven't read the original post. You're noting but a mindless partisan hack. You have contempt for parliamentary democracy, you steal elections and you now believe in using the institutions of the state to attack your political enemies.

And then you pontificate about the dangerous tendencies of the left.

You have no credibility.

Since you are so blatantly courageous with that clever nom de plume, perhaps you could bravely state whether or not you are really Russell Brand in disguise....

Don't people remember Harper's Northern Foundation of 1989? Do they not recall, just who donated to Harper's Alliance in 2002? What about Harper's good friend Wolfgang Droege and his Heritage Front? Harper's good buddy Conrad Black was a member of, Harper's Northern Foundation. Black was Harper's propaganda machine and kept the lid on things so, no-one would hear of Harper's dastardly deeds. Is that not why, Harper permitted Conrad Black back into Canada?

To me, Harper has always been, a Neo-Nazi fascist dictator. All dictators are paranoid control freaks and repulsive. Harper knows exactly how much he is loathed? His security bill has doubled.

Harper isn't known as, the Americans useful idiot for nothing. And here, Harper thinks he is a big shot.

On Sunday, Canadian Press, had an article which gave a very nice time line of the Conservatives activities and statements. It would not be unreasonable to conclude, from the time line, harper and his herd are out to use CRA to get rid of political opposition. harper and his herd are not unlike Putin, when he came to power. We can only hope we still have free elections by 2015.

The Canadian Press story advised harper and his herd had audited the Mennonite charities also. If there ever was a non political organization it really has to be the Mennonite charities. They have been able to go about their work in all sorts of countries, where dictators thrived. Now at home, in Canada, they are subjected to (threats and abuse of power) audits. My god what has our country come to when the government starts to audit churches for doing what the Bible has instructed them to do. I may be an agnostic but I do have respect for the charity work a number of churches do in this country and abroad. If it weren't for the Salvation Army, First United Church in Vancouver, Union Gospel Mission in Vancouver, etc. a lot of people would have starved and frozen on the streets of Vancouver. harper and his herd are disgusting and poor excuses for human beings.

The precedent is set... first it's the charities then it will be the CBC cut off from government subsidies. Just watch.

The structures of control in the Nazi state, Hitler introduced many policies and measures to ensure the Nazis remained in control, once he declared himself Führer. These measures dealt with political opponents, as well as ordinary people, who suddenly found their private, social and working lives controlled by the Nazis.

6. Terror (method of control), Germany became a country where it was unsafe to do or say anything critical of the government.

I think everyone needs to read Trevor Harrison's new book ...
http://www.agoracosmopolitan.com/home/Frontpage/2011/04/19/03610.html
Stephen Harper is an extremely dangerous man ... he has systematically eroded our democracy from the day he obtained a majority government!