Stephen Harper and the Myths that Will Destroy Him 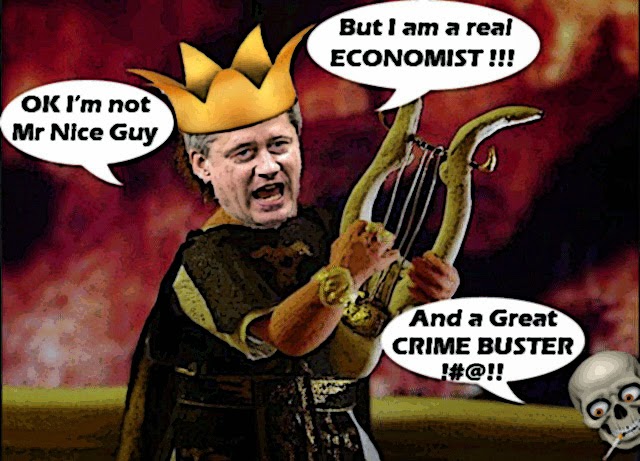 As I said in my last post, I don't think Stephen Harper is going to get very far accusing Justin Trudeau  of being an elitist. When he is the worst kind of anti-democratic elitist himself.

But he will continue to claim that he is a Great Economist Leader who saved us from the depth of the last recession.

And that he is a Great Crime Busting Leader who will save us from the criminals, who are EVERYWHERE.

But sadly for Harper none of those claims will help him either.

For firstly, as Jim Stanford points out, his great economic recovery is nothing but a MYTH. 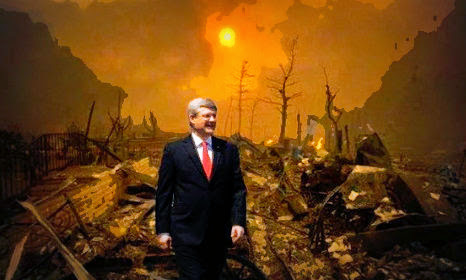 The argument that Canada outperformed the rest of the world was overstated at the best of times. Even in the early years of recovery, several other countries (including Germany, South Korea, Australia) did much better at protecting employment and rebuilding incomes. But with the rest of the world now gaining serious economic momentum, Canada's boastful claims are increasingly far-fetched. Far from leading, we now lag other countries, and our relative underperformance is getting worse.

This month's dismal jobs report is just the latest evidence confirming Canada's fall from economic grace. In July, 18,000 full-time jobs disappeared (offset by 60,000 new part-time jobs). The official unemployment rate fell by a notch (to 7 per cent). Labour force participation is stuck at its lowest point since 2001. Measured as a share of the working-age population, employment in Canada is hardly better than in the summer of 2009 – the worst point of the recession.

And he's no economist.

In short, the Canadian labour market is mired in a recession-like funk, five full years after the recovery officially began. Growth and job-creation can't even keep up with population, let alone repair lingering damage from the downturn. The partial progress made during the initial, stimulus-fired years of recovery ground to a halt in 2011. That's when government -- led by Ottawa -- took its foot off the gas, and put it firmly on the fiscal brake.

And as for his claim that only he can save us from the criminals, well that doesn't work either.

Not when these latest statistics show that the crime rate has been going down for years. 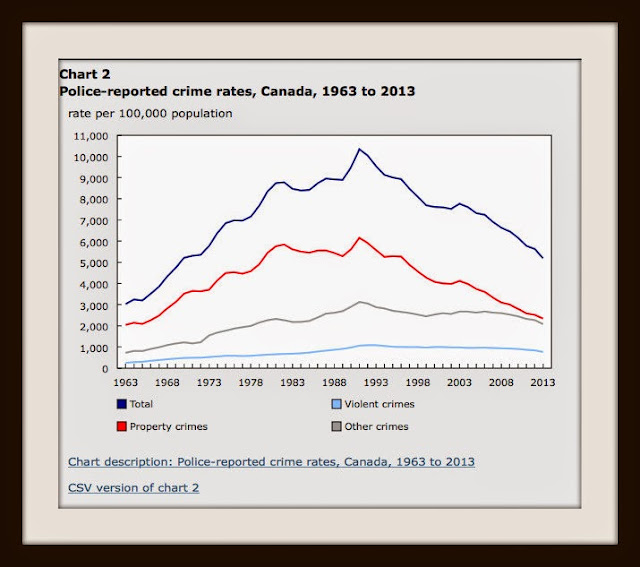 And that his Great War on Crime is just another myth. Or a just a mirage. And you know what they say about people who chase after things that aren't there, or aren't a real problem.

Which doesn't leave Harper much to fight an election on except the promise of tax cuts.

At a time when Canadians have made it clear that they would rather have their leaders create jobs, and strengthen the social safety net.

You know, I'll never understand how he was able to fool so many Canadians for so long.

But the truth is finally revealed.

The myths he hoped would save him, will in the end help destroy him.

He was no Great Economic Leader.

And the criminal we really needed to be saved from.

Was the fraudulent scam artist himself... 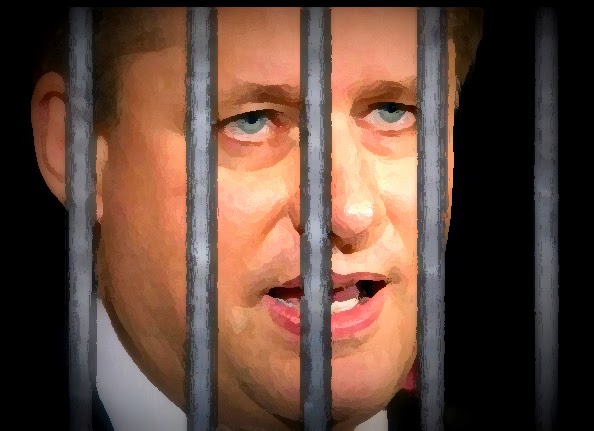 Oh boy. You know the other day I was watching them build an elaborate movie set on the island... 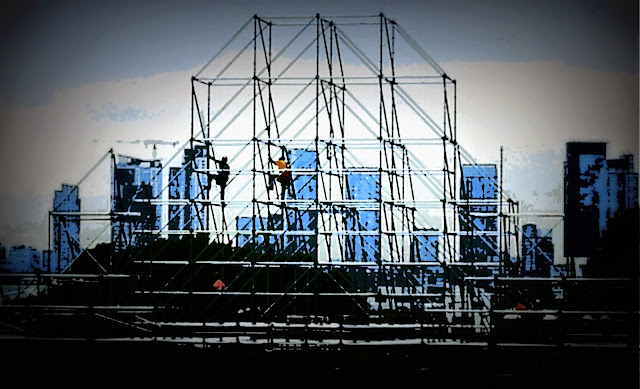 And for some reason it reminded me of how we are going to have to rebuild this country's economy, and its values, when the Cons are finally defeated.

And then I thought, oh great. It will be worth it eh?

When can we start?

I'm a real economist too. I baked a loaf of bread yesterday so, I'm a home economist.

We need to get a list of all the CON law-breaking since Stevie came to power, and research for details. Then when Stevie is gone, the new government can organize the CON trials.

Seriously, damage was done to our polity, and the fascists need to be truly punished: you do NOT play with the Constitution. When you do, you wind up with things like the NSA and Robocalls. Hard time for Stevie is required.

This article detailing the myth of Harper's economic competence is worth recommending to those who have not read it yet: http://www.huffingtonpost.ca/sean-casey/harper-debt-economy_b_3976972.html

From the link above:

Harper's war on crime, he needs to start on himself first. Harper is a lying fascist dictator.

We all know it was another Canadian PM, that saved our Canadian bacon. How fortunate we were that he did.

It is rather difficult regarding, the Canadian job rate. Jason Kenny has been bringing over foreigners, for big business to exploit. Kenny said, he was also going to bring over, skilled foreign labor. Premier Christy Clark gave Communist China the jobs, to build the LNG plant near Prince Rupert. Harper gave Poland, the BC peoples ship building contract. Foreigners are also given the resources and resource jobs. Sociopaths only love themselves and are incapable of feeling shame. Harper is actually proud of his evil.

Harper really should be tried as a traitor, doing acts of treason to Canada and the Canadian citizens. Harper said, "I am the Law". "I make the rules". And, "by the time I get through with this country, you won't recognize it". This is true because, Canada has never been a fascist dictatorship country before Herr Harper.

Never would have Canada, refused to treat children with horrific war wounds, as Harper refused the Palestinian children. Never has Canada been banned from a world organization before. Harper is the one and only Canadian PM ever, held in contempt of Parliament. Harper is the worst, most corrupt PM in the recorded history of this Nation.