Reefer Madness and the Corruption of Rona Ambrose 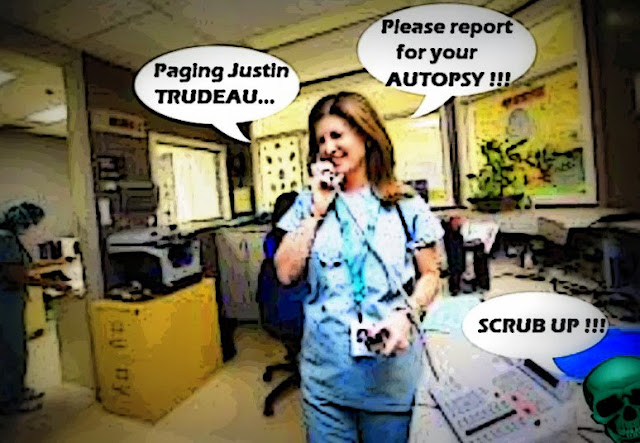 Well it could have been just another day in the glamorous life of Rona Ambrose Health Minister.

Serving the public, like an Angel of Mercy, and servicing Stephen Harper, like the Angel of Death.

But then she blew it. Again.

Health Minister Rona Ambrose says a new anti-drug campaign isn't asking doctors to take a partisan view on marijuana. She says if anything, it's Liberal Leader Justin Trudeau who has politicized the issue.

"Telling kids to not smoke pot is not a partisan attack on Justin Trudeau by Health Canada. It is a sound public health policy backed by science," she said on Monday.

Which left the the Canadian Medical Association seeing red, or being treated for high blood pressure.

"The CMA is on record as calling for a public education campaign on the dangers of marijuana use by youth. "We did not ask for a multi-million-dollar taxpayer-funded advertising campaign to be turned into a political football."

Left the Con's anti-marijuana/Justin Trudeau campaign on life support, or on a trolley heading for the morgue.

Because if that sleazy smear campaign isn't dead now, it soon will be.

And of course left me rolling on the floor, clutching my side, and gasping for breath.

After laughing as loudly as this guy...

But of course it isn't really funny, it's SCARY.

And Stephen Harper is clearly so desperate to destroy Justin Trudeau, his Cons are capable of anything.

And I mean ANYTHING... 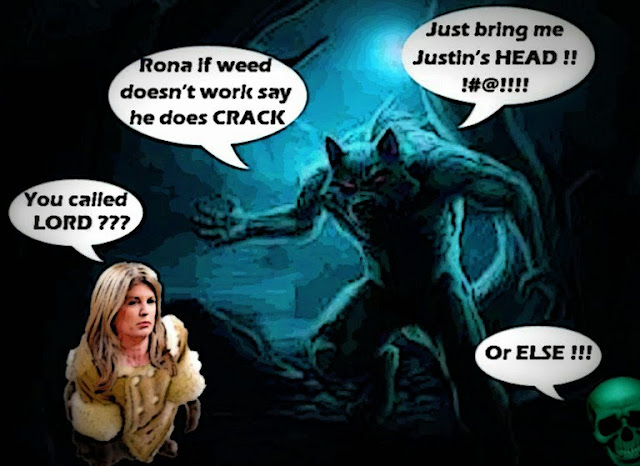 Poor Rona Ambrose. I almost feel sorry for her eh?

She should have known the monster corrupts everything he touches.

But she sold her soul to Stephen Harper.

And this tinny medal I made several years ago.

Shall be her just reward...

And here's the happy prognosis eh?

The Con regime is on a trolley heading for the morgue of history.

They've disgraced themselves beyond recognition.

And they're all going down TOGETHER...