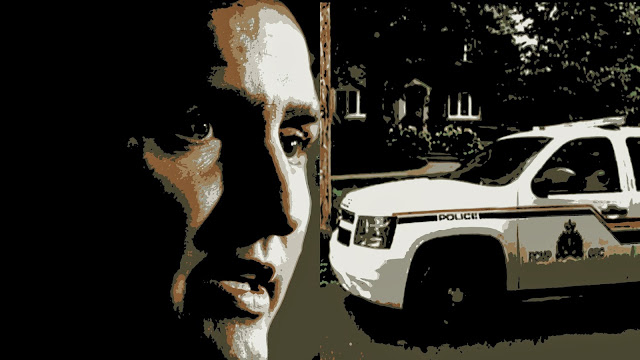 I have no idea who broke into Justin Trudeau's home the other night while he was away, in a creepy attempt to terrorize him and his young family.

I can't imagine what kind of foul creature, or creatures, would leave a sinister message in a circle of butcher knives.

But I am glad Justin is asking the RCMP to evaluate his security.

Liberal Leader Justin Trudeau has asked the RCMP to assess whether he will need a security detail after someone broke into his Ottawa home on Saturday and left a threatening note.

Because I honestly believe there are a group of shadowy Cons out there who are trying to destroy him. 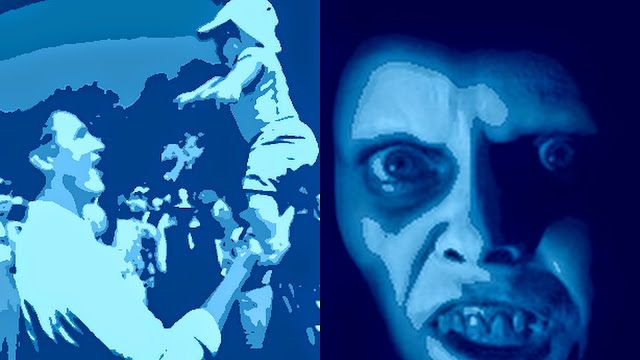 For even if some of Harper's young fanatics weren't involved in the break-in, which I will believe only when and if the police clear them, by arresting the criminal or criminals responsible.

Some Cons are definitely trying to take advantage of the situation to further their sinister aims.

I've already pointed out how the official reaction to the break-in was totally devoid of sympathy.

"This is obviously concerning news," wrote Jason MacDonald, the prime minister's director of communications. "People expect and should feel safe in their homes. We're glad to hear that everyone is safe and that the police are investigating."

And seemed to be setting the stage for the Cons to trumpet their Great War on Crime, and accuse Justin Trudeau of being soft on criminals. Even those who would threaten the safety of his family.

But now some of the creepy Cons in the nether sphere  are trying to move the narrative to the next stage, by targeting Sophie Trudeau with messages like these: 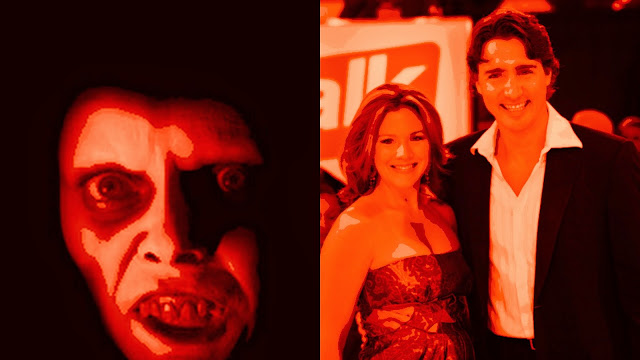 The case may have already been solved and the police are putting it down to a domestic dispute. Sophie laid out the knives and wrote the note saying her doors were open ... while her husband Justin was cavorting all over Canada. She doesn't want to lose him to somebody else. File closed..... believe it.

Hey, Brainless assessment.... Sophie is all alone in Ottawa save for her children and a nanny... while husband Justin is cavorting all over Canada and looking like he enjoys his new job as Liberal leader... and I bet there is no lack of company either. Sophie laid out the knives and wrote that silly note about leaving doors unlocked to cover up her escapade and to reclaim her gorgeous husband. Sooo obvious.

I've been flooded with those grotesque messages for two days, as have others. My cyber security expert tells me they are almost certainly coming from the same location, but from more than one computer. And they are all singing EXACTLY from the same songbook.

In what seems to be a coordinated attempt to try to further destabilize Justin and his family.

Which is why I'm calling it a CONSPIRACY.

I'm not publishing most of those comments on my blog. I will not be used to hurt that already victimized family. But I thought I should share some of them with you so you can see how sick they are.

And of course, how DESPERATE the Con and their followers are these days.

Because as the Conservative commentator L. Ian MacDonald points out, that big EKOS poll shows the Cons are collapsing.

And Stephen Harper is running out of time to turn those numbers around:

Bottom line: The Conservatives can’t go into the Christmas recess with poll numbers like this. If they do, Harper may have another kind of decision to make about the future — his own.

So you can imagine how desperate he is, and what he might do to try to cling to power. 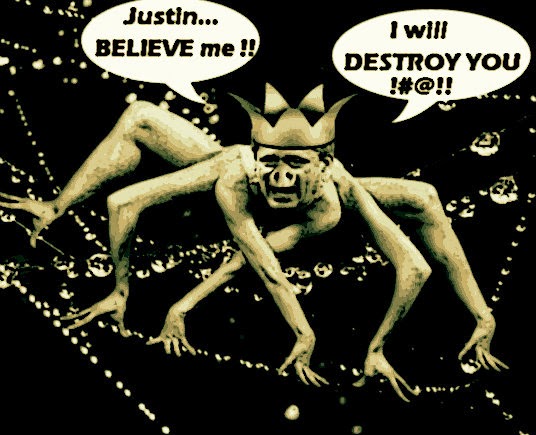 Because we are living through some of the most dangerous moments in the history of this country.

But the good news is this: if we keep up the pressure on the monster, and miss no opportunity to degrade him, he will never recover in time.

In just three months from now, he could be gone.

And our long nightmare could be finally over...

Look, Simon, when Ian Macdonald and Tasha Kheiriddin are either suggesting that the Cons are collapsing or that it is time for Harper to panic, we can conclude that things are not going too well in Harperland, eh? The responses to this break in incident only further strengthens the suspicion that their internal polling must be horrendously bad and they are at a loss who would be the first to ask Sir Stephen to step aside for the good of the party, eh?

But I suspect Sir Stephen, aka Great Warrior Leader, will be running for the hills, but bravely, you understand, before the end of the year. Of course, it would only be because he had decided to spend more time with family or the family cat or something like that. I cannot see him accepting being humiliated by another Trudeau.

Anonymous said...
This comment has been removed by a blog administrator.
5:46 PM

The above comment was deleted for being too Con and for trying to blame the victims of that criminal home invasion. Cons like you are not fully human and must be muzzled like beasts....

hi anon 11:34...from what I hear Con HQ is in a state of disarray, Lord Harp is in a depressed state, the inmates are running the asylum. And as L. Ian MacDonald points out they are running out of time. If his numbers are as bad by Christmas he will have to start thinking about resigning or he will have a revolt on his hands. My guess is that he will try to hold on until 2015 so he can move up on the list of longest serving Prime Ministers. But Jason Kenney may have other ideas... ;)

Anonymous said...
This comment has been removed by a blog administrator.
12:26 AM

Anonymous said...
This comment has been removed by a blog administrator.
12:28 AM

Call me cynical like George Bernard Shaw. However the RCMP may not be there to protect Justin, complexly the opposite, to destroy him. Who shaped this battlefield this is the question?

This comment has been removed by a blog administrator... because it's too truthful.