When Even a Blogging Tory Dares Call the Harper Cons Thugs 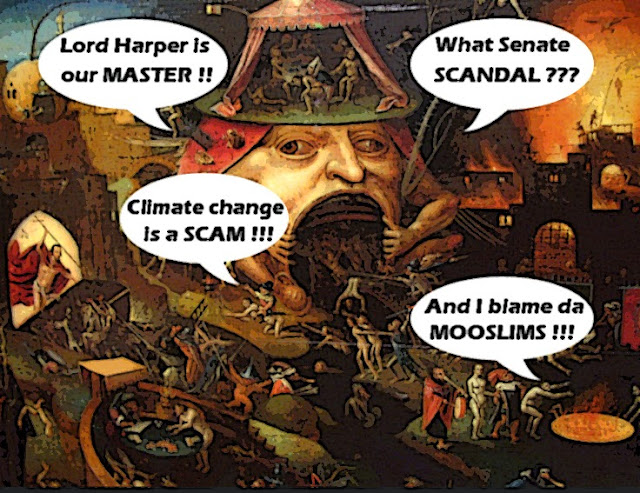 The Blogging Tories isn't the Con aggregator it once was. It has fallen a long way since the days it once dominated the Canadian political blogosphere.

With only five posts in the last 24 hours by early this afternoon, compared to thirty-three for Progressive Bloggers.

And it remains the home of the kook, the crank, the anti-Muslim bigot, and the climate change denier.

But you know things are changing when one of them has dared take aim at Stephen Harper and his ghastly Cons.

It’s getting pretty hard to admit to being conservative these days. Conservative principles have become so degraded and demeaned by our current crop of politicians at both the federal and provincial levels as to be almost unrecognizable.

The petty, mean-spirited harangues coming from their supporters seldom rises to anything even closely resembling informed opinion or rational thought. It’s on par with the kind of nonsense you see coming from extremist groups on all sides of the political spectrum and seems, to me, to more closely resemble extremist hate than political debate or discourse.

Criticize the way the smear artists in the PMO are going after Justin Trudeau... 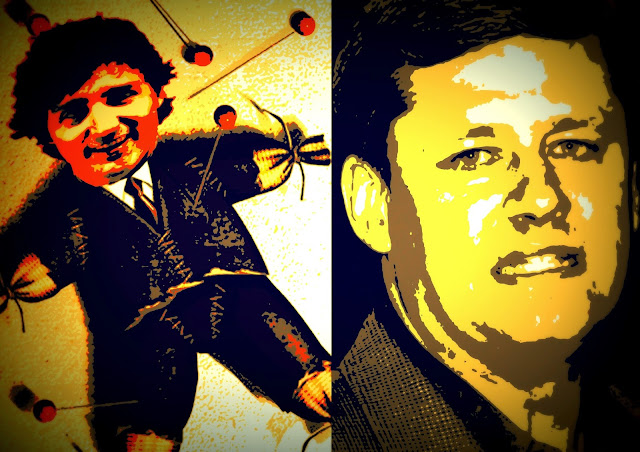 Surely it is a sad thing to feel so threatened by one vacuous individual that you lose all confidence in your own record and policies and feel the only way to get reelected is to constantly attack him rather than promote your own views and accomplishments.

The Harper Smear Team seem to think that the majority of Canadians are too stupid to think for themselves and to evaluate both Justin Trudeau and the current government. We must have Conservatives constantly hammering away at every breath Justin Trudeau takes to convince us to vote the right way.

Warn where that hideous smear campaign is leading the Cons.

This relentless smear against Justin Trudeau is having exactly the opposite effect from what they intended and support for conservatism in this country is dropping like a stone tossed from a tall building.

And sum it up this way:

At the rate Harper and his thugs are going, we’ll be lucky to hold on to Official Opposition status after the next election and that, my friends, is not just a squandered opportunity to move this country forward – it’s almost criminal.

And all I can say is good for the Bear. For summoning up the decency and the courage to say it like it is.

And of course where's there's smoke there's fire. For if a committed Con blogger feels so strongly about what the Cons are doing, you can be sure there are many others out there who feel the same way.

The writing really is on the wall.

Progressives and other decent Canadians really are winning the war for the future of our country.

And if I was Stephen Harper, I'd be really, really worried... 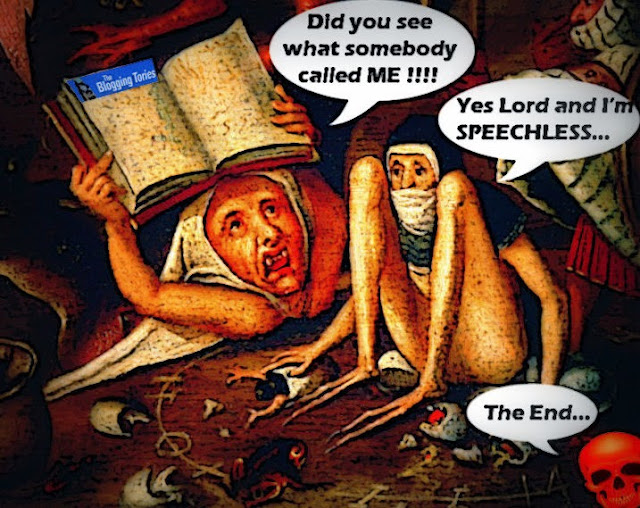 PM Harper may be all those things you accuse him of, but neither Justin Trudeau Jr. nor Thomas (Tom in the ROC) Mulcair are suitable replacements.

Trudeau is a Liberal snake and Mulcair is a NDP fraud; and both are from the nation of Quebec. Nuff said.....

And you prefer a lying psychopath who is too stupid to see the climate is changing?

Perhaps it makes sense in the mind of a political hack, but decent people can only pity you.

If only you could see yourself as others see you.

Okay we know your feeeelings... now tell us who is better than Harper.... Justin of Mulcair.... and claiming either is "not" Harper is an infantile response. So go ahead and explain why the corrupt Liberals or incompetent NDP would make Canada better. What policies do you see Justin or Mulcair imposing on the Canadian taxpayer. p.s. please hold down the invective and try to act mature. Thank you.

Keep your foul hatred to yourself... and try to act mature if you can.

Well Anonymous, ... perhaps YOU should explain why you don't think it's important for the governing party to share cost estimates with the people's representatives when it asks the people's representatives to vote for spending on public policy? Perhaps your fantasies about your fiscal rectitude carry you through your support for such undemocratic secrecy. But sane people don't have to answer your inane challenges.

That was just one of the harpercon sins that I presented and which you, being the coward and fraud that you are, ignored.

You are willfully bind to massive "conservative" corruption and incompetence. You're a living joke and it's part of your affliction that you don't even realize it.

" and try to act mature if you can"

That's pretty funny, coming from you!

Well A. you may think Mulcair and trudeau are not suitable replacements for harper and his herd, but think of it like this, if people believed half the "shit" the Cons shovel about Mulcair and Trudeau, and half the people decided they didn't like the Con's tactics and deciding perhaps the Cons might be right, they could all just vote for Ms. May and we'd have a Green government. It could back fire.

Canadians don't like "smear" tactics, but if they decide to not like Mulcair and Trudeau, it leaves Ms. May in the drivers seat. Now I'm not saying that is a bad thing because out here in B.C. with our latest environmental disaster, she is starting to look real good. This self regulation shit for industry just isn't working for those of us living in it.