The Con War on the Wounded Children of Gaza (Continued) 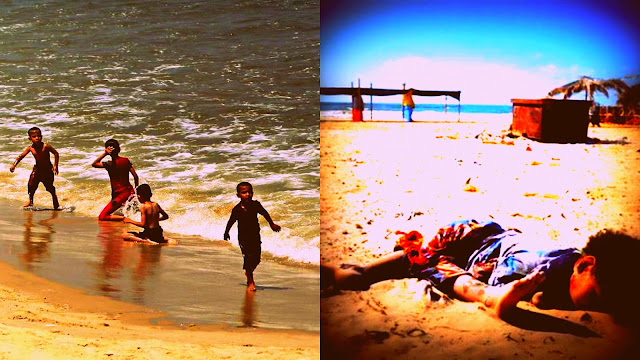 The ceasefire is holding. The kids are playing again on the beach where four of their friends were killed while playing soccer, by shells from an Israeli gunboat.

But thousands of Palestinian children have been wounded... 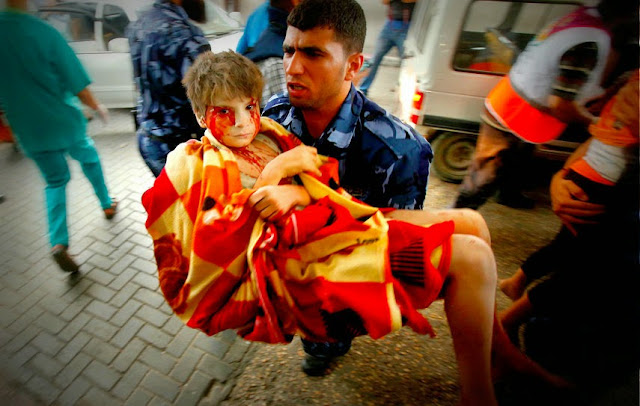 The situation in the hospitals is so desperate they can't treat them in Gaza.

“Palestinian health authorities are planning to refer more patients to hospitals outside of Gaza to access life-saving treatment as well as to reduce the case load in the hospitals to a more manageable level.

And I still want to know why the Harper regime is STILL preventing 100 wounded Palestinian kids from being treated in Canada.

Because if you remember this story.

Their callousness still knows no limit. And John Baird's pathetic excuse for doing nothing still makes no sense... 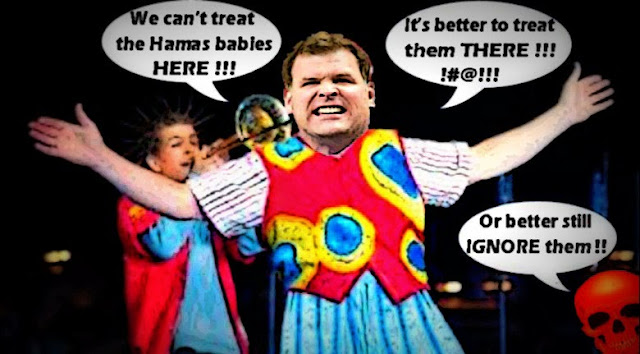 A spokesman for Foreign Affairs Minister John Baird mumbled something about providing help for “victims of Hamas” (not Israeli bombardment) in the region, not here. He fretted about the “medical risks and dangers” of shipping people overseas. Better to send Canadian medical expertise, financing and supplies there, he said.

Not when you call Baird's bluff.

On the face of it, Foreign Minister John Baird’s counterproposal of providing Canadian talent to Gaza seems reasonable. After all, the Palestinian Ministry of Health has asked for the same. However, I stand as evidence that Baird and Ottawa are not serious about this counterproposal and likely never intend it as anything but an excuse for inaction.

Not when even though you are a Canadian emergency room doctor you are arrested by the Israelis when you try to enter Gaza. For no good reason.

As always, my documentation was in order. No cogent reason was given for my denial, and I was expelled after being strip-searched and escorted by police as though I were a criminal.

And then get an e-mail from the Con regime:

Before departing for Tel Aviv, I asked for assistance from Ottawa. An official at the Department of Foreign Affairs responded to me directly by email that “neither we in Ottawa nor the Canadian Embassy in Tel Aviv can assist in facilitating the entry of Canadians into the Gaza Strip.”

The message was clear: Canada will not help doctors enter Gaza to deliver humanitarian aid and medical care.

Which makes everything they've said so far just another BIG LIE.

Because the British government may be sending a medical team. And there is talk of sending a hospital ship. Other countries like Scotland are preparing to treat the wounded innocents.

But the Con regime is still doing NOTHING.

Even though the need is so great... 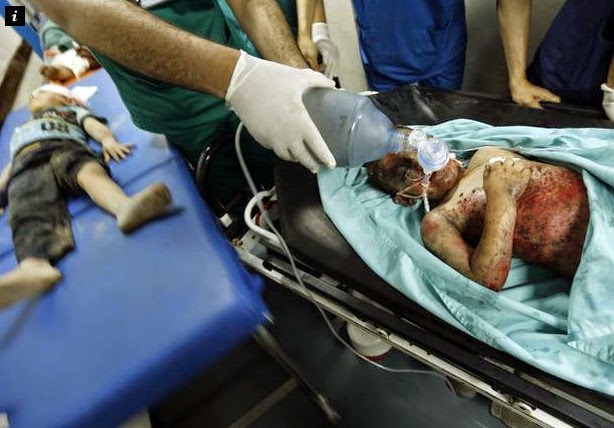 And horribly injured children are DYING from the lack of proper medical care.

You know, since I started writing about this appalling story I have received many anguished messages from readers asking me what they can do to help bring the wounded children to Canada. Because they feel so helpless.

And the truth is I don't know what to tell them, because I feel helpless too. I count on human decency to help in medical emergencies, and in its absence I am staggered.


Stunned by the silence of so many Canadians, and the inaction of our foul government.

So all I can say is what I've said from the beginning: write your MPs, sign petitions.

Juxtapose pictures of the callous monster and his helpless victims... 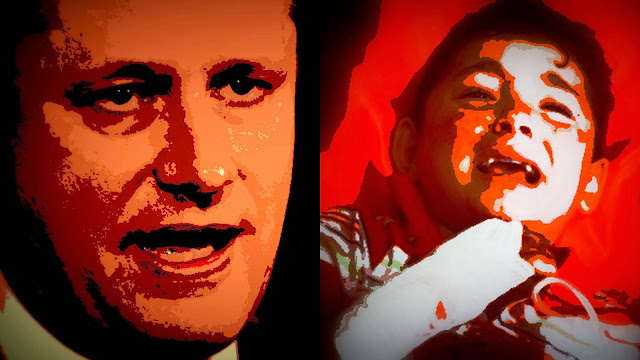 To reinforce his image as a hideous bully. A man who would sacrifice children for crass political reasons. Because we can and will use that against him.

Use social media to get the message out, scrawl slogans on walls, make a noise, just don't remain silent. For silence is complicity.

And of course, if you're a decent Canadian, work to defeat Stephen Harper and his criminal Con regime.

"And I still want to know why the Harper regime is STILL preventing 100 wounded Palestinian kids from being treated in Canada."
Simple version: because that's what psychopathic sociopaths do to support each other, Simon. The club they belong to is exclusive of anything remotely resembling Christian, or for that matter any other kind of, humane values and mores. You will never see the day when harpie or little boy baird will ever do anything to upset nuttyahoo. If/when the harper crime cabal is finally ousted, this country may have the chance to redeem some of its former laudable presence in the world community. Not until and not a second before.
Your right-wingnut trolls will be whining and bitching that this post is sooo wrongheaded, blah, blah, blah but they are the same witless fucking assholes who will vote against their own best interests in 2015 again because they are too stoopid to know any better. In keeping with the grand spirit of "The Thwap" I say to them "FUCK YOU, YOU FUCKING FUCKS!!!"

News today: Harper assures Obama, his little country of canada can do more to help kill, this time it is in Iraq, where, in Harper,s mind, we should have been killing from the outset. Finally!

It would be sweet to have a PM we could respect rather than loathe. We live in a very sad time when such a callous, mean spirited little man is held up by equally pathetic sycophants as our leader.

Harper and his herd's attitude towards the children of Gaza may be part of his undoing. Canadians don't like to see injured kids suffer. The majority see no reason for these children to not come to Canada. If we have a Canadian Premier saying her province will take 100, then I'm sure others will do the same, except perhaps for B.C.

As to harper and his herd's comments regarding parents who might be Hamas like get a grip and if he can't, find 100 orphans. Trust me there are enough orphan toddlers who will make up the 100 children who need help. I'm sure there are Canadians who would contribute money to the cause. Harper doesn't want these children in Canada, because there will be real pictures of them in the press and the children will learn to speak English and French and be able to tell their stories. God forbid that should happen. Harper would loose votes hand over fist.

Many of the children in Gaza, who need medical treatment in Canada, could be looked after by relatives who are Canadian citizens. 25/30 yrs ago Canada brought in children from Russia after Cherynobl, without their parents. The kids came every summer so they could escape to clear air, water, food, etc. They all went back to their own country and there wasn't any problem in Canada. harper and his herd look more like ISIS than Canadian. I'm sure you would be hard pressed to find a Jewish organization in Canada who would object to 100 injured orphaned toddlers being brought to Canada for medical treatment. Only the warped minds of harper and his herd would object. The Canadian ISIS team is here in the form of Harper and his herd! Harper and his herd, like ISIS, likes to inflict death on anyone who they think opposes them