The Con Regime and the Horror of Lac Mégantic 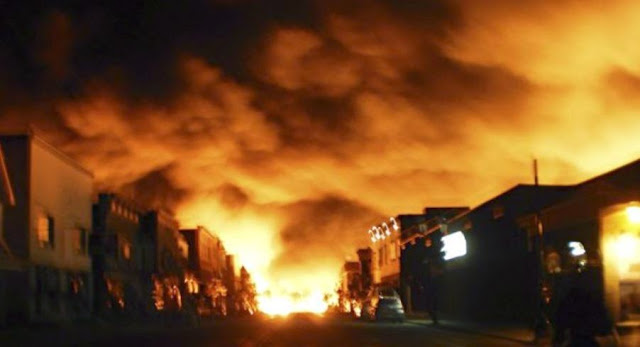 The report into the horrifying tragedy in Lac-Mégantic is out, and it couldn't be more devastating for the Con regime.

A railway with a “weak safety culture” and a federal regulator that was asleep at the switch combined to bring about the worst accident in modern Canadian history, says a report by the Transportation Safety Board.

For not only does the report blame the railway for not operating safely, it also blames the federal government for not doing enough to prevent that fiery holocaust.

In its criticism of the federal government, the watchdog agency investigating the crash referred to Transport Canada as “a regulator that did not audit” the safety procedures it required the railway to follow. Transport Canada didn’t do enough inspections and “they didn’t assess the risks properly,” including looking into a company that the government knew had a problematic safety record.

But despite that, all the hapless Con Transport Minister Lisa Raitt could come up with today, was to blame the company for not following the rules.

When it was her department's responsibility to make sure those rules were enforced.

And if they had done that this horrible tragedy might never have happened... 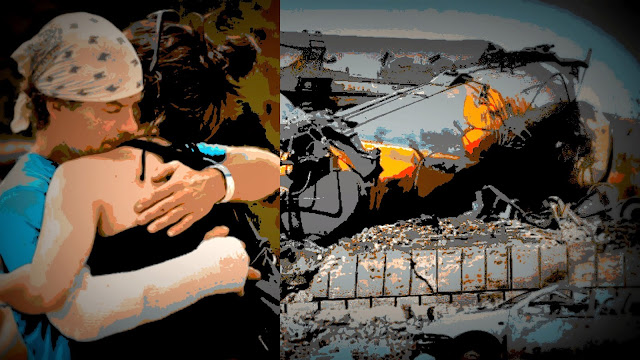 “This report is a searing indictment of Transport Canada’s failure to protect the public from a company that they knew was cutting corners on safety despite the fact it that was carrying increasing amounts of hazardous cargo,” Keith Stewart, climate and energy campaign coordinator for Greenpeace Canada, said in a statement. “This lax approach to safety has allowed the unsafe transport of oil by rail to continue to grow even after the Lac Mégantic disaster.”

And what makes all of this even more disturbing is that Harper and his oil pimps are making plans to transport even MORE oil by rail. 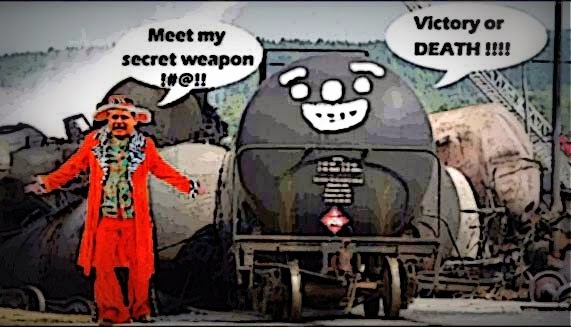 Shipments of oil by rail from Western Canada are expected to more than triple in the next two years, as the sector heads into a severe shortage of pipeline capacity by next year, according to a new forecast by the Canadian Association of Petroleum Producers.

Oil transportation by rail is expected to jump to about 700,000 barrels per day by 2016 from 200,000 bpd in late 2013, the Calgary-based lobby group predicted Monday in its annual crude oil forecast.

Which can only lead Canadians to ask themselves two questions:

Which town in Canada will be the next to go up in flames?

And when will Stephen Harper accept responsibility for the criminal actions of his incompetent regime?

And of course the answer to the second question is NEVER.

Because although he likes to go on and on about "keeping Canada safe," he never accepts responsibility for anything, and always seeks to blame others.

Which only makes the choice we face even clearer and more urgent.

If we want to be truly safe, we must remove that ghastly oil pimp from power,

Before he burns us in our beds... 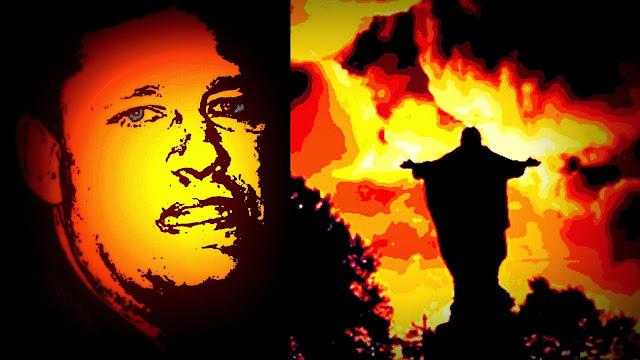 Merv Tweed, ex-CON Harper MP from Manitoba parachuted into the position of President of US Omnitrax that owns the Port of Churchill and the Hudson Bay Line. Harper's boy was there when Omnitrax announced that it would be transporting Alberta bitumen by rail across the unstable muskeg to the Port of Churchill. Sure enough First Nations, environmentalists and the government of Manitoba were against this plan. The Omnitrax PR campaign/consultations didn't go as well as planned and the FNs launched a petition to stop these plans in their tracks (purposeful pun). Anyway, today Tweed announced that Omnitrax was way too busy with grain shipments to bother with shipping oil so those plans have been put on hold. Note that a CON will never admit to backing down and had a handy excuse on the offer that negated the effort of all FNs and activists involved with stopping their plans.