Muhammad Ali and the Brutal Sport of Boxing 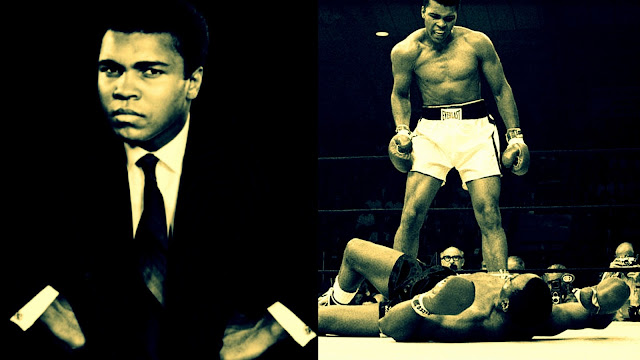 He was a giant, an unforgettable character on the stage of life.

And he deserves all the tributes that are pouring in from all over the world.

But while many call Muhammad Ali "The Greatest" for the kind of boxer he was.

I choose to admire him for the courage of his convictions.

And for what he did out of the boxing ring.

It wasn’t his pugilistic prowess that captured the public’s imagination. It was his courage in standing up for his beliefs, at great personal cost, that endeared him to millions. He stood up against racism and war at a time when doing so was career suicide.

As he said later, “I’m gonna help my people. I use my fists so I can get to where I can use my mouth.”

When he refused to report for military duty during the Vietnam War, he was vilified as a coward. His explanation — “I ain’t got no quarrel with them Viet Cong . . . . No Viet Cong ever called me n-----” — sparked outrage among the establishment though won him favour with the growing anti-war movement.

For at the time that took far more courage than stepping into a ring. It was quite a mouth. And the tragedy is that it was silenced or muted so soon, so long before before his death.

Which is why I sincerely hope that Ali's final gift to the world is to remind everyone of the dangers of boxing.

For while his Parkinson's disease that struck so early may have been caused by genetic factors,  I don't think there can be much doubt that the many blows to the head he absorbed during his boxing career contributed to the neurological damage.

We have seen what has happened to many other boxers, and to some of the NHL's so-called enforcers.

And in the case of Ali, those blows to the head may have also have triggered the early onset of his Parkinson's disease. 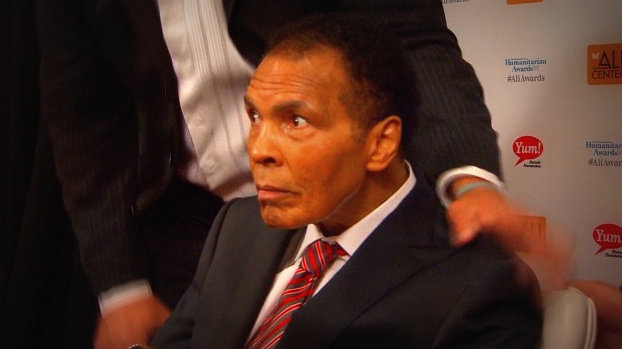 Comparing the brain to a squishy ball, Isacson explained that when it’s hit extremely hard, the ball bounces against the skull. About three to 12 days later, massive inflammation follows and the brain is flooded with proteins that are associated with Alzheimer’s or Parkinson’s.

Parkinson’s results from a loss of brain cells that produce the chemical dopamine. After inflammation, these dopamine neurons are much more fragile, Isacson said, and more likely to become injured by other things, such as regular aging.

And any sport that encourages blows to the head is not a sport as far as I'm concerned.

For while boxing is far less popular than it was decades ago, it still continues, and so do the casualties. As the case of the British boxer Nick Blackwell proves only too clearly. 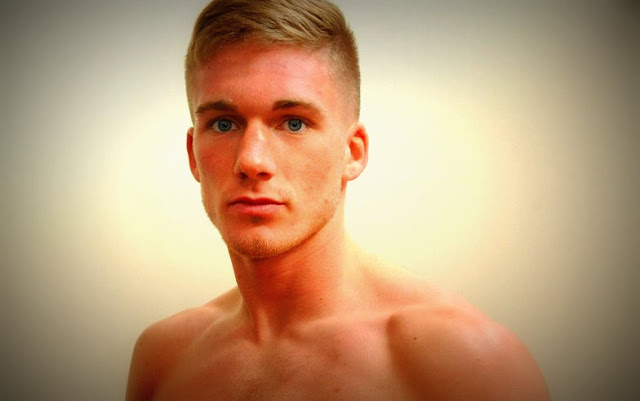 Who just over a month ago was left looking like this... 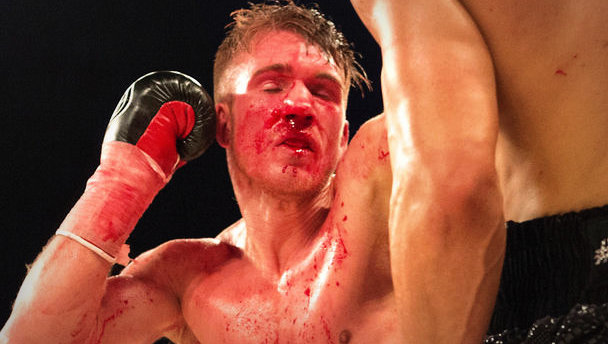 And almost died in the ambulance after suffering from bleeding in the brain.

Anyone who wants to fight should take up martial arts like Judo or Karate or Taekwondo, like I did when I needed to learn how to defend myself. For they are far more civilized, and far safer.

And the brutal and demeaning sport of boxing should be banned.

No other sport has the express goal of causing injury to the brain. That is certainly the aim of professional boxing. Even in amateur boxing blows to the head are crucial, and protective headgear may not stop injury from rotational acceleration.

Nothing can be more killing of joy than personality changes, violence, substance abuse and dementia. I also think it is demeaning as a society for people to get pleasure out of watching others fight and that we should consign this public spectacle, as we have done public executions, to the dustbin of history.

Like the neuroscientist who wrote that article, I realize that view is not popular with many sports fans. But since nobody else to my knowledge was standing up for our precious but very fragile brains, I thought I would.

I can't help thinking that if Ali had retired earlier, his voice would not have been silenced so soon.

And wouldn't it have been great to hear him take on a bigot like Donald Trump in the last great fight of his career?

Muhammad Ali was a great American, and a hero to millions all over the world.

But for me he will always be so much more than just a boxer... 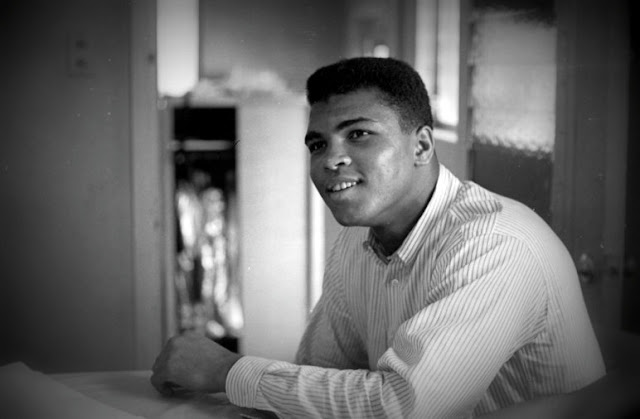 Well thanks Simon was nice seeing this from your point of view.

These are what I will want to remember about him:

The only way for boxing to be saved is to pass a rule saying you cannot hit the face/head of your opponent. But that is totally unrealistic.

How many know Ali was an actor for a time, costarring with Donald Sutherland in a play?

hi MC...I hesitated before writing this post, because I didn't want to get in the way of all the tributes. But I live by the principle of harm reduction, I have seen what brain damage can do to people. I will never forget the sight of a young victim of a motorcycle accident crawling across the floor licking his fingers, wiping them on the floor, and then putting them back in his mouth. Our brains are absolutely amazing and slamming them against the sides of our skulls is absolutely insane. You know how long it has taken for the NHL to come to term with concussions, so I just had to speak out....

hi TF...yes as I said in my piece he had a very active life outside the ring, and while people celebrate his boxing skills, I would rather concentrate on the brave way he challenged the Vietnam War and the example he set for young African Americans. He was also a very decent person, no sordid scandals ever haunted him, and he was also very very funny. It's so tragic that he had to spend half his life burdened down by illness, but he made his mark and he will be missed...

hi David...until recently I gave Olympic style boxing a pass, because like martial arts its far more point based, more technical and less brutal. But then I heard that they have or are planning to remove the requirement for boxers to wear protective head gear, and at that point I gave up on the sport...

hi TS...one of the first clips I saw of Ali was the one where he said he was giving up his "slave name" which made me laugh, but also impressed me. Although interestingly enough I later found out that Cassius Marcellus Clay was a well known white abolitionist who fought slavery in and around the Lincoln years...

When I was a kid there was no bigger star than Muhammad Ali. Larger in significance than any one sports star you could name today. I believe Ali could be an incredible asshole though. The way he spoke about and to Joe Frazier was not only mean, it was despicable. I have to think that when the aged Ali reflected on that part of his personality he did so with a huge degree of remorse.

It isn't just boxing that can lead to brain injury, dimentia, etc.