Is Donald Trump's Campaign Going Down in Flames? 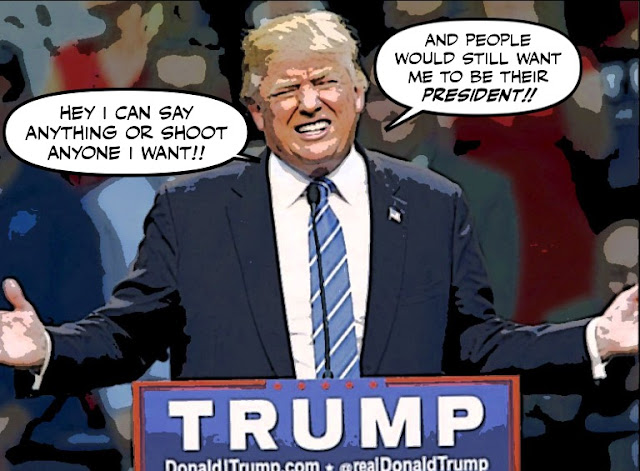 For a long time it seemed that nothing Donald Trump said or did could hurt him, or put a dent in his polls.

But now that seems to be changing.

Because after a very bad month, his campaign is now starting to look like a slow motion train wreck. Trump's numbers shot up in the wake of his victory in the May 3 Indiana primary, a win that effectively sealed his nomination. But as May wore on, Trump's poll numbers not only hit a wall, they began to collapse.

And not because Americans are falling in love with Hillary, but because a lot of Americans have apparently decided that they just don't like HIM.... 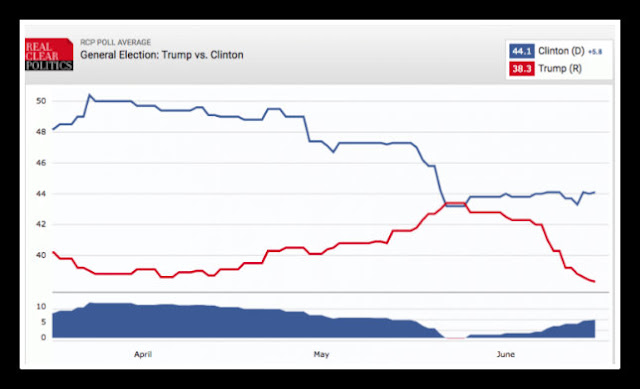 What's fascinating in the chart above is that Clinton's appeal hasn't surged as Trump's has dipped badly. These aren't people deciding to be for Clinton; it's people deciding they aren't for Trump. The more Trump is exposed to a general electorate — at least in the early days of his time as the presumptive Republican nominee — the less that electorate likes him. 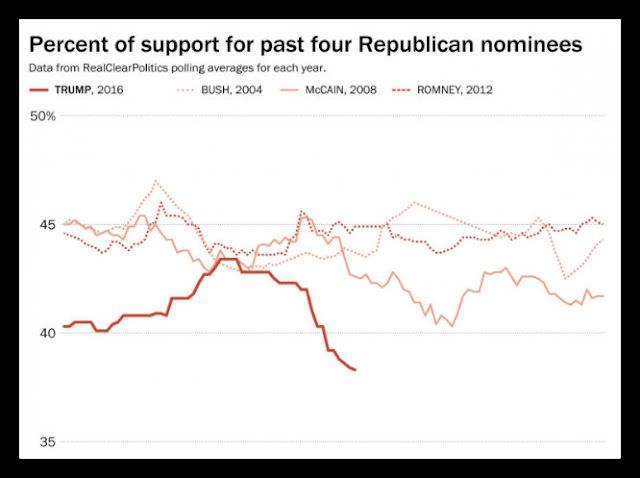 Not only are Trump's poll numbers slipping, they are at a low that no one, Republican or Democrat, has seen in the past three election cycles. Looking at the window of time between 200 and 100 days before each of those elections, you can see that Trump has consistently polled worse than George W. Bush in 2004, John McCain in 2008 and Mitt Romney in 2012. 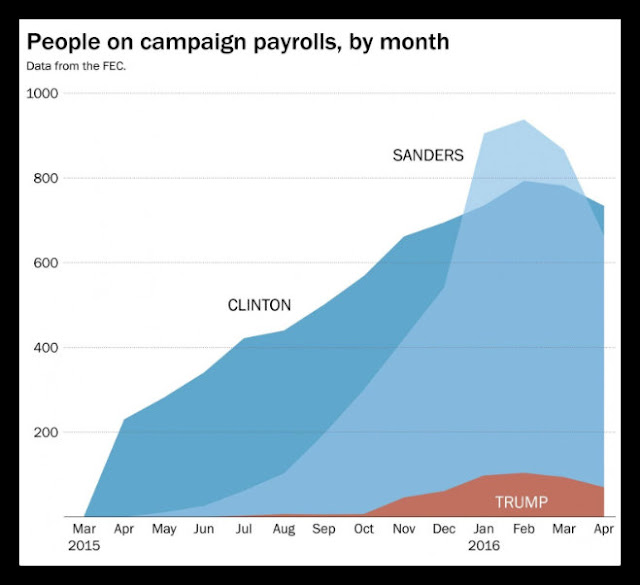 And his dependence on the MSM for free publicity is turning out to be another mistake. As the media start adjusting their coverage to the more balanced reporting of a general election campaign. And are reducing their live coverage of his rallies.

And then of course, there is the way that he has been putting his foot in his mouth. By attacking that distinguished Mexican-American judge, or suggesting that a popular President had something to do with the Orlando massacre.

And I like to think, as Paul Wells suggests, that the way he reacted to that tragedy may have helped seal his fate. By opening America's eyes to Trump's empty heart. 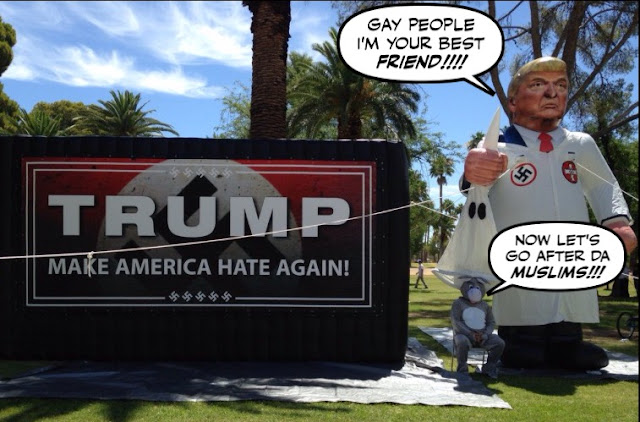 Trump clearly spent part of Sunday viewing the tragedy in Florida as his vindication. By the end of the week his erstwhile allies were shunning him and Americans were telling pollsters that whatever he’s peddling, they weren’t buying it.

I think this will turn out to have been a watershed moment in this election campaign — the moment it became clear that Trump’s bravado, so effective in the GOP primaries, won’t work with the broader electorate.

What’s missing for Trump? In short, it’s that feeling of shared humanity that thousands sought in downtown Orlando on Monday night. Simple empathy.

He lacked the empathy and the class to behave like Americans expect a President to behave in a time of tragedy... 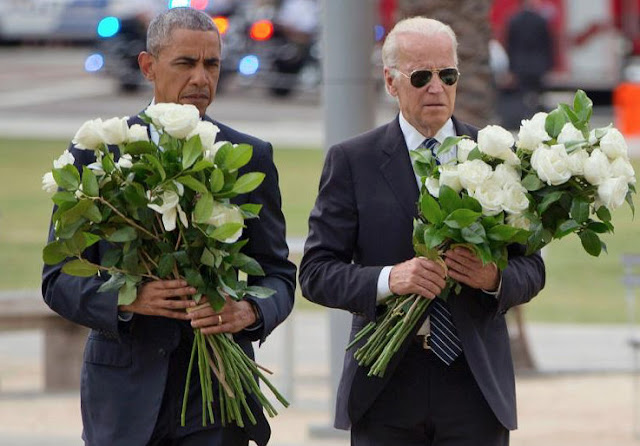 By so doing he may have a convinced a lot of people that he is not fit to occupy the White House.

And most fatally, allowed Hillary Clinton to soften her hard image, by portraying herself as more human than he is... 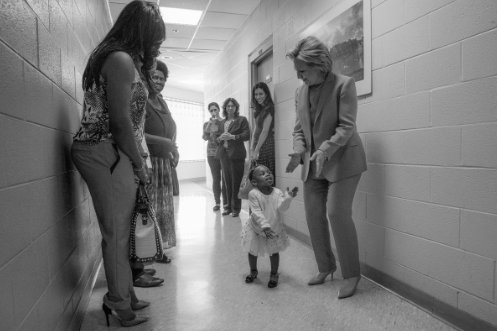 While portraying Trump as an absolute monster...


Hard to believe it's only been a year since Trump announced his candidacy for president. https://t.co/fYf3Kep3Qe
— Hillary Clinton (@HillaryClinton) June 17, 2016

Which in the end, in a contest between two unpopular candidates, could very well seal his fate.

At a moment of historic grief and distress for the American people, Donald Trump seemed uninterested in their basic humanity: the way they mourn, worry, trust, hope. That emptiness at the heart of him will be his downfall.

And should that prove to be the case, couldn't be for me a better ending to this American horror story.

A horrible tragedy revealed Donald Trump to be an absolute beast.

And all those poor gay people didn't die for nothing... 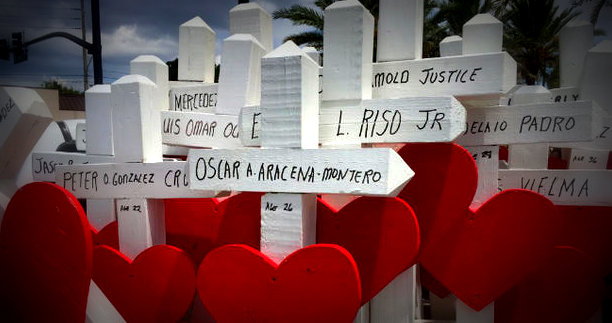 How can a Narcissist like Trump feel the pain of others? He can't and he won't.

The truth is that Trump's amateurish and improvised campaign can only take him so far. You need a good solid organization to get out voters and keep things going. This is looking more and more like Trump's campaign will end the same ugly colossal failure as Trump's airline, Trump's Taj Mahal Trump U and Trump steaks.

It looks like the GOP is already running from Trump faster than you can say Chapter 11. Gonna be an ugly summer and fall for Trump.

There is a saying 'Victory has many fathers and defeat is an orphan.' Well, good luck trying to avoid getting pinned for this one, GOP.

Hi Simon, Yesterday I was looking at some Clinton/Trump poll numbers (maybe same source as your first graph), and it seemed that the numbers reacted sharply to his Orlando outrage. I can't help but get the sense that this tragedy has permanently marked him in the minds of many.

I also read something a writer from the New Yorker said about him. He said that only now are the press doing their fact checking. So as you suggested, his free ads on MSM may have come to an end.

It starts on Labour day.

While at present the poll numbers favour Clinton, anything can happen in politics. The election isn't until November. Does Trump hope that there is a terrorist strike on American soil a few days before the election??? That to me is one of the ways Trump could win the election, just as Bush Jr. won his re-election after the 911 attacks.

well David that is a plan. don't know if Trump is smart enough to plan it but ISIS might prefer him as President, because of the train wreck he is, and arrange it for him. of course it might not work either, because we saw how Harper tried to stir things up and people just didn't buy into it.

In some European elections people have seen right wing nationalists rise in power and then at the last minute loose.

Much can happen between now and election day. This is no easy trip for Clinton. she isn't liked more, its that Trump is disliked more. I do expect her to win because many Republicans know Trump can do a lot of damage to their country and party. They will sit on their hands, at home and wait. Then they may try to get rid of the air heads and racist idiots and rebuild their party.

Trump did not appear presidential at all. He was congratulating himself. 49 people died and Trump was still all about himself.

As to fund raising the Republican H.Q. has given Trump a list of big donors who he is expected to call. He didn't. It would mean he had to listen to some one else and yes, thank you. Not in Trump's play book. Trump is not a successful fund raiser, unlike the other candidates, even if they have to do it $3 at a time. Trump thinks this is just an advertising campaign like selling ties. He doesn't understand its not. The selling of a candidate is difficult. When you sell a product you sell one thing. When you sell a candidate you sell not only the candidate, you need to sell all of their positions, policies, and families and friends. that is a huge sales program. its not one dimensional and that is what Trump is, one dimensional.

Trump does have a message for some and the one dimensional line works, but most people want more. Even those in the Republican party. Trump can wail all he wants he is going to make America great again, but sooner or later people will ask how. They will also ask why the jobs aren't coming back now. Why do they have to wait until he is elected, given he has so much influence and knows all these important people..........

of course anything can happen between now and election day and the fat lady hasn't sung yet. We will be in for some interesting day ahead. We have had our election and are in a good place. The Americans maybe in for the ride of their lives.

He's going down Simon. The only support he'll muster are the loonie tune whackos that subscribe to his vile mantra. If anything, it will expose the truly deranged in America and I'm sure someone will be keeping an eye on them.
JD

hi Dan...yes, his recent behaviour makes it absolutely clear that the man lacks any trace of human empathy. He is a narcissist without any doubt whatsoever. But fortunately that narcissism makes him believe that all he has to do is rant and rave, and he will win the next election. I must admit that for a while I thought he might actually pull it off, but not any longer...

hi TS...we all knew that Trump was hoping for a terrorist attack, but the way he reacted made that only too clear, and destroyed any chances that he might profit from it. It was just too obvious, and the man was just too gleeful. He actually got a little uptick from it, but if he had played his cards properly it could haven so much more. The man is such a narcissist he doesn't realize how bad he looks to others. Which of course is excellent, go Donald go...

hi David...well I suppose that's possible, but he just had the worst mass murder in modern American history land in his lap and he blew it. So even if there is another attack, I think he has inoculated Americans from the impact, and since Clinton is also blasting away, I don't see him gaining a big enough advantage to cancel out all his other mistakes....

hi e.a.f...the situation is now so bad some pundits are eve suggesting that he is trying to defeat himself to avoid being humiliated by Hillary Clinton. I'm not sure that I believe that, I just think that he doesn't know what he is doing. He thinks he can bluster his way to the presidency, he has buried the most powerful issue he had going for him i.e. the loss of jobs. And his blatant racism and misogyny has doomed any chances he had of expanding beyond his base of angry white men. Add that to a lack of a serious organization, and I can't see how he can win...

Combine this with the latest news that his campaign side kick was fired on Monday. Interesting times. I won't mind watching this shipwreck.

hi JD...yes, it being America I hesitate to make any prediction. But I'm feeling more confident every day that the orange clown is doomed. He's alienating more people every day, and while his base may love it, he's only motivating more of his enemies to come out and vote against him....

hi TS...yes the political thug Corey Lewandowski has been fired, and that after Trump promised NEVER to do that. And when the news broke one of Trump's other top operatives was so happy he tweeted "Ding Dong the Witch is Dead" and was also fired.
You're right, this is going to be more spectacular than the Titanic...