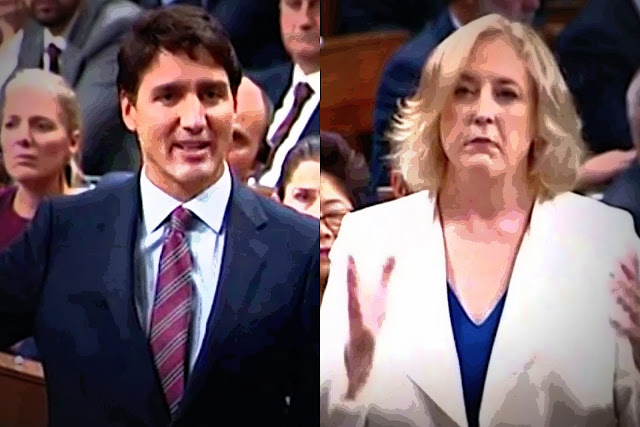 In my last post I looked at how Lisa Raitt had finally managed to provoke Justin Trudeau into losing his temper, and letting the Cons know how he felt about the way they were turning our parliament into sewer.

And the way Andrew Scheer's perverted Harperite cult was using a murdered child to try to smear him.

In his moment of anger Trudeau called them "ambulance-chasers."

And in that regard yesterday there was a sensational development, both pathetic and hilarious. 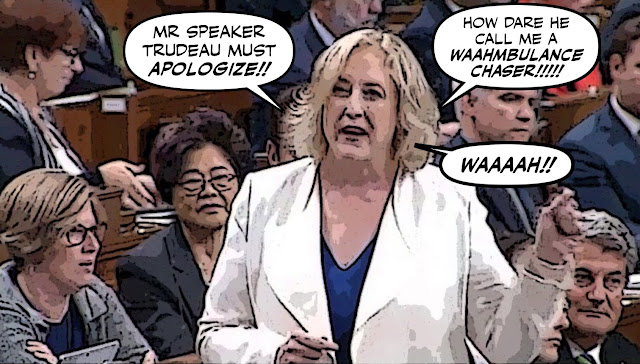 The Cons who spend their lives insulting and smearing their opponents, complained to the Speaker about being called "ambulance chasers."

A heated exchange between Prime Minister Justin Trudeau and Conservative MPs over Trudeau’s description of the Tory caucus as ‘’ambulance-chasing’’ politicians has led to a formal Conservative complaint in the Commons.

And to make matters worse they also claimed that the insult was directed at Raitt.

“It was un-parliamentary language, calling Lisa Raitt an ambulance-chaser, after she had asked a question about Tori Stafford,’’ Conservative Deputy Whip John Brassard said outside the Commons on Thursday morning. ” ‘Ambulance-chaser’ is a derogatory term.’’

Even though the record clearly shows that it was directed at the whole morally corrupt Harperite cult. 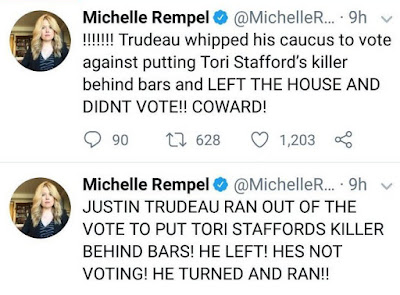 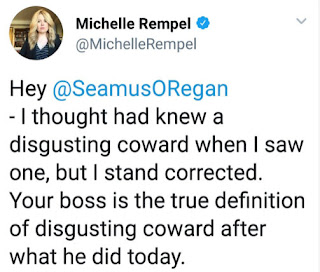 As only a cowardly Con hog could... 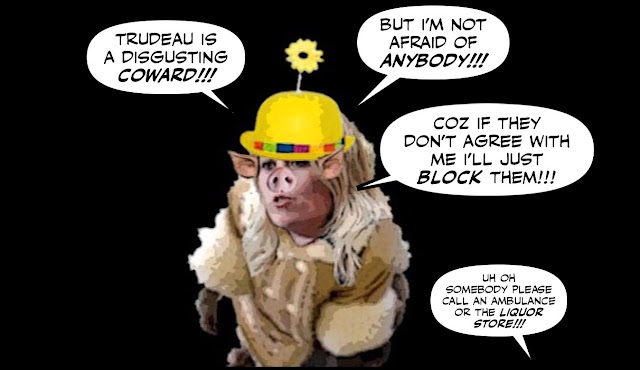 And if he wasn't so decent, so polite and so Canadian, Trudeau could have called them all something far worse: 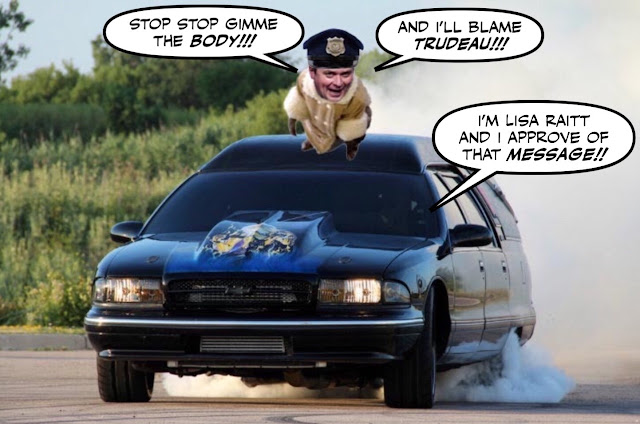 Because that's who those Cons are, who would exploit a murdered child for crass political purposes, and debase our Parliament by reading the bloody details of her death into Hansard.

With an obscene glee, or a state of arousal, that can only be described as pornographic.

Although in the case of Lisa Raitt, I suppose she could also be called an ambulance chaser.

For who can forget the time she called cancer SEXY?

Natural Resources Minister Lisa Raitt called the medical isotopes crisis a "sexy" problem and wanted credit for fixing it, according to an audio recording made public by the Halifax Chronicle-Herald after a court battle to suppress its contents.

Which was a crime against human decency so brutal and so loathsome, and one that caused so much pain to cancer patients all over the country, her political career should have been terminated there and then.

And would have been, if she wasn't such a Harper stooge... 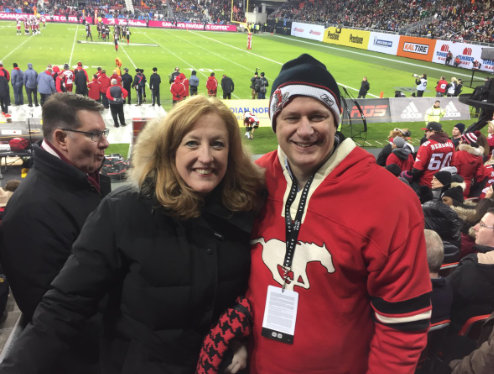 And hadn't served him so faithfully.

It's an appalling story of moral corruption, and one that couldn't be more depressing, or less Canadian.

But there is some good news: In the next election Raitt may be facing an Olympic champion.

Sprint kayaker Adam van Koeverden announced on CTV’s Your Morning Thursday, that he’ll be seeking the Federal Liberal nomination for the Ont. riding of Milton in the next election.

A man who is as decent as Raitt is disgusting.

I will be a candidate that reduces the amount of mudslinging. I’m not interested in having those types of debates. I respect my competitors,” he said. “I think at the end of the day we all have the same goal. As kayakers we all wanted to win races, well we all want a better country as politicians.” 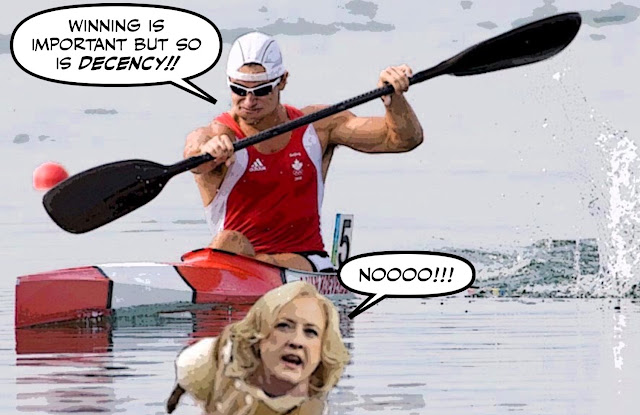 Leave her floundering in the Con swamp of her own making. Hopefully bobbing up and down with all the other nasty Cons.

Which would of course, make our parliament cleaner.

And our country a better place...

I live in Rats riding. Its a tough place for Liberals. More than half of the population is South Asian. The other half old white people. Rat won by 1200 votes last time.

In other news Fat Steve has a new book. An expcerpt is front page news on the conservative pravda. In summary I was great Canada did not deserve me and wants me back.

What is missing from the MSM commentary where they are agreeing with the cons, is the fact that the NDP and Green both voted with the liberals. So the people spoke and only 30% want law of the jungle.

Who can forget her despicable "cancer is sexy" line eh Simon? Did she ever give any lame explanation for such an idiotically shameful statement?
Shameful and disgusting. Raitt and Rumphole.

OK, I usually find you over the top, but fair's fair, and Raitt deserves this roasting. Also Rempel is such a nasty little Con ankle-biter, she needs a comeuppance too. Whenever either of these two get on TV to bloviate, I know all semblance of sense and decency will be cast away, leaving nothing but phrases from that bestseller "Conservatism for Idiots" and recycled slogans posing as policy like: The Free Market solves All. Jeez, just think if we had known that 80 years ago, we could have avoided the Depression and WW2, while Keynes would have been rendered redundant and forced to fiddle for his supper next to a bus stop.

Rempelthinskin has also blocked half the country on Twitter and has been shrieking into an echo chamber for months. Meanwhile, Raitt has been called out for threatening to doxx a Twitter user who makes commentary on political issues and has criticized the Cons for their barbarity. Scheer's Cons have really shown their true colors and proven to be utterly psychotic. Dangerously so, in fact.

And another Twitter user sent a thread to Scheer about a dear friend of hers who was murdered, and whose killer faced outrageous leniency in sentencing -- yet nary a peep came from the same Con peanut gallery that is using Tori Stafford's case to dog-whistle for political points, which as I pointed out has eerie echoes of the Mollie Tibbetts and Kate Steinle murders in the USA. I sincerely doubt Scheer bothered to read the thread from "Grumpy Grannie"; I doubt he either knows or cares that the memo, let alone this poor woman, even exists.

They really are deplorable. There is no other word that can describe them. And the "if it bleeds, it leads" cash-starved media that is only willing to aid and abet their savagery can only be described as enabling a lynch mob themselves.

Simon, I'm getting worried. I'm seeing an increasing level of chatter on social media from these frothing Rebel scum and Ontario Proud trolls who want to "level the score" with Trudeau and are even bringing little Ella-Grace into their savage cage-rattling. And they're warping Rodney Stafford's own message: "As a father, how would you feel?" In other words, they want Trudeau to know firsthand what it feels like to lose a daughter. Mr. Stafford doesn't want this eye-for-an-eye vigilantism that the Cons are whipping up and using him as an unwitting spokesman for. This isn't a good-faith debate about criminal justice reform. It's "barbaric Conservative practices." It's vile, it's scary and it's gone too far.

Scheer's stochastic terrorism rhetoric is radicalizing "patriots" to "hope for" or threaten the worst, and we know already that the Québec mosque shooter and Fredericton shooter were both fans of Rebel Media. He needs to STFU and call off the rage mob before someone gets hurt or killed. Or the RCMP needs to get involved immediately. This is not only unparliamentary behavior of a political party, and a Canadian one at that. It's Trumpian, and it's borderline criminal. It would appear that nothing is too much for a depraved sadist like Andrew Scheer. He needs to either resign or muzzle the attack dogs before he indirectly causes a tragedy!

Was Rat not also in charge of the ethnic Nark line?

There was a time when I thought that Lisa Raitt might be at least slightly better than the other Cons. During the leadership race she sold herself as a progressive Conservative. But since Scheer became leader she has gone down the drain and is now a bad as him. Pity..

something reasonable in the globe
https://www.theglobeandmail.com/opinion/article-politicians-cant-interfere-with-where-and-how-tori-staffords-killer/

Hi Steve....I read the excerpt from Harper's book in the National Post, but had to struggle to read it all because it was so boring. I still suspect he's looking to make a comeback, but that book won't be his ticket back...

Hi anon.@11:25 AM...Raitt tearfully apologized for her callous remark, but some things can be forgiven and some things cannot. Since she is now one of Scheer's pit bulls I thought it was about time to remind people about her appalling record. Next, the Lac Megantic disaster...

Hi BM...I'm proudly over the top, I write to try to appeal to myself and young voters, but I like to think I'm usually pretty fair. Raitt and Rempel seem tombs in a contest to see who can be more rabidly partisan. And although Raitt is not yet as bad as Rempel, she's getting there.As for the slogan "the free market solves all," I recently read a study about the lasting effects of the 2008 economic collapse, and I think it's time they retired that slogan. It works for the rich but that's about all...

Hi Jackie...You are right to be worried. The frothy hatred the Cons are always aiming at Trudeau is scary, it has gone way too far, and if it isn't reined in it could lead to tragedy. What's interesting is that this hate has very little to do with Liberal policies, and seems to be mostly because of Trudeau's support for gender equality. Old and toxic masculinity is running rampant and affecting countries all over the world. The old Republican men in the Senate are a case in point, and wherever they are they need to be read the riot act...

Hi Steve...not that l remember, but I have quite a file on Raitt dating back to the time when she was in charge of the Toronto Port Authority in my neighbourhood, where her extravagant expenses led to an investigation which she was lucky to survive....

Hi Steve...I no longer have any respect for our Con media. This country is center left, but they show no respect for the majority of Canadians, and keep beating their right wing drums just to please their corporate masters...

OMG, those Conservatives are such snow flakes. Can't stand being called an ambulance chaser? Oh, their tiny feelings were hurt. Well put on your big person pants and get with the agenda. They turned politics into a blood sport, so here it is.

Now having said that, being an ambulance chaser isn't a bad thing. Some people do it for the thrill. Usually the term is used for lawyers who handle personal injury cases and they do serve a purpose in this world. Yes, perhaps some approach the victim a tad too early, but with out these lawyers many people would not receive the compensation they need to get through life or to make them "whole" again. So there is nothing wrong with being an ambulance chaser. there are whole law firms which advertise, that they do exactly that. handle personal injury claims.