The Carbon Gang And The Planet Burning Cons 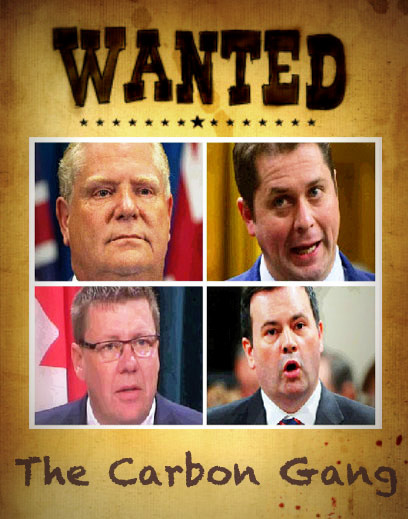 They are the ring leaders of the so-called Carbon Gang. The gang that never saw a carbon tax they didn't want to kill.

And they like to brag about that all the time. Or should I say they did.

Because unfortunately for them a new apocalyptic report makes what they're doing look both crazy AND criminal.

So much so that Andrew Scheer is now complaining that Justin Trudeau's Liberals are the ones who are consumed with carbon taxes.


.@AndrewScheer says he's frustrated that the conversation around climate action has been consumed with the carbon tax. He says whether you're for it, or against it the Liberals are trying to frame that as you're either committed to the issue or not #cdnpoli pic.twitter.com/d5UzBaWBEJ
— Power & Politics (@PnPCBC) October 9, 2018

When in fact it's Scheer and his ghastly Cons who have been beating us over the head with their ghastly carbon tax attack ads for what seems like forever... 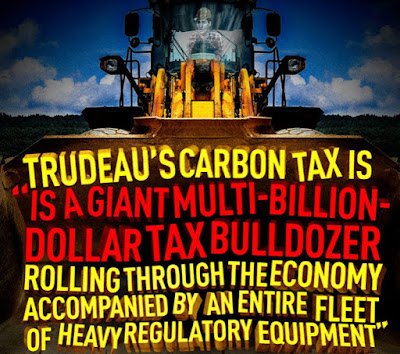 Even though in its report, the IPCC declared carbon taxes to be the best way to reduce emissions, and help save the planet.

Which means that Justin Trudeau is going to be able to use that against the Cons in the next election campaign... 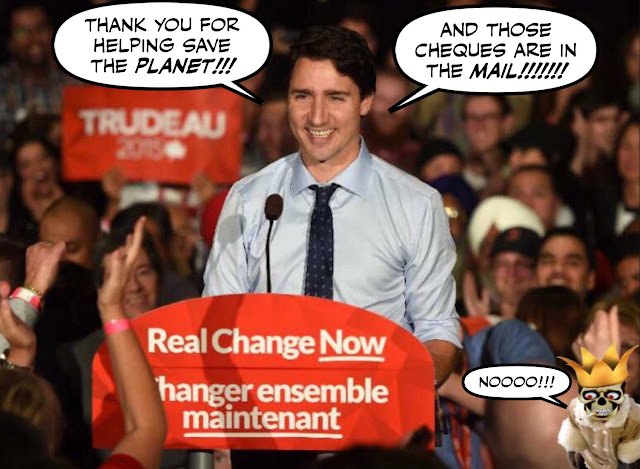 Declare that he's doing what the IPCC report recommended, AND putting money in the pockets of Canadians.

While the Cons can only hope that next summer, the one just before the election, isn't as hot or hotter than the last one.

Or risk looking even more ridiculous than usual... 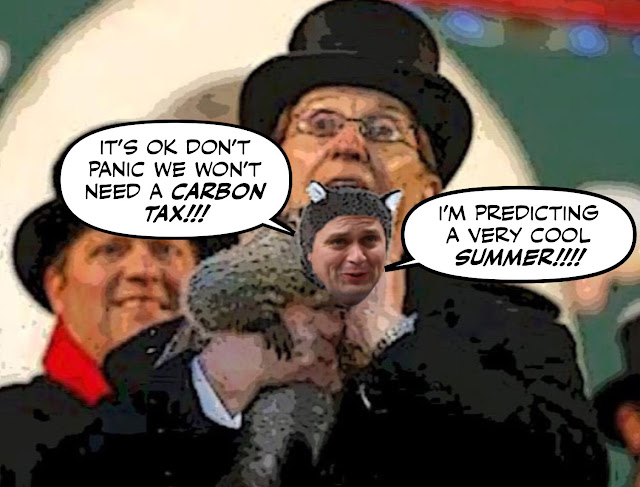 Or even more dangerous.

For let's never forget that the Carbon Gang Cons are fooling with the future of the planet.

They will almost certainly be charged one day with crimes against humanity.

And the verdict of history will be a harsh one... 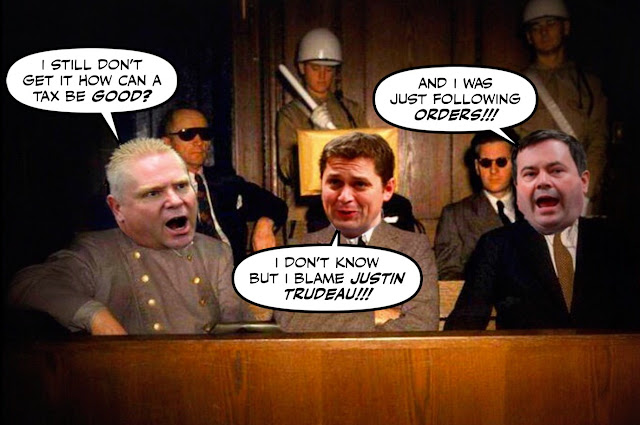