Donald Trump and the Deadly Deniers 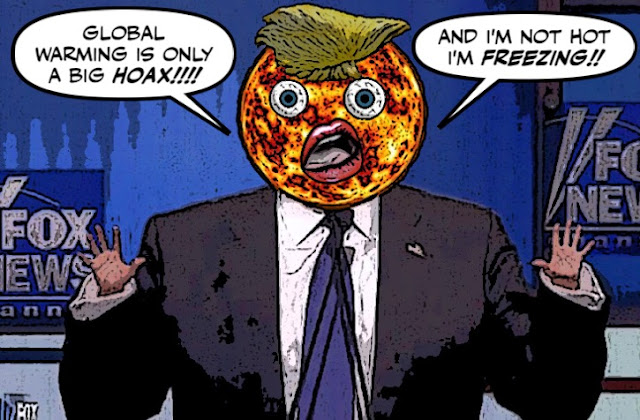 We've known for a long time that Donald Trump is a climate change denier. For a long time his ridiculous tweets have made that only too clear.

And although the sweltering heat, and all those hurricanes, have forced him to admit that in his words "something is going on out there."

He's still, as Paul Krugman writes, floundering about like a beached whale, or a maniac in a straitjacket, in the three stages of climate denial. 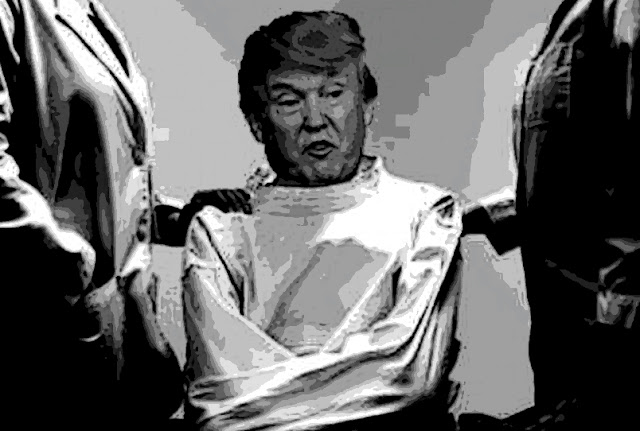 Or in the sweaty grip of cockroach ideas.

These are the stages of climate denial. Or maybe it’s wrong to call them stages, since the deniers never really give up an argument, no matter how thoroughly it has been refuted by evidence. They’re better described as cockroach ideas — false claims you may think you’ve gotten rid of, but keep coming back.

Where Boss Trump and his Con cockroaches try to downplay the ugly reality.

Climate change models “have not been very successful,” declared Larry Kudlow, the top White House economic adviser. Actually, they have: Global warming to date is well in line with past projections. “Something’s changing and it’ll change back again,” asserted Donald Trump on “60 Minutes,” based upon, well, nothing.

As only Cons can.

They don’t really believe what they’re saying. They’re just looking for excuses that will let people like the Koch brothers keep making money. Besides, liberals want to limit emissions, and modern conservatism is largely about owning the libs.

And it is the ultimate example of Trumpian corruption.

But the good news is that climate change will almost certainly be the final nail in the coffin of the Trump regime.

As more Americans realize where he is taking them.

Or realize as the English historian Simon Schama once wrote, where the indifference to truth might lead them.

As some had predicted right from the beginning.

Trump and his deadly deniers may think that they can still get away with it.

But like the Cons in Canada they don't seem to understand that everything has changed.

Our only home is in mortal danger.

The future is fighting for its life.

And it will be the one that destroys them... 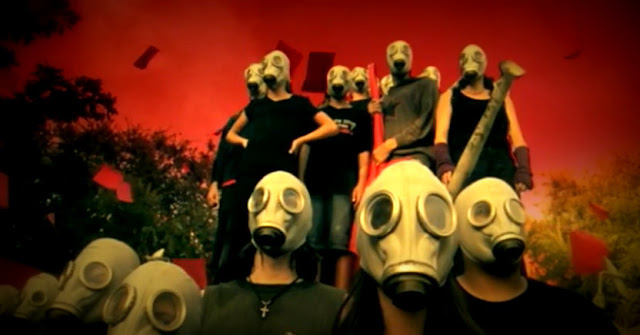 Climate Change is another fact that the MAN has learned to manipulate by sowing confusion. The best modern example is smoking. Look how long it took for the science to win. Climate change is the new smoking, but the stakes are alot higher.

The death of the Saudi jouralist is another example. It appears the spin will be we where just going to torture him, but he could not handle a bone saw, so my bad but nothing to see here folks.

Well in the case of climate change the facts are simple. Its the PPM of CO2 in the atmosphere. There is no doubt, no denying, no theory, just facts. If you add gas to a container it retains heat, thats all. The experience of the volcano in Iceland proves that all the airplanes that were grounded spew daily about 3 times what the volcano that grounded Europe did.

Cons in Canada and the US are heavily invested in bullshit. Every time a denialist like Trump or Scheer opens his mouth, he lets out nothing but noxious methane poisoning the public discourse. Trudeau should slap a carbon tax on the Cons and make them pay by the word.

Steve's example of cigarettes is spot on: Nixon might have signed the EPA into existence, but it was his SCOTUS justice Lewis Powell who built the "both sides" disinfo machine, because he sat on the board of Philip Morris and couldn't stand the fact that science and public health awareness were getting in the way of them making a killing in the markets.

Money pours in, crap pours out.

You can't explain that.