The Harper Oil Pimps and the Attack of the Billionaires 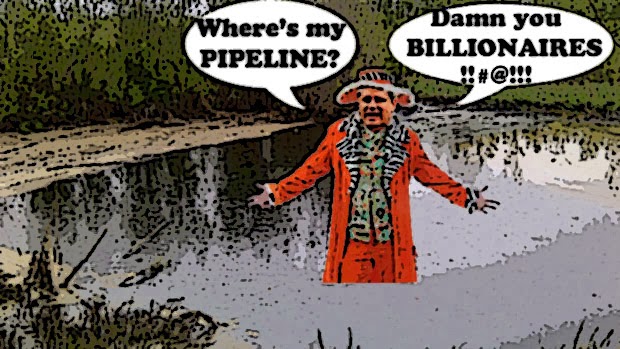 Well you'd think Stephen Harper and his pipeline pimps would be celebrating the U.S. State Department's decision to declare the Keystone project almost good to go.

The State Department released a report on Friday concluding that the Keystone XL pipeline would not substantially worsen carbon pollution, leaving an opening for President Obama to approve the politically divisive project.

But strangely enough they're not. They're worried, angry, and bitter about BILLIONAIRES !!!

And not just because the report may be corrupted.

The State Department is expected to shortly release the results of an inspector general’s investigation into the preparation of an earlier draft of the environmental impact report. The investigation was ordered after an environmental group obtained documents indicating that some consultants for the firm that wrote the draft report had previously done work for TransCanada, the company seeking to build the pipeline.

If investigators determine a conflict of interest in the preparation of that draft, the State Department may have to conduct a new environmental review.

Not just because the fate of the project is still in Obama's hands, a man they've gone out of their way to antagonize... 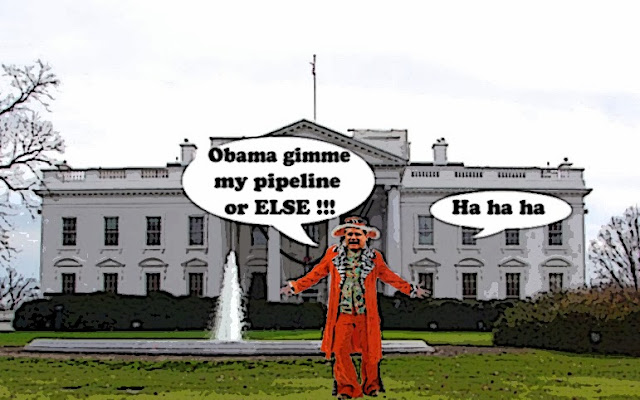 And not just because they're in a desperate hurry, because they know that all it would take is another deadly heat wave in the American south, or a disastrous drought.

And it would be game OVER.

They hate it so much, they're practically foaming at the mouth.

And have just fired back with this one...

Which is not only gratingly bad and aggressive, as only the sinister Cons can make them.

But also comes with a petition from Oily Joe Oliver.

Friend, As you may have heard, some American billionaires are using their wealth to attack our oil industry. These billionaires ignore the fact that U.S companies are major players in the Canadian oil sands, and the fact that Keystone XL will create tens of thousands of well-paying jobs for Canadians AND Americans.

Which is absurd to the point of derangement, with its attack on "American billionaires."

When Stephen Harper's lips are chapped and bleeding from blowing the sinister Koch brothers. 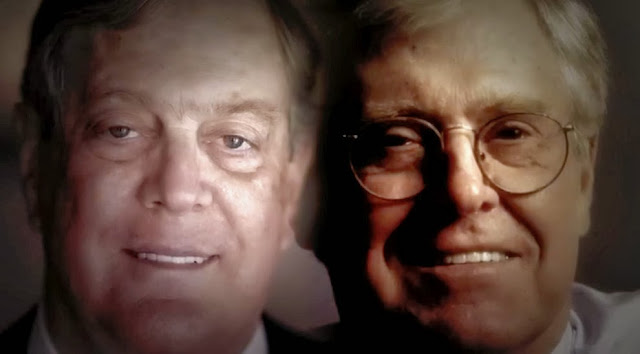 And other Big Oil billionaires.

And Oily Joe Oliver's claims are misleading to the point of being fraudulent, when even the U.S. State Department admits the project will only create about FIFTY permanent jobs.

But what's really interesting is that the ad seems aimed as much at Canadians as it does at Americans. If not more.

And no wonder eh?

Because the last thing Harper and his pipeline pimps want any Canadians to believe is that they are selling us out to foreign interests... 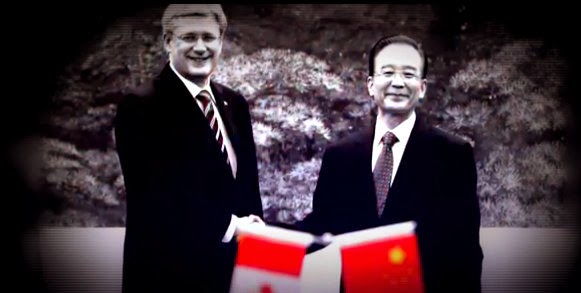 And trying to turn us into a low wage economy.

But of course we know that's exactly what's happening.

And whether the pipeline is built or not, we shall use that image against them in the next election, to devastating effect.

The Keystone pipeline was always a go. Harper and Obama's spats a total scam. Heads-up on the meeting of the 3 Amigo's coming up shortly. The TPP a corporate give-a-way of which, Harper was working on behind our backs as usual.

Corporations are, bottomless pits of greed, they are pushing for the NAU. They only want one government to deal with, the easier to thieve. Corporations also want, a huge cheap labor pool. That is why Harper has sneaked thousands of foreigners over and training them for, the oil patch and BC mines.

Harper also doesn't want, a next election either.

Got a note from my cousin today. She lives somewhere in the Los Angeles sprawl. Says they are finally getting winter weather (60 degrees F with feel of rain). Up until now it has bee in the 80s F. Not good, she says.

Most populous state, isn't it? Drying out and burning. I'm not sure Obama will pass this.

just loved Stevie's outfit. Reminds me of a night club we had in Vancouver in the 70's called "oil can harry's" and yes there were lots of guys in those types of outfits.

Why oil can stevie is so critical of the Ukraine and gives China a pass is an on going questions. What the president of the Ukraine is doing and Putin in Russia is just as bad as China. So why does Canada continue to welcome China into Canada>? Its time to treat the government of China just like any totalitarian state which oppresses its citizens and reeks havoc on its citizens who disagree.