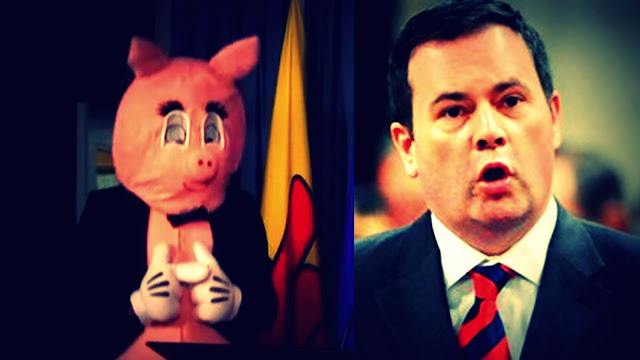 Hallelujah. I see that Jason Kenney has finally been rewarded for his outstanding work on behalf of the Con regime, the grateful religious fanatics of Canada, and of course the Lord Himself.

No, he still doesn't have Harper's job, or even his old job back as Minister of Immigration and Ethnic Banquets... 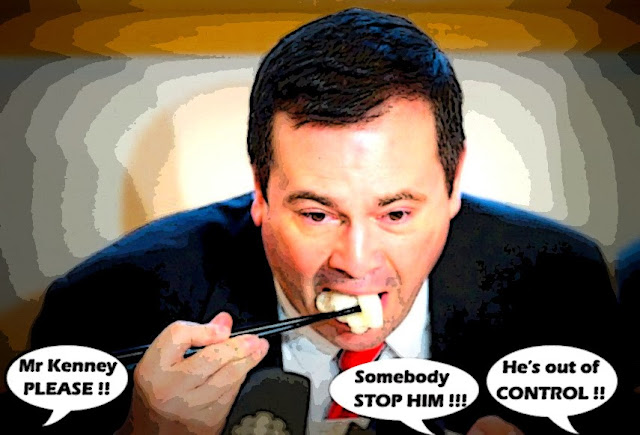 The job he misses so much.

But at least he has a Teddy Award !!!

Employment and Social Development Minister Jason Kenney, come on down!

You — or, at least, your department — just won this year's "Teddy" award for most egregious waste of federal government money, thanks to the $2.5 million spent on prime 2013 Stanley Cup ad placement for what the Canadian Taxpayers Federation describes as "the non-existent Canada Jobs Grant."

Which wouldn't mean much to most people, since they're more like bottle caps than medals eh?

But since the Canadian Taxpayers Federation is on the same side as the Cons it has to be embarrassing.

Because you can imagine the attack ads eh? 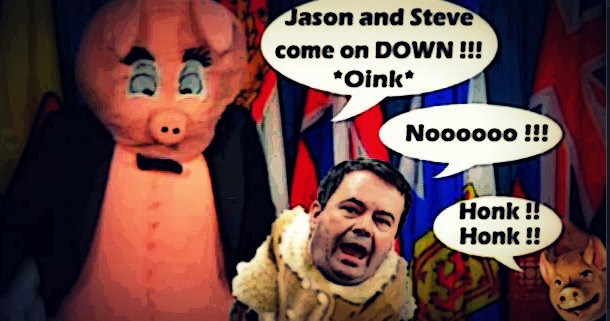 And the last thing the Cons need is to remind people of these porky ads...

Especially since this latest embarrassment comes so soon after that other porky story.

The one where after vowing that there would be no free lunches they were revealed to be gorging themselves like hogs and sticking the taxpayers with the tab. 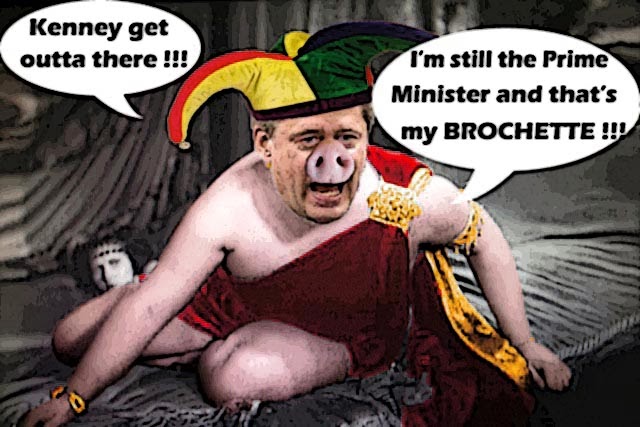 Which also may appear to be a small story but really isn't. Because like the Teddy Award it's a story even the dumbest Canadians can understand. And the picture it paints ain't pretty.

Which explains why the Cons are in such state of damage control that even their old/new hired gun Guy Giorno has been called upon to defend them.

The Prime Minister’s Office is taking heat for thousands in questionable lunch expenses, and the opposition parties say a former high-ranking member of Harper’s team wants to make sure other top public servants suffer the same fate.

By ratting out other public servants in true Con style.

Even though that only makes the problem seem even bigger, and Giorno was the one who set-up the free lunch program in the first place.

But then they are desperate. People forget that. They have a really bad image, and every small incident only serves to reinforce it, and drag them down further.

Which no doubt explains why Kenney hasn't responded to his Teddy award. Is confining himself to sending out tweets like this one:


Good article in @nationalpost on the disruptive proposal to build huge wind turbines next to a Bhuddhist sanctuary: http://t.co/bRjyZjQZyR
— Jason Kenney (@kenneyjason) February 25, 2014

And was last seen in a picture he tweeted from somewhere in Nunavut.

In some place where that porky award can't find him.

Disguised as a bear or a walrus... 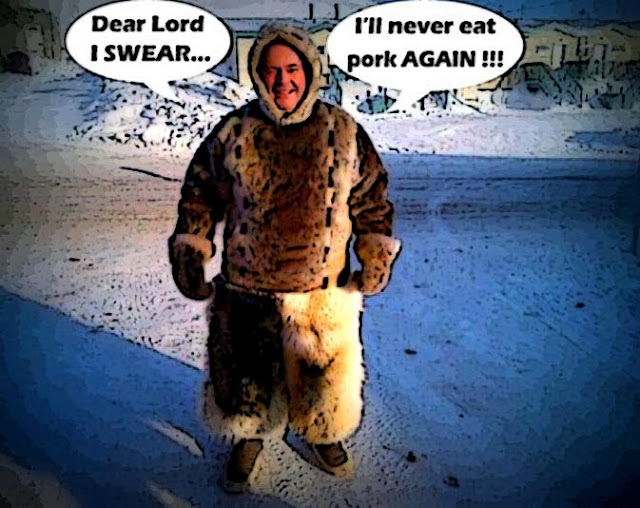 You know, when you think about it, we're going to have enough material to make a million attack ads.

But after the first hundred.

There won't be much left of them...

with what the wasted on the ads for the non existant training programs, they could have kept the Veterans Affairs offices open, not to mention hire a few shrinks so people in the Armed Forces and its retirees could get proper mental health care.

Its like Nero fiddling while Rome burnt. The cons are eating and playing their way through our tax dollars while another Veteran killed himself. Nice going for the slimers. That makes 11 people who have killed themselves in the past couple of months. If this were a new disease, the politicians would be all over it.

I agree, desperate. Blake trying to defend inhumane treatment of prisoners was interesting. Although he couldn't, he gave it a go. It seems to me they realize they're drowning in a shit-storm of logic. Facts. You know, like statistics, they run in fear from, or evidence they shut out. HTF is a guard supposed to know who is in for what, at anygiven moment, in order to modify treatment of the inmate? I know, they're all treated the same...PsOS. And Vic Toews said 'growing a tomato plant wouldn't have helped Ashley'. The work farms--shut down. Prime farm real estate, don'tcha know? Oh and the ONLY facility to treat ill inmates, physically and mentally closed. Phenomenal beach-front (Lake Ontario) property, and prime real estate. Didn't you know?